To Reveal or Not to Reveal? The Truth about Santa 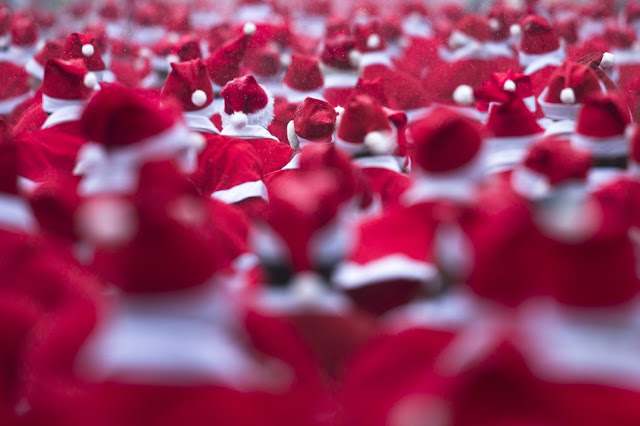 There have been so many remakes of the song "I saw mommy kissing Santa Claus" but no matter the version it always gives me the giggles when I think of what the song really signifies and how naive I was as kid as I was totally oblivious to my parents deception. I think I was about 12 or so when I found out that Jolly old St. Nick was really my sneaky parents who one year let one of the gifts get trapped in between their closet door as the Power Puff Girls  holiday wrapping paper and shimmery bows enticed me to pry a bit further inside, only to call my then six yr. old sister in the room to be my accomplice. Yes...to this day she"ll never let me live it down that I ruined all her future Christmas eve's and in return she spoiled the secret for our brother a few years later.

How did you find out that Santa wasn't real? {sorry if this brings up any traumatic experiences}

Last year we caved to the tourist attraction that is Santa Land at the Macy's on 34th street because my bestie Liza was in town from Arizona with her fiance and their kids. I know that my hubby is not a big fan of crowds and had my fingers crossed that the experience would go smoothly, otherwise I'd never hear the end of it. To our surprise the lines were swift and we were in and out and took great FREE pictures in less than 30 minutes. As we were getting escorted to our little toy shop to see Santa in, I remember CJ questioning how was it possible that Santa could meet with and talk to all the families that showed up, so quickly. It took me a moment but realized that Santa Land differs from other typical mall Santa's because they have several jolly plump fellas tucked away in these little toy shops and innocent little kids, and probably a few unsuspecting adults aren't even aware of the maze of planted Santas. 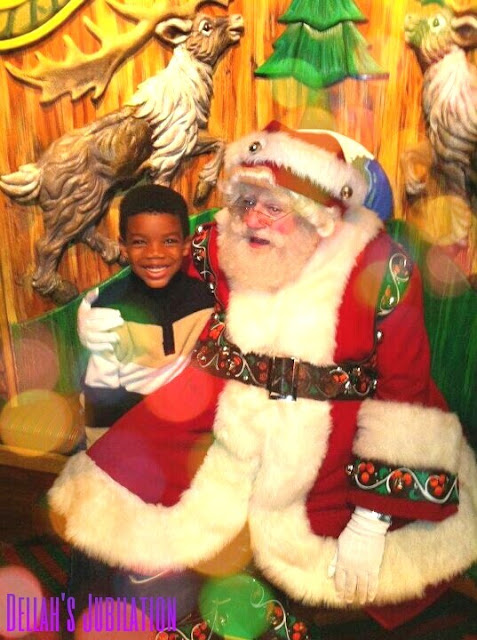 As CJ gets older I'm finding it harder and harder to keep the truth about Santa hidden but I find his innocence rather sweet in a world of skepticism and disbelief. Even when a friend tried to ruin it for him, CJ insisted Santa was real because he knew mom and dad couldn't get him all those gifts {although we make sure our names are on the presents of the really awesome ones}. This year we went candy-land ornament shopping in a neighborhood mall and passed a "Take your picture with Santa booth" and spread out on the chair was Santa's hat and outfit. CJ turns to me and says "Mom is Santa walking around the stores naked?" I wasn't going to deal with this question alone so I called over Santa's helper, who explained to CJ that Santa had to make a quick stop to the North Pole. I raised an eyebrow to the elf as if to say "Is that the best you can do?" CJ snapped back " but it's freezing in the North Pole, he can't walk around without clothes" and we walked off with CJ shaking his head in confusion and the elves laughing to themselves. I'm relieved that we"ll at least make it through one more season of believing.

Santa image source: blogs.voanews.com
Posted by Dellah at 9:57 AM