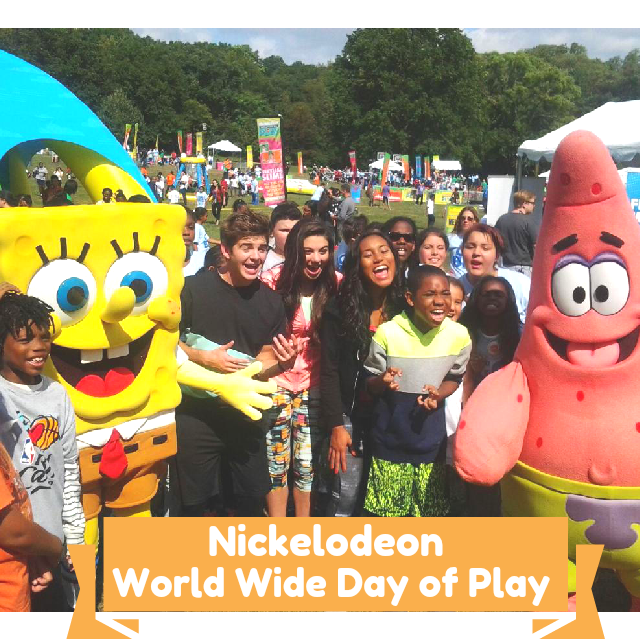 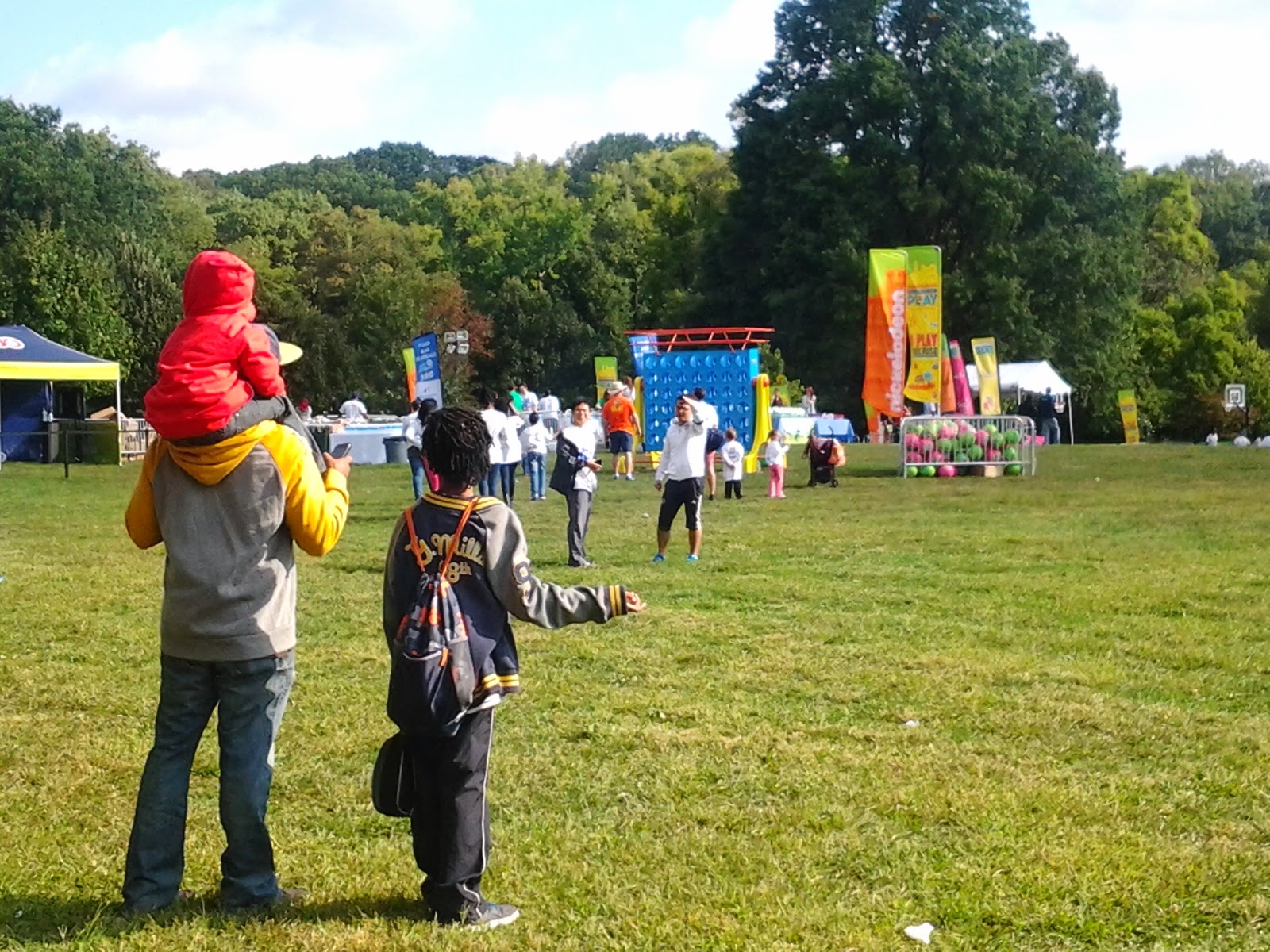 We love our family time at home, especially when we get to chill out on our couch with a bowl of buttery popcorn after an extremely busy week.  We really get to enjoy each other's company while watching & cracking up laughing at our favorite Nickelodeon shows like Instant Mom, The Thundermans, The Haunted Hathaways and LabRats. Just as equally important to us is that we get away from the hours of screen time that can consume us watching television, checking emails and when gaming, so that we can get outdoors we try to explore new places and get in some physical activity like tossing around a football, riding scooters and rock climbing.

This fall, Nickelodeon empowered kids to get up and get active as their TV channels, websites and app went off air and offline for its 11th Annual  Nickelodeon World Wide Day of Play #WWDop. Nickelodeon, Nicktoons, Nick Jr., TeenNick, Nick.com, NickJr.com, Nicktoons.com, TeenNick.com and the Emmy Award-winning  Nick App all participated and the network's national pro social partners ~ United States Tennis Association, NFL PLAY 60, the Boys and Girls Club of America and many others - hosted several thousand local events across the country to help celebrate kids' love of play. 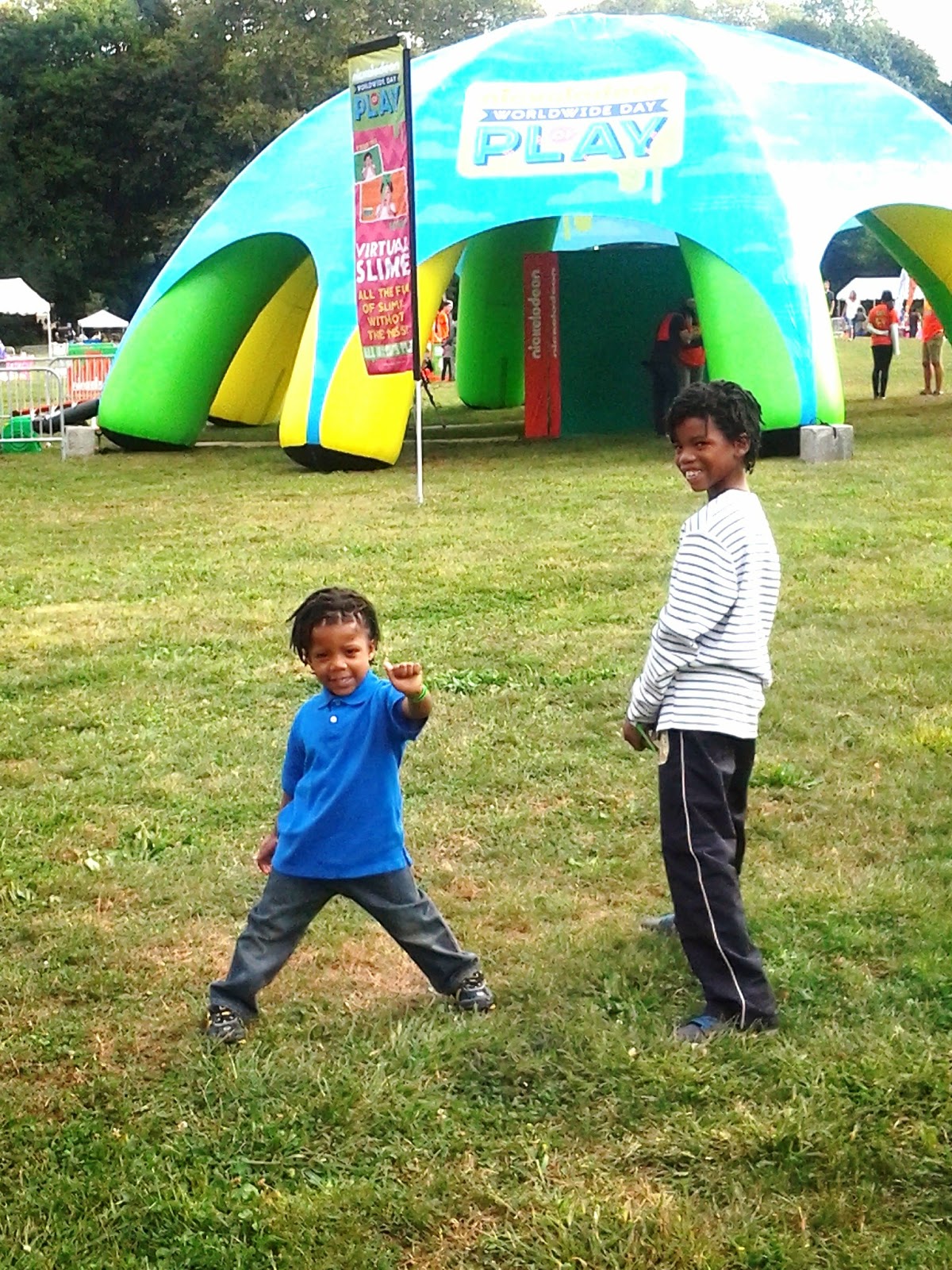 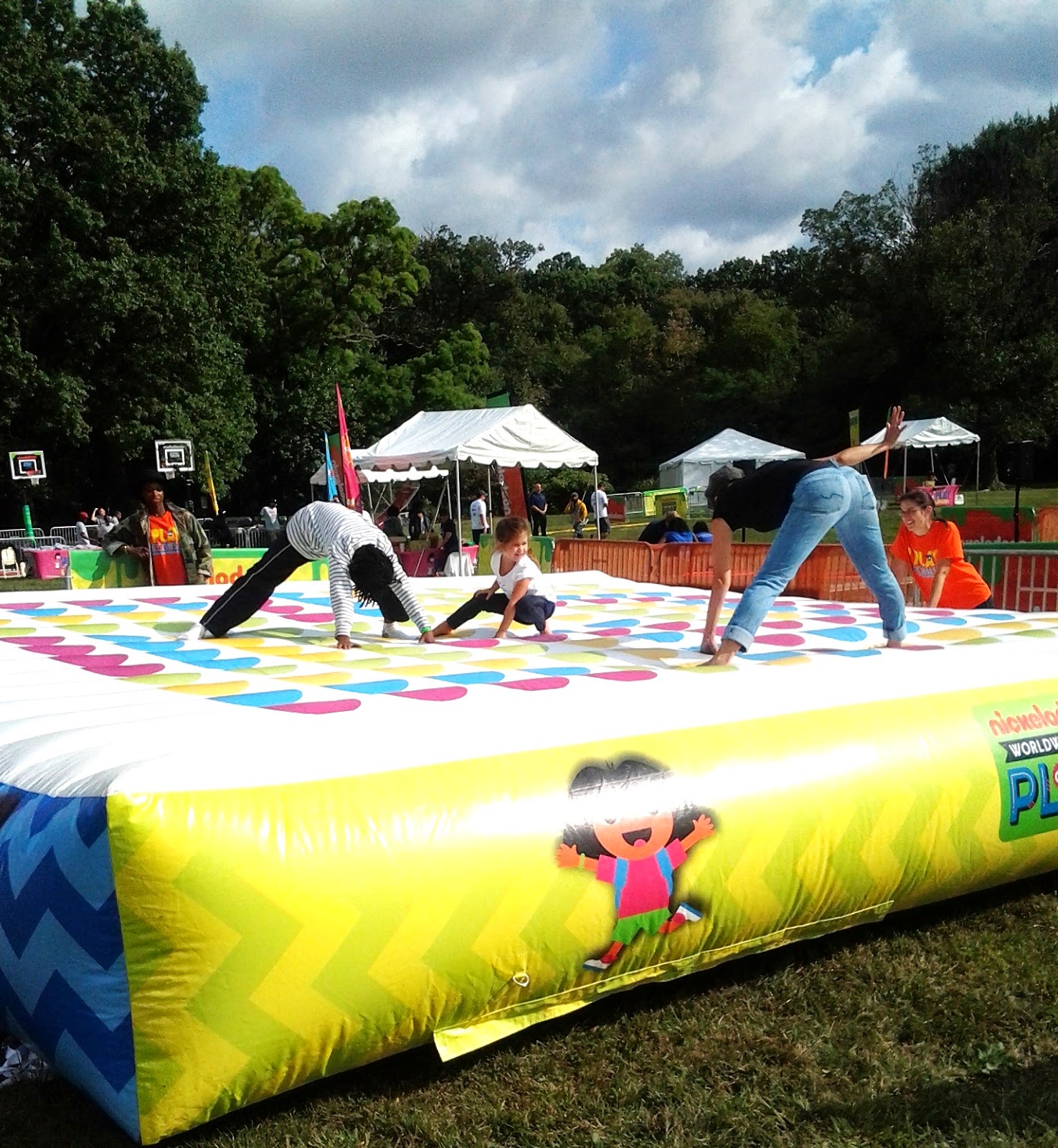 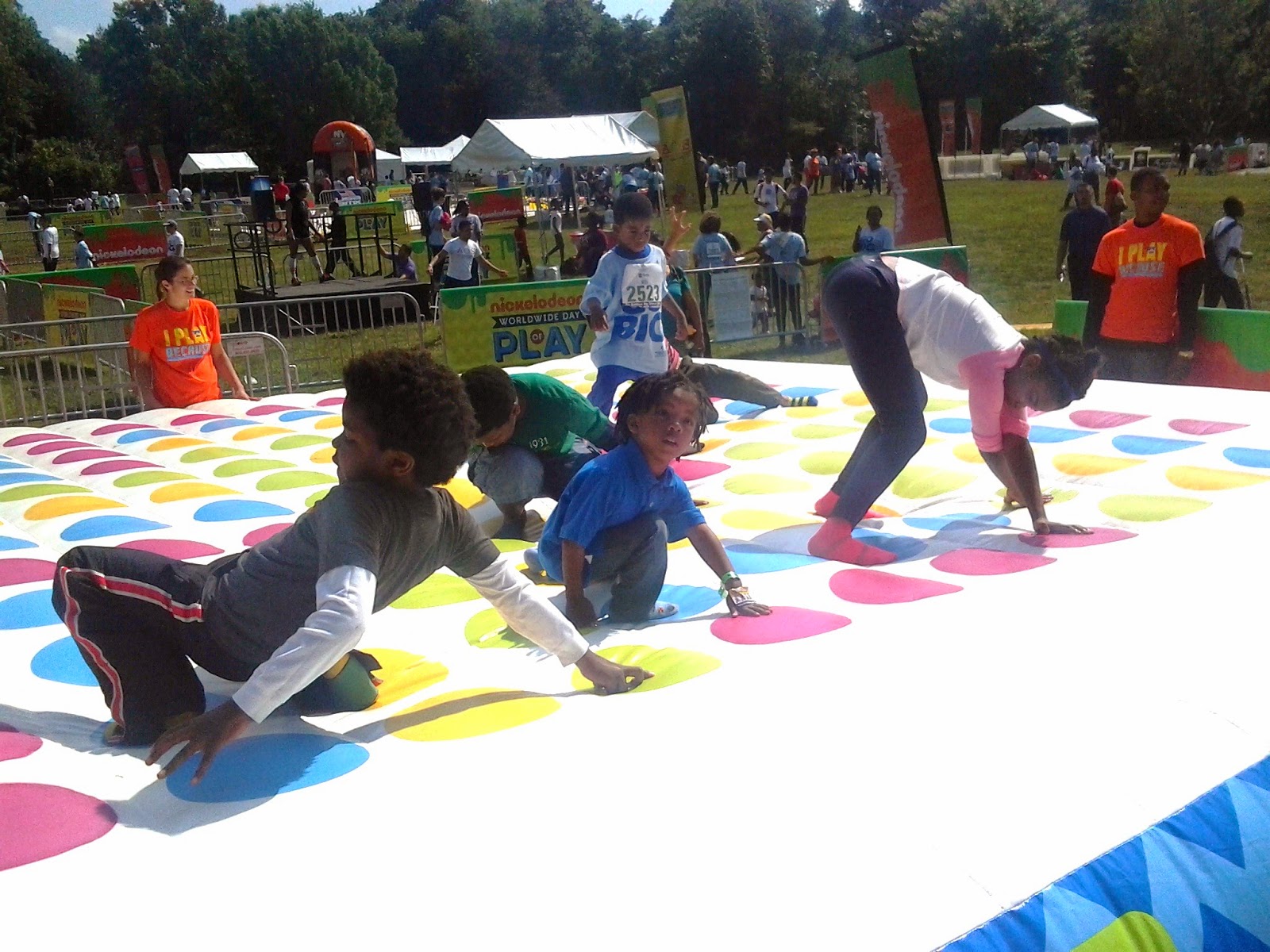 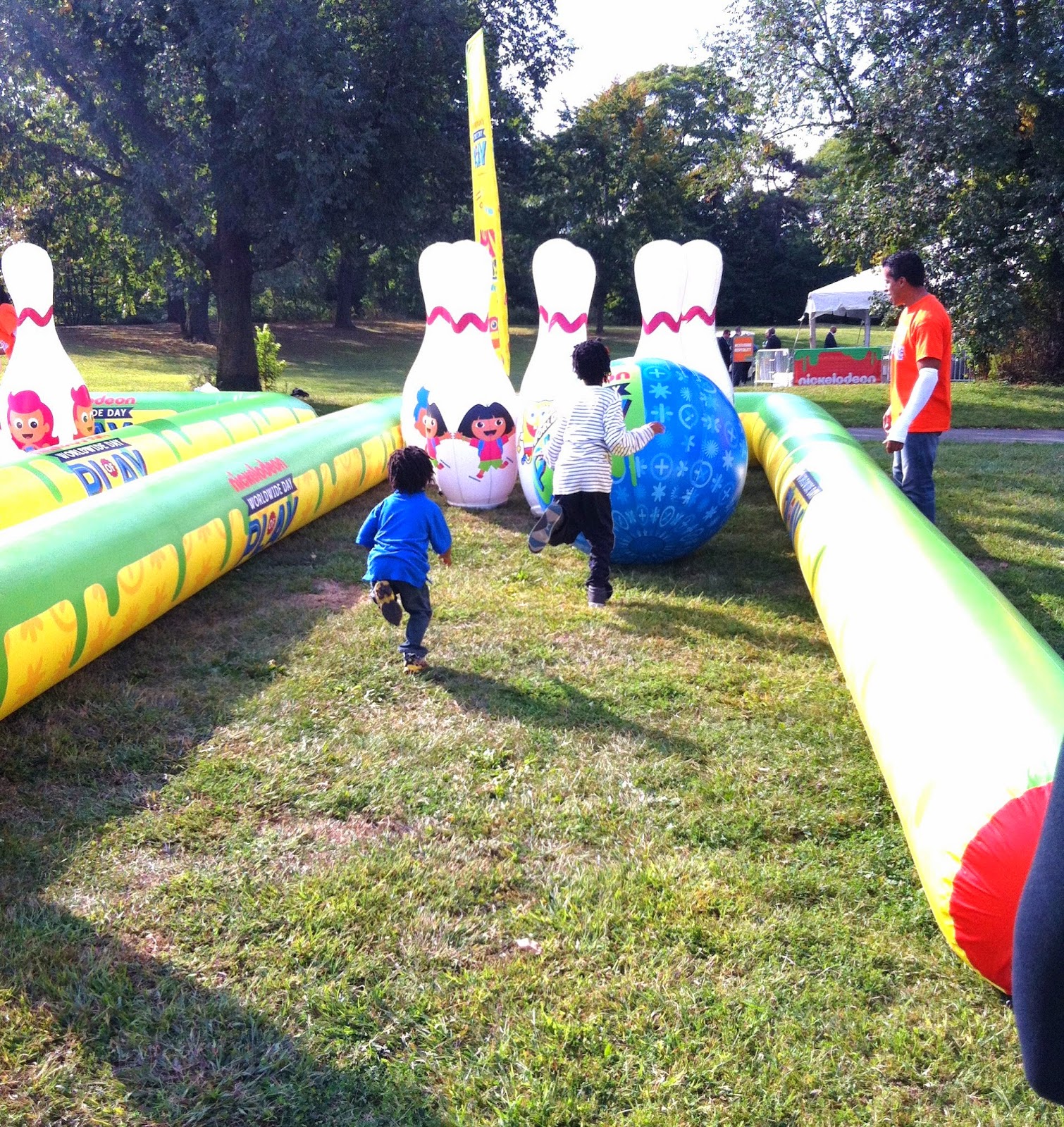 Almost 4,000 events were hosted to encourage kids and their families everywhere to be more physically active & thanks to local blogger Rebecca of The Mommy Sauce, my two  monsters and hubby had the chance to join in on the fun at Prospect Park in Brooklyn, NY. The boys had such a blast and enjoyed playing awesome Nickelodeon-themed games, meeting costumed characters they love to laugh at like SpongeBob and the Teenage Mutant Ninja Turtles and live-action stars they are huge fans of such as Sydney Park and Tylen Jacob Williams (Instant Mom), Jack Griffo and Kira Kosarin (The Thundermans) and NBA player J.R. Smith (New York Knicks) and former NBA/WNBA players Larry Johnson (New York Knick), Kym Hampton (New York a Liberty) and Felipe Lopez. 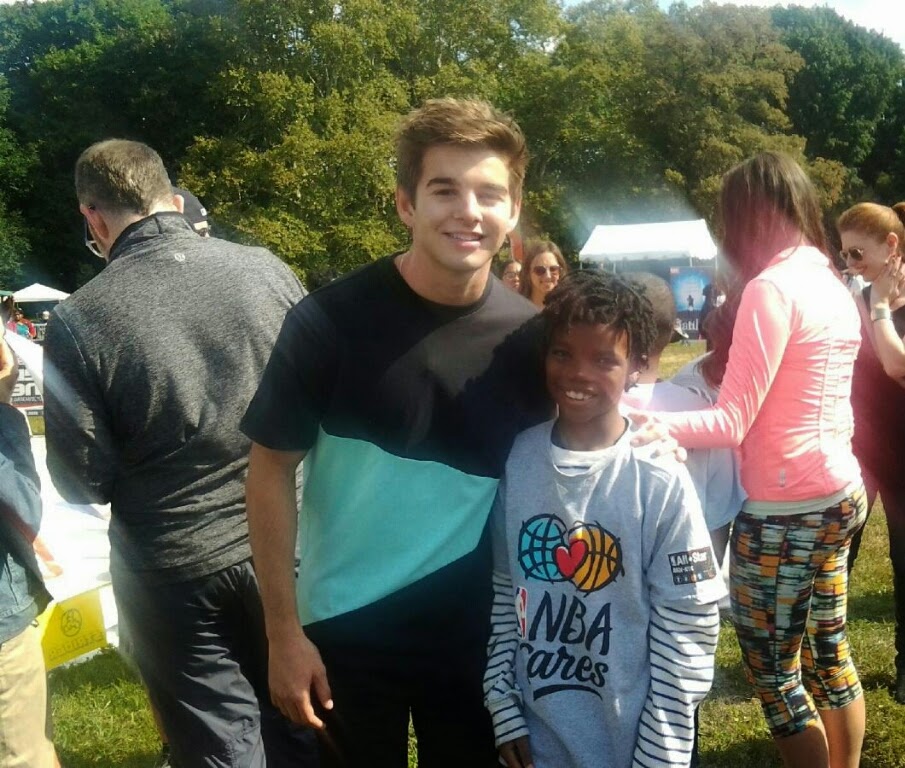 CJ was in awe of meeting Jack Griffo and asked him "What it was like to be on TV ?" and the actor told him that it was really, pretty awesome. Receiving basketball pointers and practicing dribbling and lay ups on the court with Kym Hampton were great fitness activities and the DJ got the crowd excited as they participated in drills with NBA Cares, cheered, danced and burned off lots of energy. 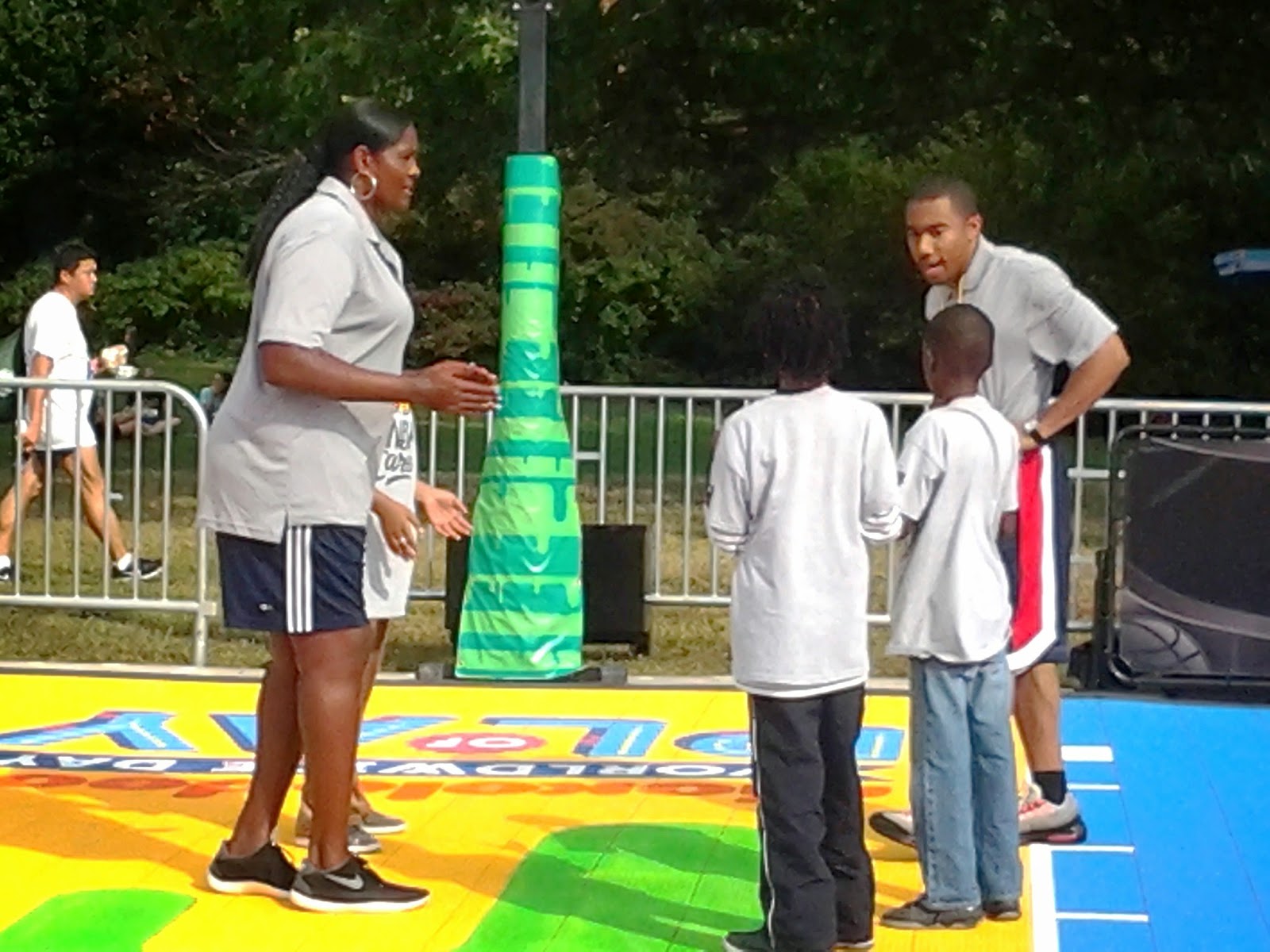 Watch the kids and actors participate in a high energy drill. 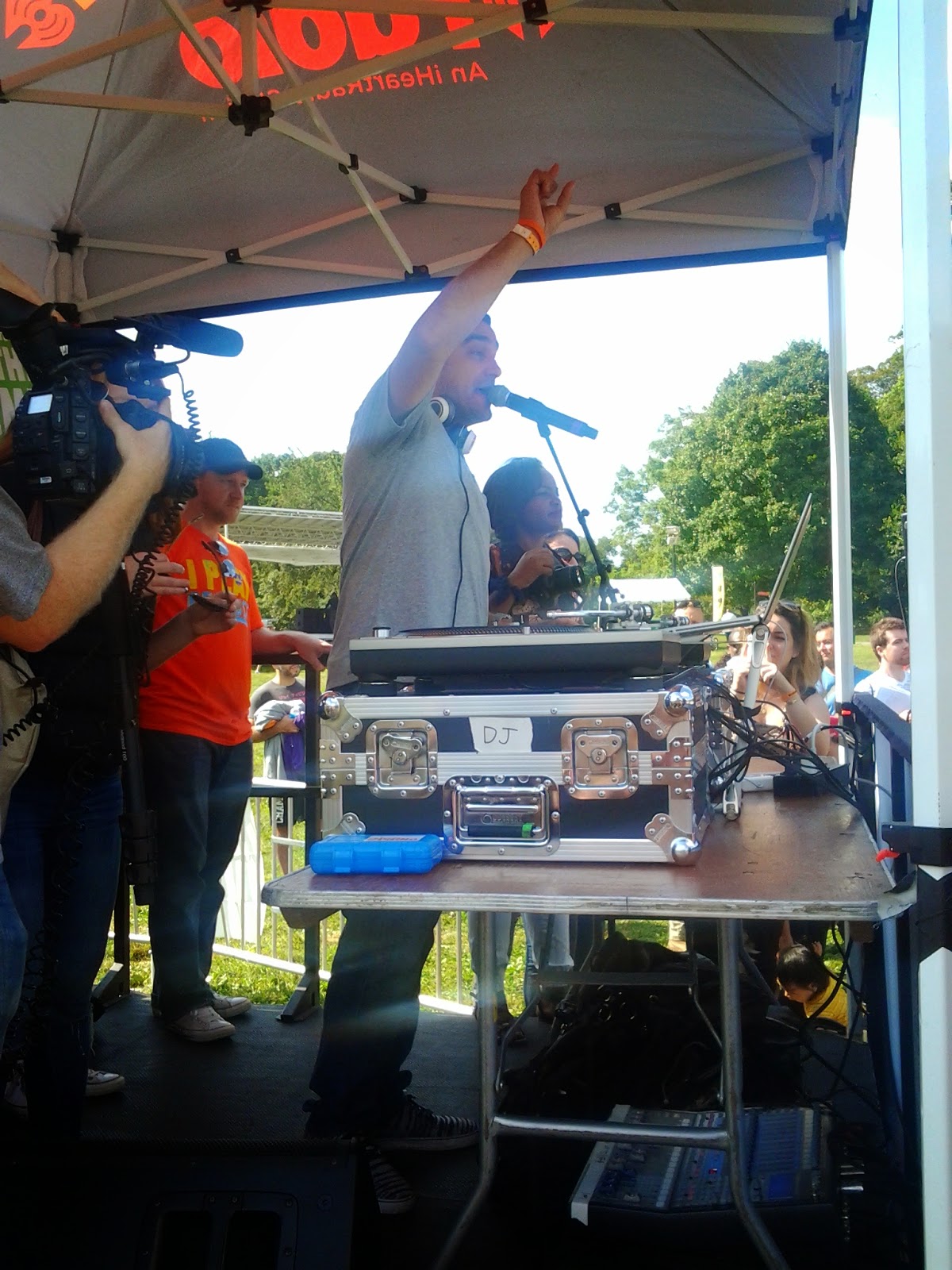 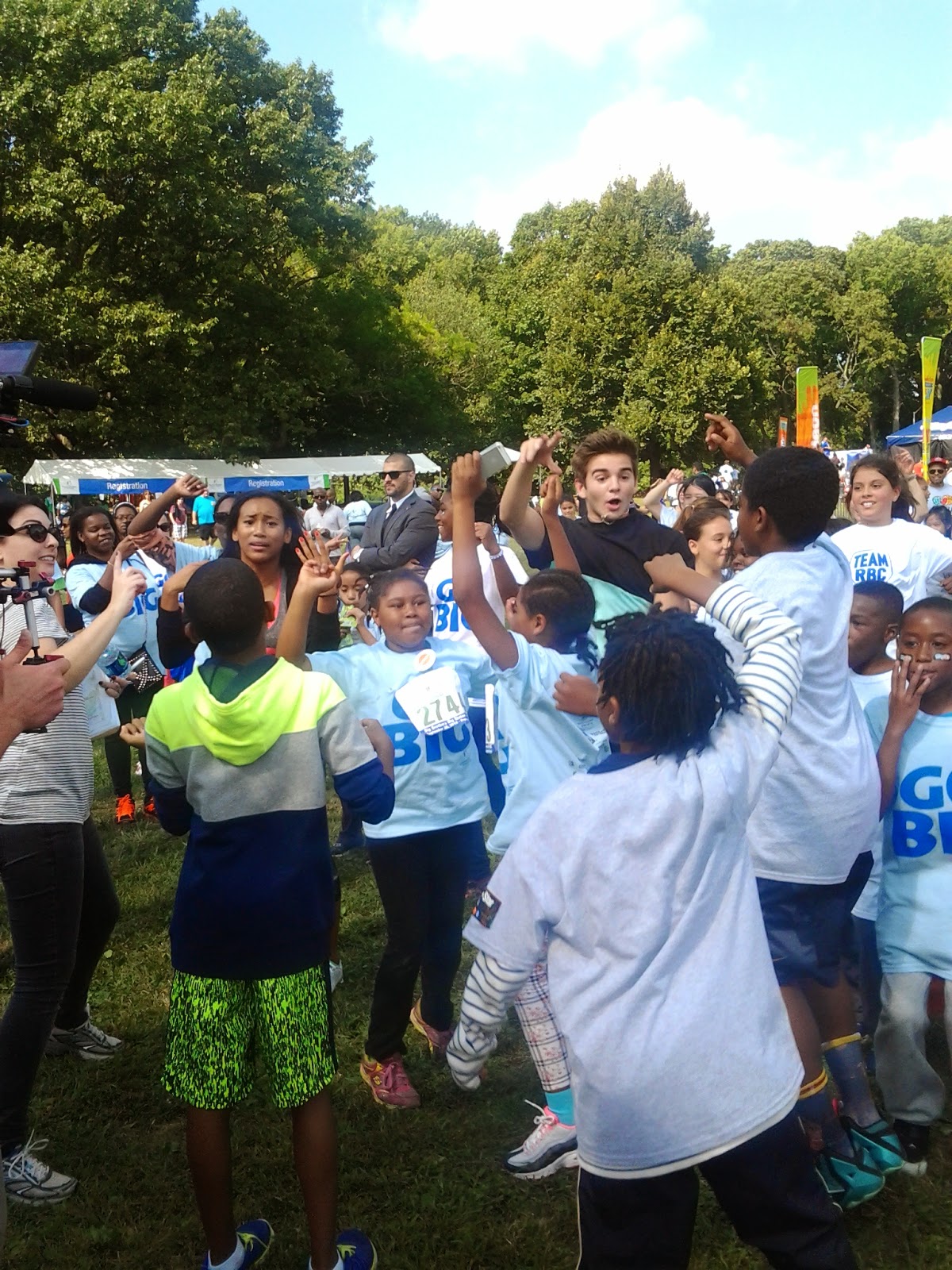 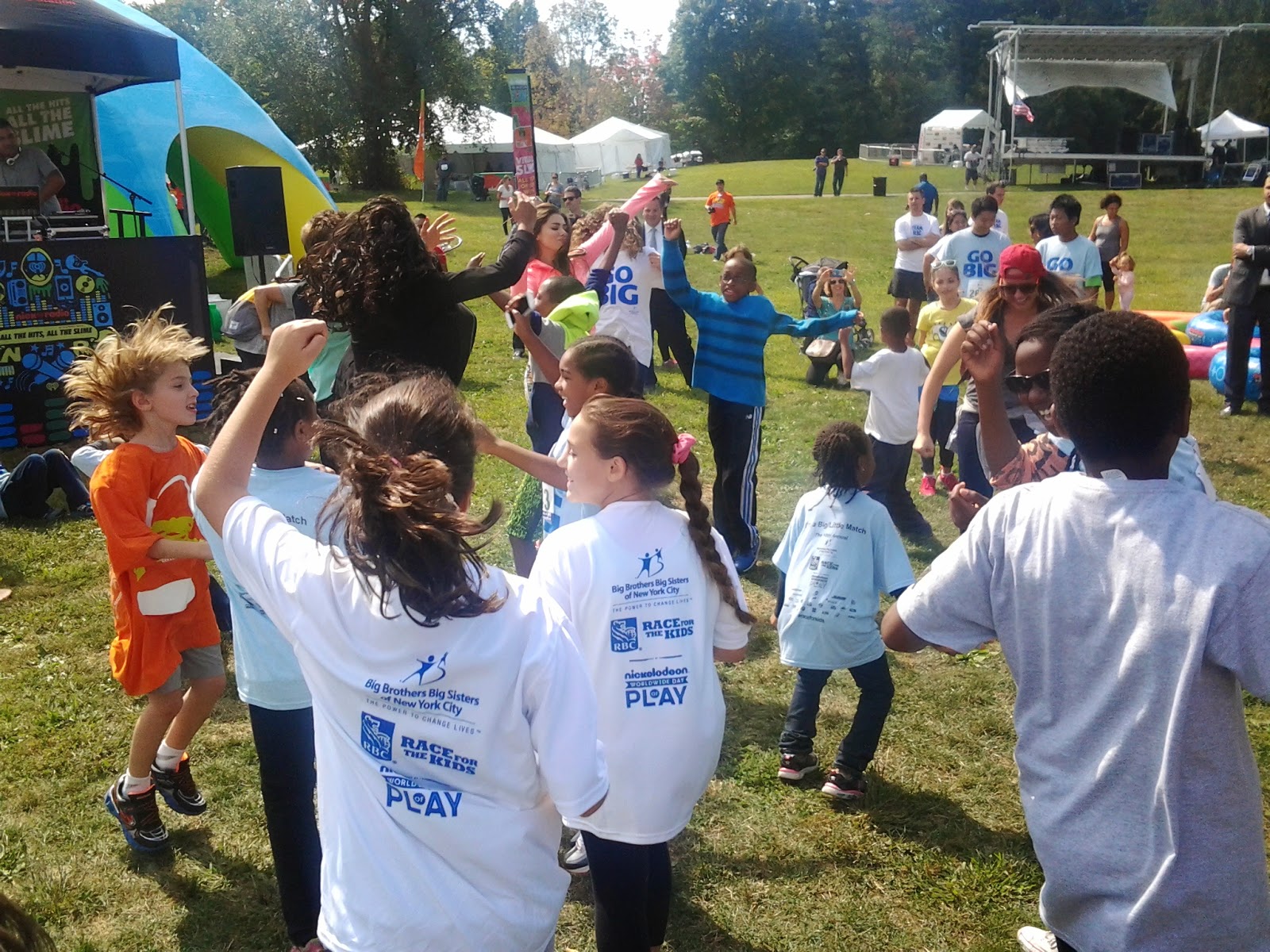 What kid wouldn't want to get virtually slimed, right? I remember watching the Nickelodeon commercials as a kid and always wishing I could get covered in the gooey, green stuff just for laughs. 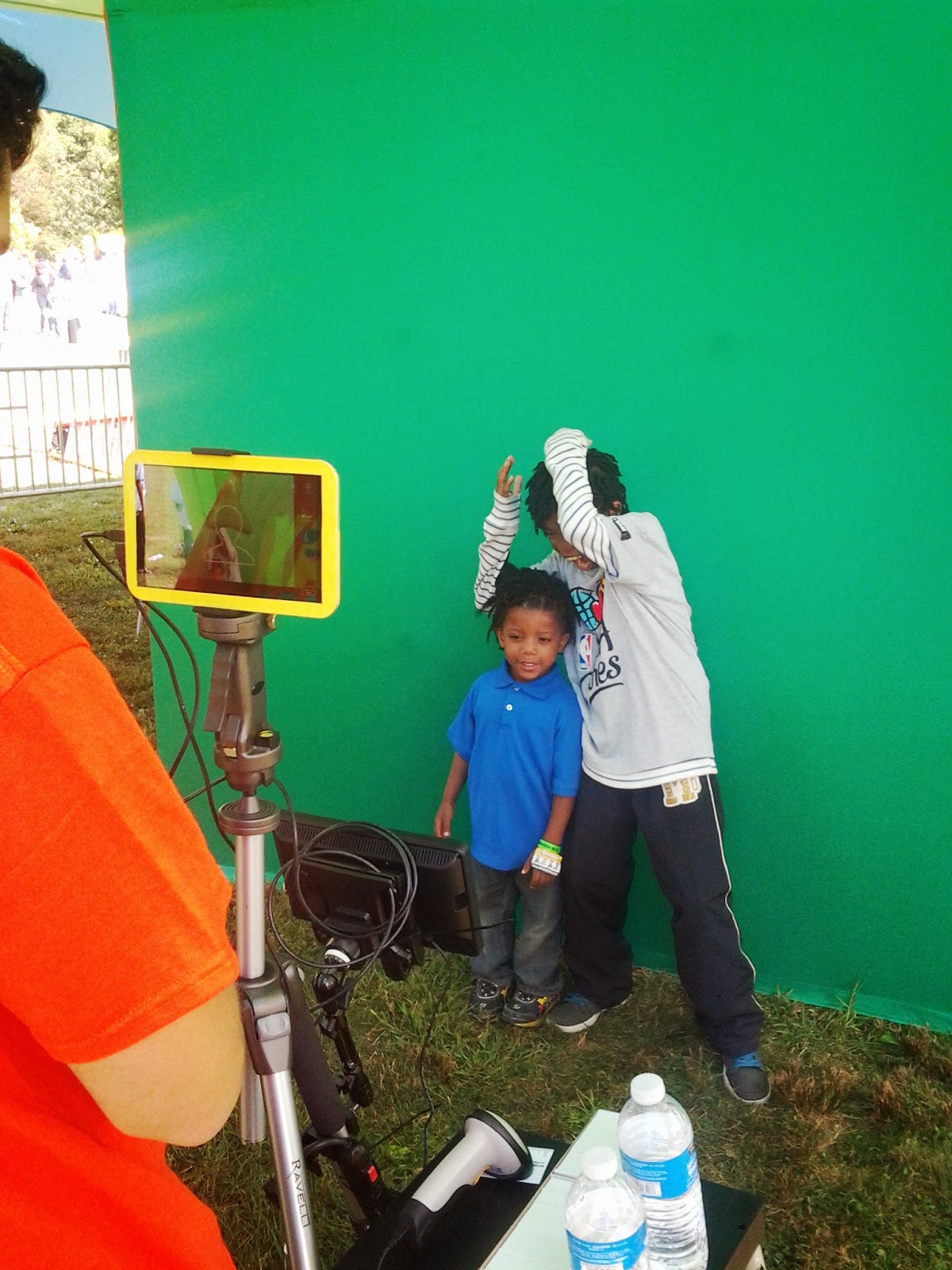 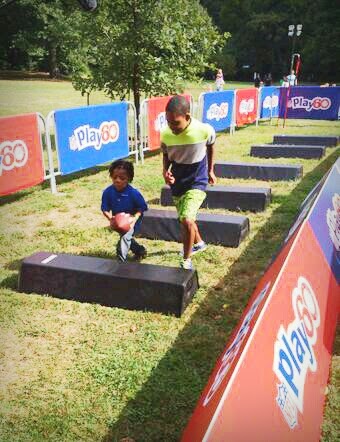 Tristan is a really active 4 year old and is fearless when it comes to trying out sports, he idolizes his daddy and big brother and always wants to play and toss around the ball when they are at the park. So I wasn't surprised at all when he excitedly told me he had lots of fun trying out the NFL RUSH PLAY60 fitness drills with Instant Mom actor Tylen and never wanted to leave his side, check out this video of them during the course. 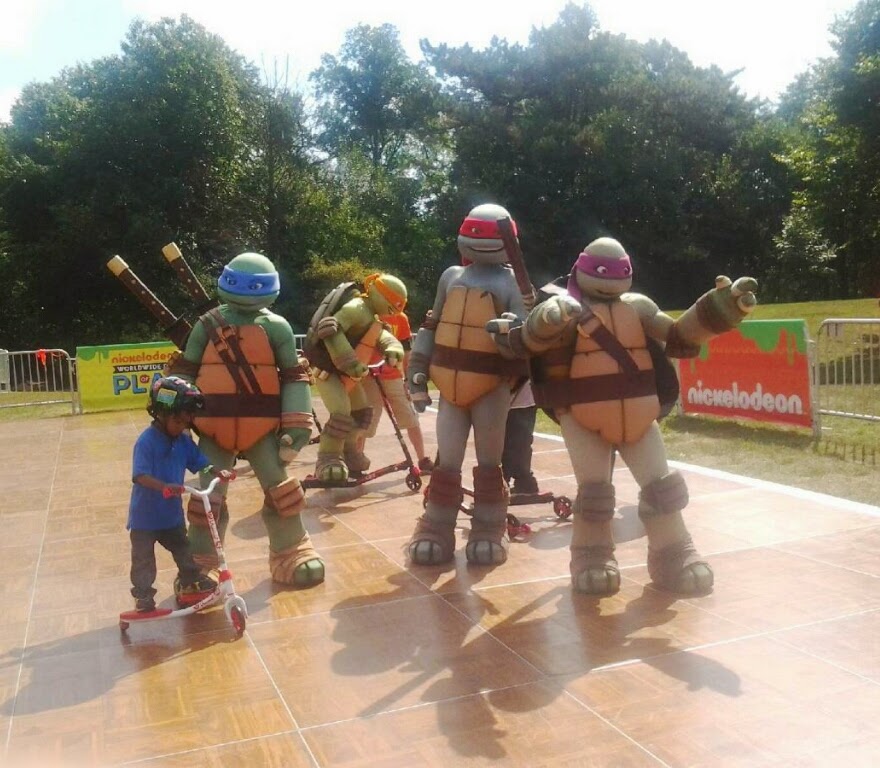 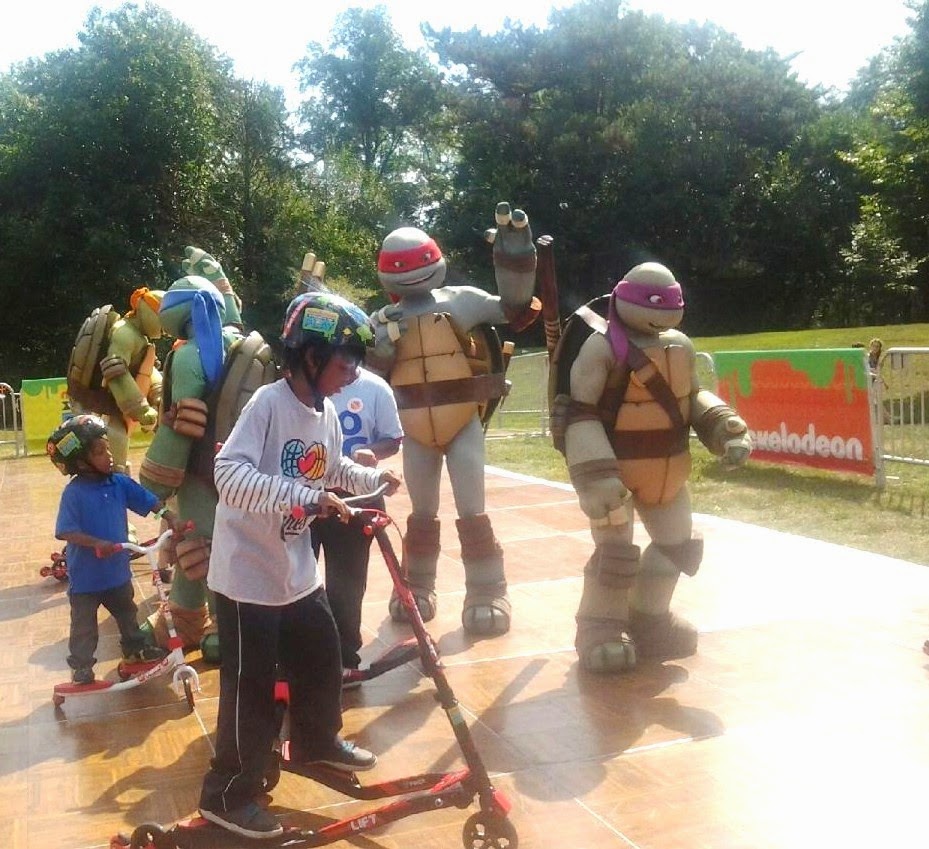 During the Nickelodeon World Wide Day of Play event my two monsters probably had the most fun hanging in the demo area of the Yvolution Fliker Lift Track with the other kids, actors and of course the super cool Teenage Mutant Ninja Turtles! 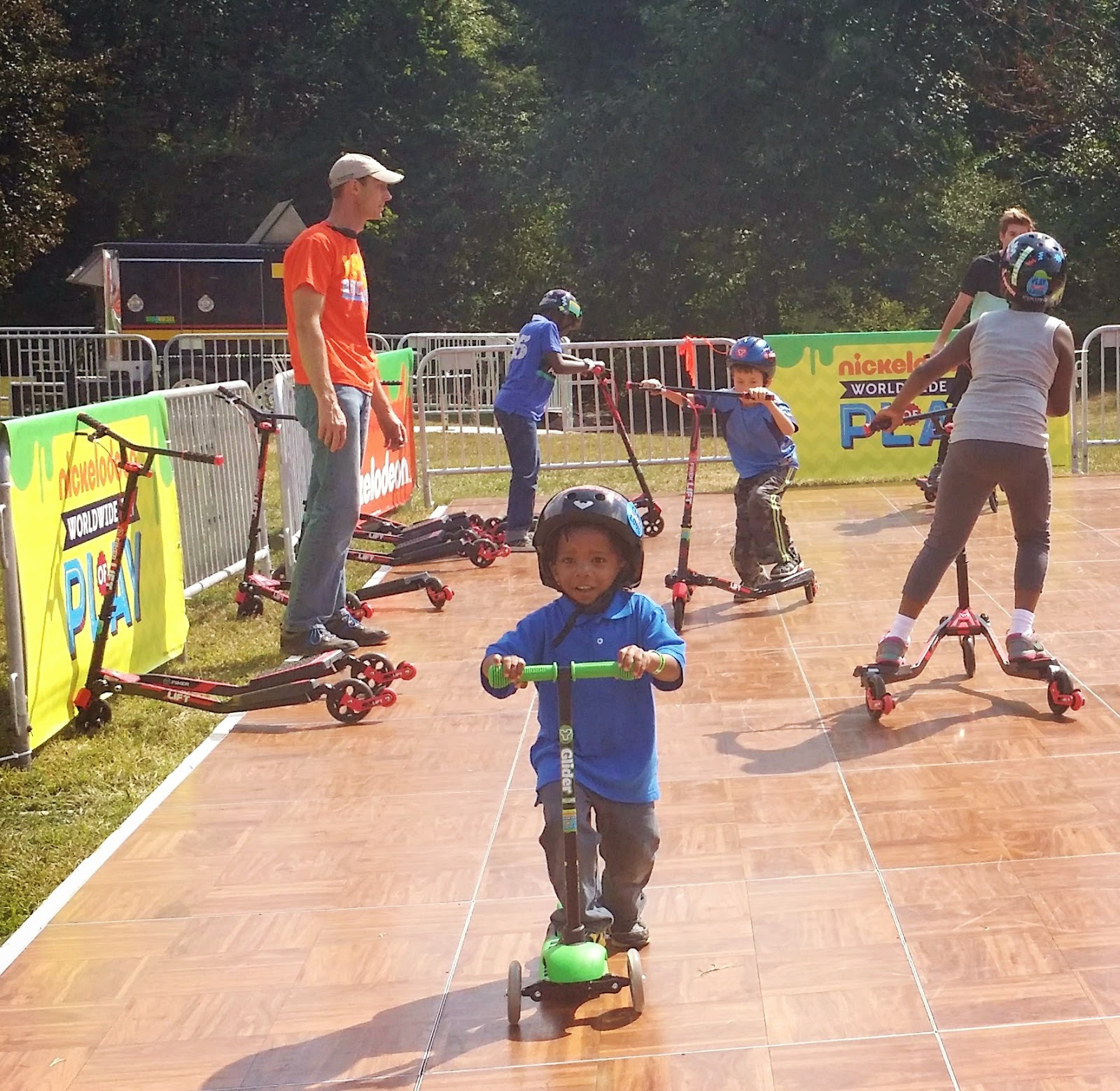 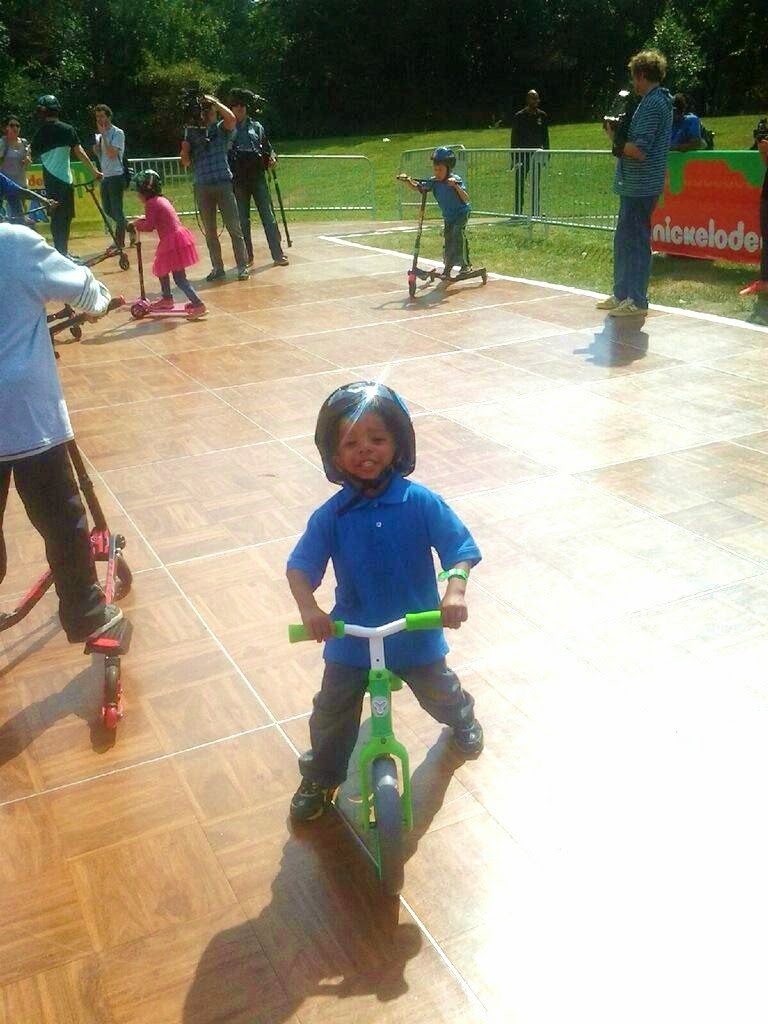 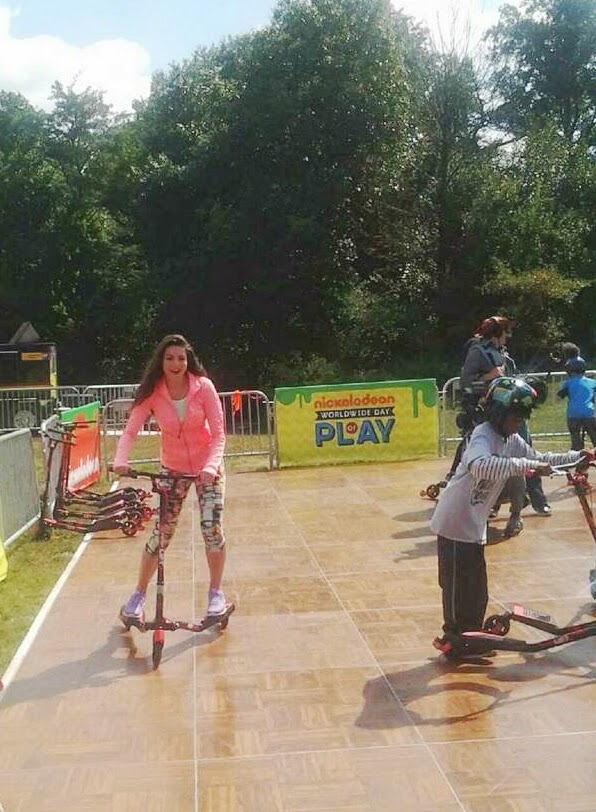 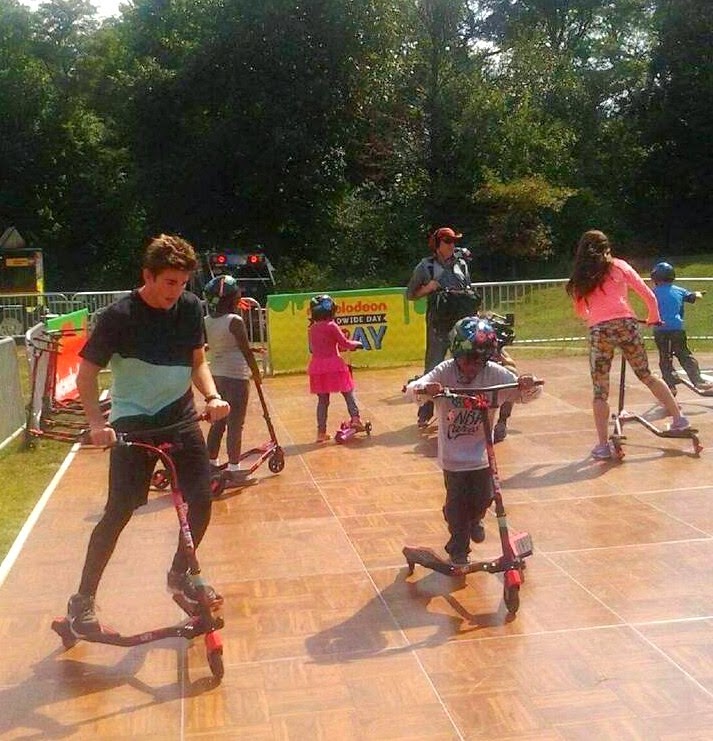 Street Soccer USA was on site and the kids really got into the game, and now my boys are asking to join a team this year, which we are all for because it's a great team player sport. My hubby wasn't allowed to play on teams as a kid because he was raised as a Jehovah's witness and I only ran track and field, so we really love that our boys express an interest in sports and are always willing to try one out. 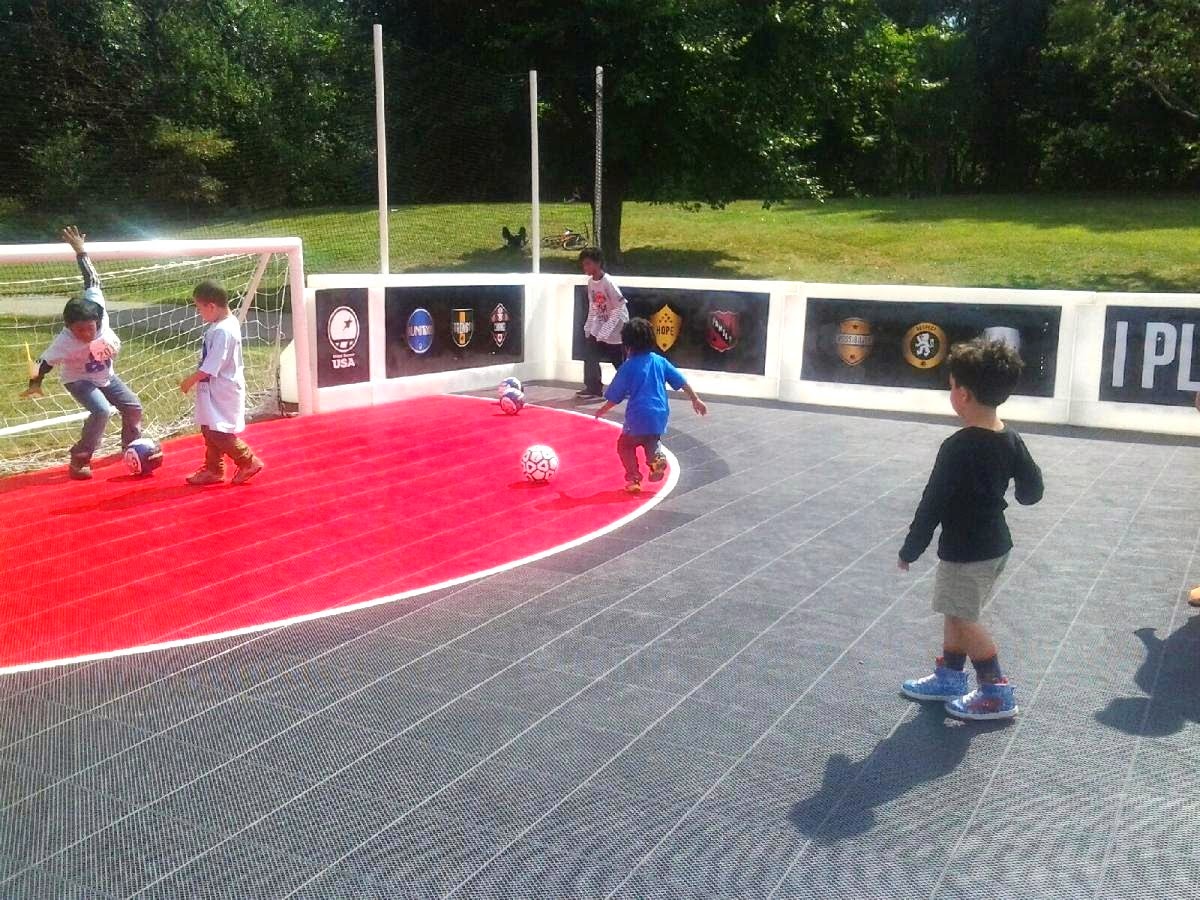 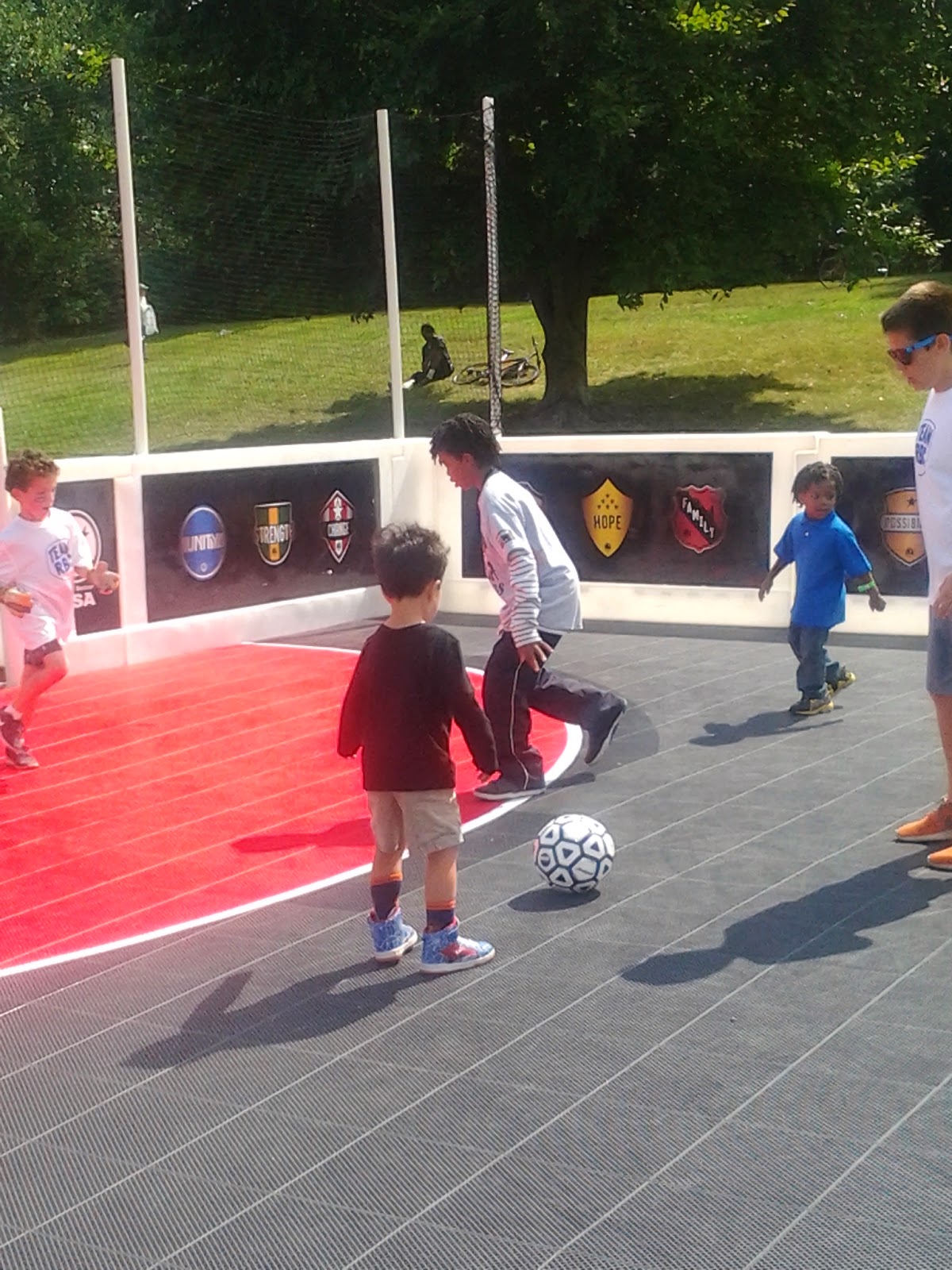 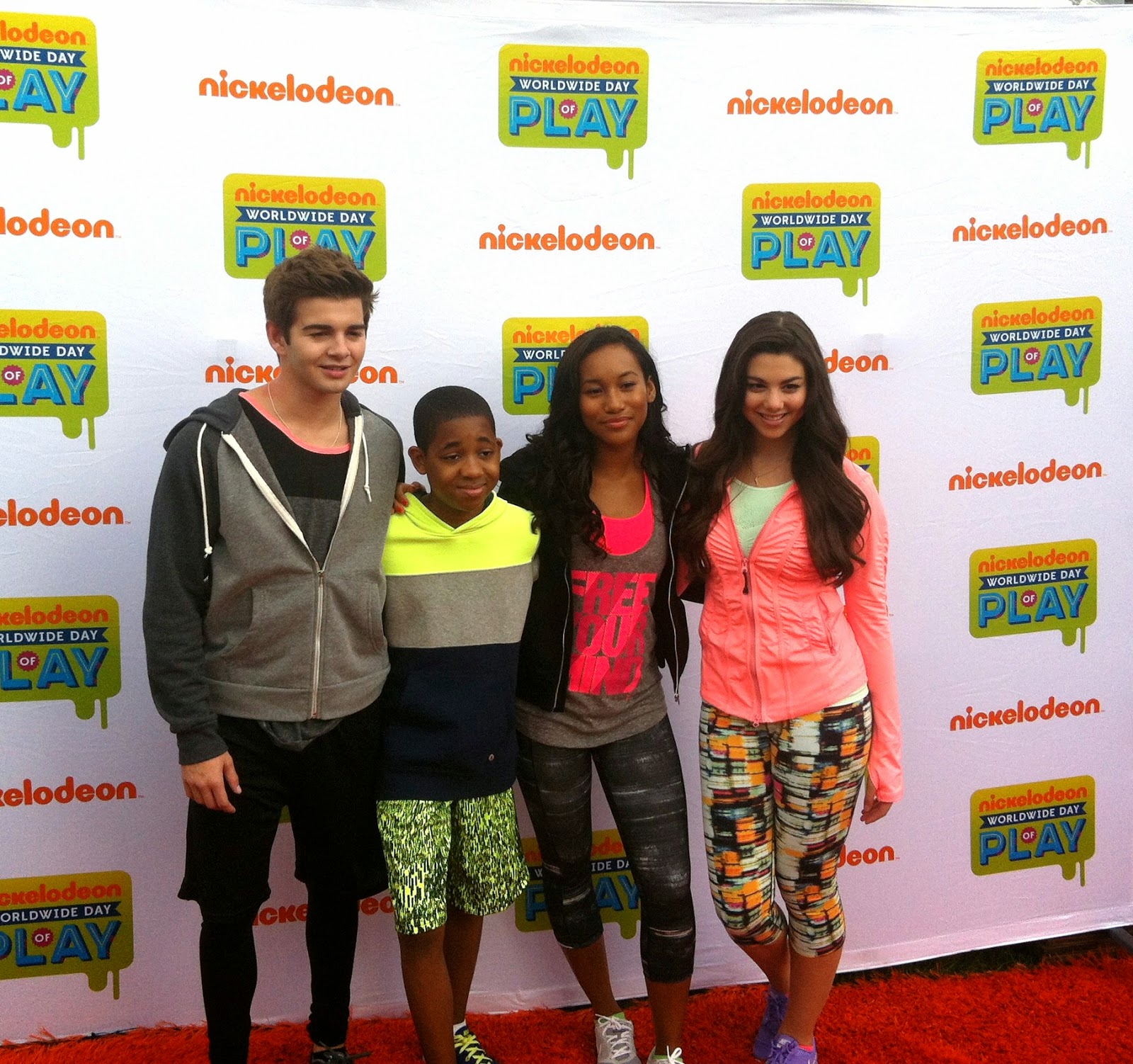 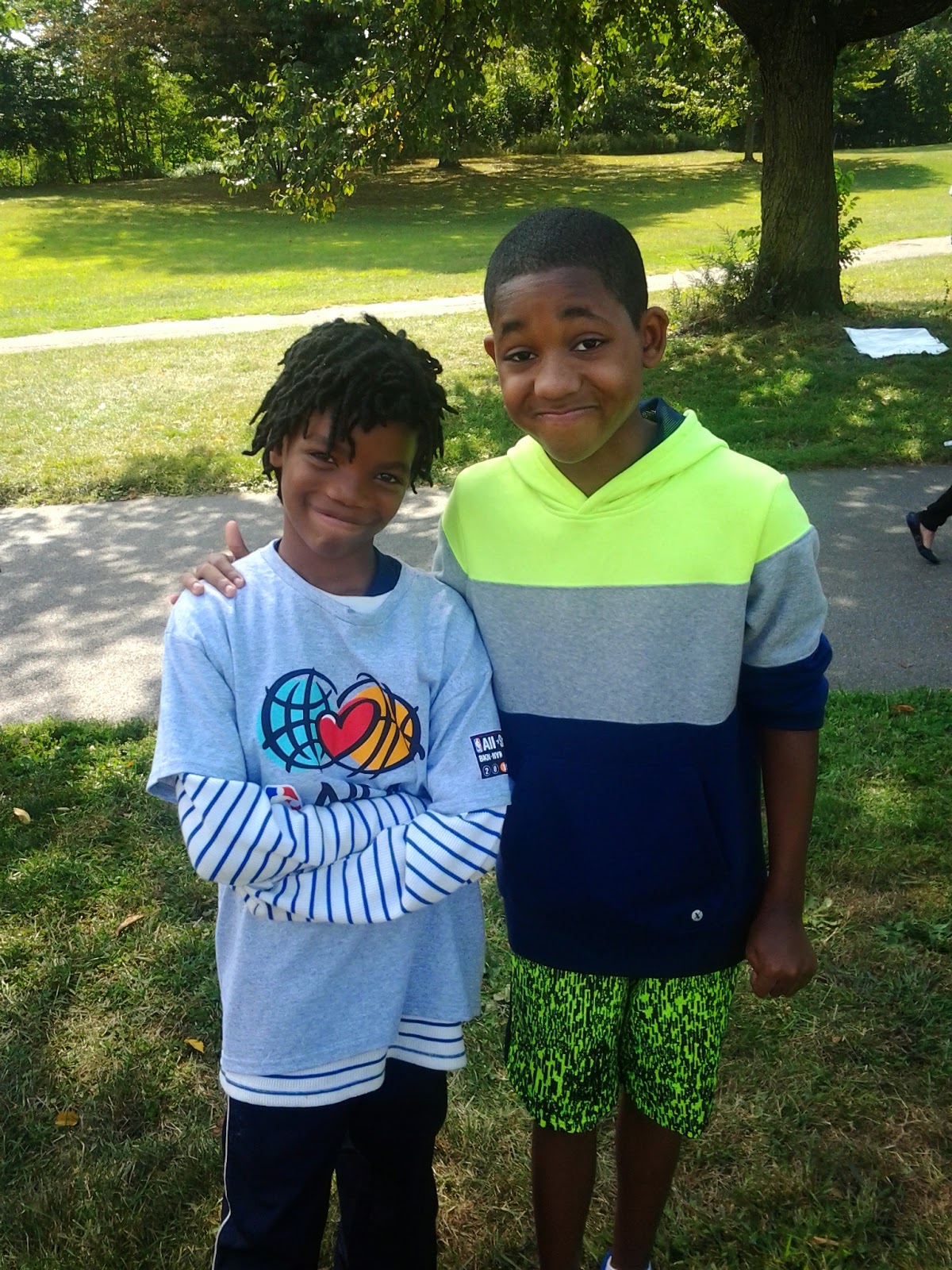 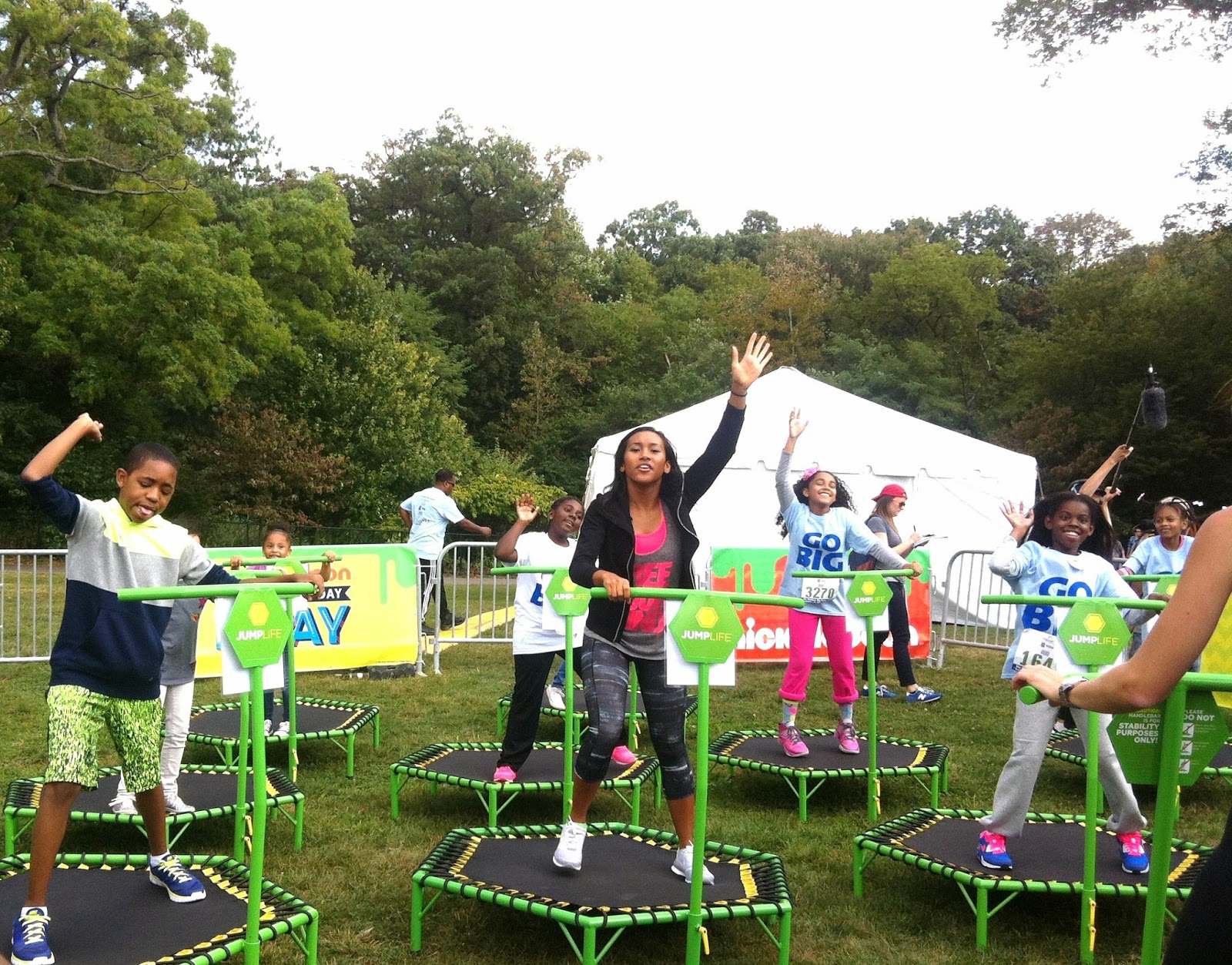 If we had a bigger apartment I would run out and buy myself a personal trampoline like the ones JumpLife were exercising on because it's such a simple and fun way to stay fit, especially if you are bouncing to some cool beats and the Art of Stepping performance on the mini stage had the actors and crowd moving their feet. 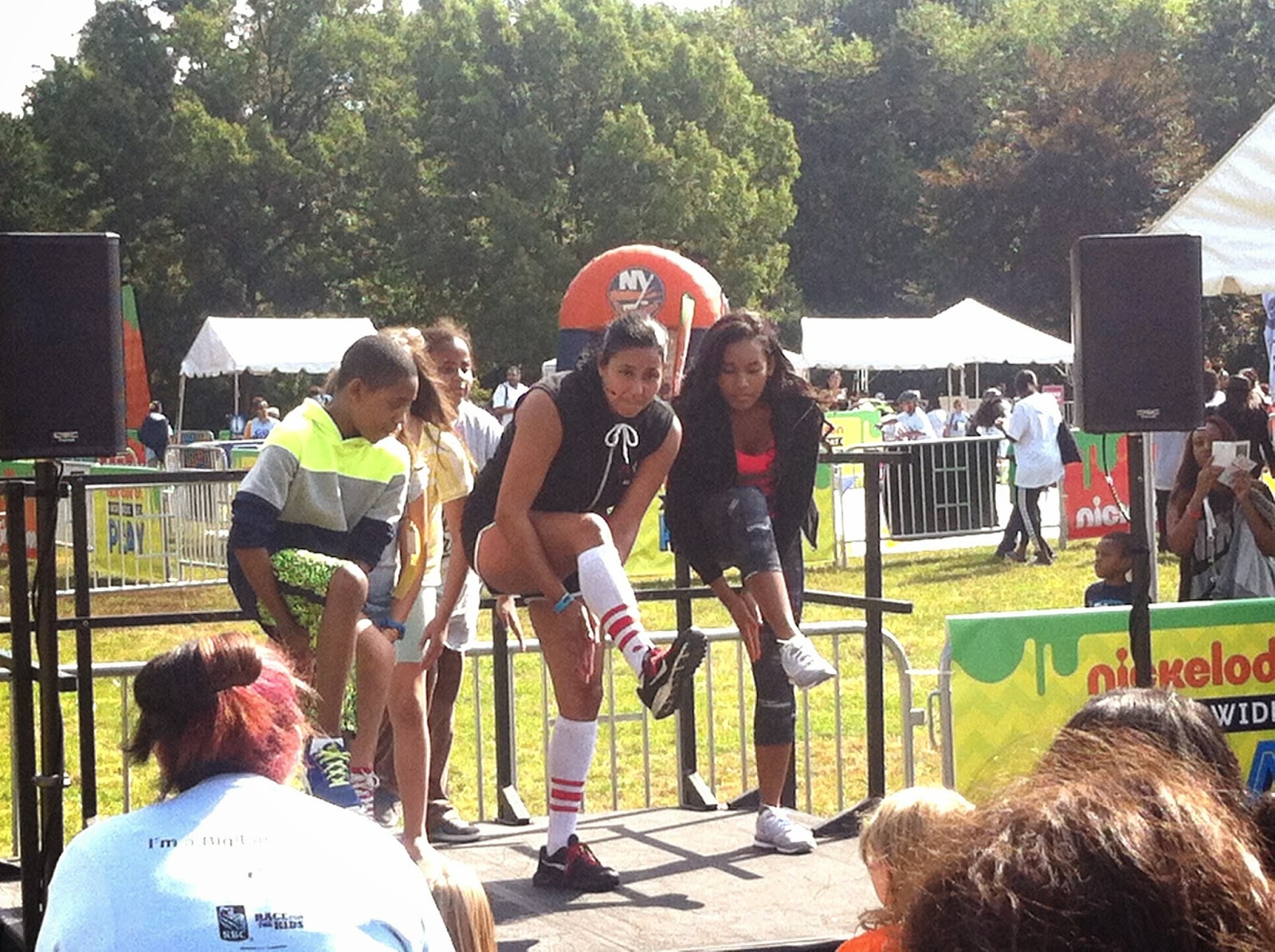 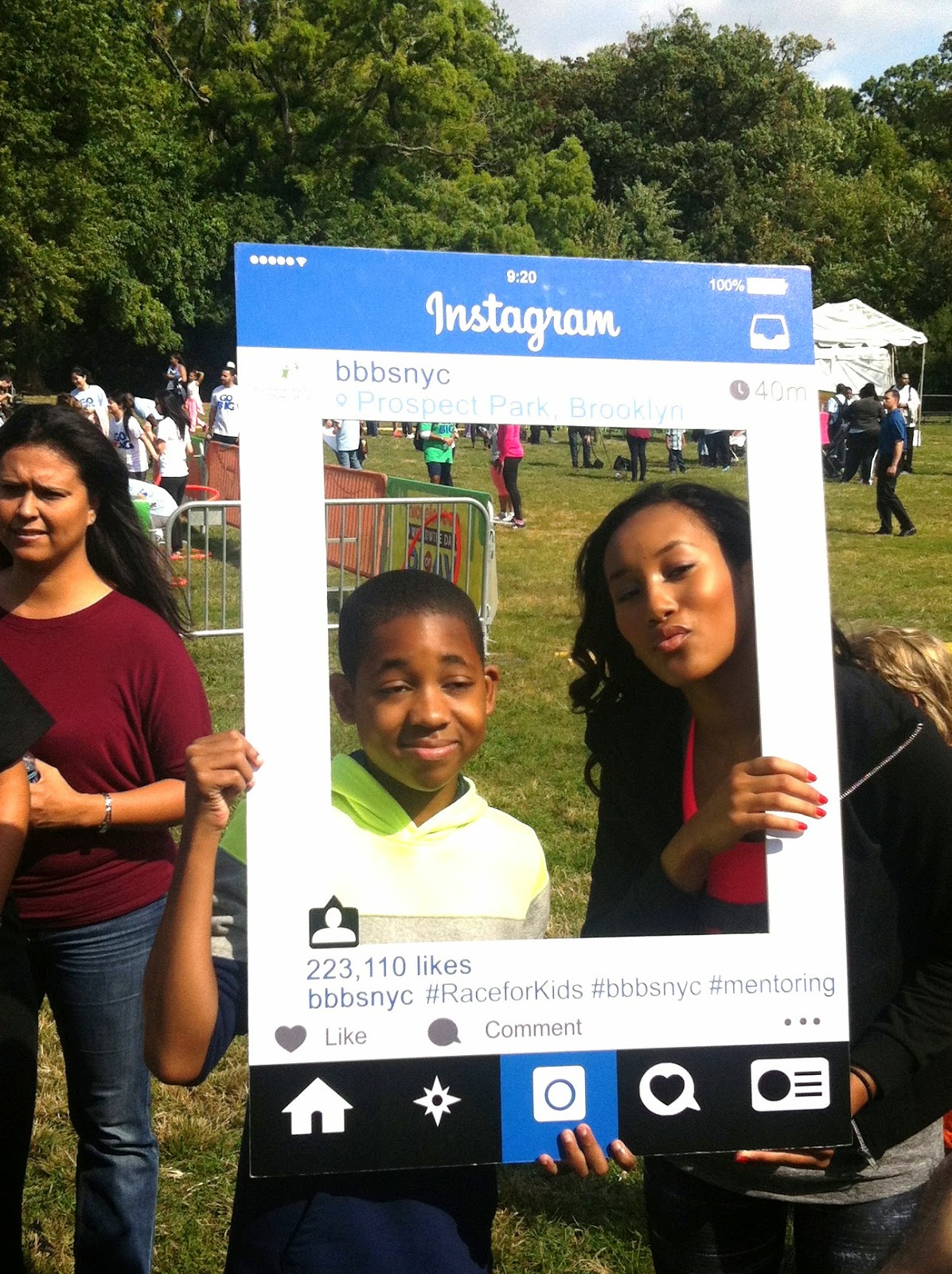 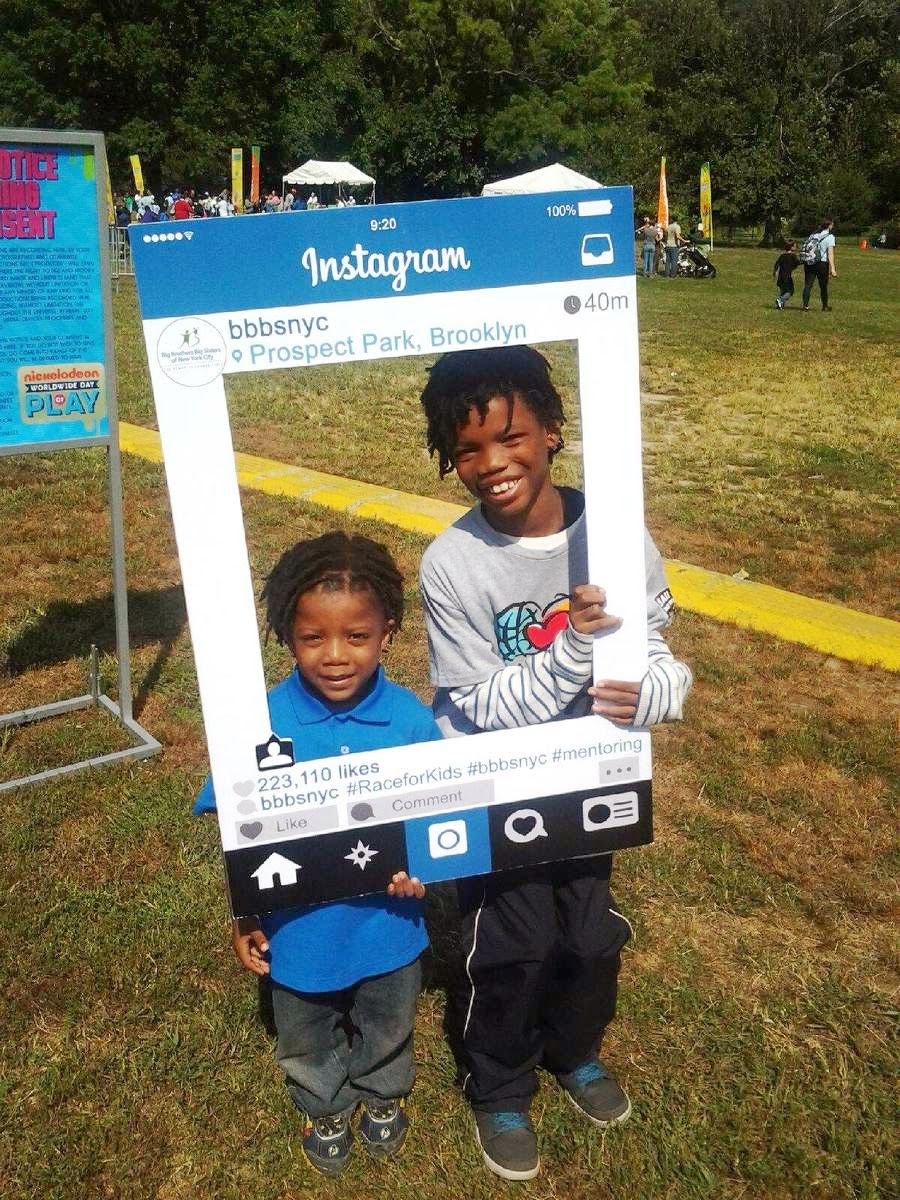 Without a doubt this annual event is a fantastic way to show kids and their families how much fun they can have when they step away from the TV and get outdoors. So, make sure you stay tuned for when Nickelodeon celebrates their "Road to Worldwide Day of Play" next year to promote their health and wellness message through active play and sports programs for youth.

This years event at Prospect Park wasn't open to the public but check out the amazing time New Yorkers had at the 10th annual Nickelodeon World Wide Day of Play.