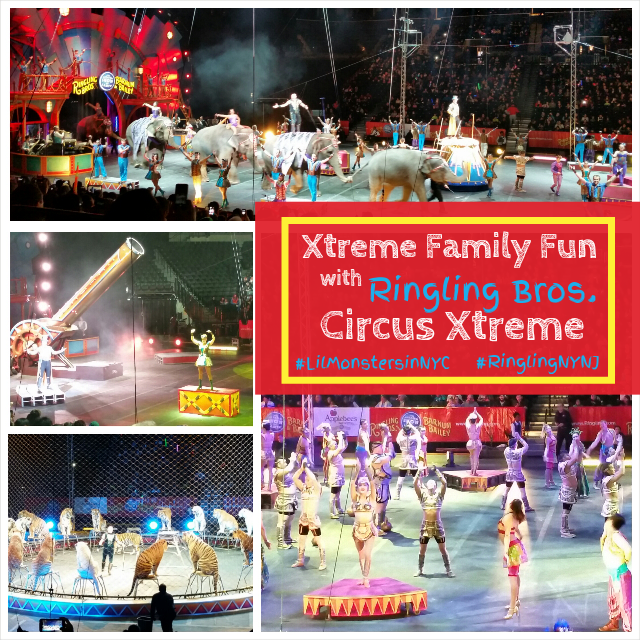 When I was a kid, it was a long standing annual tradition until I graduated from middle school to head to Madison Square garden with my parents and sis to see the circus. I remember insisting on getting my face painted to resemble the clowns (and crying because it would drip in my eyes by the end of the show) making sure that I had one of those twirling light gizmos and cotton candy on hand that never made it to intermission.

It's got to be almost seven years since we'd last been to the circus with our oldest CJ, so I can't even begin to tell you how excited our two monsters, ages 10 and 4 had been when we showed them a commercial for opening night at The Barclays Center of Ringling Bros and Barnum & Bailey Presents Circus XTREME.

Anytime our youngest caught a glimmer of it, he'd jump up and down through our apartment and continuously ask if that particular day was "THE" day we'd see the show. I don't think that tiny body of his could contain all the excitment he'd been holding onto for days & I ended up putting him down for a nap that afternoon because he was driving me insane as he counted down until we headed to Brooklyn. 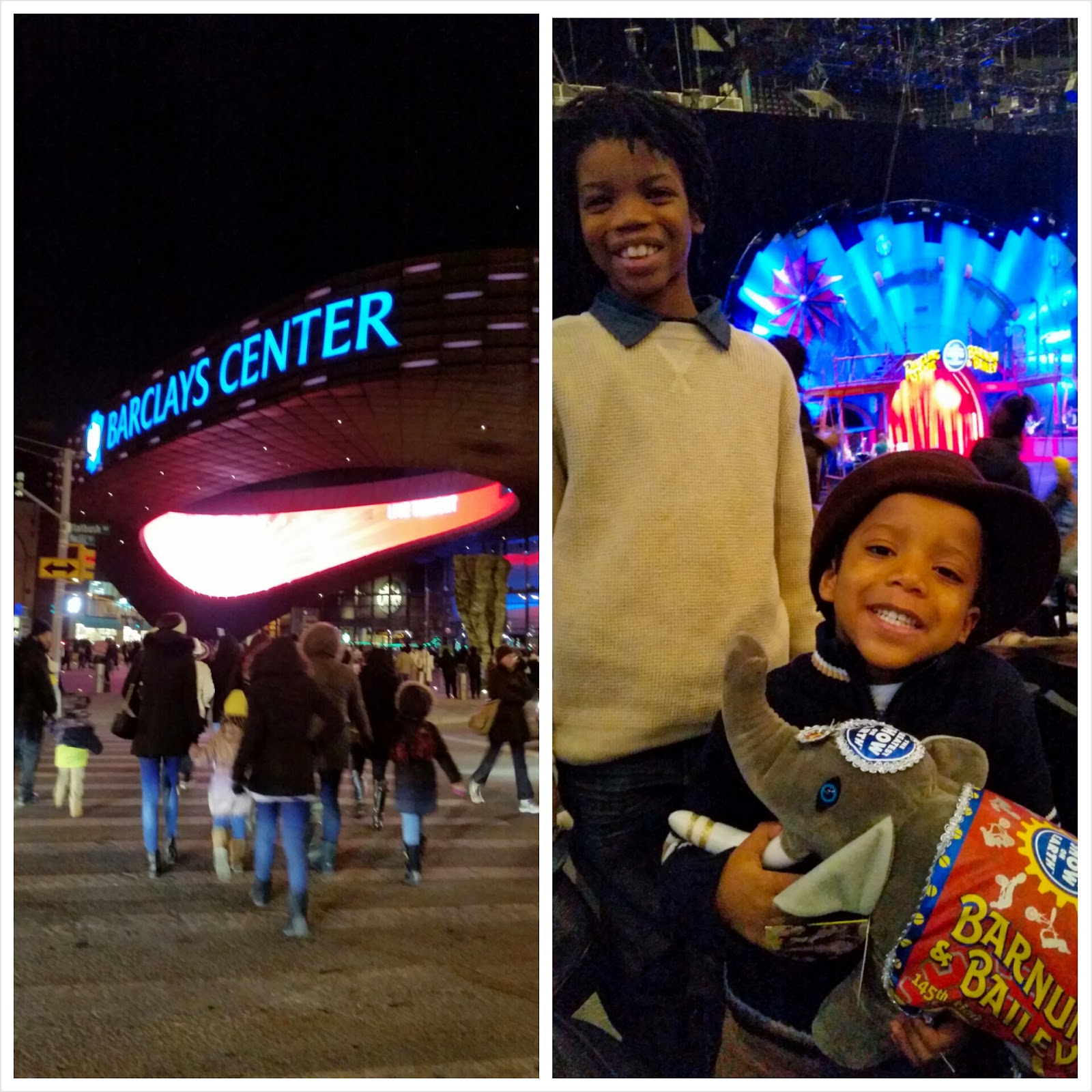 We transferred to the B train from Queens to get to the 6pm  All Access pre-show (free with your ticket an hour before showtime) but got stalled for nearly twenty minutes underground, leaving me probably more frustrated then the kids to miss out on such an awesomely unique experience, where you get to head down to the ring and meet the performers, try on costumes, watch a painting pachyderm create a masterpiece and see a few  of the acts up close. Get there EARLY!

Feeling refreshed, our 4 year old was literally pulling the hubby towards the Barclay Center because he didn't want to miss anything (that's them in the above left photo: Tristan wearing a color-blocked black and green coat, and the hubby giving me the side eye to hurry up). 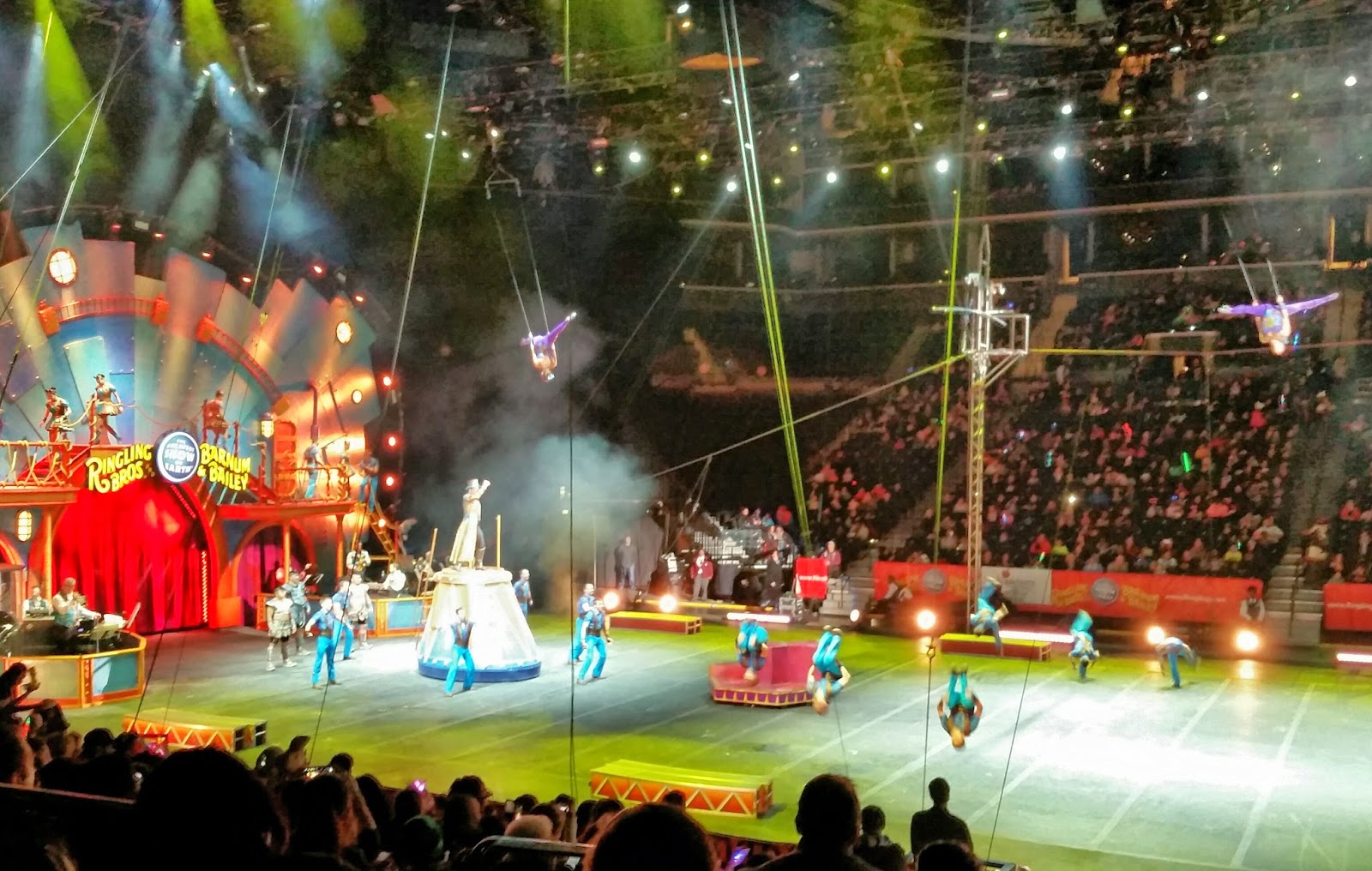 From exotic, beautiful Mongolian elephants and daring BMX trick riders to a fearless human cannonball who flies gracefully overhead, kids of all ages will find themselves in awe & at the edge of their seats as they try not to miss a single exhilarating moment.  Every few minutes you could see Tristan pointing, and another adorable blogger kid screaming from the seat behind us "Mommy, Mommy, look! look!" as they were completely mesmerized by the performers in the ring.

Ringling Bros. and Barnum and Bailey Presents Circus XTREME is a more modern and thrilling, live entertainment show that mixes extreme sports and acrobatics, with a menagerie of animals, dazzling lights and fun music. 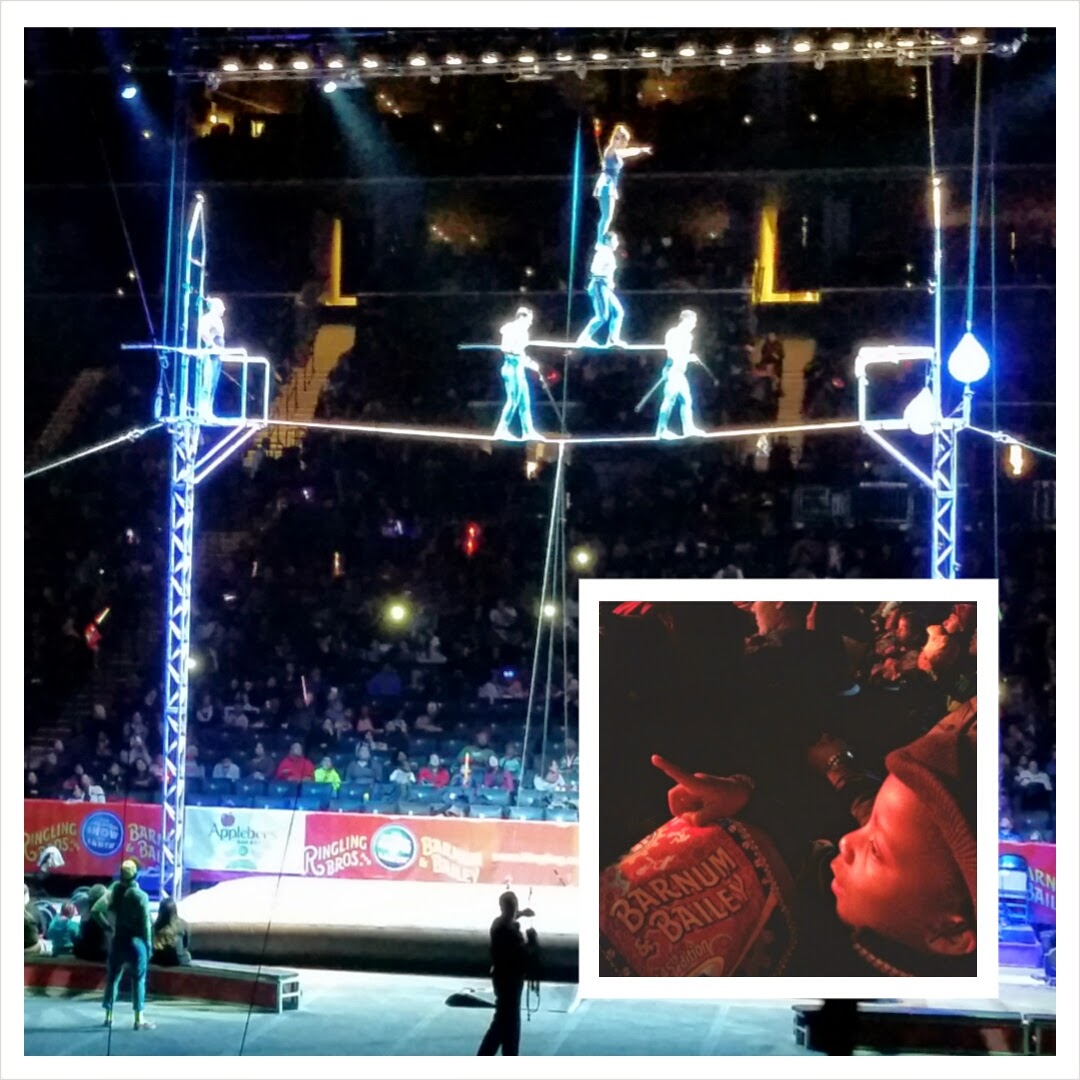 Tristan was extremely focused on counting each of the high - wire wizards as they bravely balanced on each others shoulders above the audience. 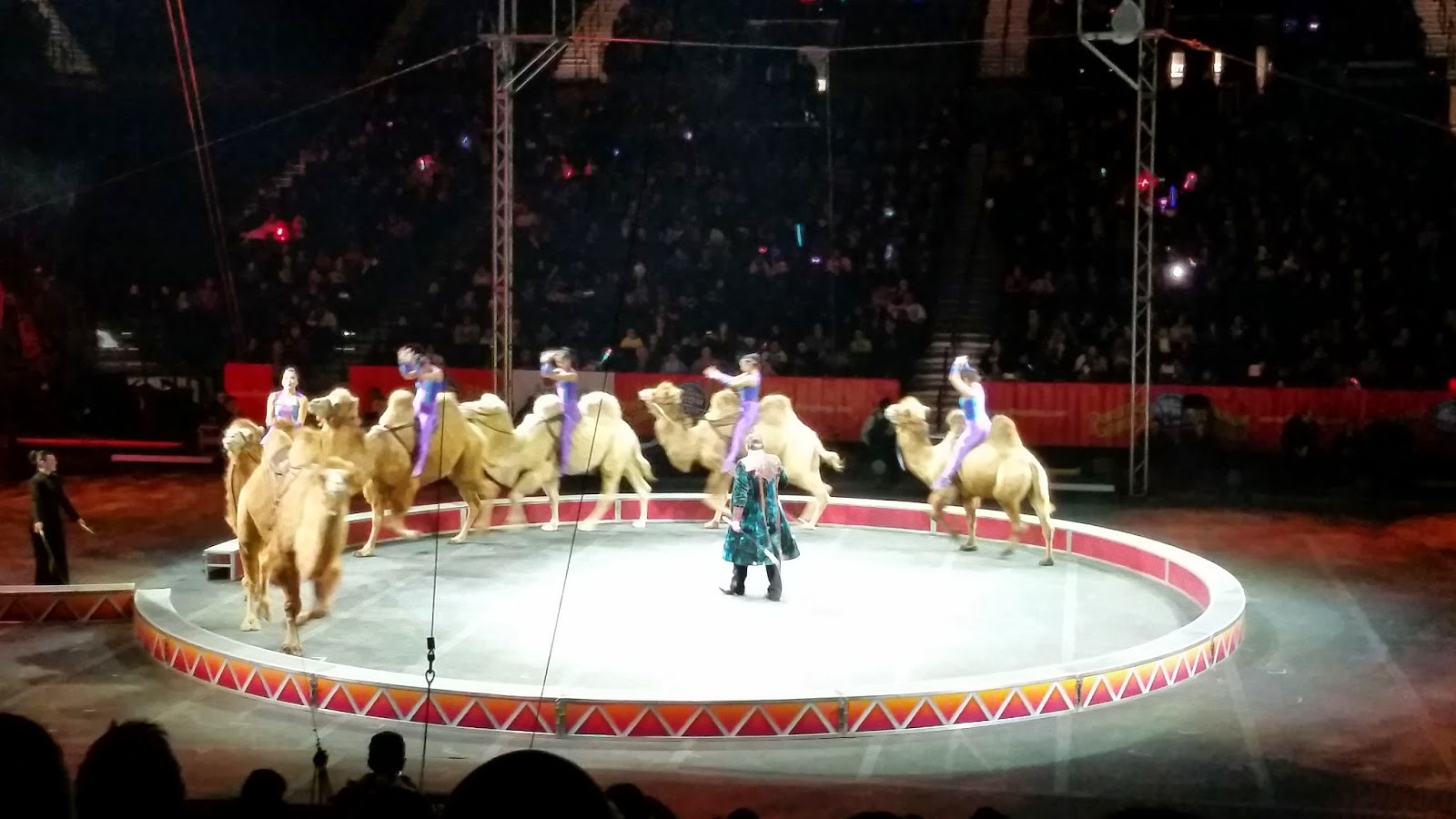 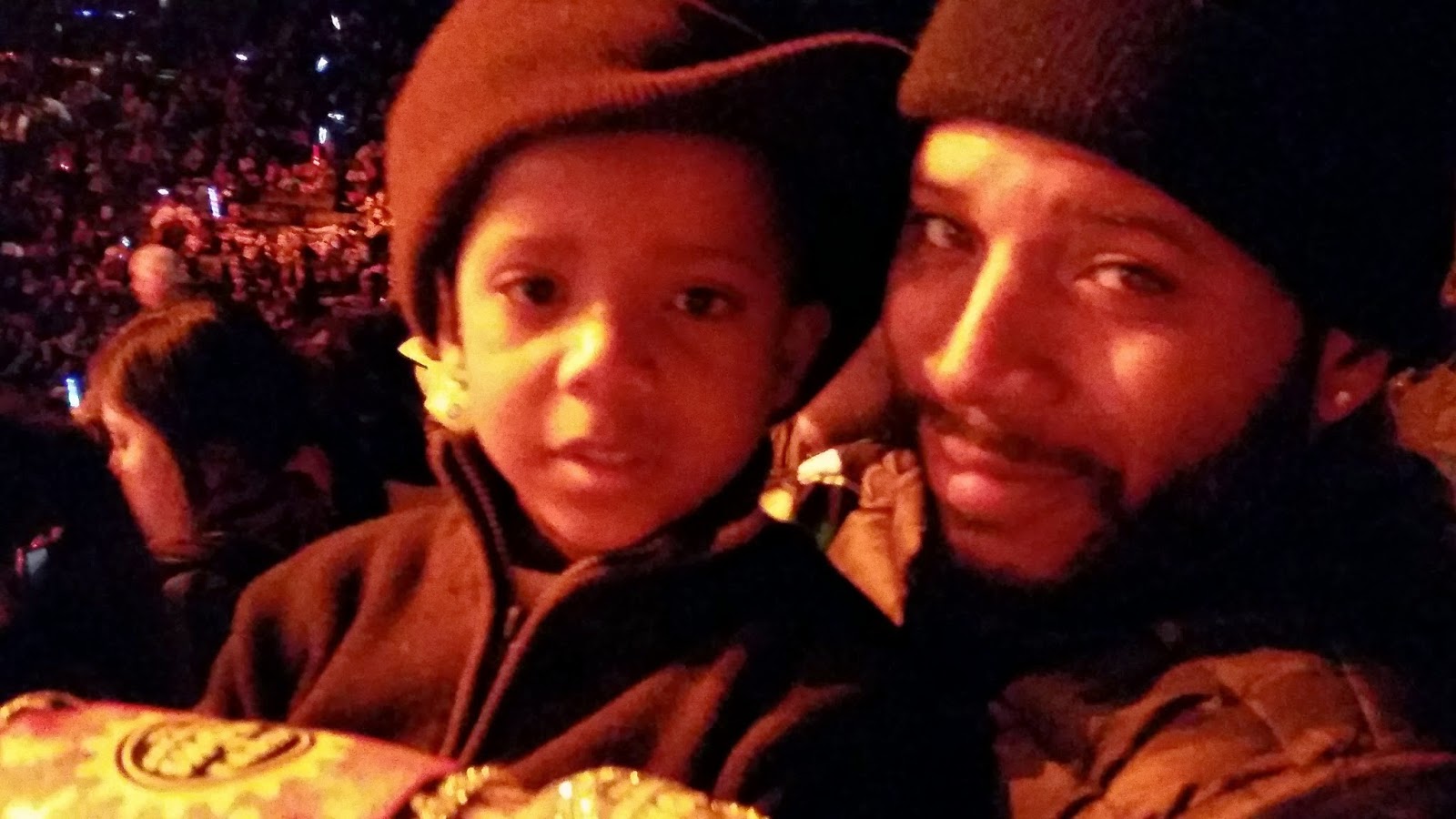 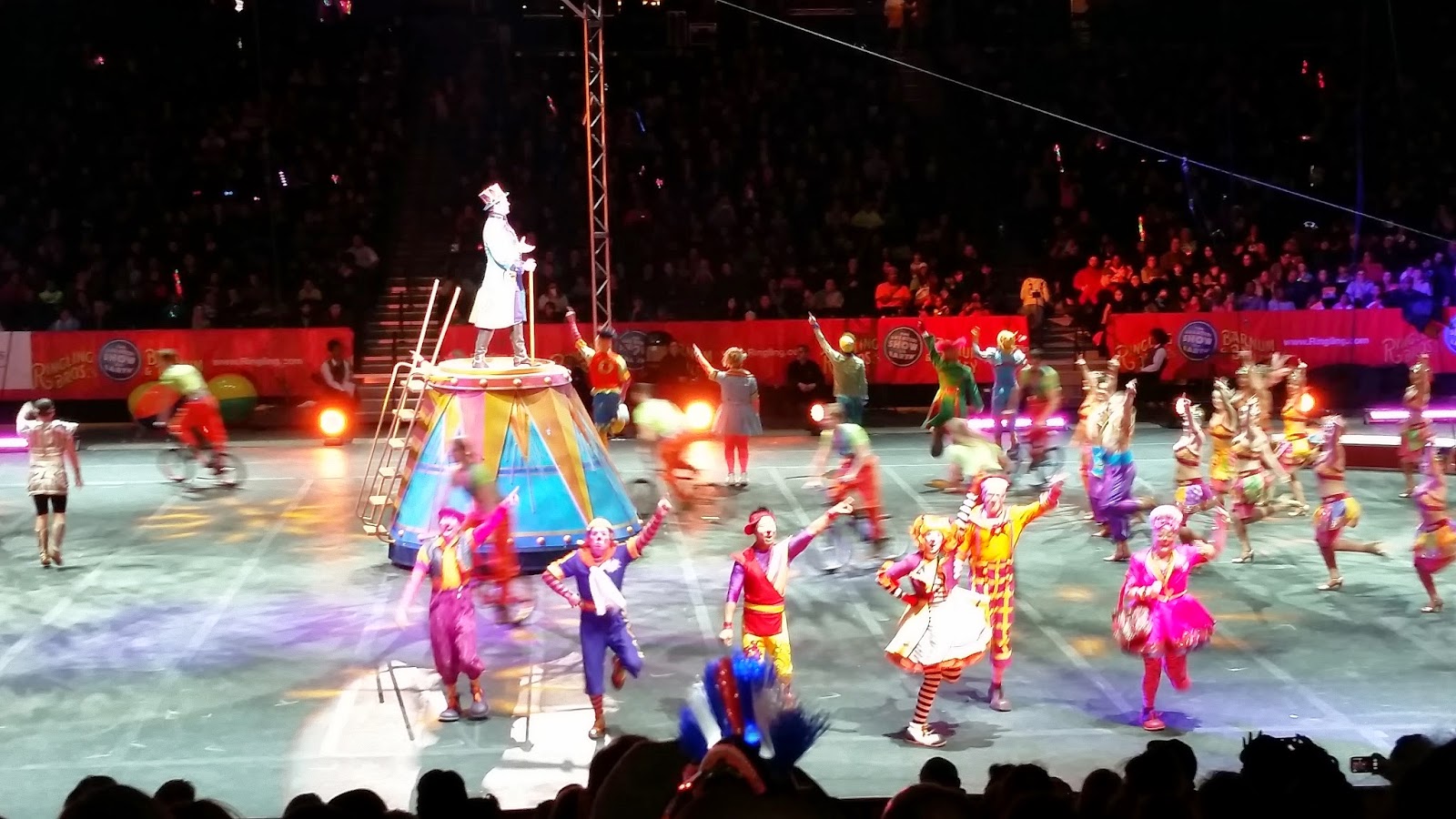 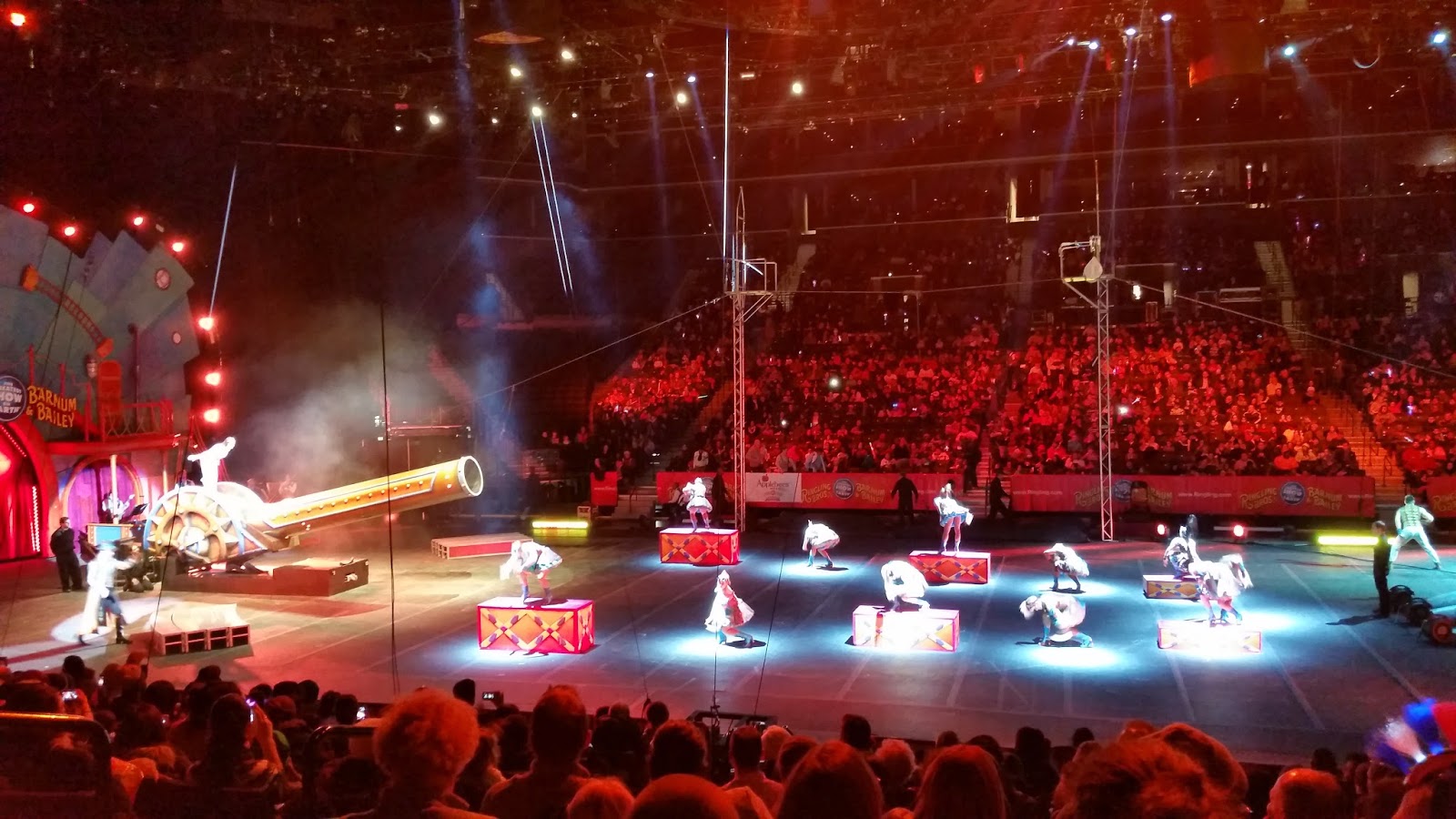 The human cannonball was pretty amazing to witness, honestly it happened so fast I couldn't get myself together quick enough to get video of her breezing by above the crowd, CJ kept asking for a replay, and still watches the video on IG that Scherrie (ThirtyMommy) managed to score. 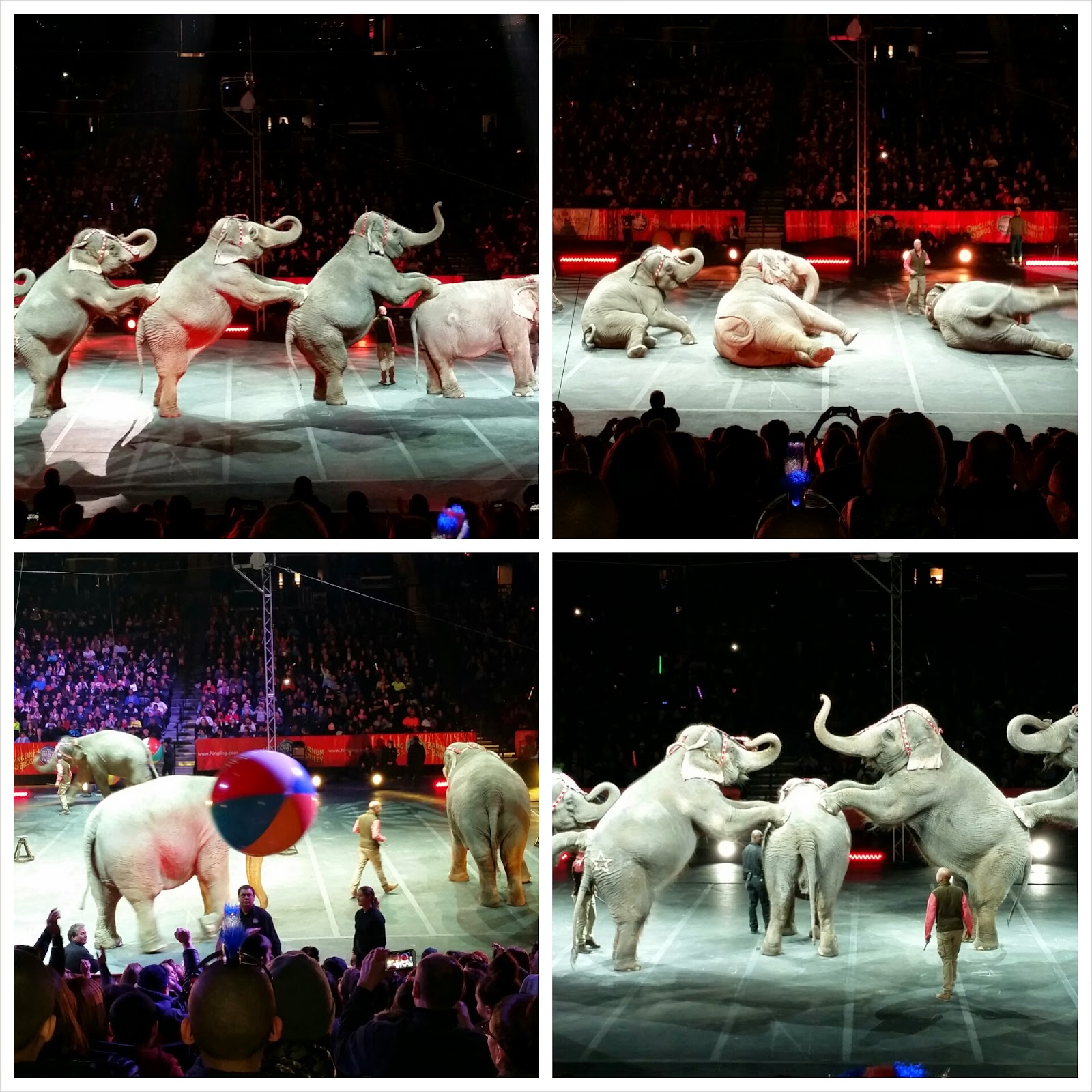 Some of the best entertainment by far was watching the elephants get silly as they showed off their tricks, dance moves and played a few rounds of toss the beach ball with the giggling crowd. 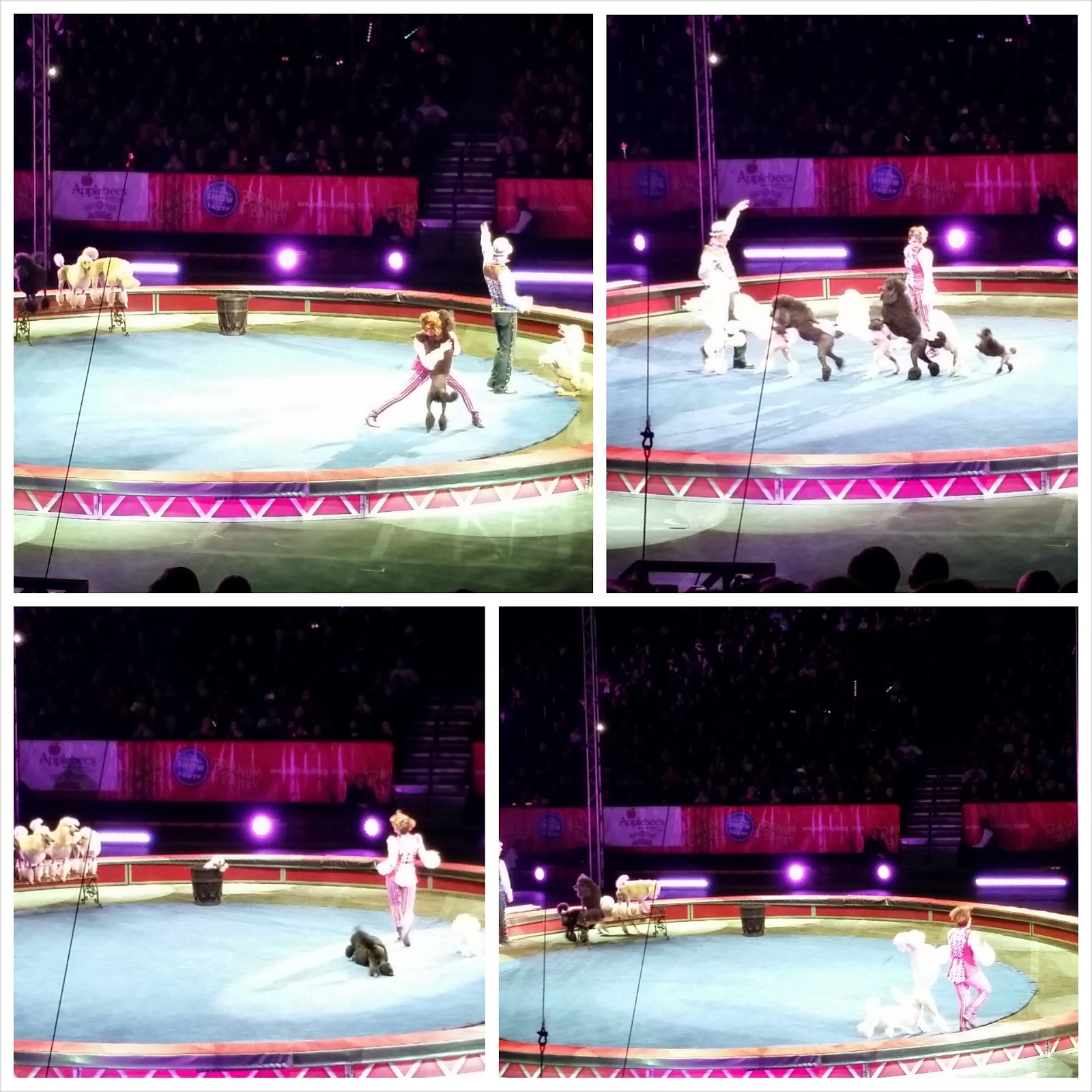 Without a doubt, no circus show would be as good if there wasn't some cool music to get the audience dancing in their seats. Our monsters have dance parties and create their own playlists all the time at home, so when the high energy dogs and their trainers came out and wagged their tails to Taylor Swifts "Shake it Off", Bruno Mar's "Uptown Funk" and a handful of other top hits, they couldn't resist clapping and tapping their feet to the beats. 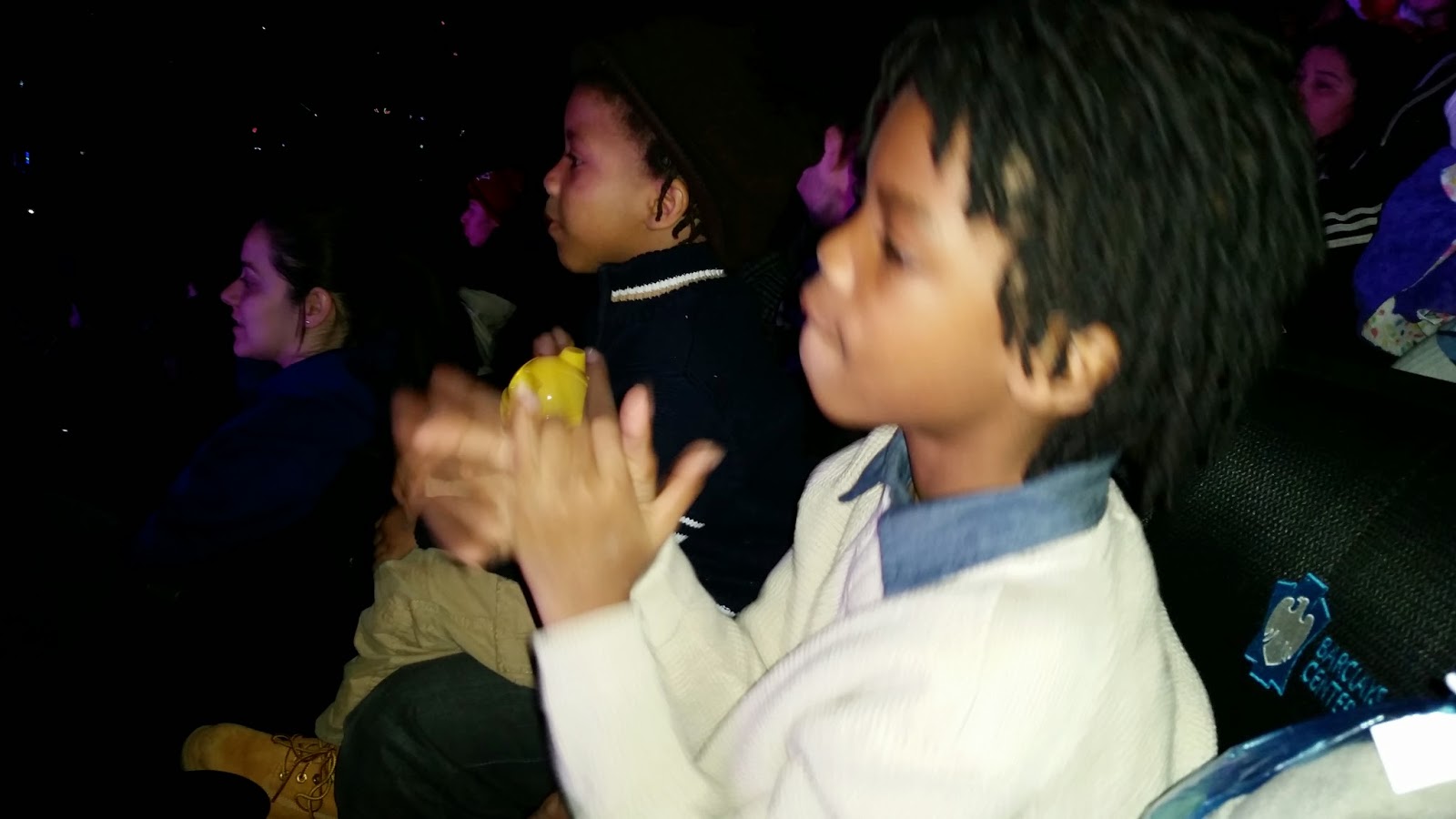 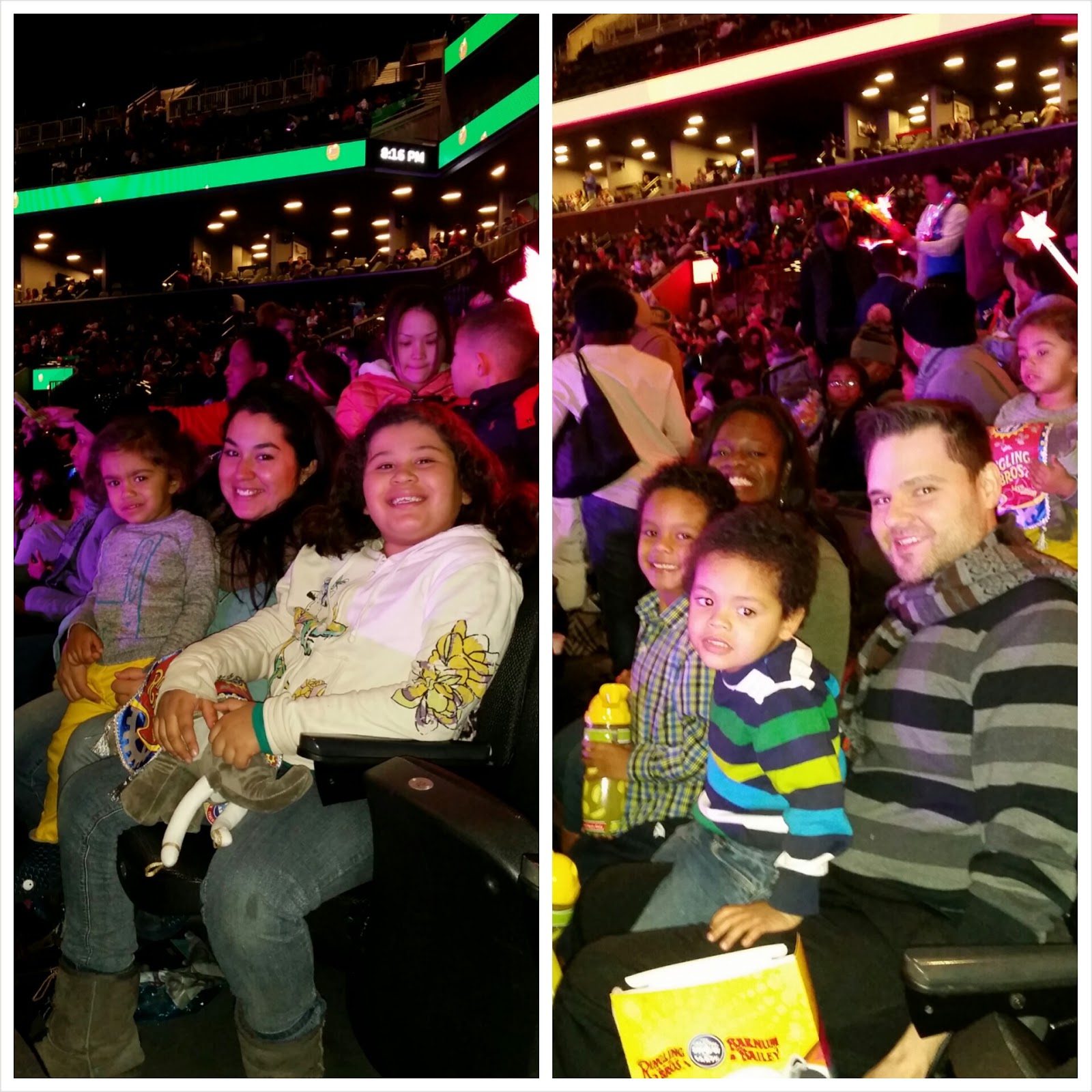 My blogger babes Nicole (The Bronx Mama) and Nellie (Brooklyn Active Mama) brought their families along, and everyone was all smiles as we watched some of the most extreme stunts wrap up the end of the night. 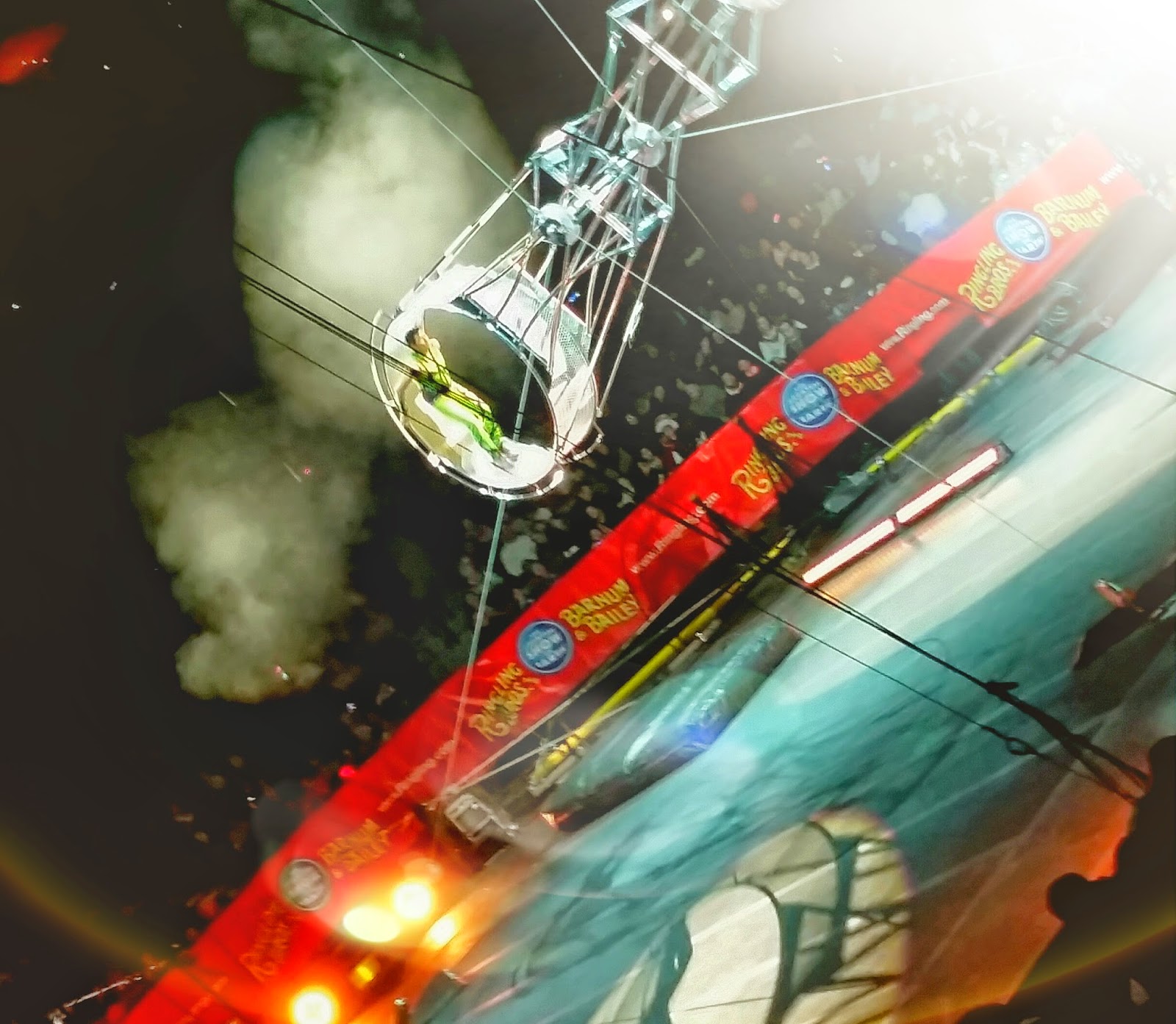 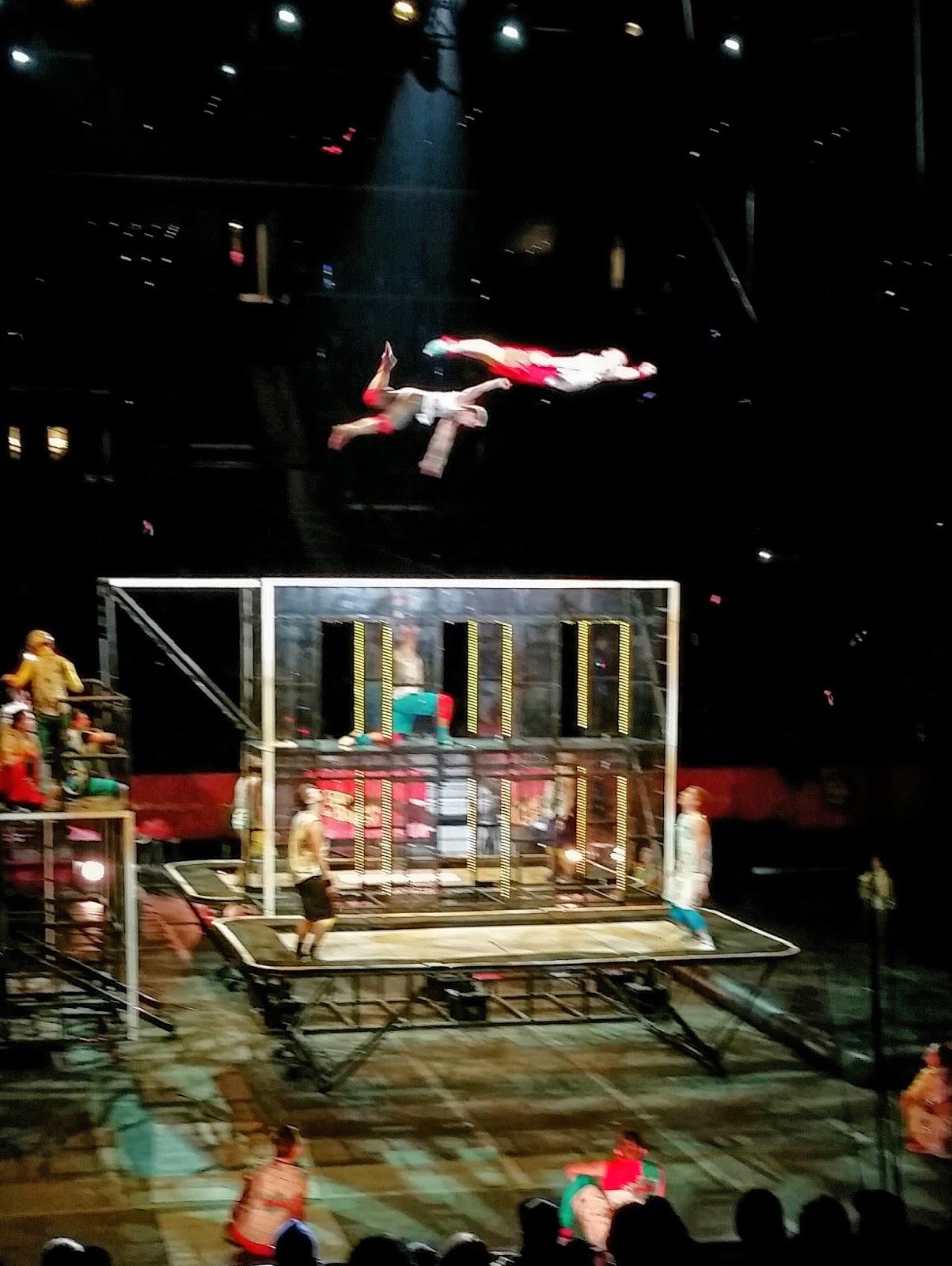 What do you most look forward to seeing when going to the circus?

Ringling Bros. and Barnum and Bailey presents Circus Xtreme is definitely a fun night out with family and friends, so don't miss out on all the Xcitement. The show will be playing at The Barclay Center until March 1st. For the National tour schedule and to learn more about the show, head to Ringling.com and follow them on Facebook, Twitter, Instagram and YouTube!

Disclosure: We received 4 tickets to facilitate this review & the opinions expressed are 100% my own. No other compensation was given.