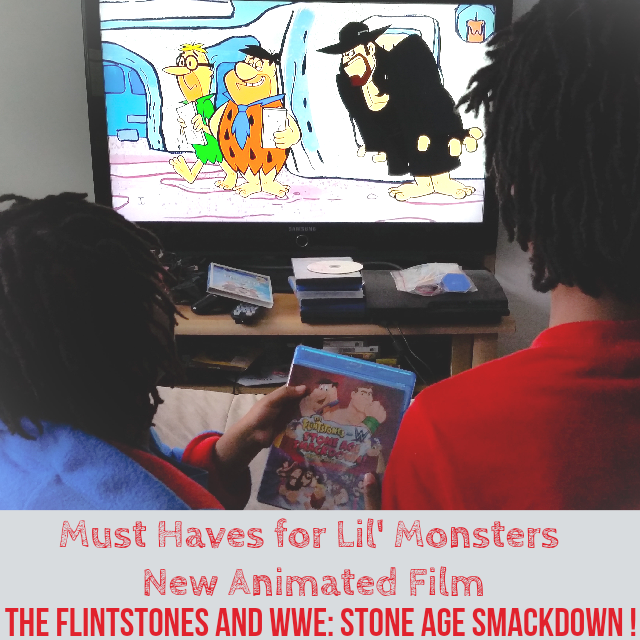 Disclosure// We are Brand Ambassadors for the WWE and were provided a copy of the DVD to facilitate this review, no other compensation was given and the opinions expressed are 100% our own!

"Flintstones, meet the Flintstones, they're a modern stone aged family" ..... as the opening credits play, the hubby and I are instantly brought back to our childhood days as we watched two prehistoric families get into all sorts of silly antics. Yet clearly The Flintstones and WWE Stone Age Smackdown animated film is a modern day twist on the classic, as we watch cartoon versions of WWE Superstars: The Undertaker, CM Punk (Rock), Mark (Marble) Henry and Rey Mysterio (Mysteriopal) grab a cup of coffee from "Stonebucks" (Starbucks) which got a laugh out of our ten year old, vanilla chai loving - wrestling fanatic CJ.

As the countdown to WrestleMania 31 is well underway, excitement is stirring up in the homes of fans in the WWE Universe who are going to love this new movie that's co-produced by WWE Studios & Warner Bros. Home Entertainment. Available on DVD, Blue-ray combo and Digital HD on March 10th, 2015 fans will enjoy the high energy fun, as the Flintstones (who were rated the #2 greatest cartoon of all times by TV Guide) return to center ring. 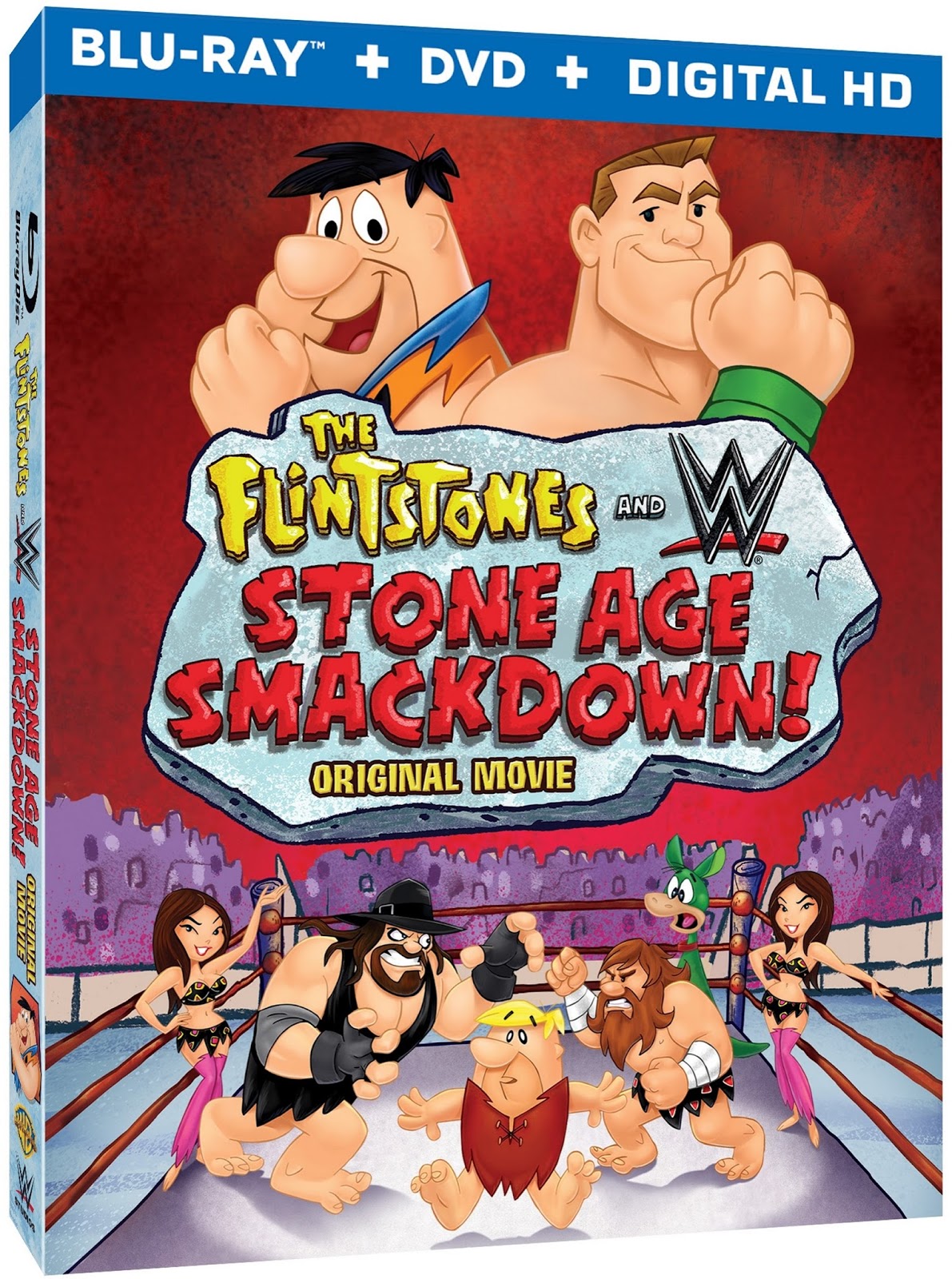 Get ready for some raw-kin’ action in this all-new, original movie that brings some of WWE’s toughest, wildest superstars to Bedrock! When Fred loses his family’s vacation money, he hatches one of his hair brained plans to get it back. It’s a sports entertainment spectacle that involves throwing his best bud, Barney into the wrestling ring with the likes of John Cenastone (John Cena), Marble Henry (Mark Henry) and even The Undertaker, with Fred himself as event promoter! The crowds roar, the “clams” are pouring in from ticket sales and even Mr. McMagma(Vince McMahon) is taking notice of all the hoopla. Can Fred keep serving up bigger and badder matches or is he in for the rocky ride of his life? Including all-star appearances from The Boulder Twins (Brie and Nikki Bella) and Daniel Bry-Rock (Daniel Bryan), it’s time to get the whole family together for a collection of hard-hitting, side-splitting laughs from the most epic event in all of prehistory!

This latest WWE crossover film (The Scooby Doo WrestleMania Mystery was a hit too!) was lots of fun and stayed true to classic Flintstones, laughter-filled adventures. Even though my two monsters (ages 10 and 4) haven't really watched too many episodes of The Flintstones in the past, it didn't seem to bother them at all because there was tons of action that featured some of their WWE favorites. Do we think it will be a hit in your house? In the words of Daniel Bry-Rock: Yes! Yes! Yes!