DoSomething.org and WWE Get Kids to Take on Bullying as They Head Back to School for 2nd Year 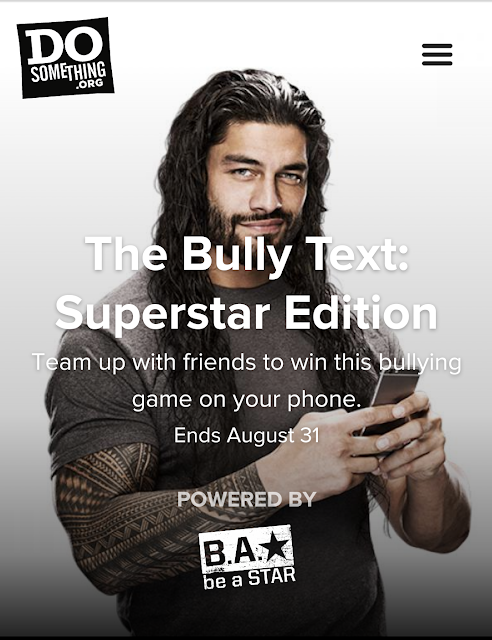 With many parents already sending their kids back to school & the rest of us counting down these last few weeks, there are so many things for both mom/dad and the kids to think about: from back to school shopping to making new friends and just getting back into that daily routine. One issue that seems to be more prevalent within school communities is bullying, with almost 1 in 4 students reporting being bullied at school.

DoSomething.org, one of the largest global organizations for young people and social change, and global entertainment company WWE and its Be a STAR anti-bullying initiative, are teaming up for The Bully Text: Superstar Edition. The campaign, now in its second year, gets young people to take action around bullying by playing an SMS text message game. 1T

Throughout the month of August, young people can virtually work their way through six levels of scenarios with guidance from WWE Superstars and Divas, including Roman Reigns®, Dean Ambrose®, Paige®, Natalya® and Alicia Fox®. Then, each player is given options to stand up and speak out against bullying. For example, “You sit behind Roman. Someone in the back of the bus keeps throwing paper airplanes at him. Do you A) Play it cool- it's not your fight or B) play Superman?” Along the way, players will see how their anti-bullying skills compare to others, and ultimately whether they’ve earned the WWE World Heavyweight Championship title in bullying prevention. Every player will also receive the chance to win a Be a STAR rally at his or her school or community center. 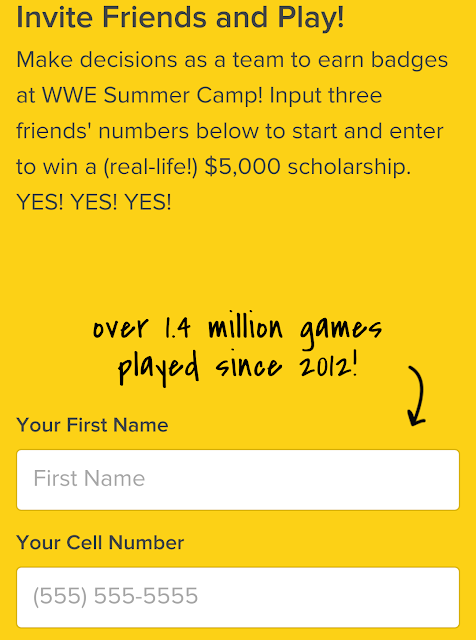 "WWE's massive reach and stellar talent have helped activate thousands of young people around anti-bullying," said Naomi Hirabayashi, chief marketing officer at DoSomething.org. "We're excited to rally WWE fans around this issue for year two to make it bigger and better than ever!"

“We are proud to once again partner with DoSomething.org and provide thousands with resources to help put an end to bullying in their communities,” said Stephanie McMahon, WWE Chief Brand Officer. “Utilizing our global assets and larger than life WWE Superstars and Divas, we are confident that this campaign will help educate young people on the dangers of bullying and encourage them to stand up for themselves and others.”

Disclosure: As a WWE Mom Ambassador I help to spread the word about upcoming events, product launches, campaign etc. No compensation was received for sharing this post and any opinions expressed are always 100% my own.

Email ThisBlogThis!Share to TwitterShare to FacebookShare to Pinterest
Labels: Back to school, Entertainment, WWE wrestling