Go Get Your Scare on! Six Flags Great Adventure for Fright Fest 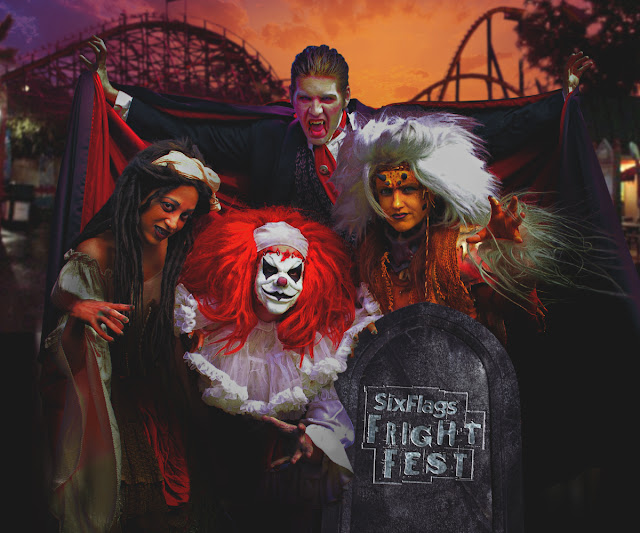 Disclosure: We were provided complimentary media passes to attend in order to facilitate this review. Opinions expressed are 100% my own and no other compensation was received.

Having grown up in a household that lived for watching scary horror movies all year long until the wee hours of the morning and because of my love/hate relationship with thrill rides
( I get teary-eyed and anxious waiting on line to get on, only to end up cracking up laughing and screaming in enjoyment at every dip and turn) heading to Six Flags Great Adventure has always been on my list of must do's this time of year. After a busy month of coordinating events, I can't even tell you how much fun I had after an impromptu late night visit, sans the kids with my hubby and long time friend Sergio.

If you haven't been there yet, this is the last weekend {ends Nov 1st, 2015} of the year to enjoy Fright Fest, but in general it's definitely a spook filled experience worth visiting a few times. Six Flags Great Adventure promised its biggest, scariest Fright Fest® in history this fall with 22 Halloween-themed attractions including three new haunts and four new shows!The seven-week festival that features family-friendly Thrills by Dayand a zombie-filled Fright by Night began Sept. 19 and includes admission to some of the world’s best and most terrifying thrill rides. 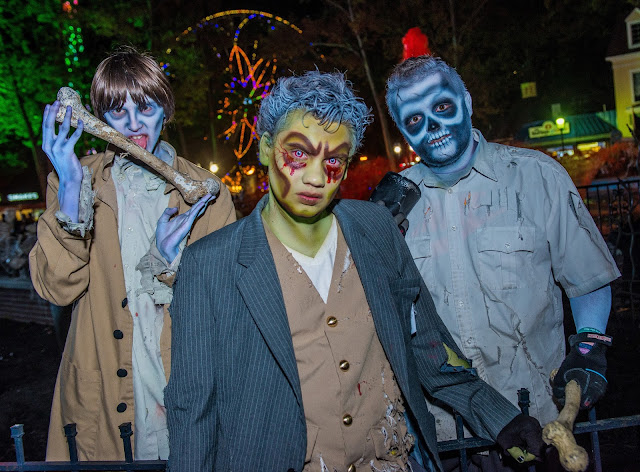 I'm far from being somebody that scares easily, but I won't even pretend I wasn't a bit creeped out. We strictly went for the haunted houses experience and went from one themed scary adventure to the next all while walking through the park and being surprised by the shrills and screams from chainsaws and zombies. And of course the occasional selfie with the walking dead! A few standouts for us were the Big Top 3D Maze which was just visually amazing to look at and Total Darkness had us pretty freaked out as we tried to navigate our way through the maze guiding 5 other people that were holding on to a rope with a wonky flashlight that...... well I won't ruin it for you. 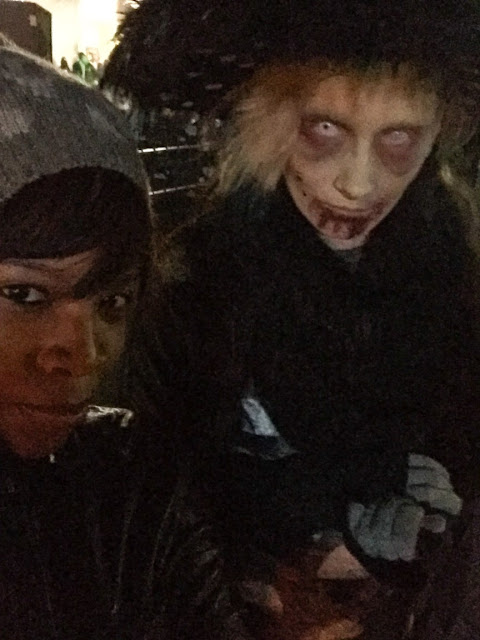 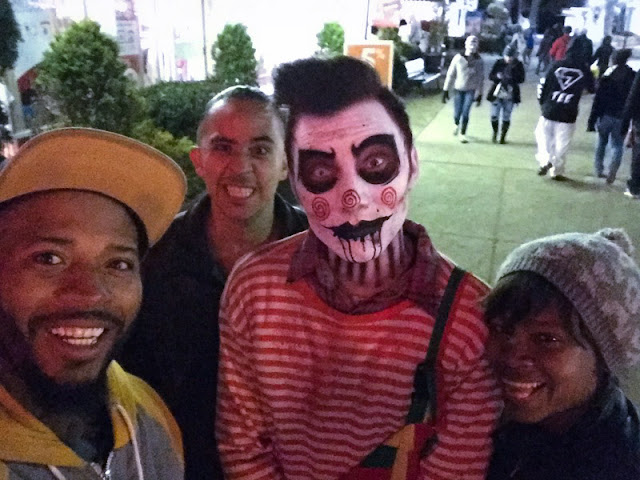 “Fright Fest has become the most popular time of the year at Great Adventure, and this year’s event is our largest and scariest yet,” said Park President John Fitzgerald. “Fall is also the perfect time to enjoy our award-winning thrill rides like El Toro, Kingda Ka, Zumanjaro: Drop of Doom and the new El Diablo in the crisp night air.”

By day, families can enjoy the new Spooky, Kooky Magic Show featuring the zany Doc Swan, and Just My Rottin’ Luck, a new comedic juggling and magic show. Back by popular demand, children under 12 can gather sweet treats in the Trick-or-Treat Trail and join in the fun at the Spooktacular Street Party. Families can also experience the park’s famous line-up of thrills for all ages, including the Safari Off Road Adventure, SkyScreamer, Skull Mountain and more.

At 6pm, the festival transitions to Fright by Night as 200 zombies are released into the midways during The Awakening. An array of crazy clowns, mutants and angry flesh eaters mingle among mortals throughout five themed areas known as “scare zones,” three haunted houses and four outdoor terror trails. New this season:
Big Top Terror 3-D – This new, indoor haunted maze transports guests to a forgotten carnival trapped in the netherworld, where freaks and inbred horrors need fresh, new souls to escape. This 3-D, in-your-face adventure blurs the line between reality and imagination.
Demon District – Ugly, twisted villains have seized control in this new scare zone. Guests must make their way through a blanket of fog, laser lights and demons running amok.
Blood Shed – This new terror trail features half-human, half-pig mutants in a backwoods adventure through a gory slaughter farm.

Nighttime shows, known as “monstertainment,” provide thrills, laugher, shock and awe. The iconic Dead Man’s Party, The Awakening and Circus of Thrills return by popular demand. New this season:
Hypnosteria – Comic hypnotist Denny More takes guests on a journey of the mind into the realm of ridiculous with side-splitting laughter and hilarious antics.
Doc Swan’s Sideshow of Oddities – Magician, illusionist and freak show master Doc Swan thrills and awes audiences with amazing feats of skill and superhuman strength.
Bad Bob the Bone Butcher – Guest can journey to the Wild West where a bumbling sheriff and his deputy try to defeat the evil Bad Bob.

All scare zones and monstertainment are included with park admission. Terror trails and haunted houses require an additional fee. Fright by Night is not recommended for children under 12 and those who scare easily. For more details head here, if you dare!
Posted by Dellah at 1:57 AM