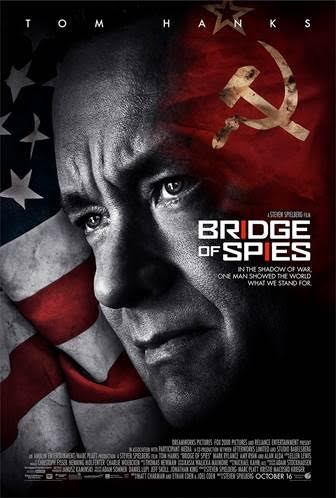 Earlier this month I eagerly accepted the opportunity to attend the screening of Dreamwork's Bridge of Spies with a Q&A to follow with film legends, Tom Hanks and Steven Spielberg. From the onset, one feels something unique in the opening credits of Steven Spielberg and Tom Hanks' most recent team up, the Cold War centered, Bridge of Spies. Noticeably missing any music in the opening scene, Spielberg himself describes that he was "enamored with the symphony of New York" so he used it as the score for the opening scene. Diving the audience immediately into the intricate yet out in the open world of international espionage, Bridge of Spies gives us a rare glimpse into the paranoid state of our country when the threat of a thermonuclear attack was not just possible, but tangible. 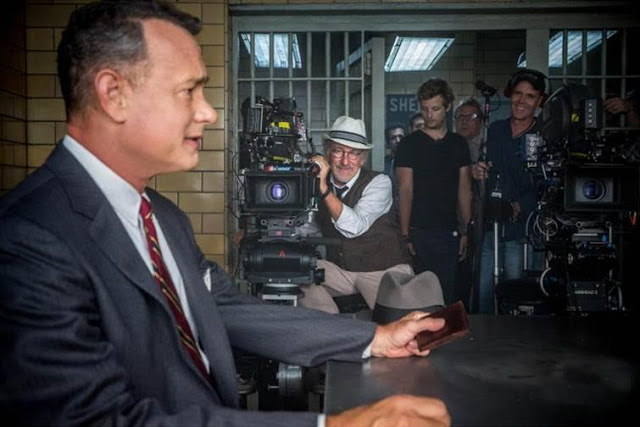 As with past movies between the two Hollywood icons, the historical backdrop for the movie is precise in detail and significant in content. Focusing on James B. Donovan, a man quietly etched into international history, Bridge of Spies takes a regular, everyday insurance attorney and places him smack in the middle of an escalating international conflict. Considering the Cold War thankfully never ignited, one could easily assume that a movie based on a small moment in the nearly fifty year conflict could easily become boring. However, despite the very limited action, one of the standout parts of the film, the dialogue, shines. 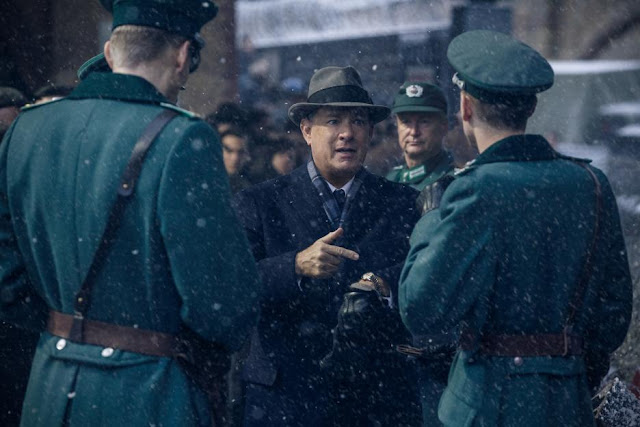 Having Tom Hanks' deliver a great performance is almost a given. However Bridge of Spies is highlighted not just by Hanks' but by the masterful interaction between his portrayal of Donovan and the alleged Russian spy Rudolf Abel, played by Mark Rylance. Well timed wit causes the audience to laugh in the midst of pretty heavy political themes. Despite facing public contempt for defending Abel, Donovan and the foreign spy grow a genuine friendship founded on morality and a strong code of ethics. It is the brilliant moments where they are sharing a scene that displays the delicate matters of perspective that defined the Cold War. Making these scenes far and few in the movie forces the audience to look forward to their dynamic and value it even more. That friendship then leads to the climax of the movie where Donovan, acting as an unofficial government agent leads the negotiations to trade the alleged Russian spy in American custody with a guilty American one caught during a failed secret reconnaissance mission over Russian airspace. 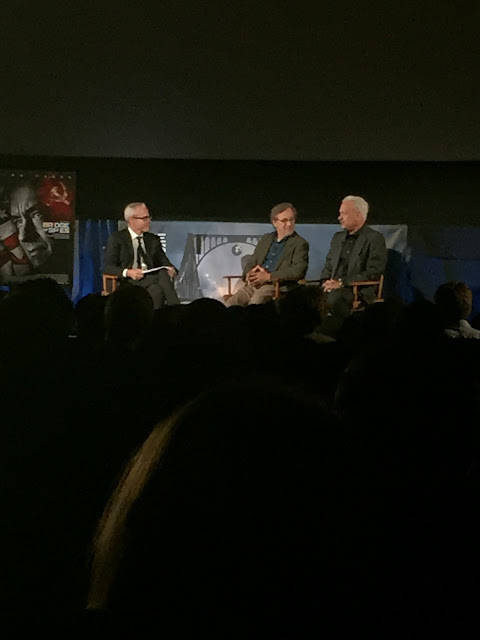 The thin line between being an alleged spy and a good soldier and the morality behind the accused and the man tasked to defend his life is the reigning theme in the already buzzing Oscar contender.

SG has a daughter and works daily to cohesively co-parent with her mother here in NYC. He is a CUNY graduate with a bachelor's in Public Administration and a minor in English. He works at a NY accounting firm during the day but his passion lies in the arts.
Posted by Dellah at 4:03 AM