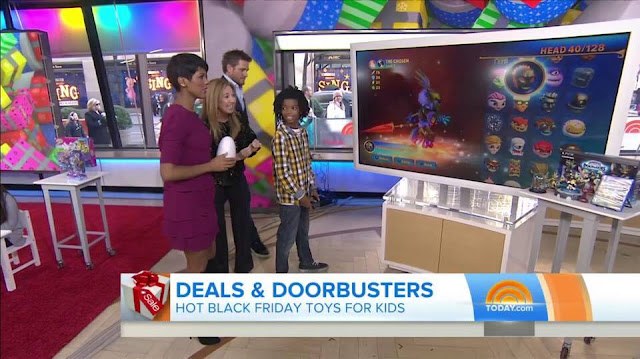 During my two days off a week I love to have my morning talk shows playing in the background and usually the segments that manage to tear my eyes away from my laptop screen are any having to do with shopping, fashion or travel. Ok and a few of the ratchet celebrity stories. So Imagine how excited we were when our blogging buddy Adam of Dadarocks.com hit me up to ask if we'd be interested in having our son CJ appear on the Today Show since he knew we were big Skylanders fans. All CJ ever dreams about is his chance to act on a television show, so the chance to demo Skylanders Imaginators for Laurie Schect "The Toy Insider" during a Black Friday Segment was going to be huge deal since he'd be playing one of his favorite video games.

Disclosure: We were gifted a Skylanders Imaginators set for CJ's demo on the show.  No other compensation was received and opinions expressed are 100% our own! 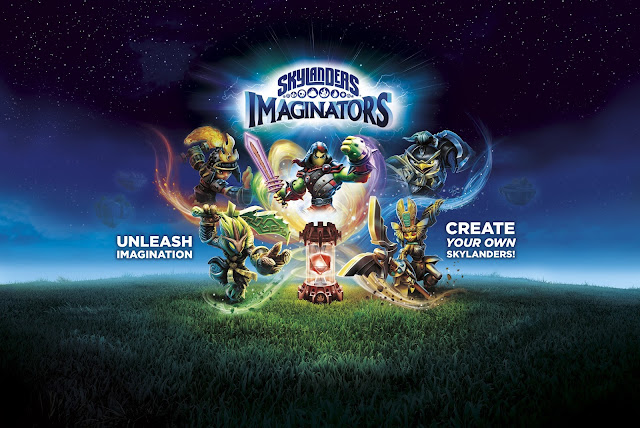 With Just two days before the biggest shopping day of the year, our boys had already added Skylanders Imaginators to their list to Santa and couldn't wait to find it under the tree so they could play while on winter break. Being the gamer fanatic that he is, CJ had no problem jumping on set {after the nervous butterflies of actually being on TV, versus recording himself on his Ipad for his LilMonstersinNYC Youtube Channel} to show   viewers and  how to scroll through the varied options to create his own custom Sklyander character.

Skylanders Imaginators empowers players to unleash their imaginations by giving them the freedom to create their own Skylander character, plus this latest installment supports all 300+ Skylanders from previous games. As parents we were pretty excited to hear that the boys could use the 50+ figures they already owned to play, which meant we wouldn't need to buy all new figures. With that said, the hubby and I used to game a bit when we were dating and one of our absolute favorite games of all time, even to this day was Crash Bandicoot. It's pretty cool that this latest game will also feature Sensei toys and characters including this year’s guest stars Crash Bandicoot, Dr. Neo Cortex and Kaos. 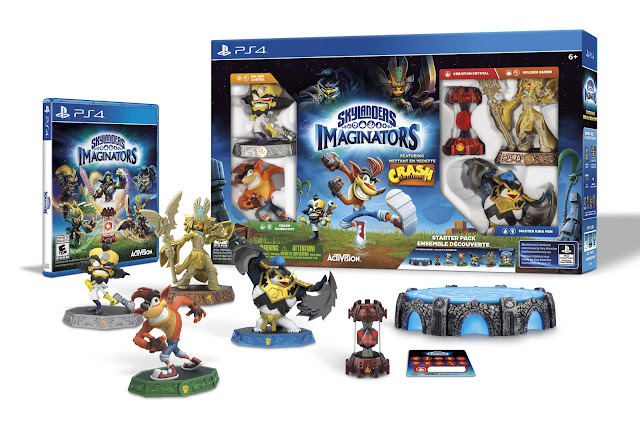 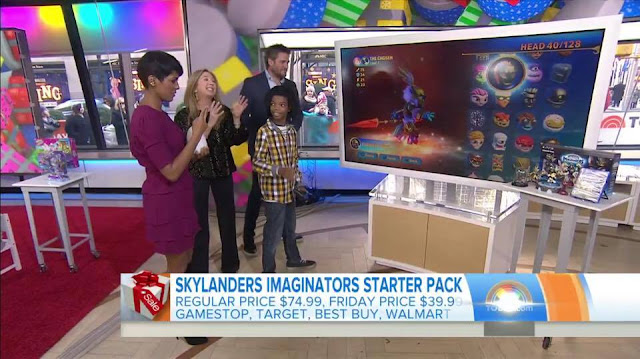 Take a look at CJ's experience on the show as he opens the segment and is featured again while playing {starting at 4:19}.


Giveway Time!
As a special gift to our readers we're giving away:

1) Custom 3D  Printed Skylanders Imaginator Figure {msrp: $50}
Which will allow you to bring your created character from the digital world to life in the physical world as a fully playable figure. Enter to win using the giveaway tools below.