Mama's Night Out on Broadway: Pretty Woman the Musical and Discount Code 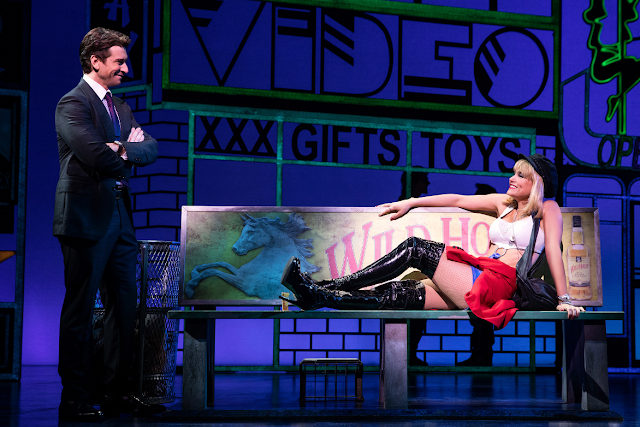 Disclosure: This post is made possible by support from Pretty Woman: The Musical. All opinions are my own.

Meeting up with my wifey for lifey Erin back at our old stomping grounds of Times Square (where we taught preschool together) for dinner while catching up on life and then to see Pretty Woman: The Musical on Broadway were the makings of a fantastic early Mother's Day celebration. Clearly, growing up we were both fans of the cult classic 1990's movie starring Julia Roberts and Richard Gere and wondered how this adaptation would translate on a Broadway stage. It can really be hit or miss trying to recreate such an iconic story to a live audience in a way that will allow viewers to separate the film from the show with an open mind and appreciation for any newer elements. 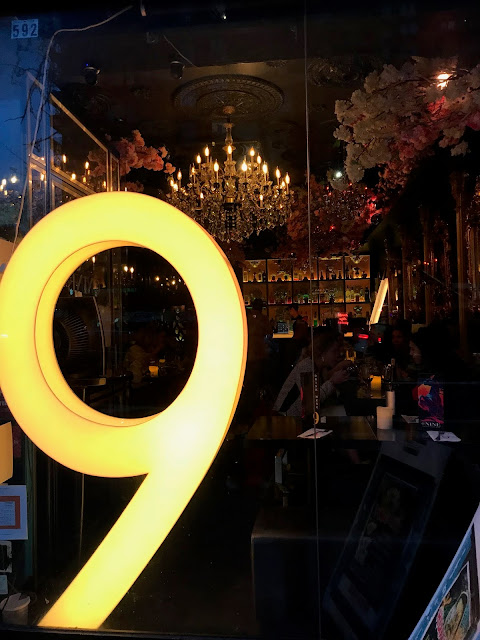 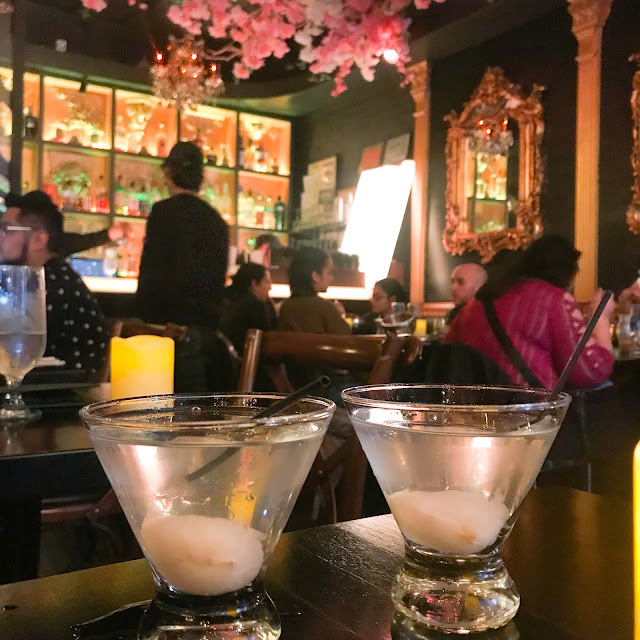 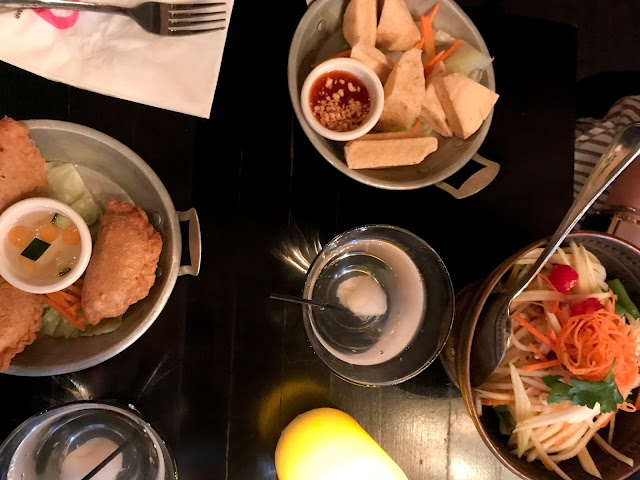 There are some really great little neighborhood eateries to get a variety of multi-cultural food at an affordable price, which can sometimes seem like a rarity in Midtown. Remembering a Thai fusion spot we used to order takeout from during our lunch breaks, Erin and I headed to Hell's Kitchen to a restaurant called At Nine which had a similar menu but updated swankier decor. Over fried tofu, green papaya salads, and curry puffs we dished on mommyhood and navigating entrepreneurship and grad school. You better believe those $6 happy hour lychee martinis were enjoyed!

I really went into viewing this with no expectations other than to have a good time watching one of my fave romantic stories unfold with the glitz and glam of Broadway. Just like the original, we get a look into the collisions of opposite worlds as Vivian Ward (Samantha Barks)  a sassy yet endearingly sweet streetwalker and Edward Lewis (Andy Karl ) a  wealthy businessman meet on Hollywood Blvd where she shows him how to navigate his fancy ride back to his hotel for a mere $300. After agreeing to be his date during work-related, social gatherings Vivian manages to find her way into Edward's heart and teaches him that there's more to life than business and money. 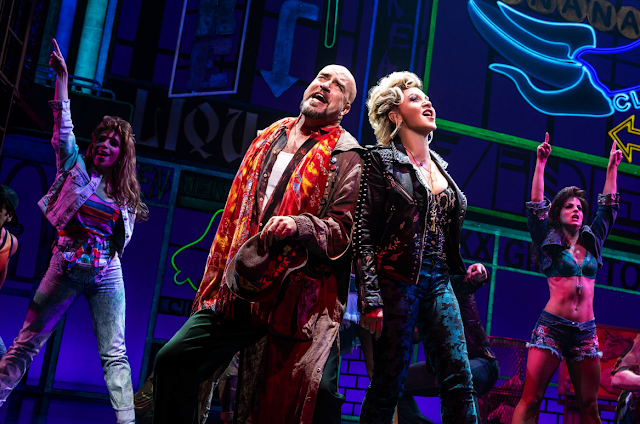 Written by the legendary Bryan Adams (I remember belting out Everything I Do, with all the tween feels while watching Robin Hood) the musical performances were upbeat and fun to watch, and the songs gave off a cheesy-good dose of nostalgia. If you're a true fan and remember the bathtub scene than you may have noticed that the Prince song was replaced with a new original song written by Adams.

Tony-nominated actress Orfeh and actor Eric Anderson  (pictured above) really stole the show for me with their powerhouse vocals as Vivian's best friend Kit De Luca and the Beverly Willshire hotel manager. 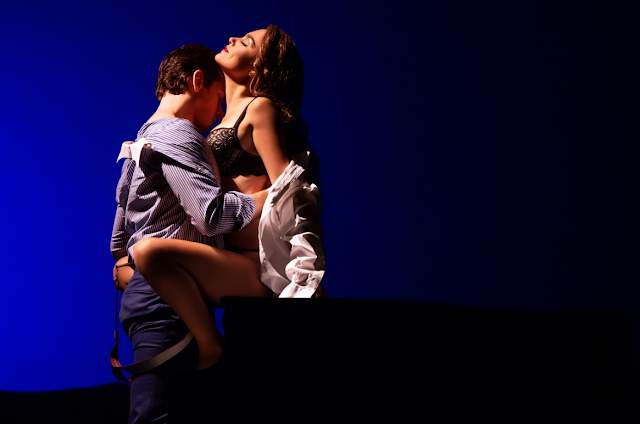 The only warning I'd give is that this show probably isn't meant for a younger audience because there are a few sexy scenes that linger longer than parents may feel comfortable with their tween and teens viewing. The suggestive moments may make for interesting conversations with your kids afterward. 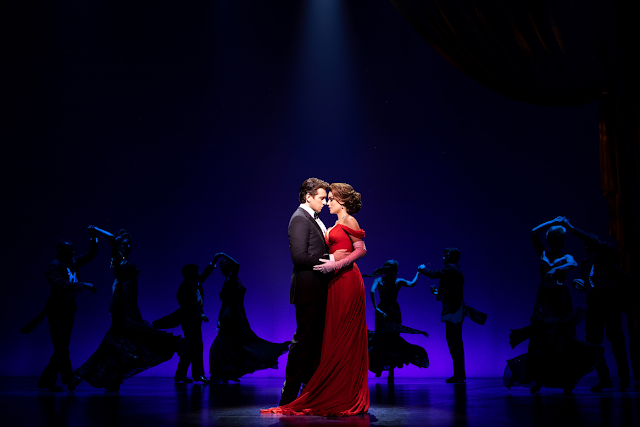 Overall we enjoyed the show, Samantha and Andy were both incredibly charming to watch in their roles and the contemporary version kept true to the iconic scenes we remember from the movie as the two romantics save each other from their current lives that were missing something.

It was an uplifting and heartwarming performance with a strong, talented cast. Keep an eye out for Nico Dejesus who made his Broadway debut as the main bellboy! With his experience working with Disney on Newsies the Musical and the hit show Shake it Up, it's no wonder his character was so adorable and funny to watch.

Personally, mama's should be celebrated all year round, grab your tickets to Pretty Woman the Musical at discounted rates starting at $59 with code MOM1 redeemable through 9/1 and treat yourself or your tribe to a show!