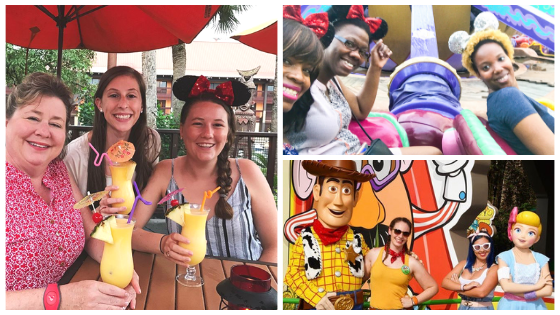 Who can agree it's time for a girls weekend at Walt Disney World? There's been a recent social media rant from a mom that's getting lots of buzz on banning kidless Millenials from visiting the most magical place on earth. I think that's such nonsense, especially over a pretzel her 3 yr. old son didn't get due to expected long lines. Disney is meant to be enjoyed by everyone! Can you imagine growing up and not being able to afford to go to Disney until you hit your adult years, only to be told you can't visit the parks because you're not a parent?

I'll never forget a spontaneous crazy six hours of kids free fun I had a few years ago with my girls Tiffani of MyMommyVents and Valerie of Mommyrandr running through Magic Kingdoms Main Street to Milly Rock with Frozo during a parade, grabbing dole whip and turkey legs and cracking jokes on a magical carpet ride before getting caught in a freaking downpour. When you don't make strategic plans you end up hanging out on all the kiddie rides and we could care less that we were soaking wet, we rode "It's a Small World" and "Pirates of the Caribbean" without our own kids fussing and whining and ended the night with spectacular fireworks. I put the dang mom guilt aside and had the absolute best time! Watch the fun here.

If you are taking a break with your girlfriends at Disney, I have some great planning tips for you. Follow these awesome Walt Disney World girls weekend ideas to have the time of your life with your girl gang at Disney! 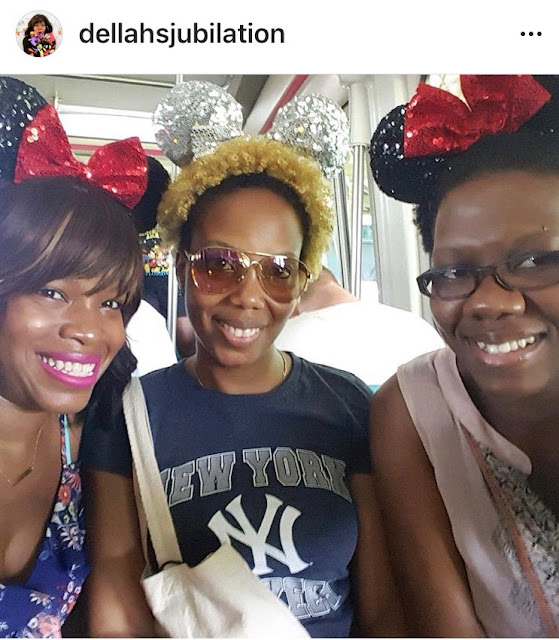 Go to shopdisney.com to find the perfect set of mouse ears to bring to your Disney World girls weekend. There are a bunch of really cute ears with bows big and small, sequins, flowers and all kinds of color. 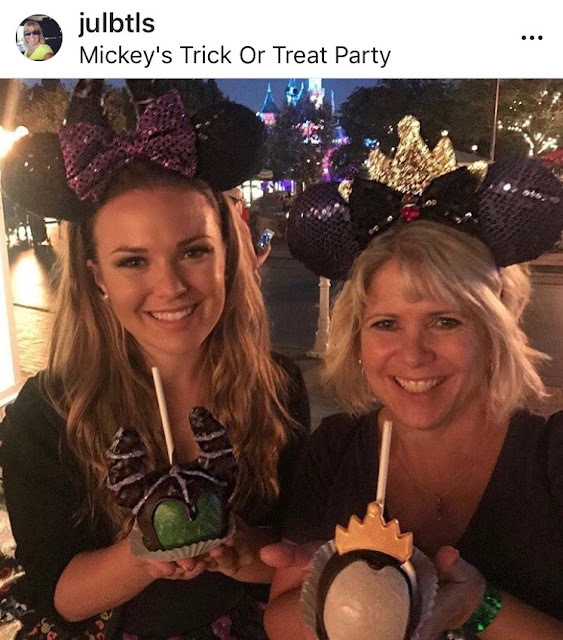 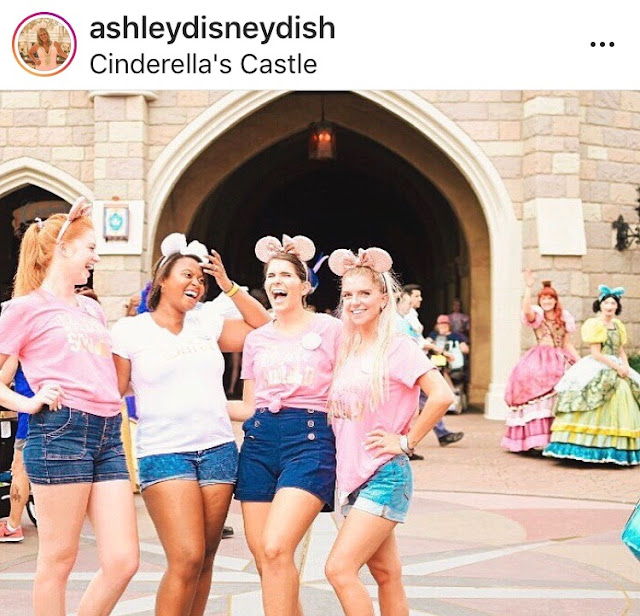 [@ashleydisneydish]
The Ears feature favorite attractions, or Disney movies as well, including a really cute jasmine headband with the magic carpet tied into a bow and Up inspired ears with colorful balloons that I'm obsessed with! You can even find creators on IG and Etsy who can customize pairs for your bachelorette and birthday celebrations or any special occassion. Make sure your group gives themselves enough time to order, nobody wants to be the one with no ears. 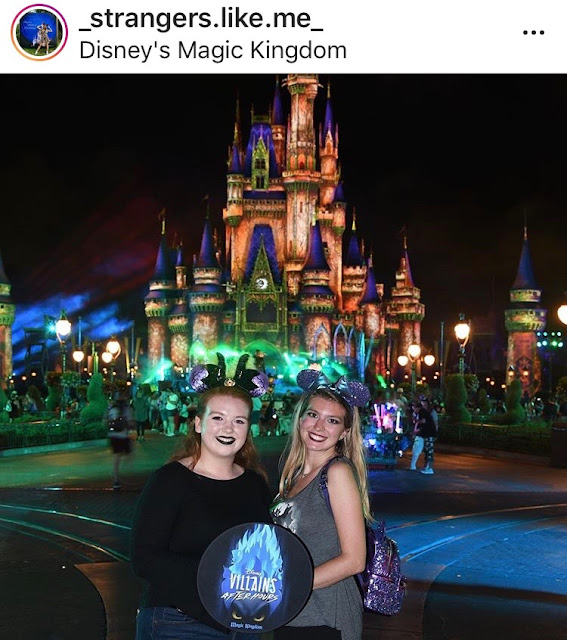 Start the weekend early by going into Magic Kingdom on Thursday Night for Villains After Hours. It's an exciting new take on After Hours parties at Magic Kingdom. The night features new entertainment with villainous enhancements to Pirates of the Caribbean and Space Mountain. 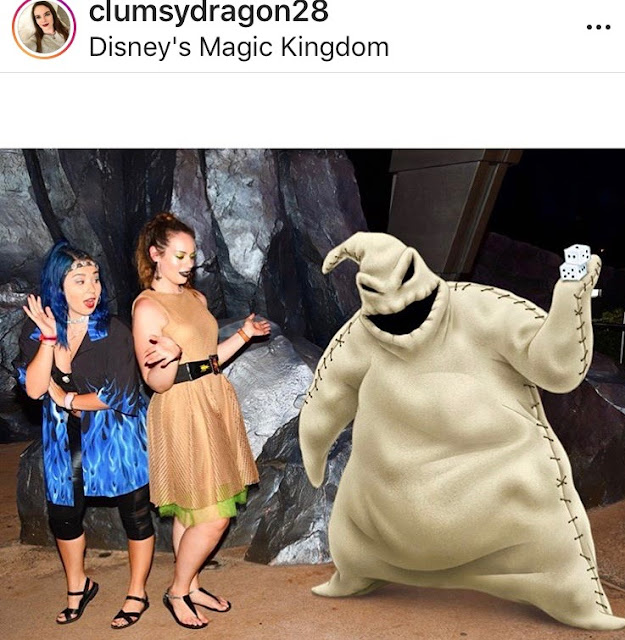 There is even a new stage show featuring Hades and other notorious ne'er-do-wells. Running through August 8th, from 10pm - 1am, there's still time to catch this show tonight August 1st and next week August 8th. 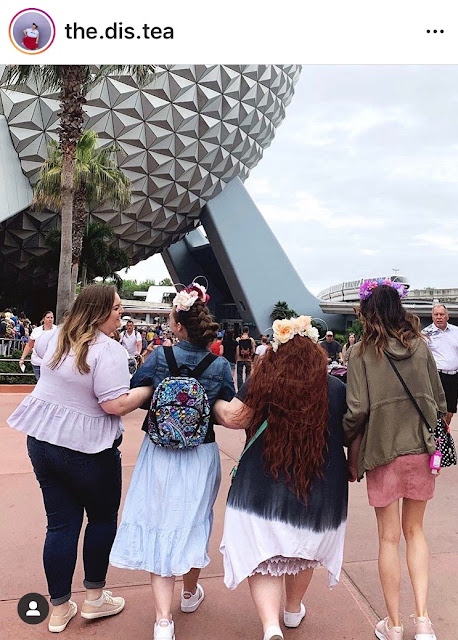 Drink Around the World

Take a full day at Epcot to shop and casually stroll the world showcase. There are tons of Instagram Worthy picture locations for awesome selfies for your Disney World girls weekend. 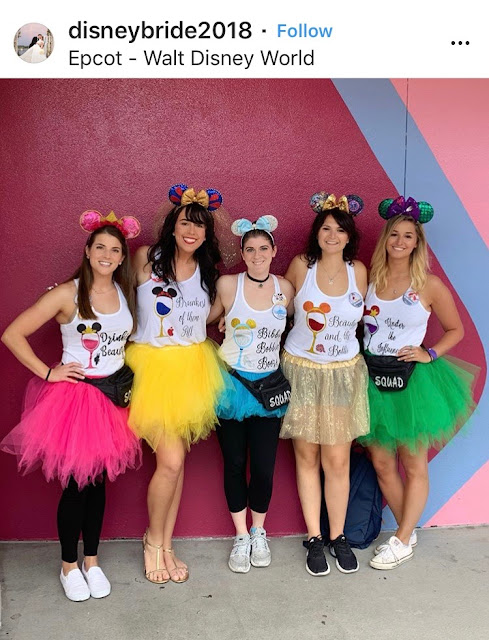 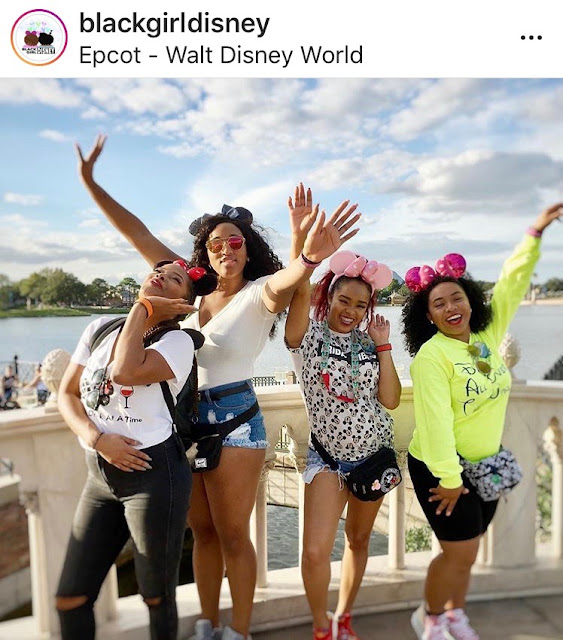 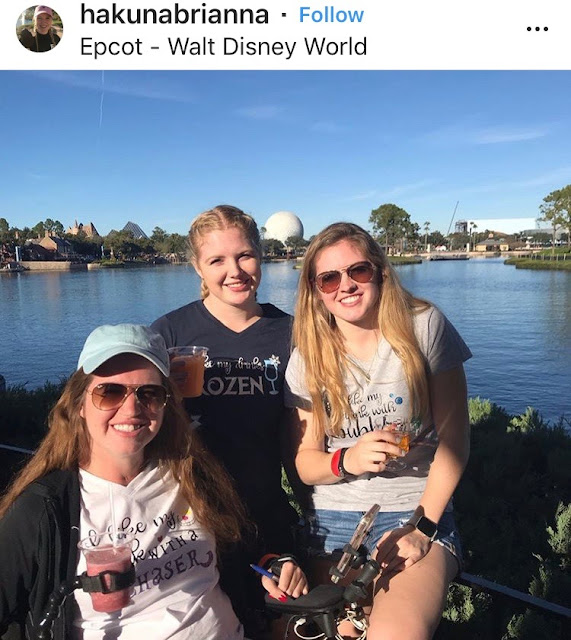 One of the best things to do while touring the world showcase is to take a self-guided walk around the world and toast to life. Sample flights at Germany, Italy, and France and make a few other important stops as well. Try a cocktail or tequila flight at Cavo De Tequila in the Mexico Pavilion, and definitely have some sake in Japan! 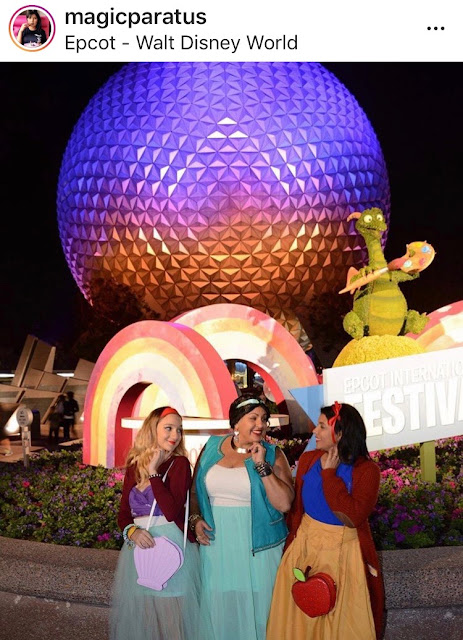 Take all you girlfriends out for a day of park hopping while dressed up as your favorite characters. Disneybounding is such a fun way for everyone to share their passion for all things Disney mixed with their own style. 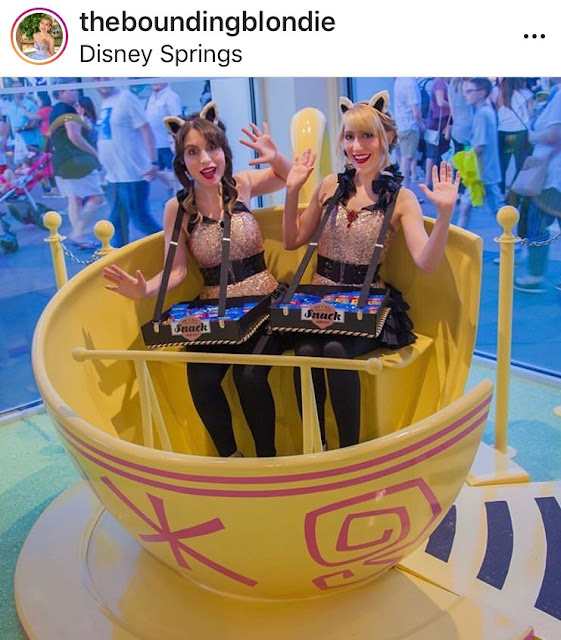 Start at Magic Kingdom, Take the Monorail to Epcot, boat to Hollywood Studios and get a Lyft, or Uber to Animal Kingdom, then finish the night back at Magic Kingdom. If you aren't sure which attractions to highlight pick a theme, like roller coasters, or Toy Storyland - I'm dying to ride the slinky dog dash coaster 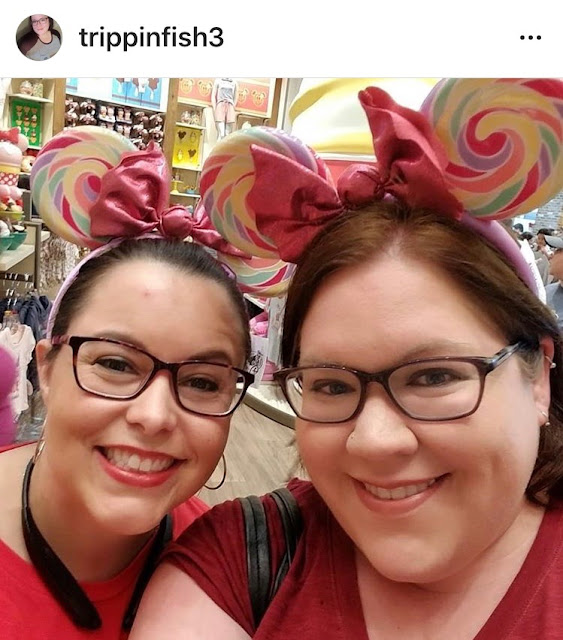 No Disney World girls weekend is complete without a Disney Springs session for some retail therapy. Have amazing food at the landing and shop at the Town Center. Make sure you visit Cherry Tree Lane in the Marketplace Co-op and don't forget to stop for a treat at Ghirardelli. Chocolate is always a win! 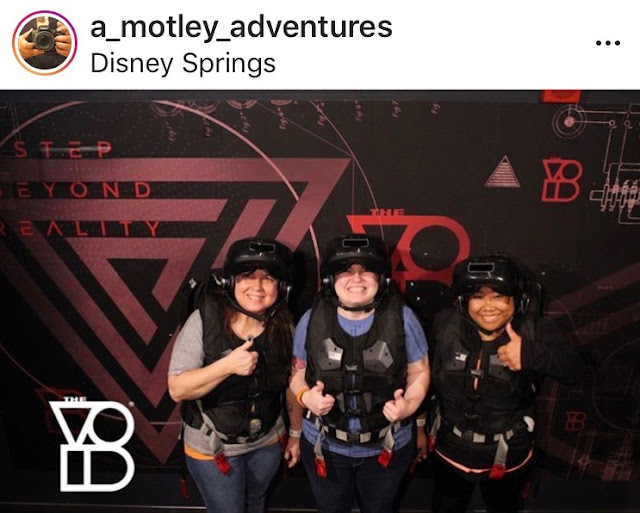 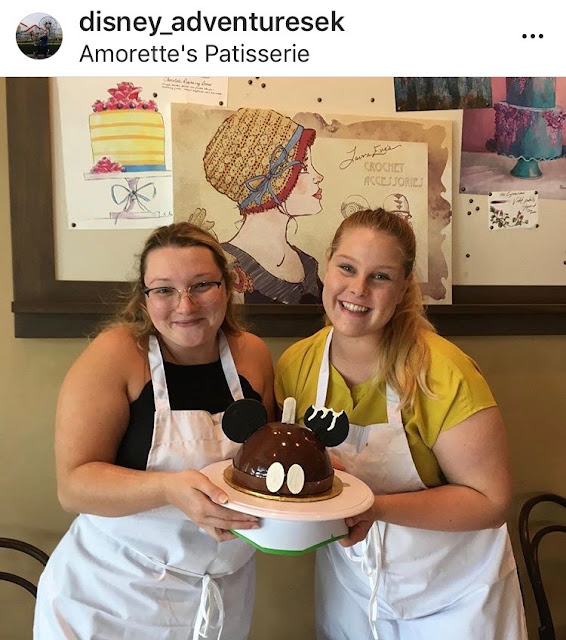 [@disney_adventuresek]
For more thrills and adventure, with no boys around check out The Void Star Wars™: Secrets of the Empire walkthrough VR adventure, fly 400 ft. in the air in the Aerophile helium Balloon (flying in hot air balloons are on my bucket list), and take a tour in one of the Vintage Amphicars or the Italian Water Taxi by Boathouse. I'm such a sucker for pastries that I'm already looking over the menu for our first visit at Amorette's Patisserie & while you are at the Marketplace, be sure to go to the Coca-Cola Rooftop Beverage Bar.

Don't Forget to Pin It! 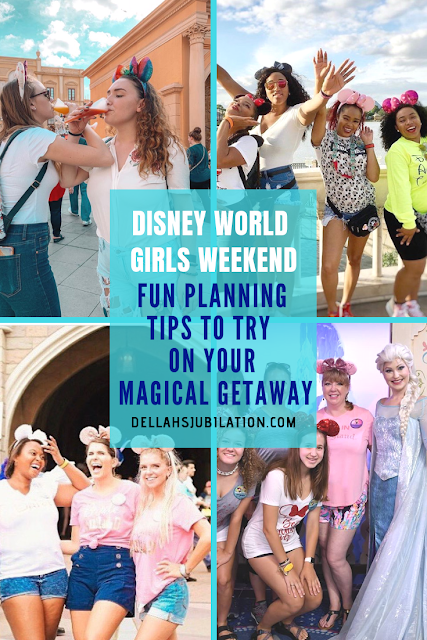 How are you planning to spend your weekend with your tribe at Walt Disney World? I'd love to know some suggestions to add to this list!