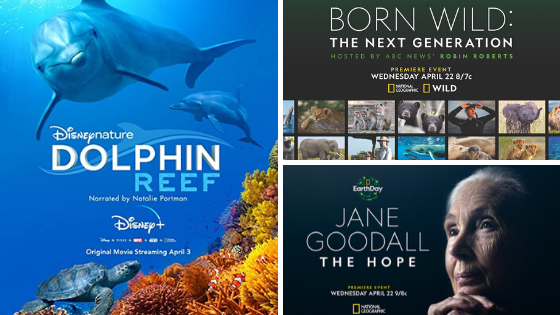 2020 will be forever remembered as the year we were all forced to slow down, stay in place and to pay more attention to how we're caring not only for ourselves but for the world we live in. The coronavirus pandemic has affected us all on a global scale and it almost feels like Mother Nature was finally fed up and said: "alright ya'll are doing too much down there & ignoring all the signs and I need to check you!"

Weeks into this health crisis and as each country requires their residents to stay home, there were all these articles coming out about better air quality in China and Italy, clearer canals in Venice and sightings of wild animals roaming the streets and National Parks freely. At the very least, let's see if some good comes out of all this with positive environmental changes by next year.

As we celebrate the 50th anniversary of Earth Day, Disney and National Geographic aim to inspire families to be hopeful and stay connected. Check out their latest Earth Day themed content and activities for families.

Some of the places we miss visiting the most while social distancing is our zoos and aquarium right here in NYC because they were the closest we could get to seeing some of our fave creatures up close and personal. Our youngest has been pretty bummed that we'll be unable to visit a new one out of state like we've done in the past during family reunions and summer vacations.

We were one of the first families to become members of the Bronx Zoo nature club and now at 9 years old, Tristan is obsessed with flamingoes and most recently added zoologist or veterinarian to his list of dream jobs. We've always been avid documentary watchers and have viewed tons of Nat Geo specials with our boys, so we're really looking forward to tuning into these 4 special programs out before checking out some of the Earth Day inspired activities.


"Today all our problems are interconnected. One problem can create another."
More than ever our world is in need of hope and in this two-hour documentary viewers will go through chapters of Dr. Goodall’s journey in the 60 sixty years since her groundbreaking discoveries in Gombe researching wild chimpanzees, including her activism, creation of her non-profit organization the Jane Goodall Institute and the Roots & Shoots youth program, along with her current efforts to inspire the next generation.

In a recent interview with CNET Dr. Goodall discusses how the mistreatment of animals and the environment have led to the widely spread COVID-19. The correlation between our disrespect of nature and what's happening in the world right now really makes a lot of sense.

Born Wild: The Next Generation Hosted by Robin Roberts of "Good Morning America, National Geographic presents Born Wild: The Next Generation, a one-hour event that takes us on a journey through fascinating stories of hope and gives watchers a revealing look at the next generation of fascinating and charming baby animals in the world and their ecosystems which are facing daunting challenges from day-to-day. Plus who doesn't want to watch actor Chris Hemsworth take care of an adorable koala joey?! Tune in to National Geographic on April 22nd at 8/7c.

Narrated by the soothing voice of Meghan, The Duchess of Sussex, Disneynature's Elephant premiered on April 3 on Disney plus. Directed by Mark Linfield, co-directed by Vanessa Berlowitz and Alastair Fothergill, “Elephant” follows African elephant Shani and her spirited son Jomo as their herd makes an epic journey hundreds of miles across the vast Kalahari Desert.

Jomo is so stinkin' adorable and will likely remind you of all the little kids in your life who's ever-growing curiosity and love of exploring leads them to fun adventures and some challenges. Led by their great matriarch, Gaia, the family faces brutal heat, and determined predators, as they follow in their ancestor’s footsteps on a quest to find food, water and reach a lush, green paradise. 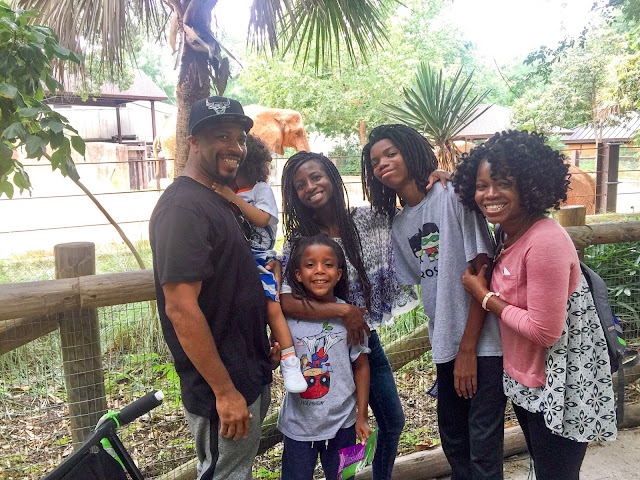 Riverbanks Zoo and Garden in South Carolina had the most beautiful African elephants who seemed right at home, basking in the sunlight. Our family took tons of pictures and watched in amazement for the longest at this exhibit, the boys were completely hooked on watching their playful movements. We would have loved to visit them again but the matriarch passed away not too long after our visit which was then followed by a big goodbye  to the last two pachyderms Belle (originally from Columbus Zoo) and Robin (originally from Disney's Animal Kingdom).

Narrated by Academy Award-winning actress, Natalie Portman 'Dolphin Reef' dives under the sea to frolic with some of the planet’s most engaging animals: dolphins. Created with Disneynature’s signature storytelling style, the film introduces Echo, a young Pacific bottlenose dolphin who can’t quite decide if it’s time to grow up and take on new responsibilities. Dolphin society is tricky, and the coral reef that Echo and his family call home is dependent on all of its inhabitants to keep it healthy. But Echo has a tough time resisting the many adventures the ocean has to offer.

Disneynature has also released fun extras called In the Footsteps of Elephant, A Life on the Edge, and Diving with Dolphins, which give viewers a really cool behind-the-scenes look at the unique filmmaking process of all three documentaries. We've already watched 'Footsteps of Elephant' which made us feel like we were riding along in their doorless jeeps

How will you and your family be celebrating 50 years of Earth Day?