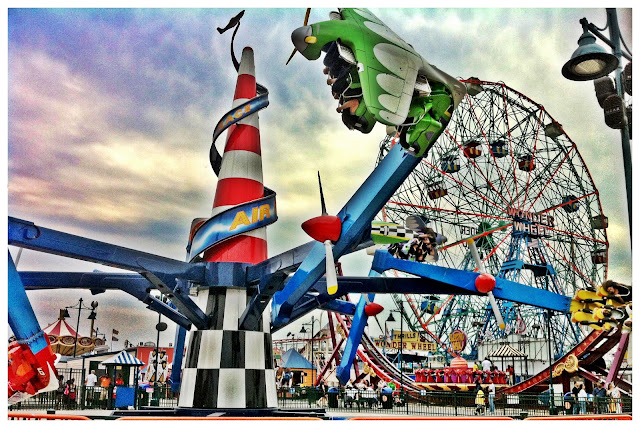 We'd been planning for nearly a month, back and forth texting ideas, surfing the web for deals as the days got closer to the arrival of our cousins and their kids from Pennsylvania and decided that we should spend part of their brief 3 day trip at Coney Island's Luna Park & the NYC Aquarium. We loaded up the Joovy and City Mini strollers with snacks and gadgets for the train ride and had a blast. 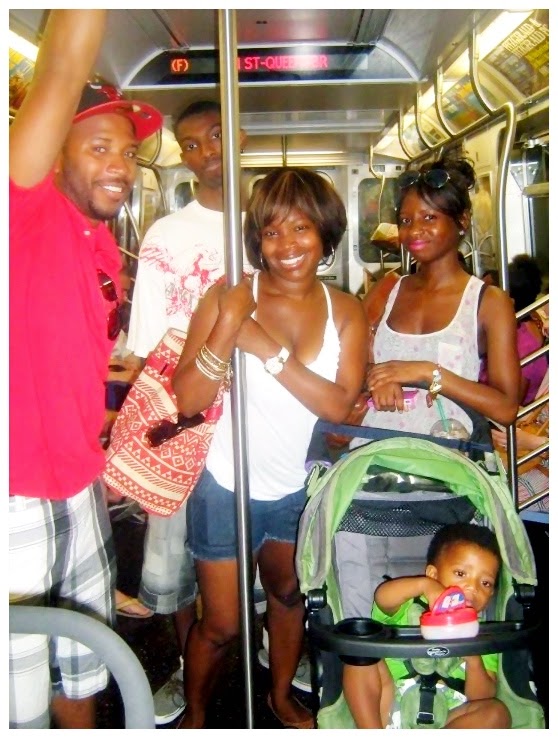 When you don't have a car and live in any of the 5 boroughs sometimes to get to your destination it may require a 35+ stop train ride, like ours from Queens to Brooklyn {last stop on the F train}. Yet there was no complaining because it gave us a chance to catch up on what everyone had been doing. 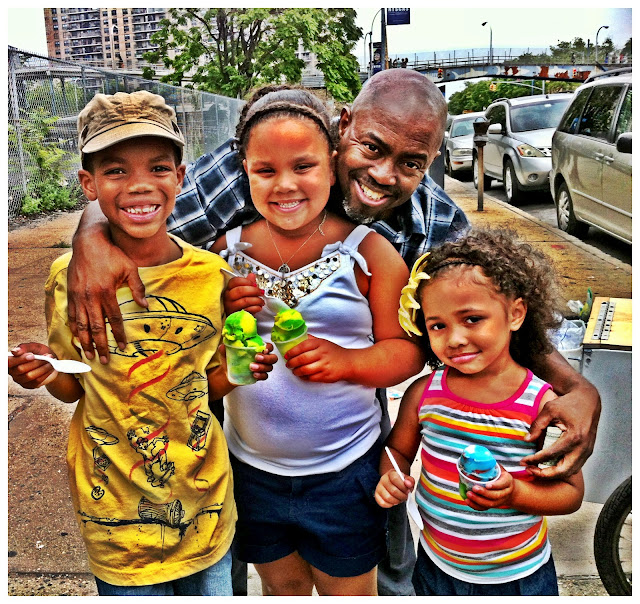 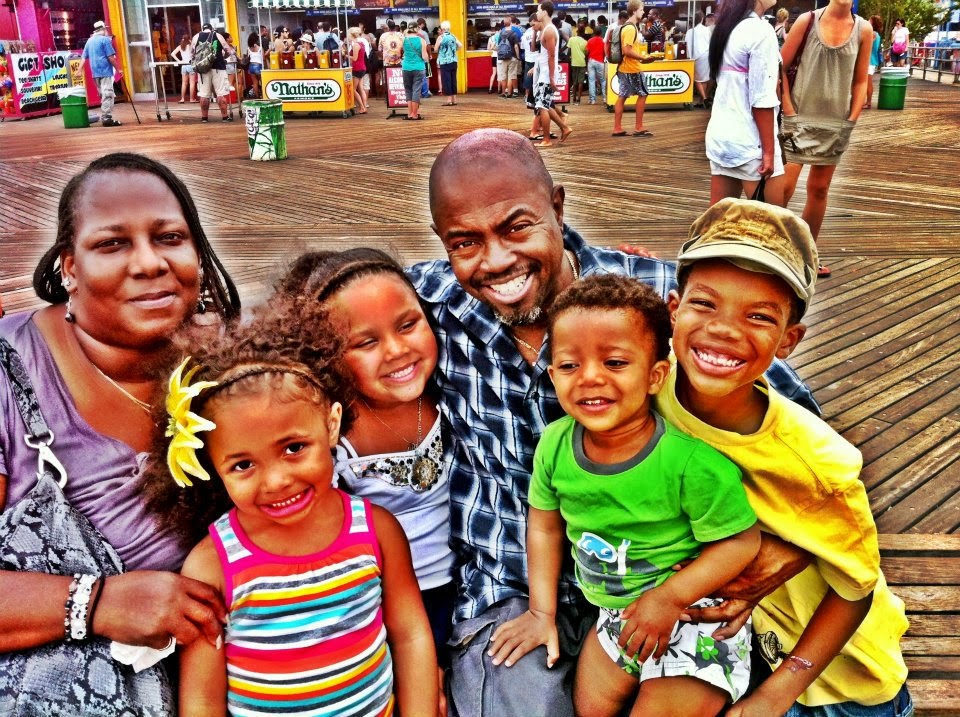 My parents don't get to join us on excursions around the city too often because their no-weekends off jobs don't really allow for it, so it was freakin' great to have them spend the quality time with us and the kids. My dad lives for these moments and will spend the day spoiling the lil' monsters who of course don't mind at all. 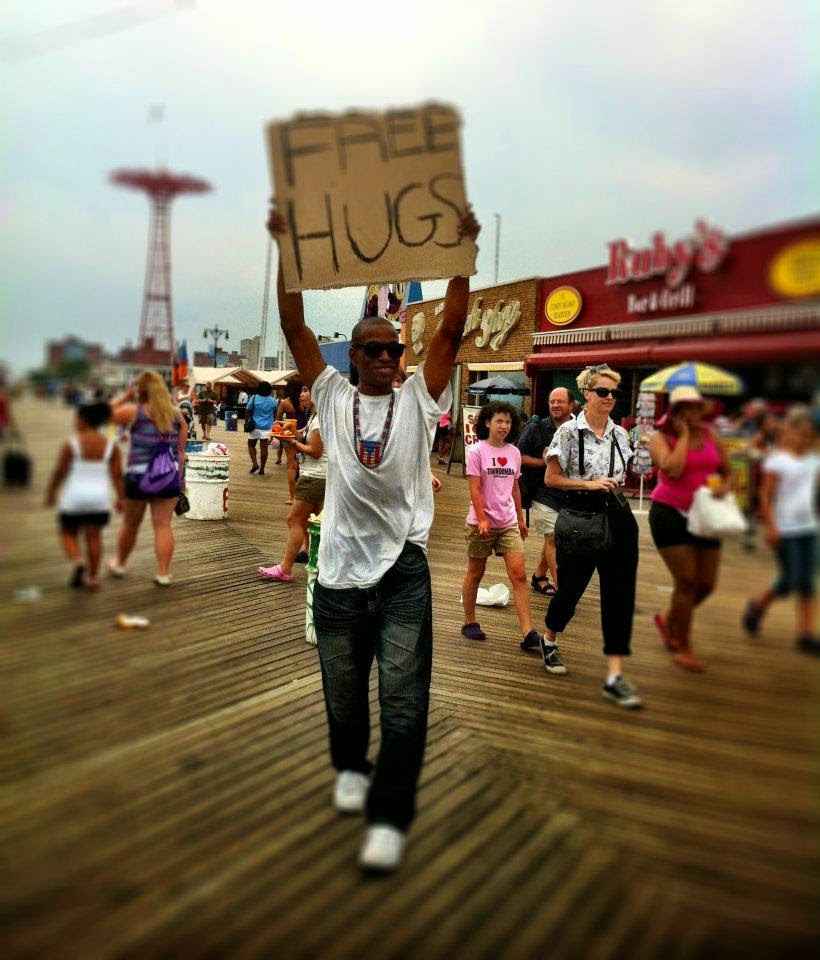 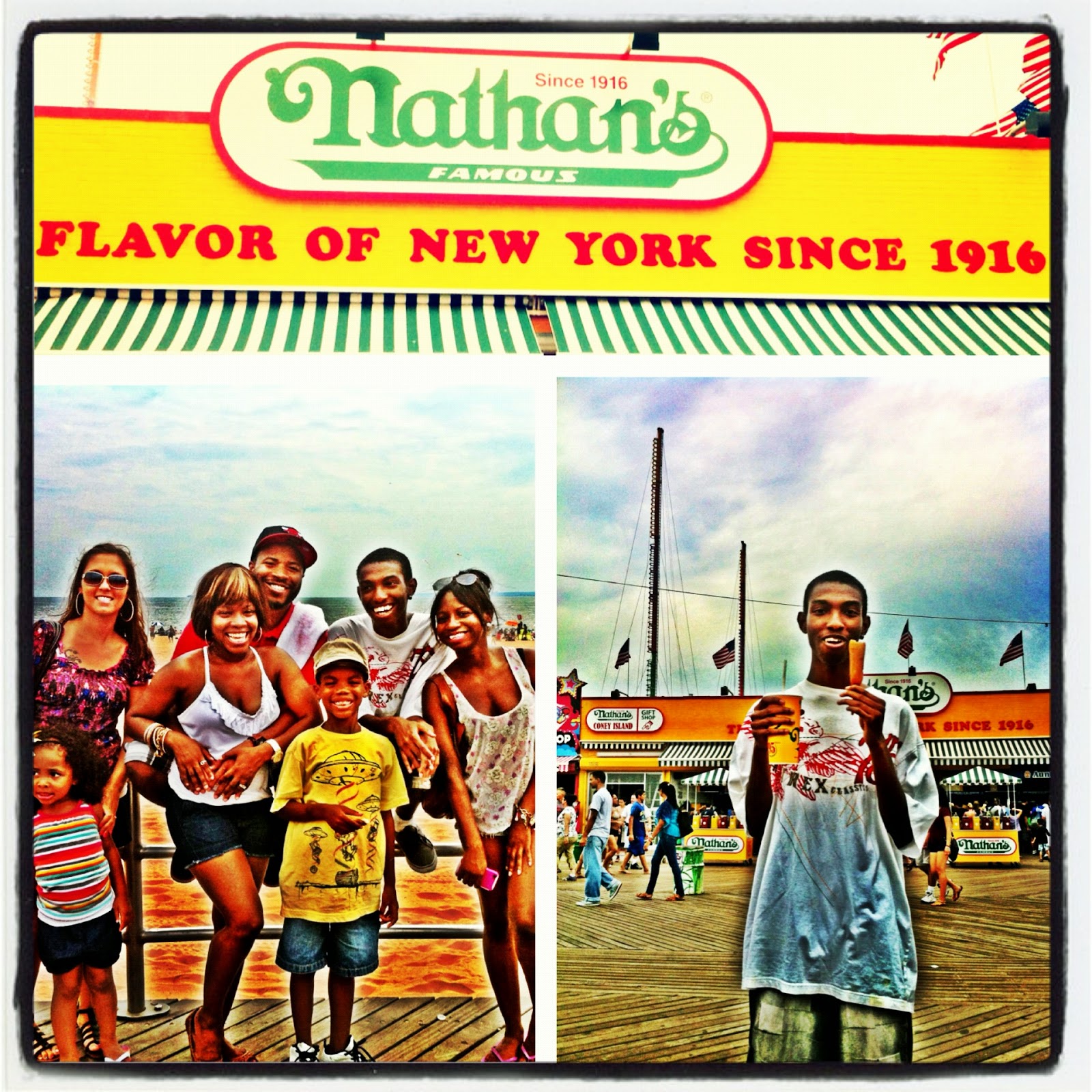 If you're hanging on the boardwalk at Coney Island it's an absolute must to pick up some food from Nathan's Famous Hot dogs, in my brother Jay's case the corn dog was his go-to choice. 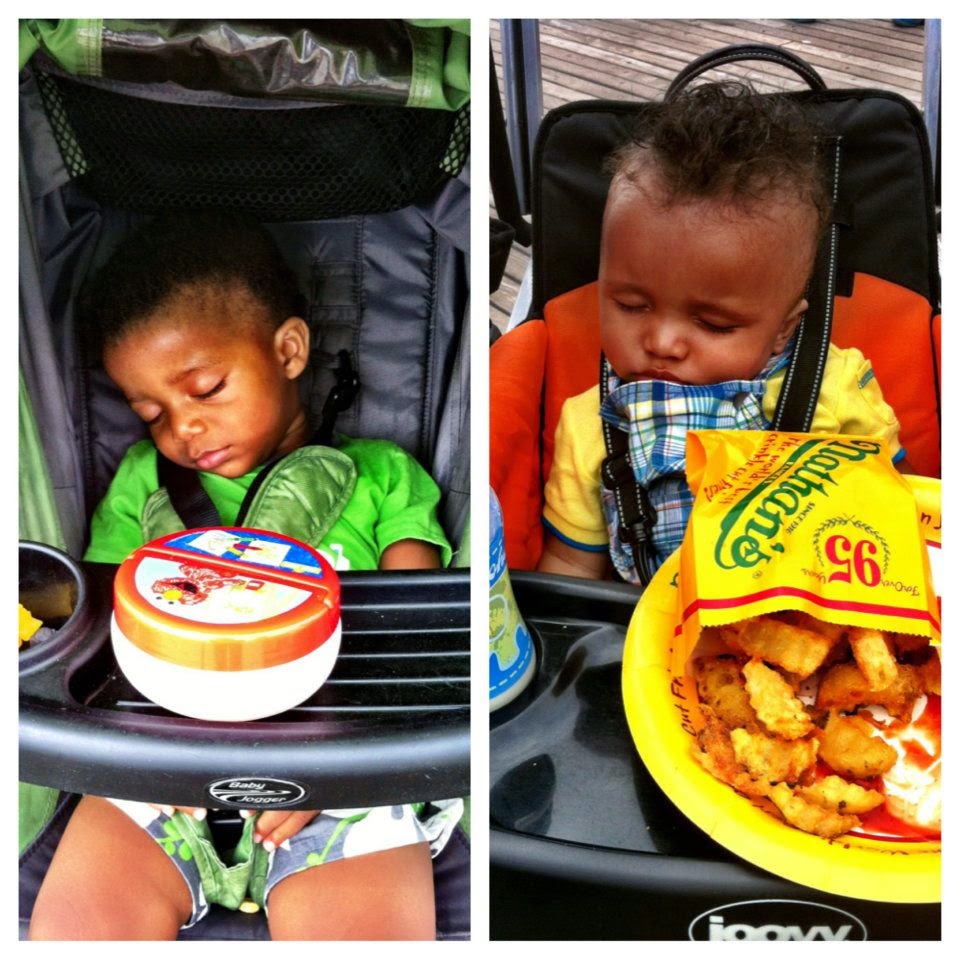 After the kiddies woke up from their naps we decided to head over to the aquarium. If you ever decide to stop by the aquarium on a Friday like we did for their pay~ as~you~wish {suggested $5} admission after 3pm, I'd suggest you be on line at 2pm because there was a huge crowd. Luckily for us, we had a the NYC zoo's and aquarium family membership so we could skip to the front of the line. This membership has great benefits, I promise you it's worth it if you live in the city and visit these places often like our family of four because it pay's for itself in just a few trips. 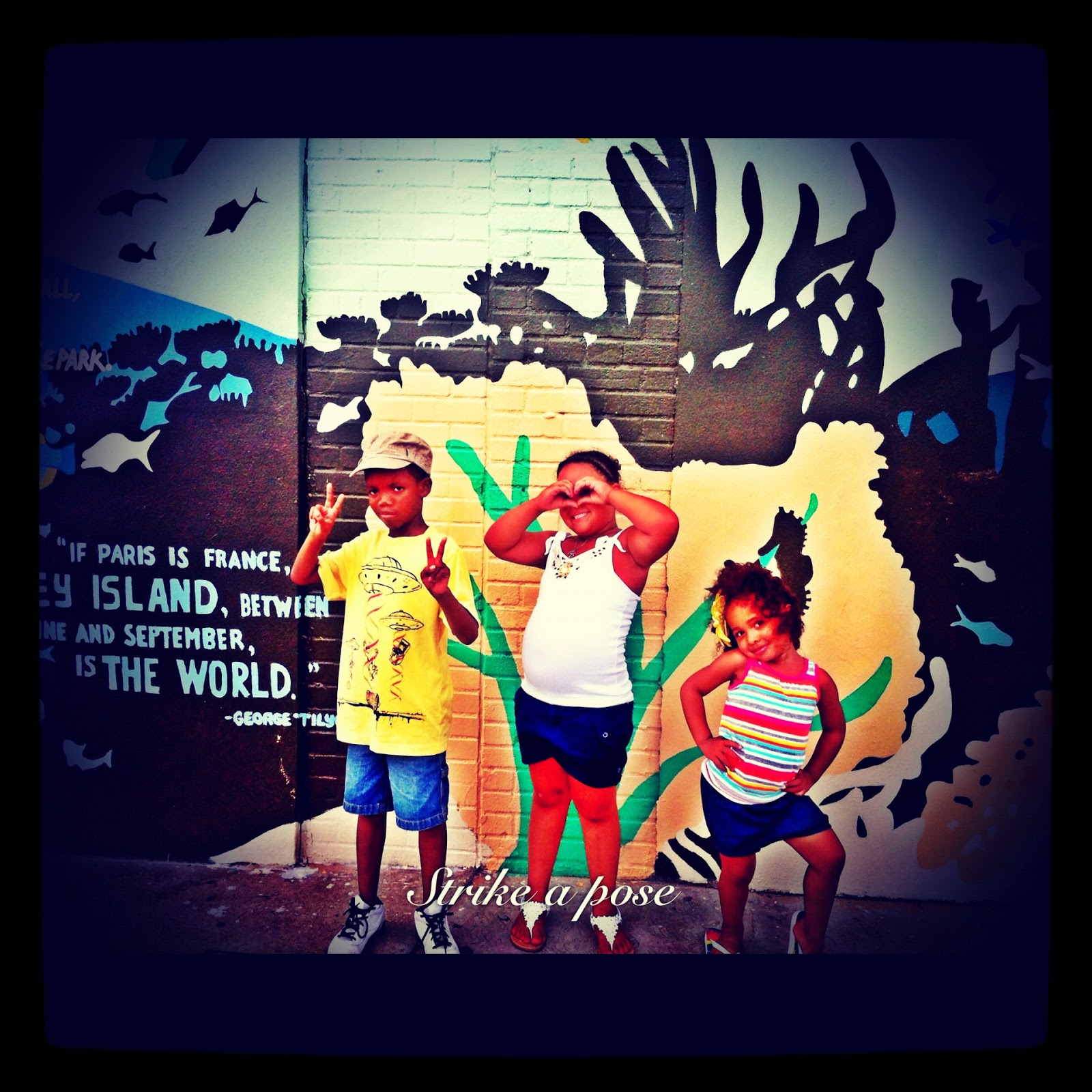 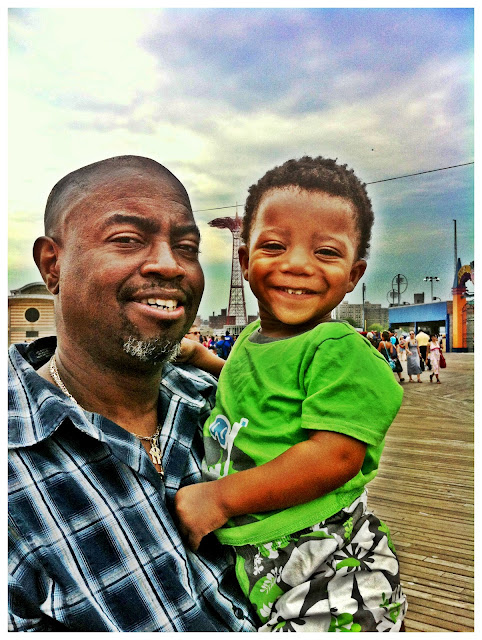 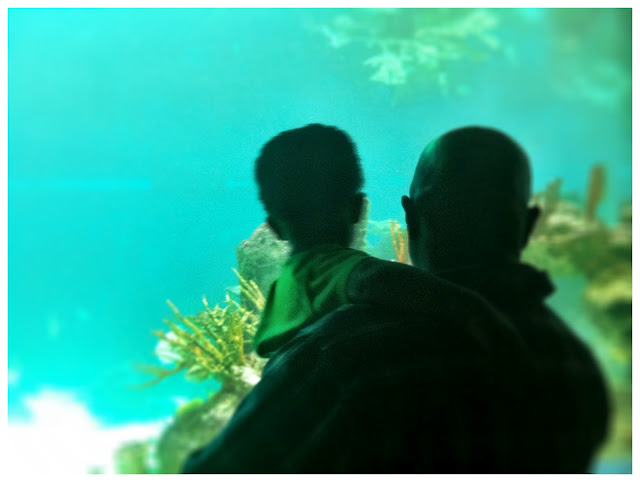 Everyone enjoyed watching the sea lion stunts and dancing to the music at the Aquariums theater show. Tristan applauded for everything and thought it was an opportunity to take a big bath. 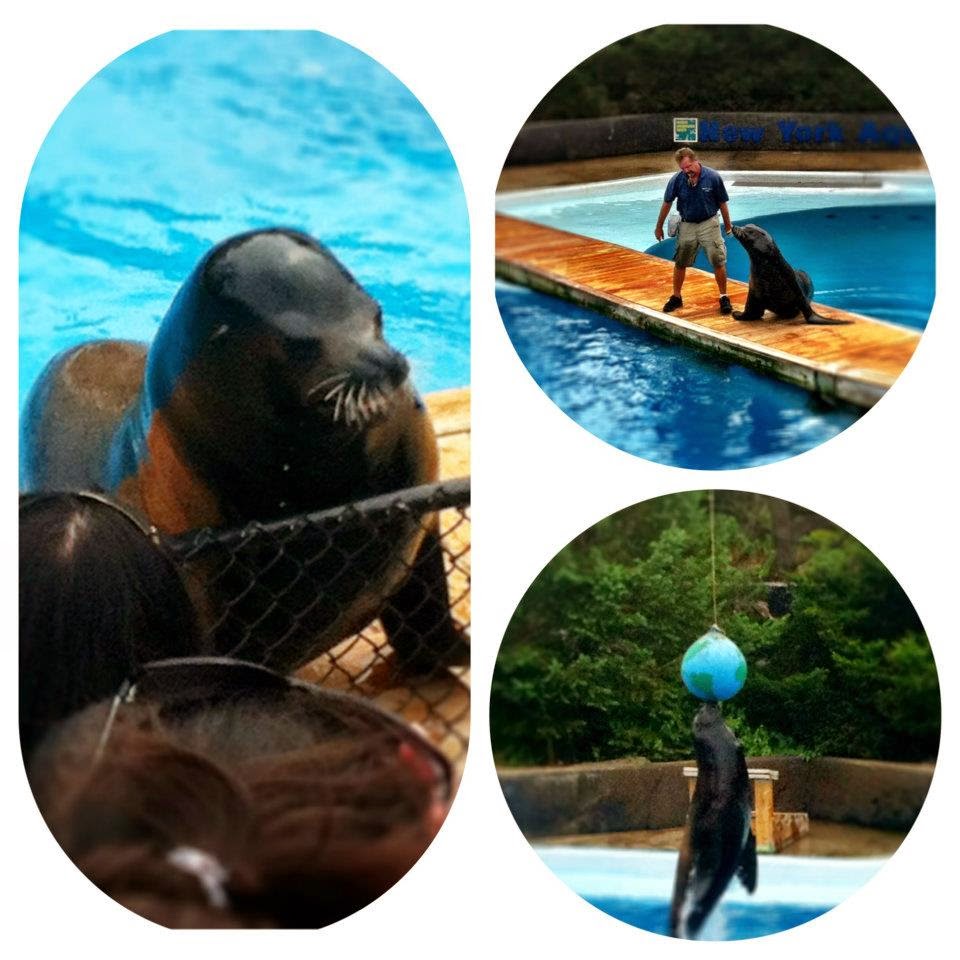 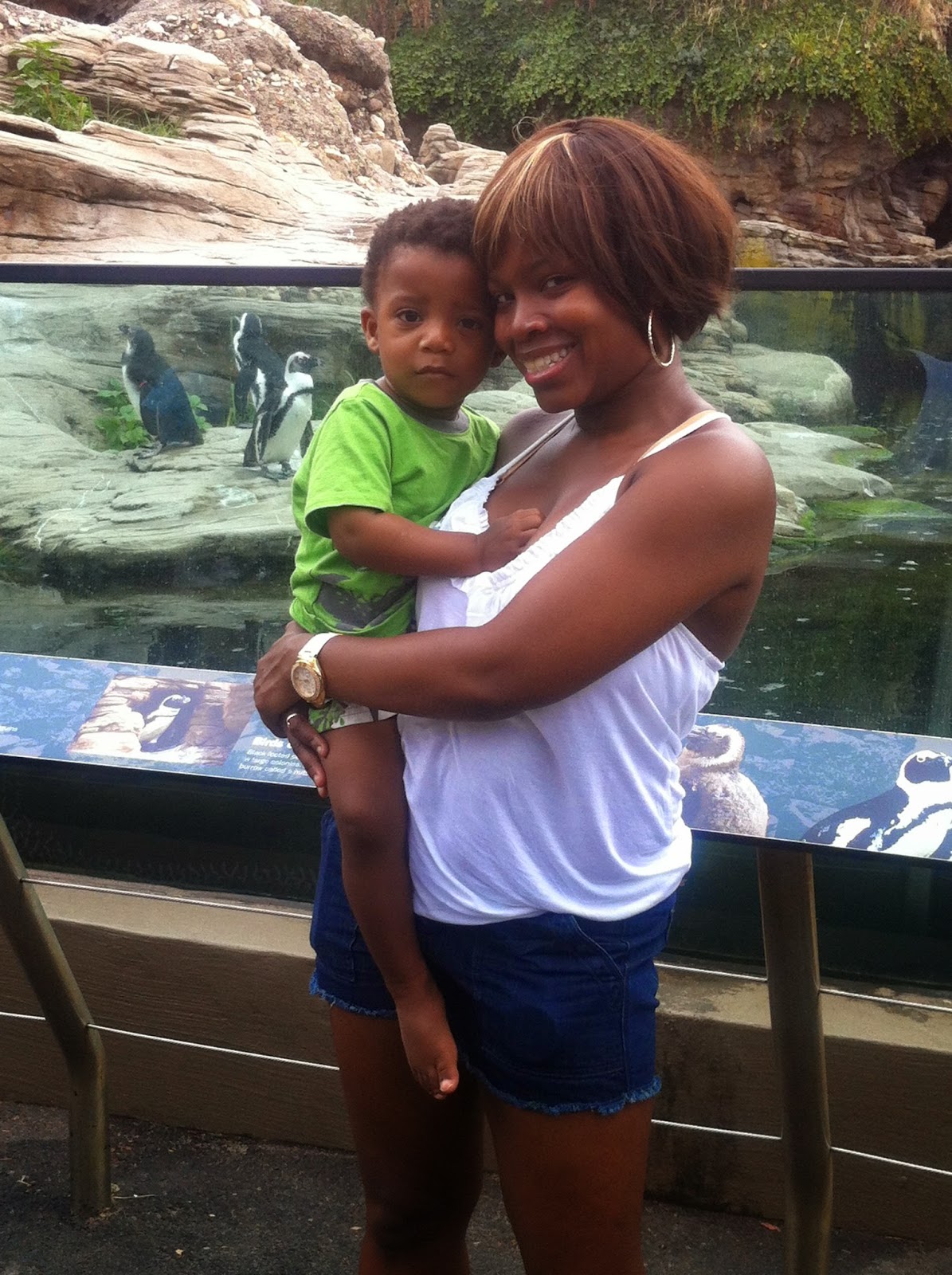 Before we called it a day we decided to jump on a few more rides while the sun was shining.

Jess and Leah had every planned out intention of flying through the air on the slingshot and somehow suckered my brother and I into braving this thrill ride. In between every flip and turn we managed to laugh and scream "this is awesome" and it was by far the most amazing thing I've ever experienced as far as rides go. I'd even go as far as saying I prefer the slingshot over any roller-coaster because it's over before you know it. 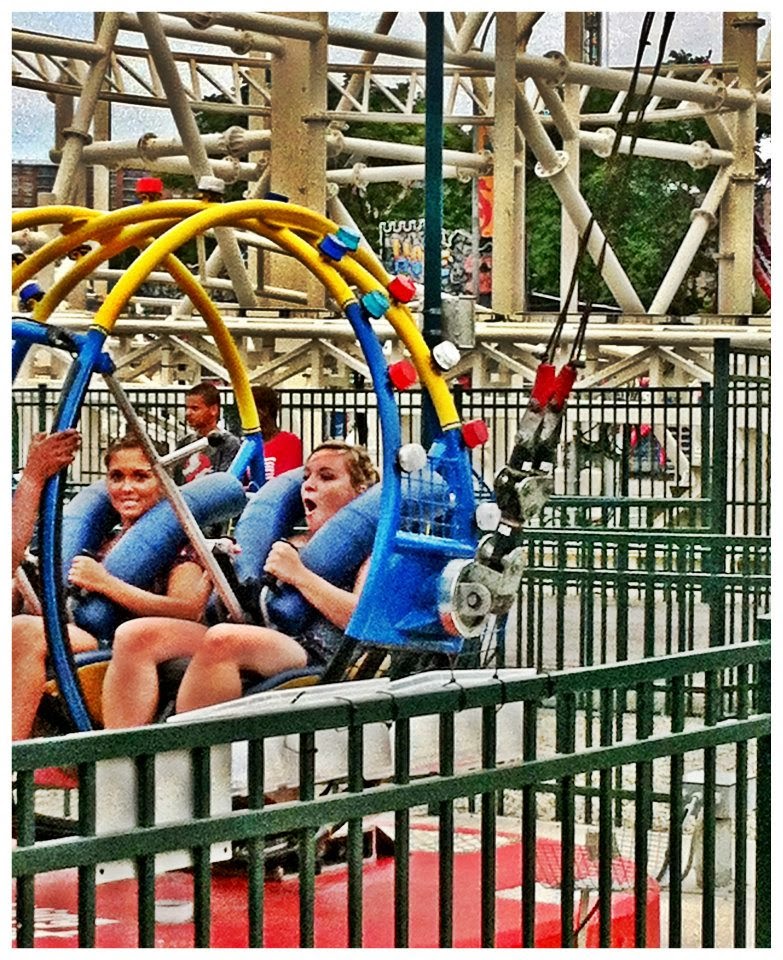 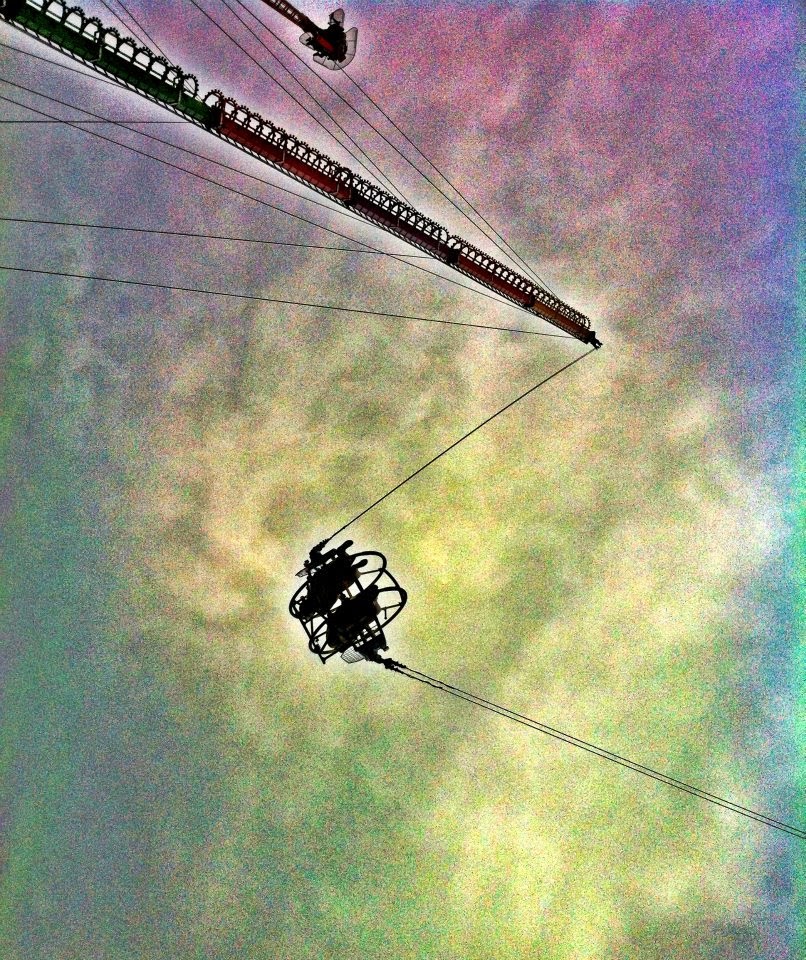 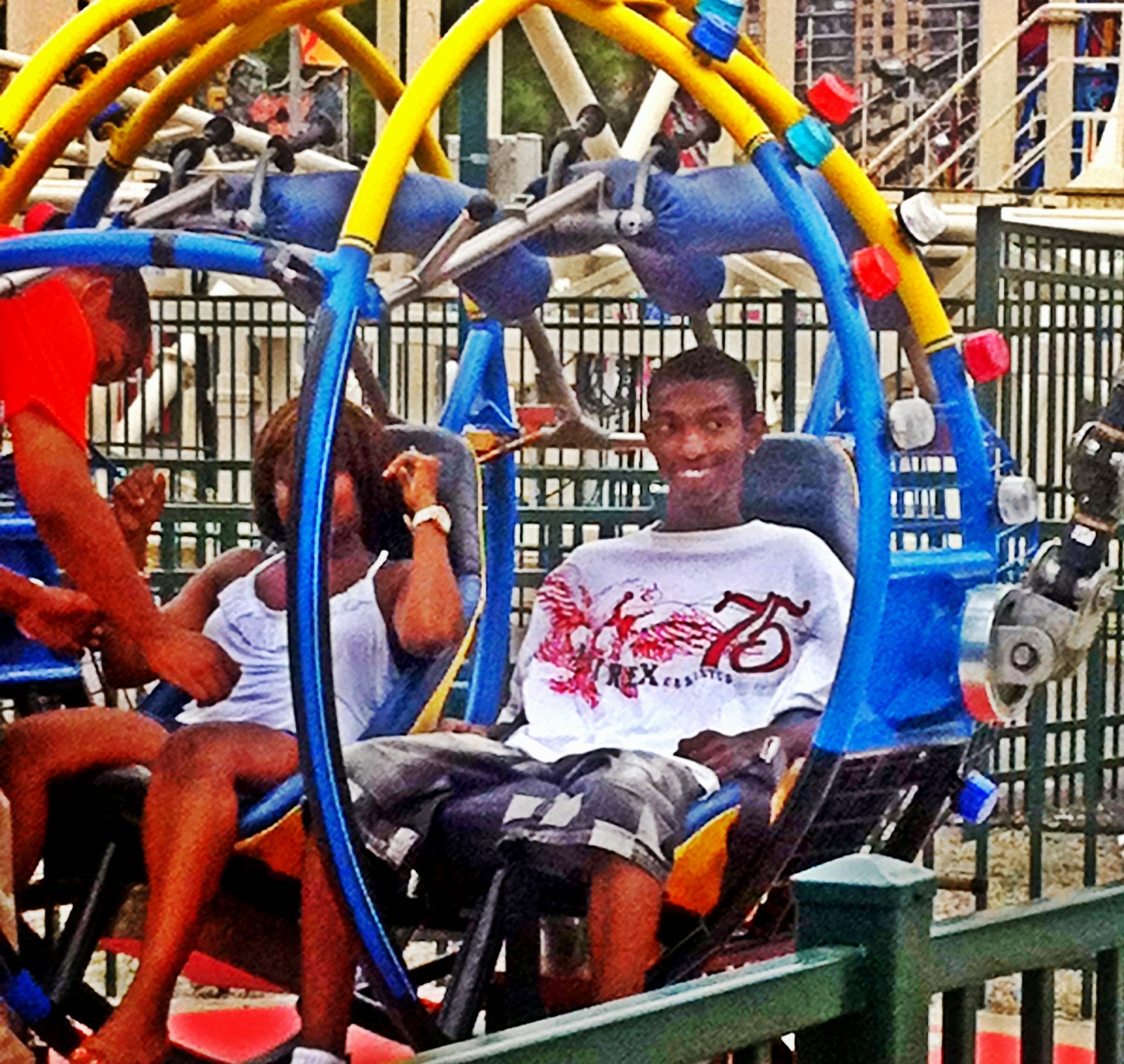 We couldn't decide whether or not to by one of those unlimited ride wrist bands at Luna park for 4 hours at $24 during weekdays or to just pay per ride at about $3 each. We bought the bands and made sure the kids did at least 8 rides to get our money's worth {Tristan being under age was able to ride 4 of the rides with a paying adult at no cost} and we even lucked out when four other visitors passed off their wristbands to us when they were done riding {just a few more thoughtful New Yorkers}. 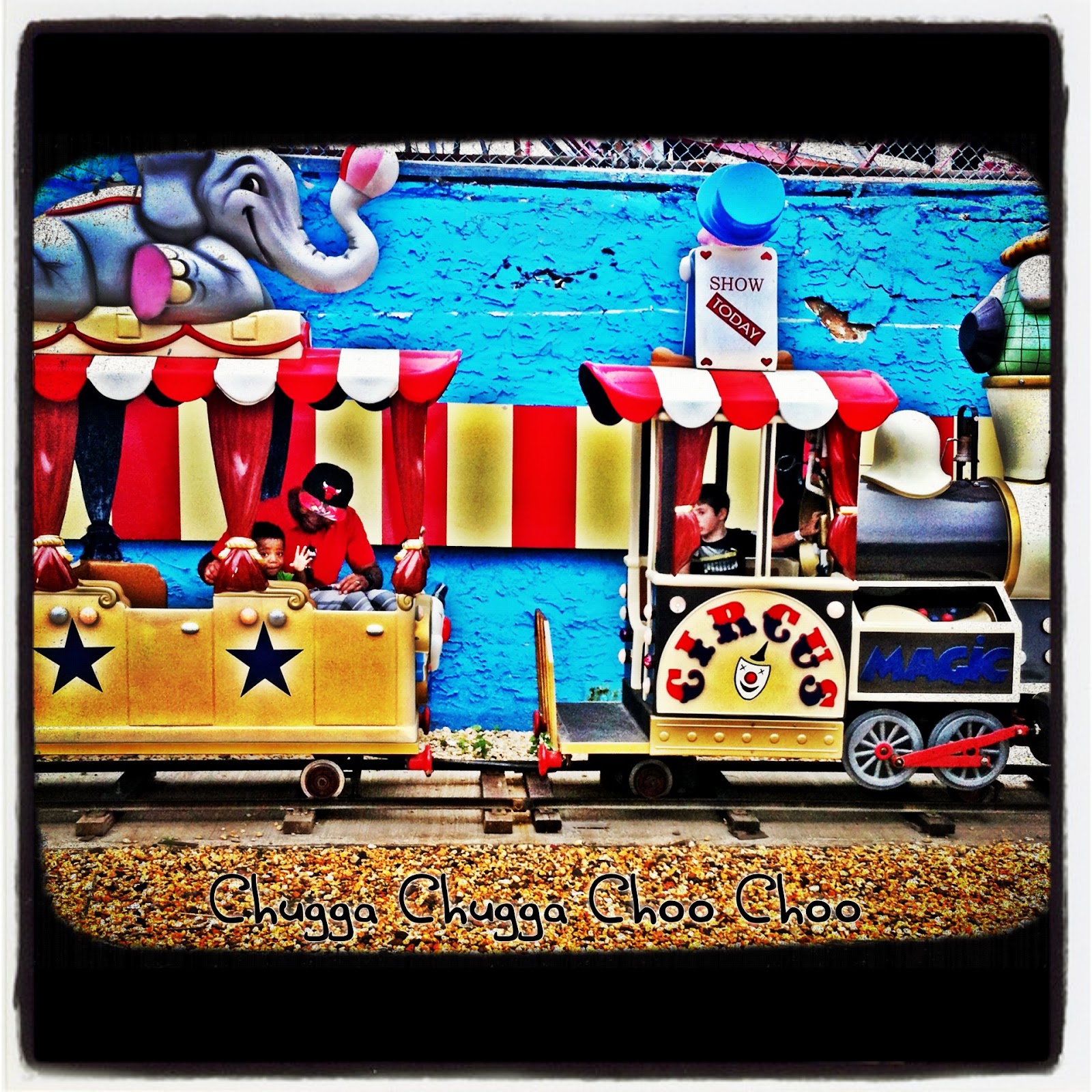 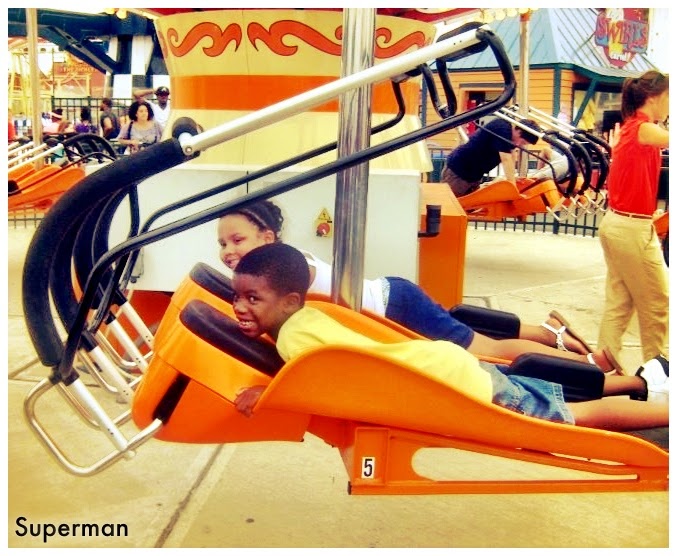 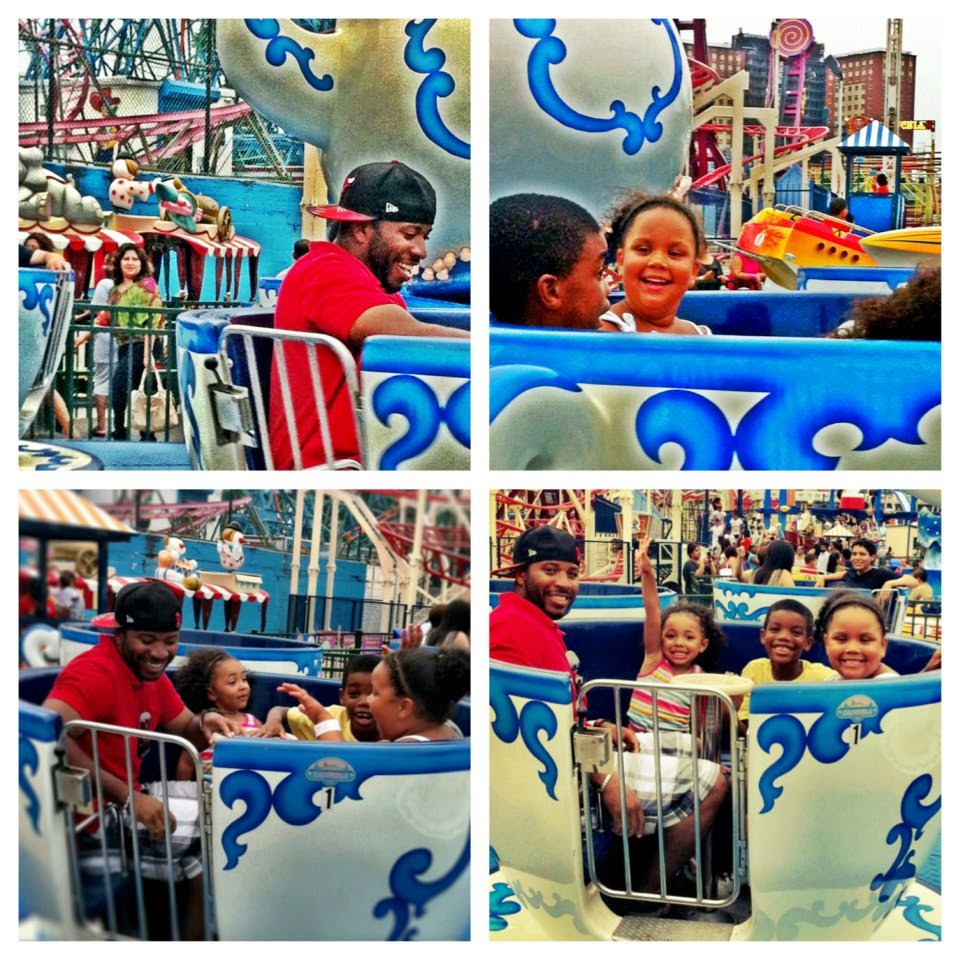 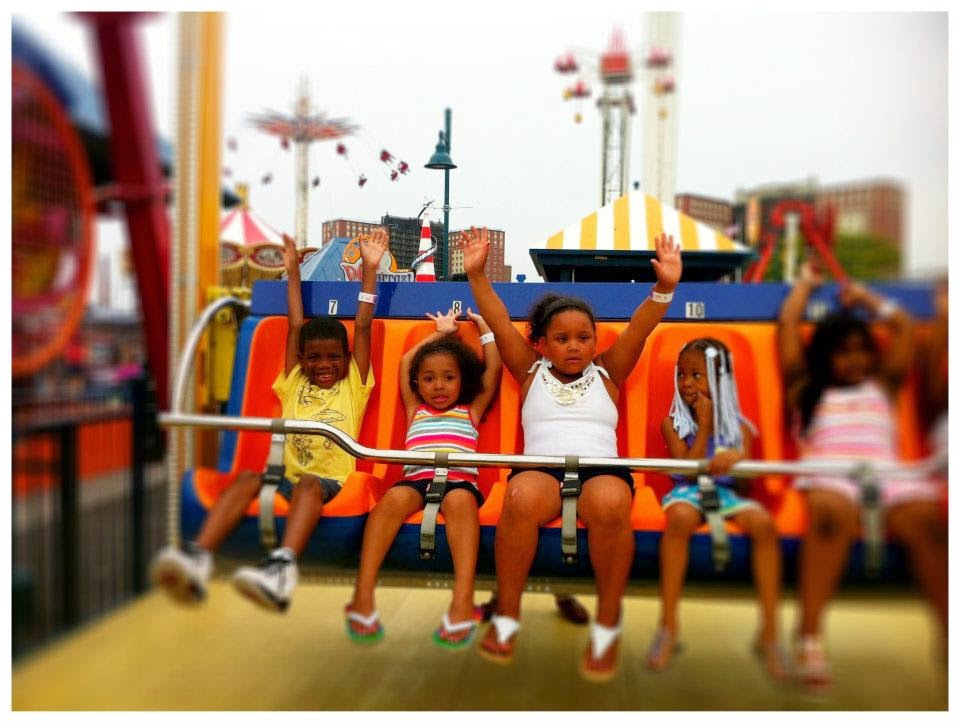 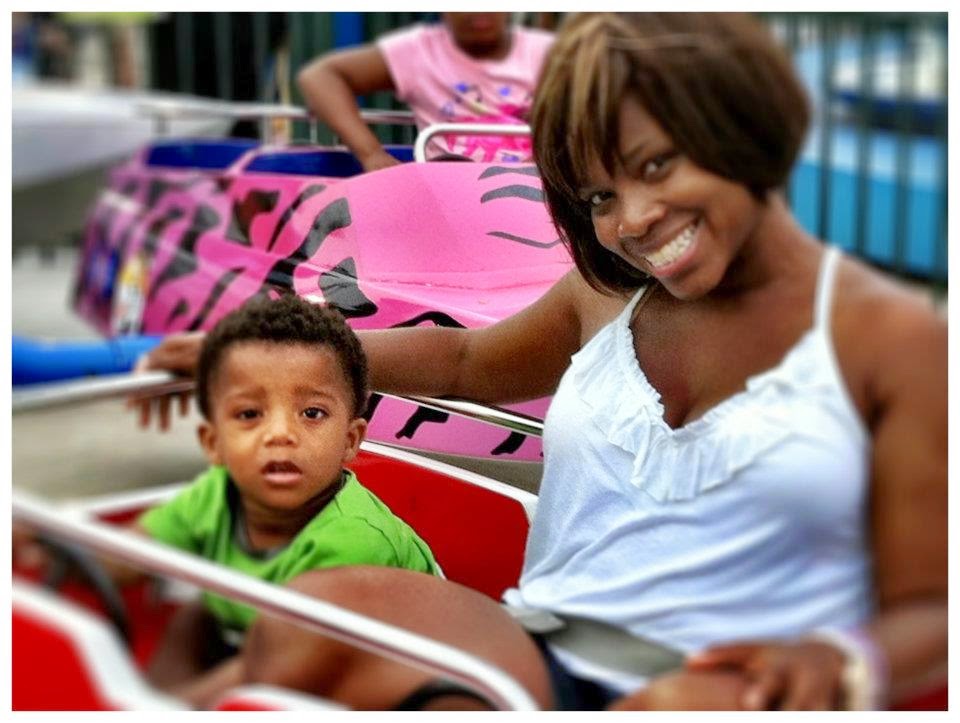 To say the least we had a great time, we spent about 3 hours on the rides, stuffing our faces and playing games. The kids rode quite a few times, so the wrist bands were beyond worth it. The only reason we called it a night around 9pm was because it started to rain and we had a long journey home. On Friday nights at 9:30 there's a firework show that we pal to check out in the future. With about 1 hour left on our wristbands we past them on to a few kids just entering, it only seemed right. 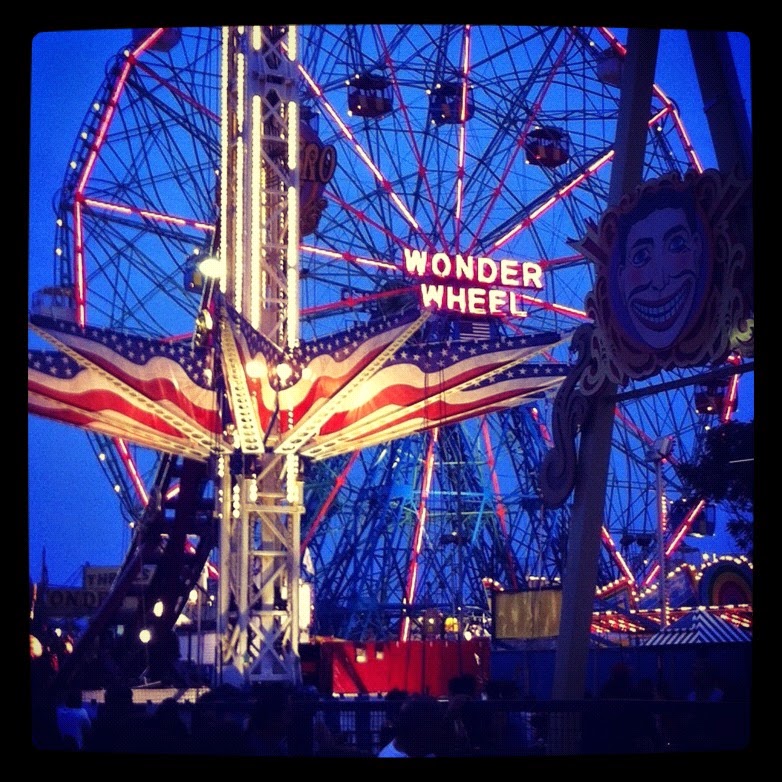