Lil' Monsters in NYC: The Art Exhibition "Lightness of Being" 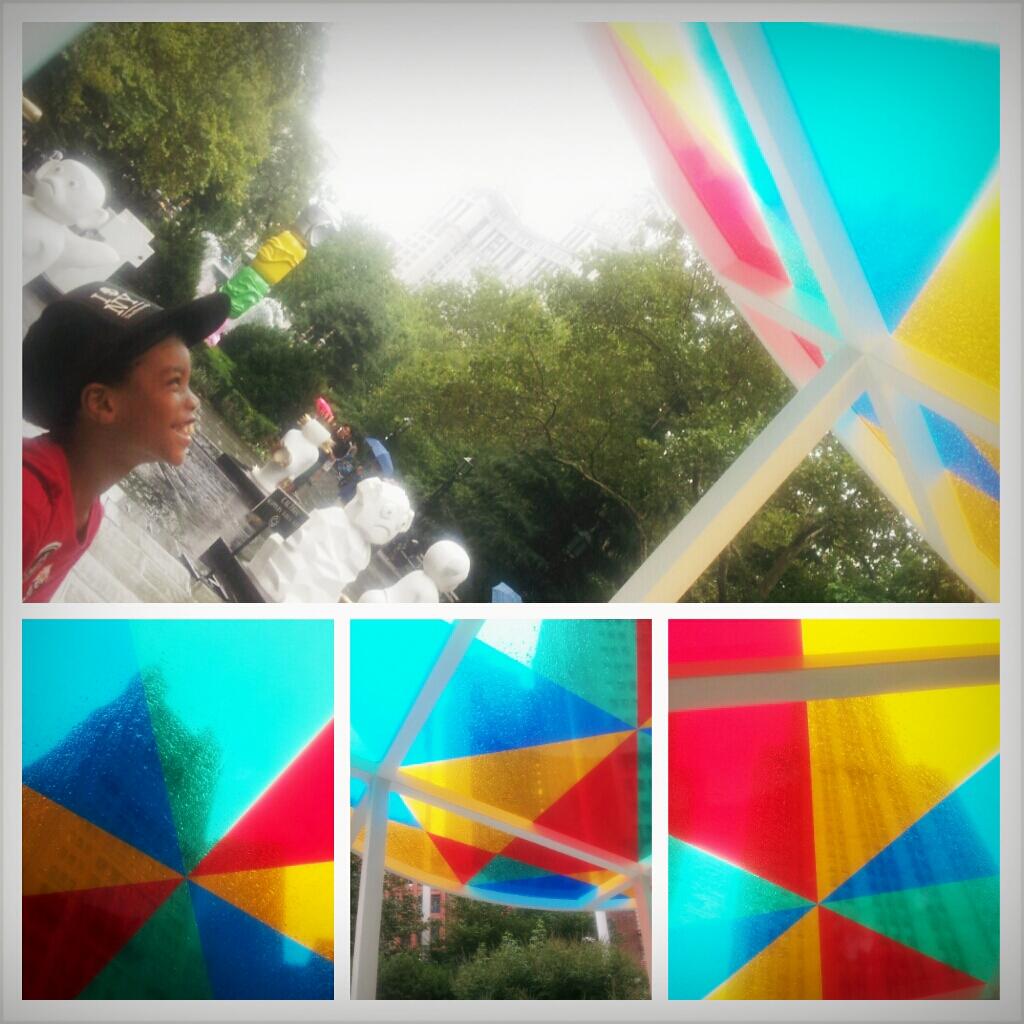 One of the greatest things about living in a city like New York is that you can always find amazing, free public displays of art to introduce your kids to. The first Saturday in August happened to be a rainy, damp one that couldn't keep thousands of New Yorkers and visitors indoors simply because it was the first weekend of Summer Streets and everyone seemed determined to enjoy the 7 miles of open space.  After spending our morning downtown at Foley Square we decided, despite the gloominess of the day we'd walk over to City Hall park to check out the whimsical, Public Art Fund exhibit Lightness of Being.

CJ was amazed at how he could see the city's towering buildings through a colorful Suncatcher {a pergola created by Daniel Buren}, that on a sunny day reflects beams of vibrant hues on the ground. We admit that it was just as cool to look through as rain drops danced on the spectrum of colors. 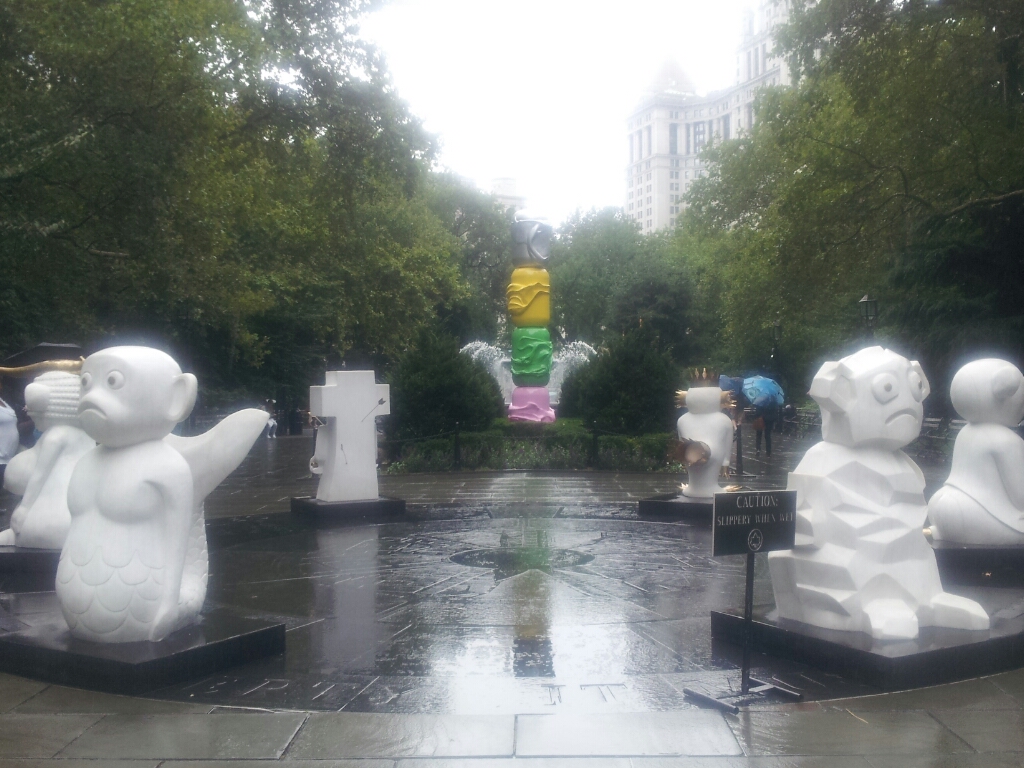 Olaf Breunings, The Humans resemble funny looking creatures in one of the many children's adventure books CJ has read over the years. His favorite figure by far was the one he pretended was a traitor to his army and he had to attack with a bow and arrow to save us all from impending doom. 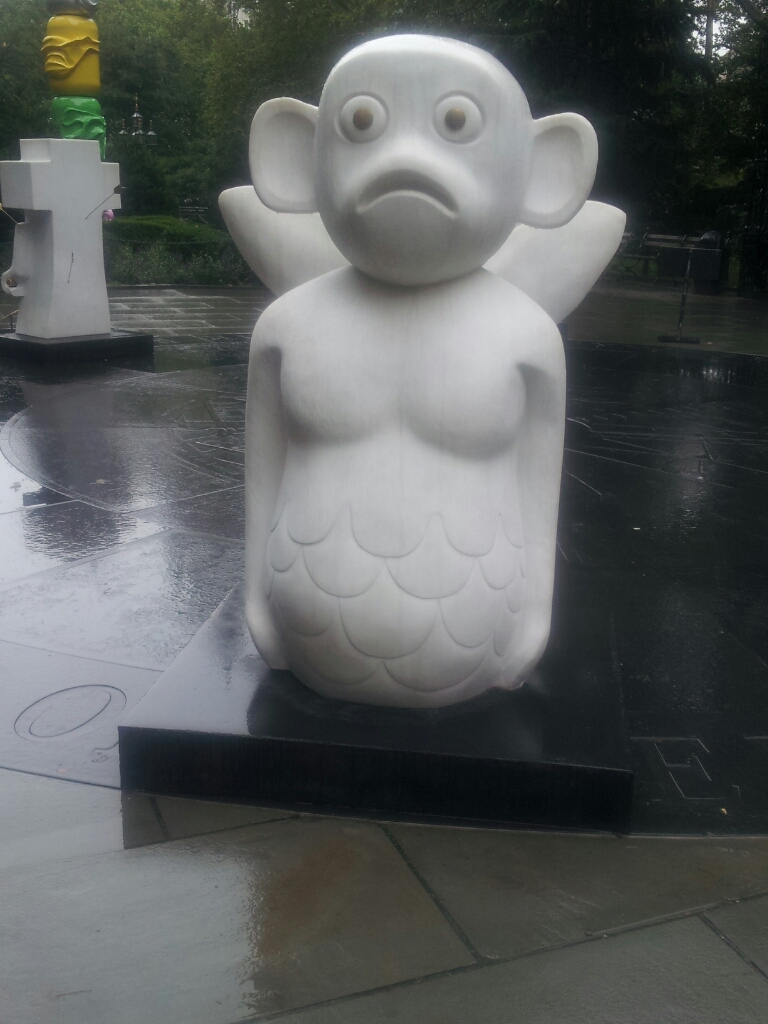 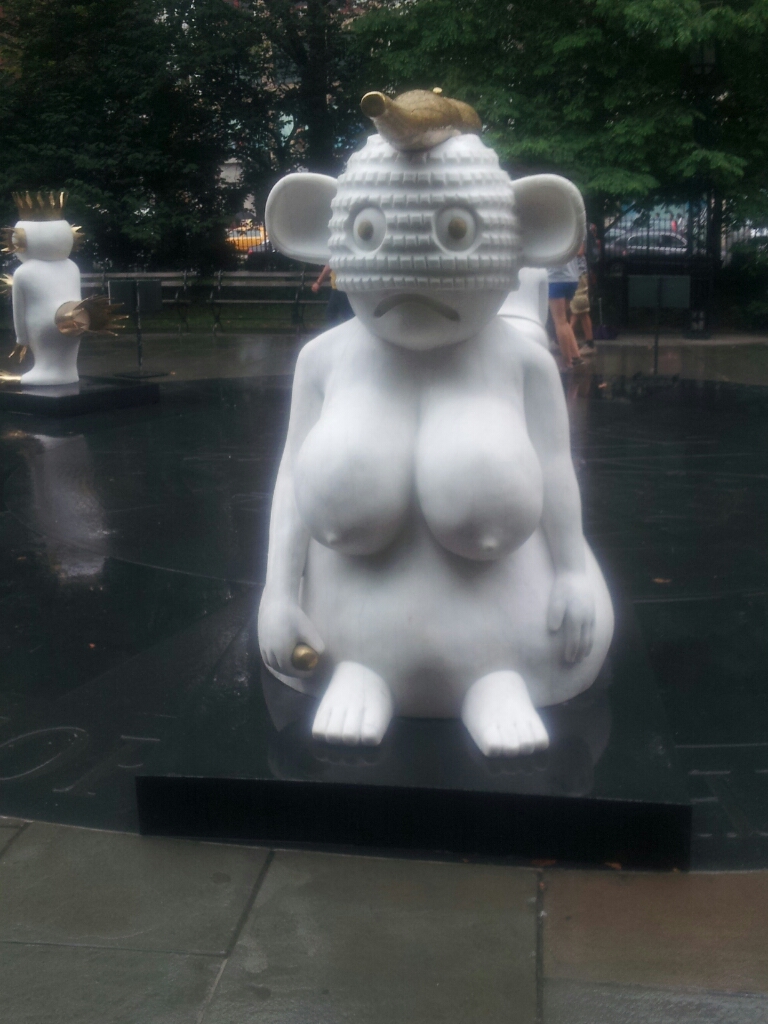 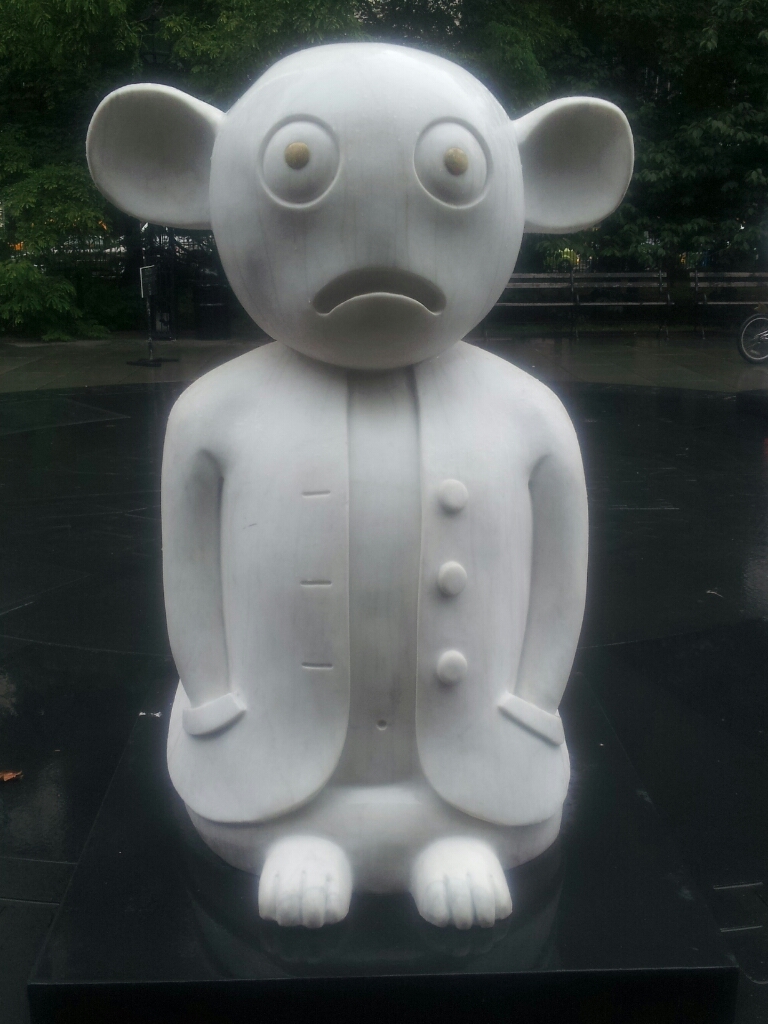 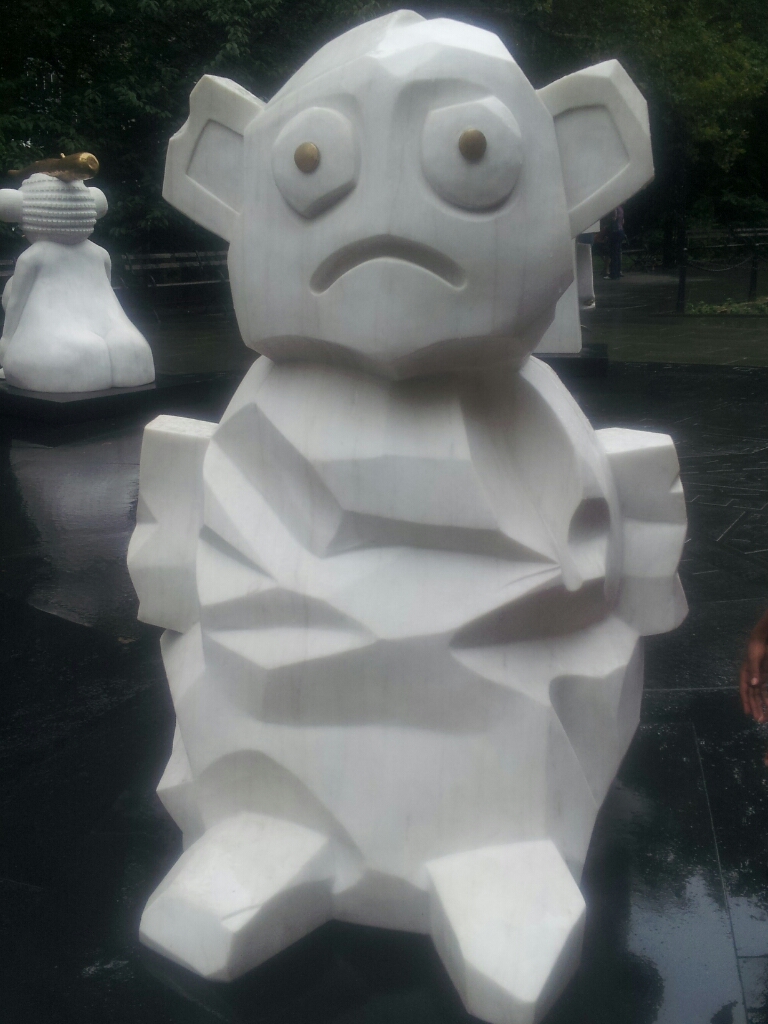 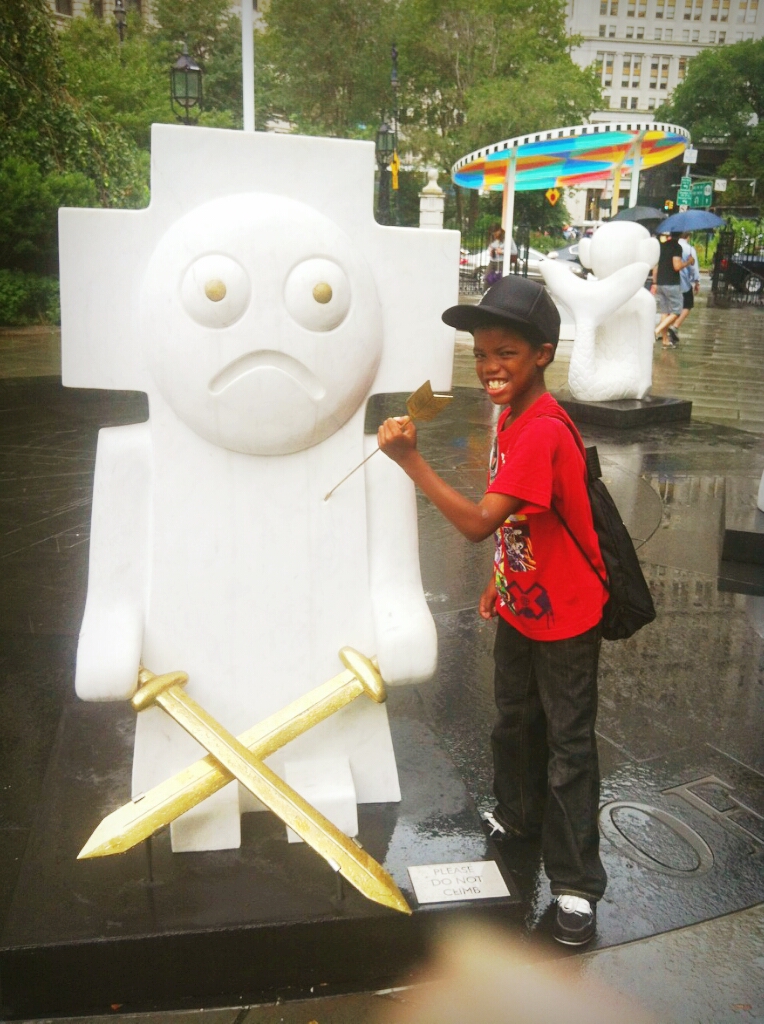 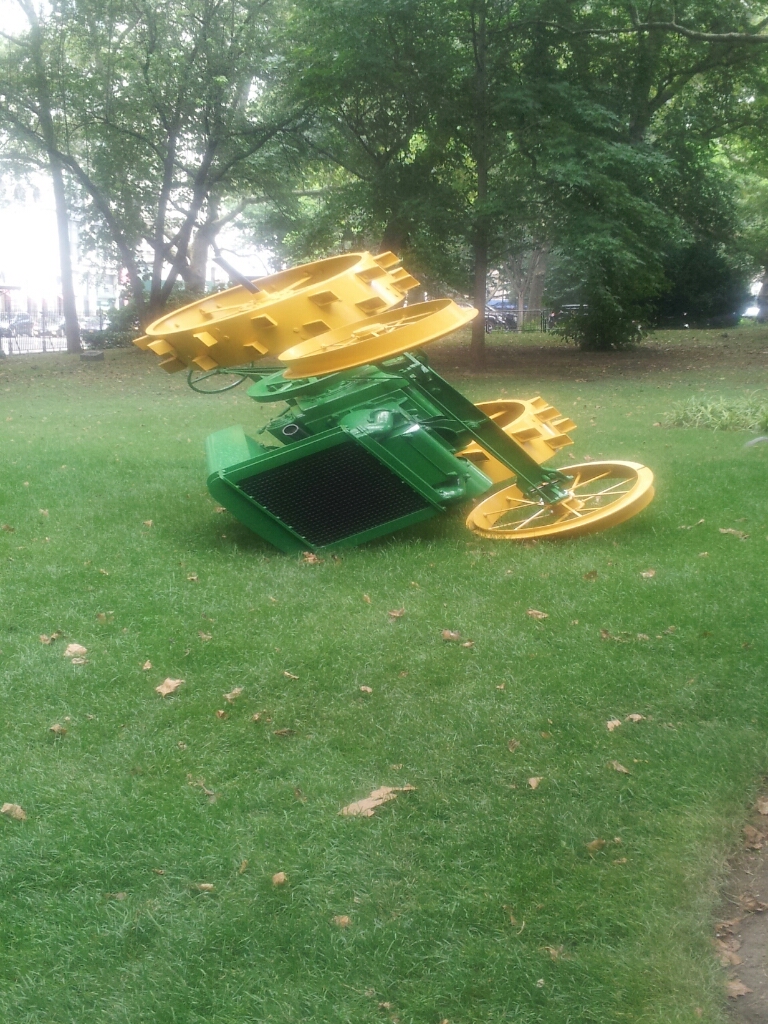 While catching a glimpse of James Angus's replicated John Deere Model D tractor you'll feel like your eyes are playing tricks on you, as you realize it's shape isn't quite what it seems.

Buzzing it Down, A modern totem pole by Gary Webb. 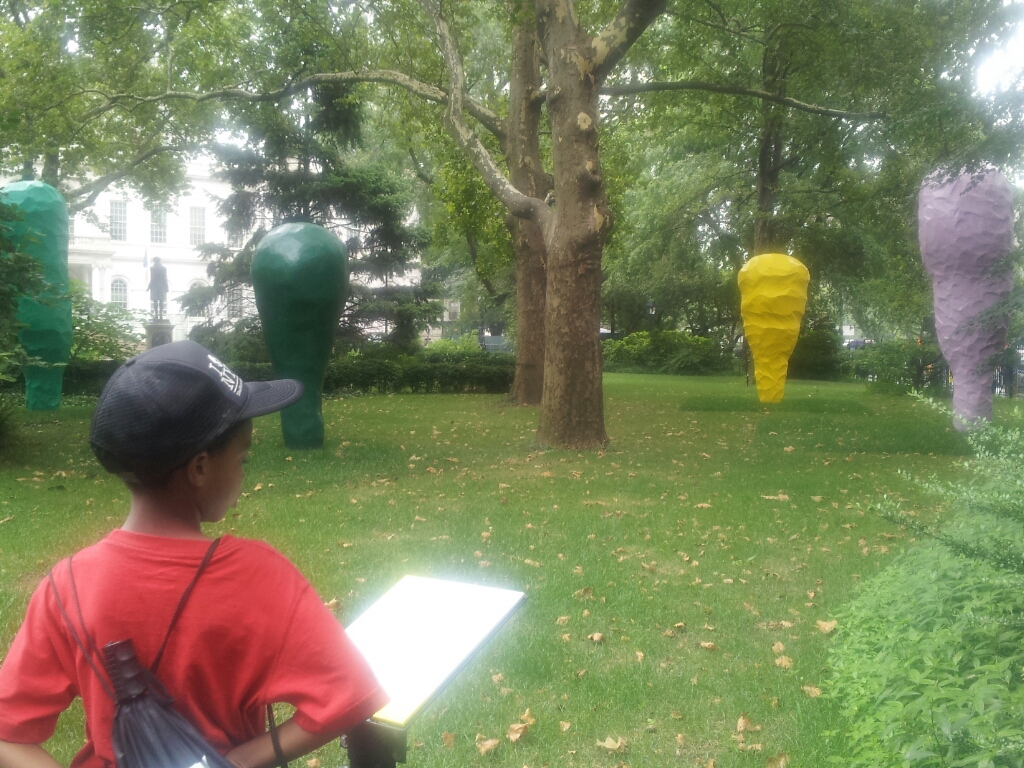 Head over to City Hall park and let your imagination carry you away as you take in the creative works of the 11 international artists featured. The Lightness of Being will be on display through December 13th, 2013.

Email ThisBlogThis!Share to TwitterShare to FacebookShare to Pinterest
Labels: Art, Free, Lightness of Being, Lil' Monsters in NYC, The public art fund, Things to do in NYC