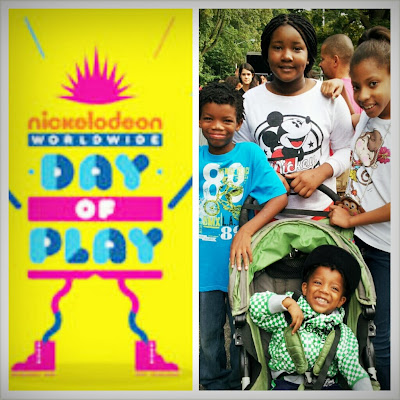 I'm sure I'm not alone when I say this but, sometimes it feels like we nearly have to bribe our nine year old CJ to get out of the house on the weekends. Whether we're discovering something new and undoubtedly amazing to do or visiting a family favorite spot, initially he'd most likely rather stay home and play Sklyanders on his Wii or watch a marathon of Ninja Turtles or WWE wrestling while chowing down on pizza to pass the time. We even have to hide the Nook and cellphones from our 2 year old who is way more technologically savvy then we ever imagined he'd be. Lucky for us parents, for the last ten years Nickelodeon has been hosting it's World Wide Day of Play events all around the globe to encourage kids to take time away from the television screens and gadgets and to get outside to be active and healthy.

This year, after numerous attempts and the recruiting of friends to help us score free tickets online to the Sept. 21st event [which sold out daily in under 5 minutes], we successfully surprised CJ, Tristan and their two cousins. The day included get your heart pumping outdoor activities, celebrity & character appearances and a concert performed by boy band Big Time Rush and actress/singer Ariana Grande in Brooklyn's Prospect Park.

I hope you guys enjoy my pics below and here's great Nickelodeon, City of Play pictures. I'm also sharing videos that I posted on Instagram so you can get a quick glimpse at why Nickelodeon's World Wide Day of Play is an awesome way for kids to burn some energy while having fun, like my two boys who got in on the action [you can spot them tossing and catching a football in this video].

What are some ways you and your family like to stay fit and get moving? 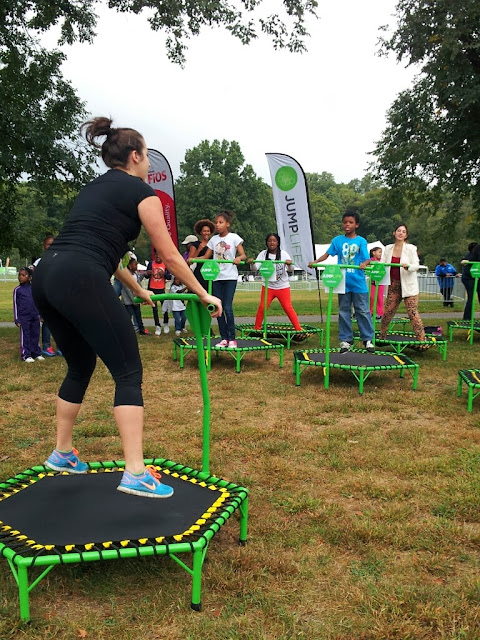 Upbeat party music + a trampoline class with JumpLife make for a great way to start the day. 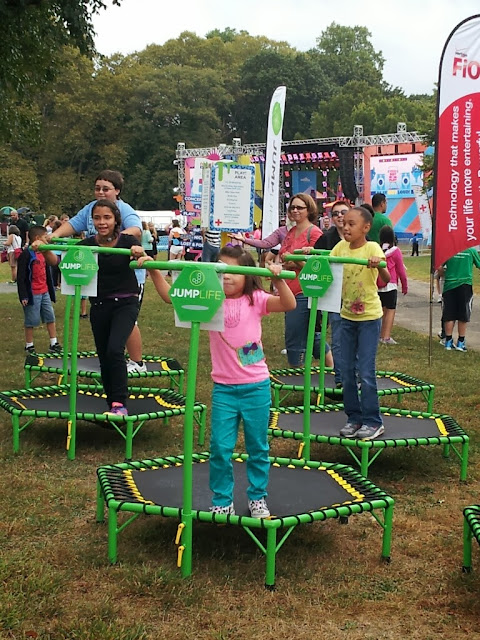 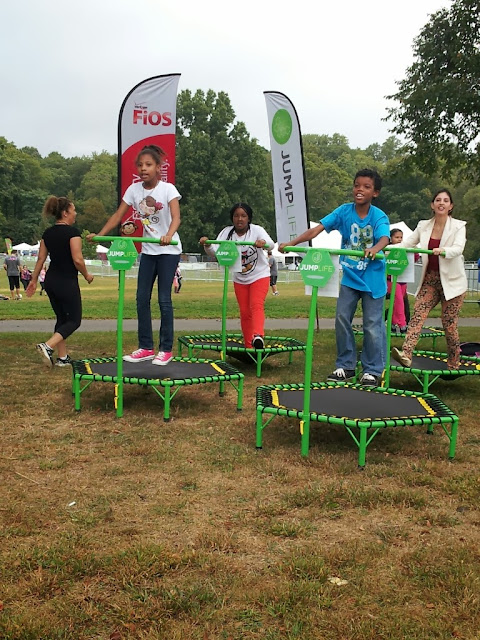 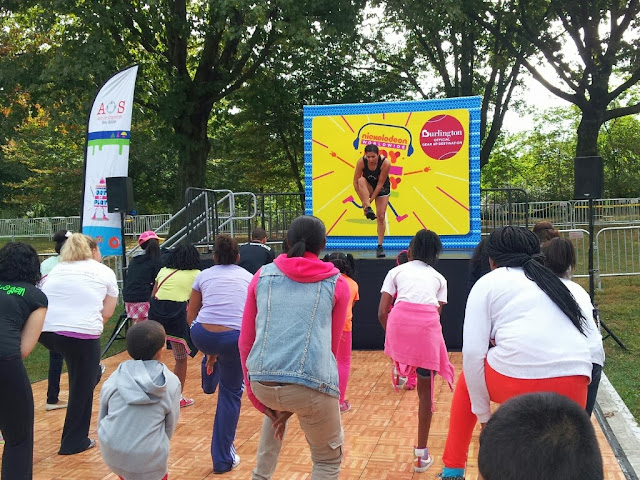 A step class helped kids of all ages get coordinated by following patterns and beats. 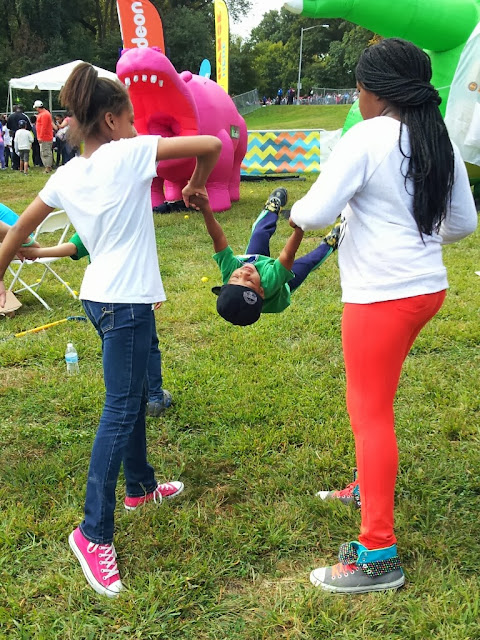 The monster really had a blast with his cousins and proved he was a tough guy on the field. 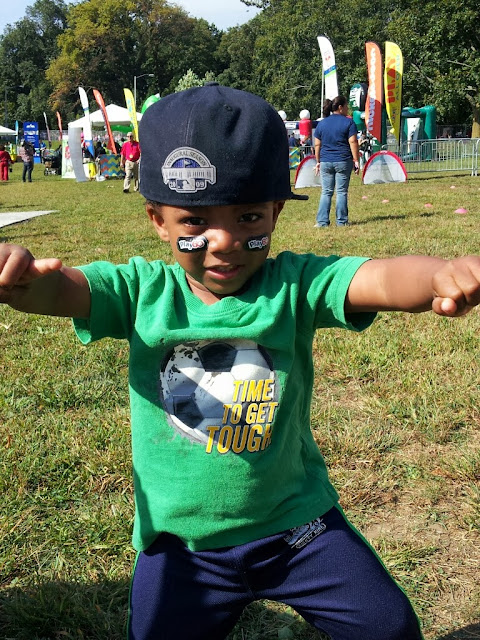 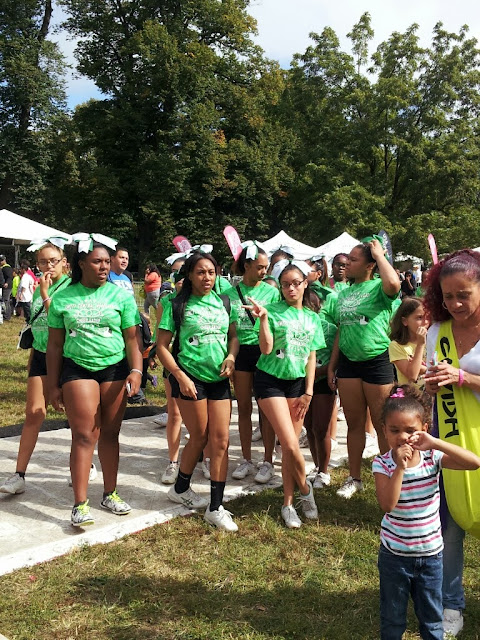 A neighborhood cheer-leading squad, cheered on the rock-climbers. 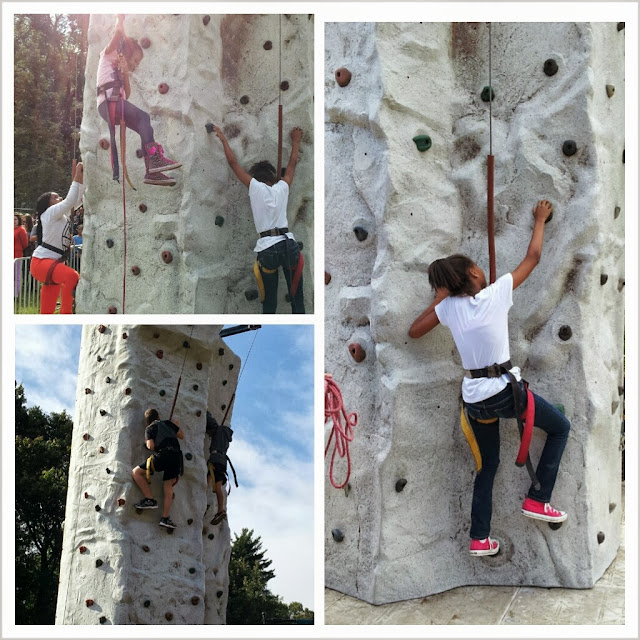 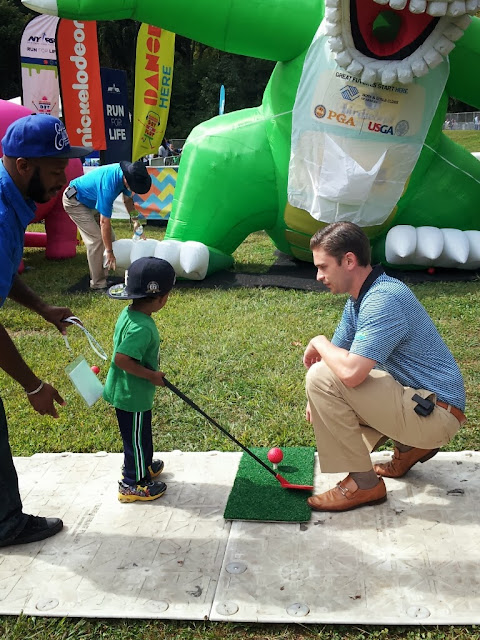 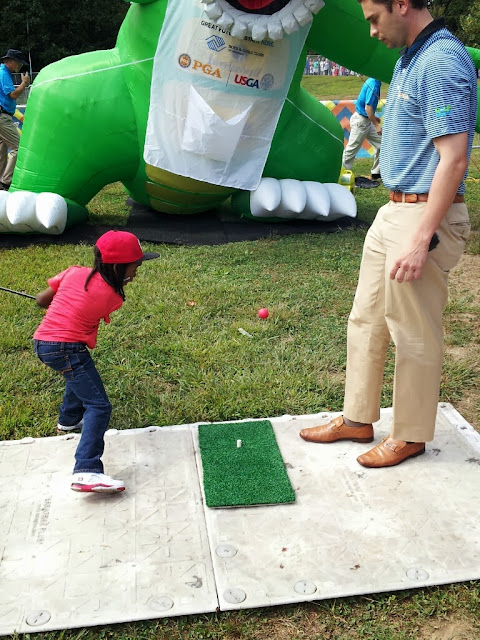 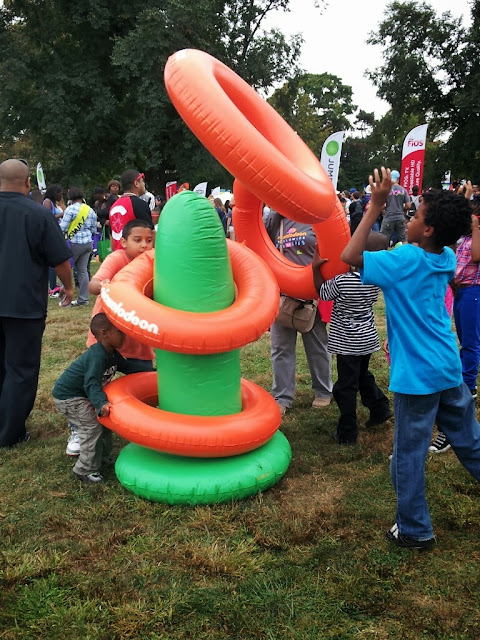 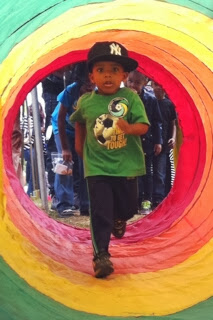 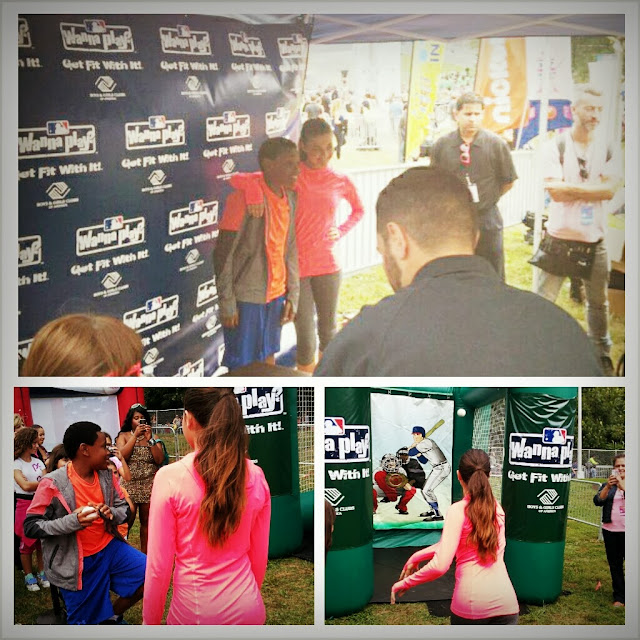 The stars of the Nickelodeon show, The Haunted Hathaways and characters from Nickelodeon and Nick JR. {The Power Rangers, Team UmiZoomi and The Teenage Mutant Ninja Turtles} drew lines of kids who were excited to meet them. As an 80's baby I think I was way more excited then the kids to see the Ninja Turtles. 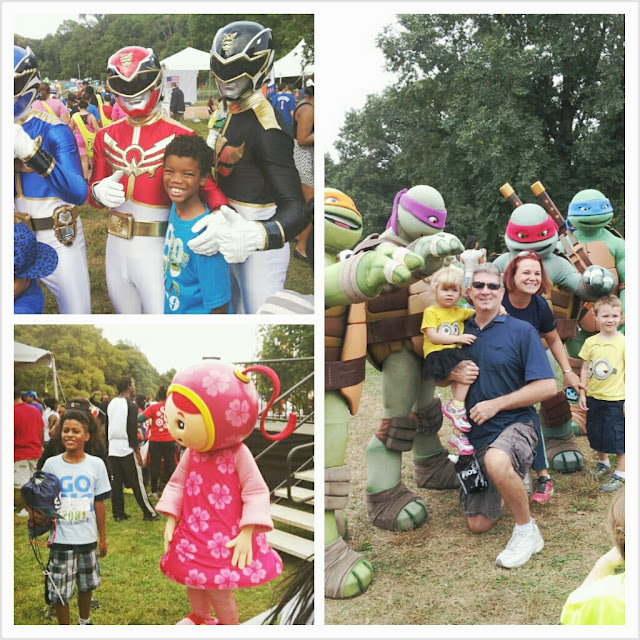 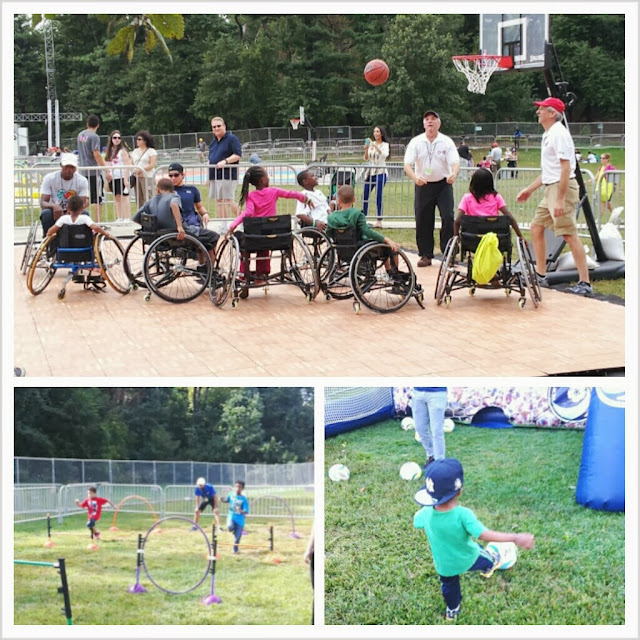 Everyone was encouraged to get moving, to do their best and have fun! 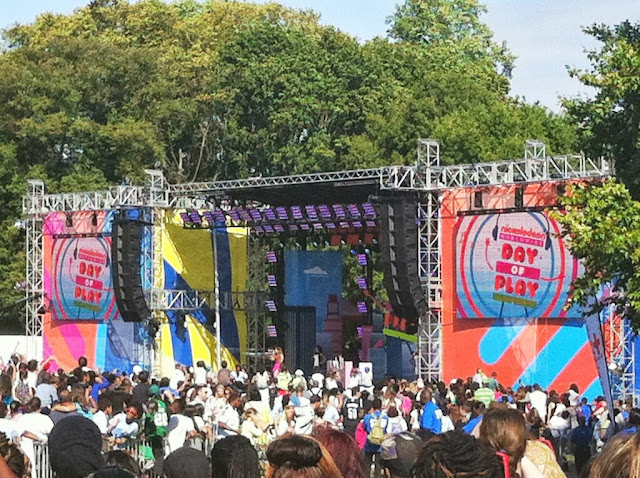 True fans stood on line for hours near the stage as the afternoon ended with a free two hour concert from     Big Time Rush and Ariana Grande. I must admit, I was disappointed to see so many kids standing in line when there was so much fun to be had. To Nickelodeons credit they made several announcements to the fans to get out and play and be active. 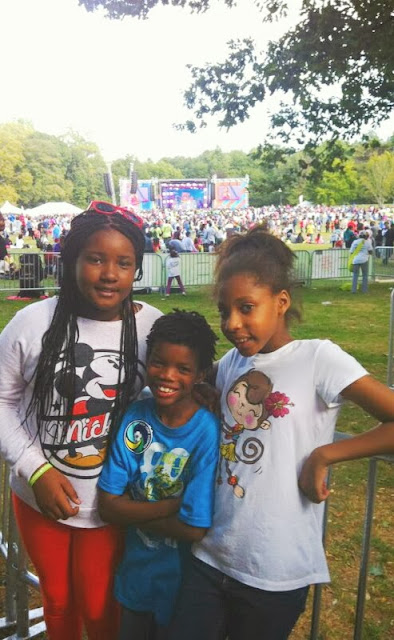 The smiles on these kids faces were priceless, probably the best surprise ever and the best reward for us parents was a house full of kids who couldn't wait to go to bed! Make sure to mark your calendars for next year's World Day of Play event!