Happy New Year! Are You Who You Were a Year Ago? 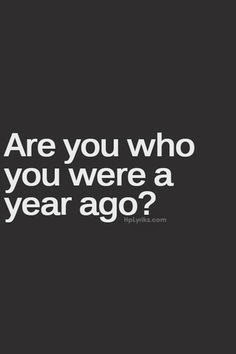 As the last few hours of 2013 slowly disappear, I decided while my boys were entertaining each other I'd hop on the computer seeing as I'd been inconsistent with posts since my hospitalization, due to a perforation that was found in my intestines after Thanksgiving {I guess some things are consistent year to year, because I seem to have my longest Crohns disease related hospitalizations during the holidays. I'm  starting to believe it was fates  this hamster wheel called life's crazy way of saying I needed a few days of rest in order to get ready to tackle the up coming year}. With a loud and resounding HECK NO!, I can wholeheartedly say I am far from the woman I was a year ago.

As a mother I've learned to not put so much pressure on myself and to lean back & let go a bit in regards to parenting and maintaining our apartment. I know especially when it comes to the guilt I have I'm gradually erasing over needing to go back to work and not spending nearly as much time with our 2nd born Tristan Riley, that I did with my oldest CJ. I try not to compare their milestones too much because they are absolutely two very different monsters. My oldest just seemed to grasp things earlier but was way more mellow and clingy at three years old where Tristan is this big ball of fearless energy and seems to have a pre-teen personality trapped in his little toddler body. They meet in the middle by both being incredibly sweet, loving, empathetic, funny and have a developing love and curiosity for being in the kitchen {future daughter in laws,you can thank their daddy}.

I've learned to just let them be kids, kids who will make messes and jump off furniture on occasion while pretending to be wrestlers, that they will need to learn to solve their own problems and speak up for themselves, and that they can keep busy on their own while their parents give themselves some "Me" time. There's been instances where at my lowest moments turning on their personalized Spotify playlists and just getting up to sing off key while dancing with my monsters can make things seem a lil' better for even the smallest moment. Most importantly I've learned that its OK that our apartment looks like a family of four {with a dog} lives there. I mean everything is in it's place, yes we have an abnormal amount of laundry to enter 2014 with and need to sift through papers we've been holding onto but people can drop by unexpectedly and see a few toys out of place or dishes in the sink, and I promise I won't say "excuse the mess" because guaranteed, especially if they have kids, their house is just as bad, if not worse and that's OK!

This Kid President Video sums it up, sweetly for us moms!

This year made my 5th year as a wife and I've learned that I need to listen more! That sometimes I really just need to bite my lip {literally} to truly absorb what he's saying before spewing out all of the reasons why what I have to say ultimately trumps his. I'm trying to not be so critical and to be understanding but I also know that it's OK to have expectations. You're foolish to think that you can ever change anyone but it's fine to express with conviction what you can and will not accept and do just that, deal with it together or move on! Don't dwell in the past, don't hold grudges, keep it real, openly communicate and continue to grow together.

I've learned to be compliant and not fight doctors orders, while trying to find a middle ground I'm comfortable with & a month after my hospital stay not one flare up! I still can't stand the term "Super Woman" or"Super Mom" because there's this underlying meaning that denotes that you have to be perfect. A coworker one day closed the door to our staff lounge and gave me permission to cry and told me I was allowed. Which was amazing to hear, because I was always pressured with this idea that because I was a wife, a mother, the oldest child and in the eyes of close friends "so strong" that I wasn't allowed to cry. I'm a multitasking addict and have found myself half-assing things that I'm most passionate about because I'm juggling too much and this really isn't acceptable moving forward.  2014 a friend of mine and I vowed will be the year to "Keep it simple" while always remembering to stay true to my mantra, to live in the moment!

I've listened to and witnessed friends way better off than we are financially or health wise wallow in despair at all the things they don't have {Is enough, ever just enough?} which for me always resonates that notion that we are all fighting some battle and that the Grass isn't always greener! I am grateful for everything I have and have yet to receive because it wasn't meant for me YET and I truly BELIEVE! I've found new faith in that whatever we all have been faced with we will be seen through in due time. I have no resolutions but I do know that I want to be better and do better.

So Are you who you were a year ago? How have you changed?
My New Years wish for all of you is to Choose Happiness, Seek Adventure, Live simply and to Enjoy the moments!