Life is All About Facing the Curve Balls! Recap of Henry and Me Movie Premier #HenryandMe

* Disclosure: We were given screening passes to attend, no other compensation was given and views expressed are 100% my own. 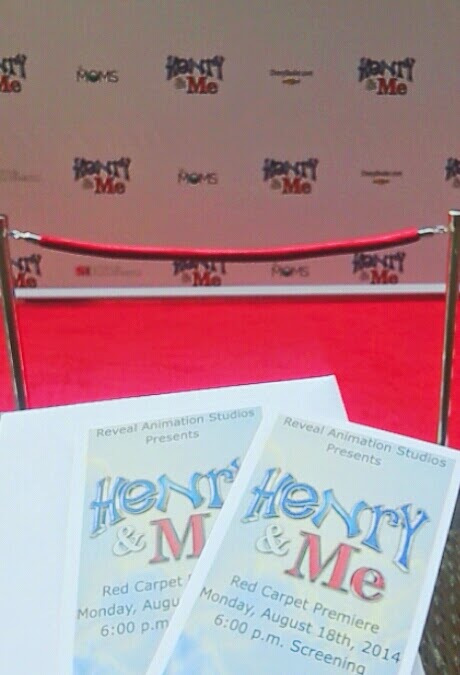 Sometimes when you or a loved one are facing illness, all it takes is a little magical thinking and believing to overcome the obstacles, which a young boy and NY Yankee fan named Jack learns while facing cancer and a sentiment as a Crohns patient that my family and I can relate to, all to well.


Last week, thanks to The Moms Network the Hubby and I joined other NYC parent bloggers to enjoy a night out at the Ziegfield Theater for the red carpet movie premier of Henry and Me. The animated, independent film hosts an array of amazing talent, both in the world of movies and baseball. The characters are voiced by some of my favorite stars: Richard Gere (voices Henry), Cyndi Lauper (voices nurse Cyndi) Chazz Palminteri ( voices Babe Ruth) and Austin Williams (voices Jack) who I admit I loved as an actor when he played Shane Morasco on daytime show One Life to Live. I'll bet that if you are a NY Yankees fan, like many of us in the audience you'll probably be smiling & cheering a little harder when you see and hear NY Yankee players of past and present like, Reggie Jackson, Yogi Berra, Mariano Rivera, Hideki Matsui, Jorge Possada, C.C Sabathia and more.

Based on Ray Negron's children's book series, In the opening scene of the movie we hear the voice of Henry, a mysterious man who with the touch of his Yankee pin can take Jack on a magical journey to a place where illness doesn't exist and where Yankee legends play the game in a field of dreams forever. Henry, with an encouraging tone says "When Life Throws a Curve Ball... Swing Away" & explains all the valuable lessons the game of baseball teaches us: teamwork, having hope, facing our fears and never giving up. As we head Uptown on the 6 train to Yankee Stadium and are taken on this inspiring adventure, we see how Jack must find the courage to believe in himself, to save the season and to find his way home.

After the film, Denise & Melissa of The Moms Network sat down for a talk back with Yankees Coach Joe Girardi, his daughter Serena Girardi (voice of Sissy), Chazz Palminterri, Ray Negron and director Barrett Esposito. You could feel all the emotion in the room as Ray Negron (who, as a kid was given the dream job of bat boy after being caught by George Steinbrenner tagging graffiti on the stadium) was asked about the boy who inspired the film and as he teared up talked about the real life Jack (who ran up from the audience to join the panel) almost not making it. 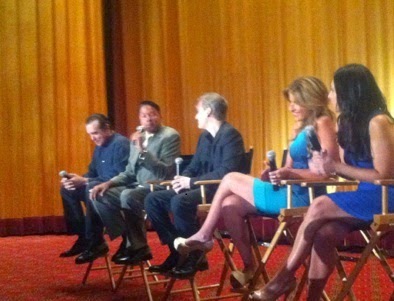 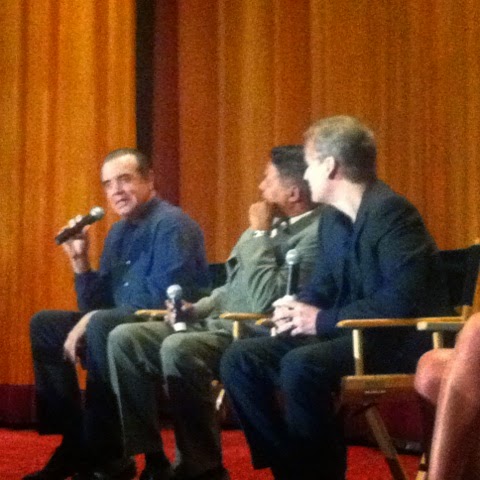 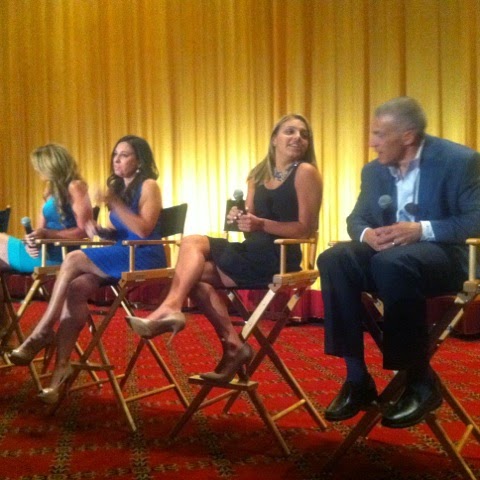 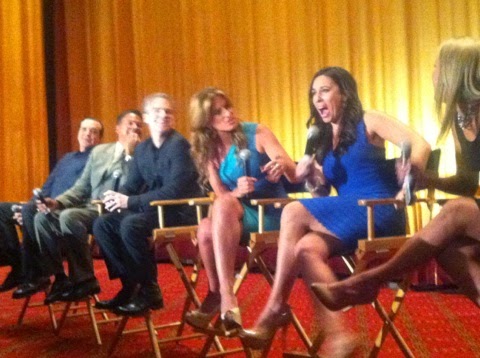 Having been diagnosed with Crohns (an autoimmune disease) at the age of 18, the idea of persevering and having hope hit home for me and my husband and yes when Cyndi Lauper's remixed version of her classic song "Time After Time" played I got all emotional and teary eyed. I can't imagine being a child, or having a child with a life-threatening illness and I remember those feelings of doubt and despair and all the people who we were there to pick me up when I was feeling down and out. My hubby and I thought it was really great to get to share with Ray Negron and Jack, how moving the film was for us. Joe Girardi, his beautiful daughter and Chazz Palminteri were extremely nice to meet and made time to take photos and talk to everyone. 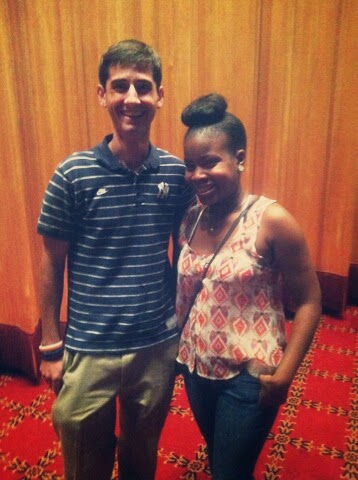 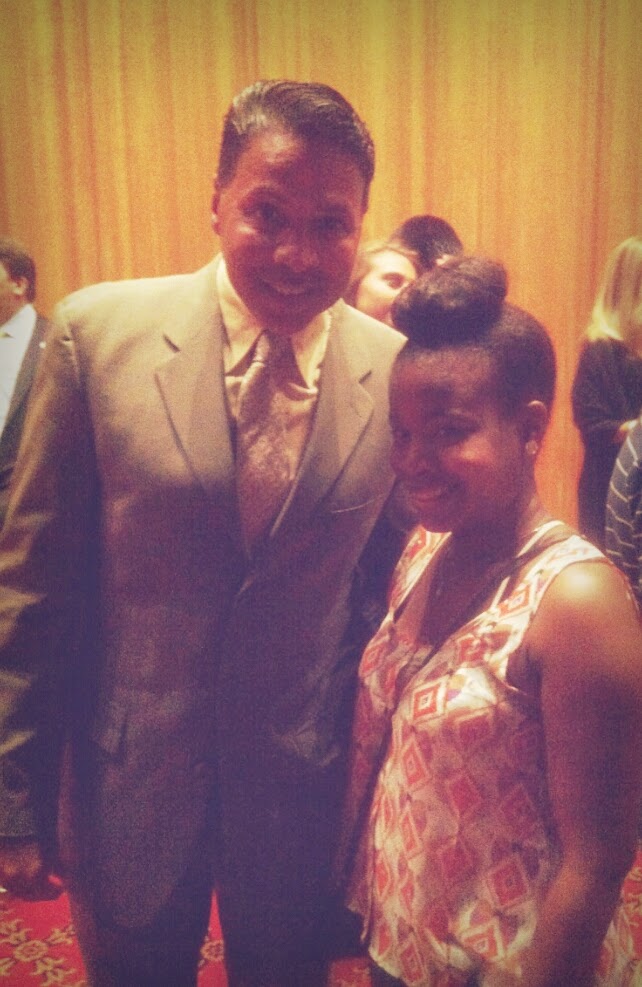 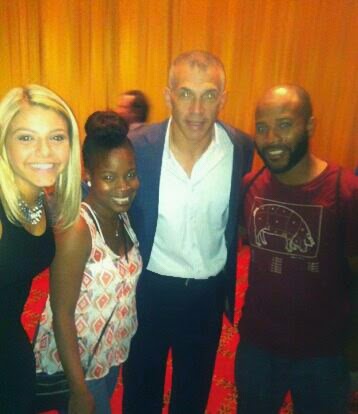 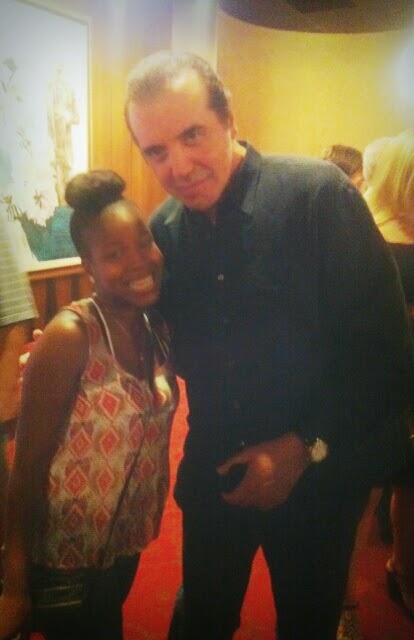 
Aside from a great storyline and cast, what's even better about this film is that portions of the proceeds will benefit several charitable organizations like Cyndi Lauper's True Colors Fund, St. Judes, The Lou Gehrig Society, Pitch for a Cure, Harlem RBI, The Yankees Foundation, Stand Up 2 Cancer and more. You can find Henry and Me on DVD and on digital copy worldwide on Sept. 9th and at home games at Yankee Stadium. Check out The Moms Network's Facebook page for more photos of the event.

Thanks to the Moms Network for an amazing night!