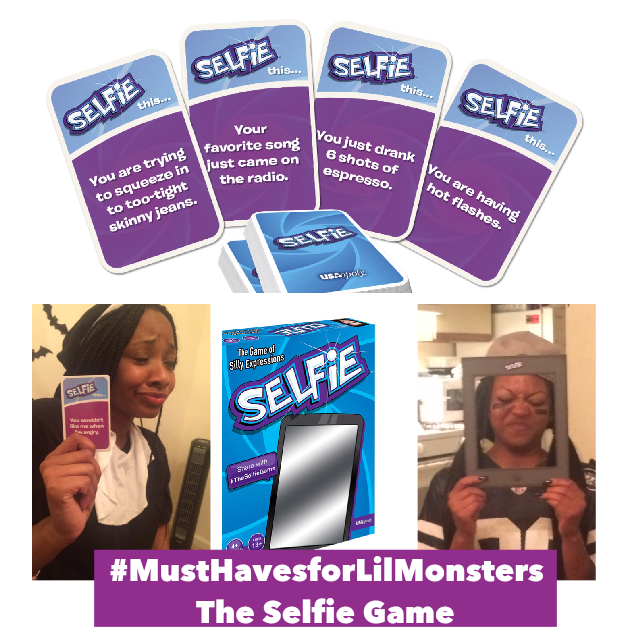 The selfie craze has become such an insanely popular trend among tweens, teens and adults (including those celebrities who can't seem to get enough) and with the word making it's way into the dictionary last year, a hilarious "Selfie" entitled television show, mentions in songs across various music genres and an influx of duck faces all over our Instagram feeds, it's no wonder the geniuses at USAoploy decided to create the fun, laughter induced Selfie Game that's perfect for a night in with friends and family. 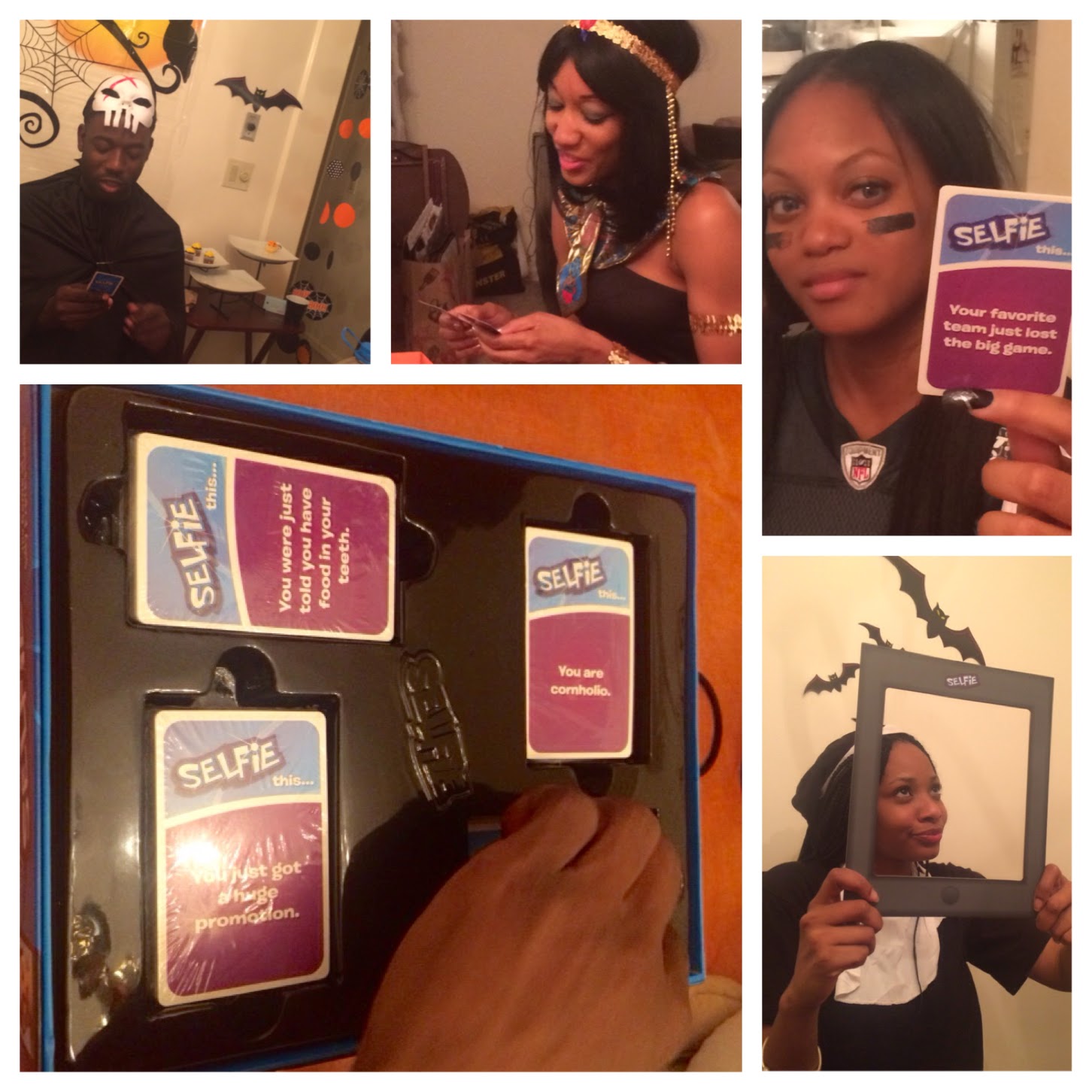 This past Halloween while friends gathered at a house party we encouraged them to partake in a costumed night of taking selfies, which turned out to be a freaking blast. The Selfie Game is super silly & pretty simple to play and although the 360 cards are pretty kid-friendly, it's better suited for those who are 13+. Honestly if you take a moment to sort through the cards prior to playing you can eliminate any of the cards you may find to be inappropriate for a younger age set. The ones featured above say:

"You just got a huge promotion" , "You were just told you have food in your teeth" and "You are cornholio" . Honestly I had to google cornholio because I had no clue of who or what that was and it turns out the term is associated with Beavis and Butt Head, if you even remember those guys. You'd more than likely want to remove that card because your lil' monsters would be too young to even know who those two are, but no worries there weren't too many that were meant for a maturer age group.

The Selfie game would make a great gift this holiday season for anyone who loves game nights and get-togethers because it can be played anywhere and will make for some great moments not to be forgotten. It can be found at Toys R' Us, Amazon, Calendar Club & Bam-Books-A-Million for an MSRP of $14.95. Make sure to capture all the fun and share on Instagram @theofficialSelfieGame using the hashtag #theselfiegame. You guys should also stay tuned because the Lil' Monsters and I will be hosting an awesome #LilMonstersHoliday Giveaway really soon!