Lil' Monsters in NYC: Can Do Duck: The Musical #CDDTM #Review 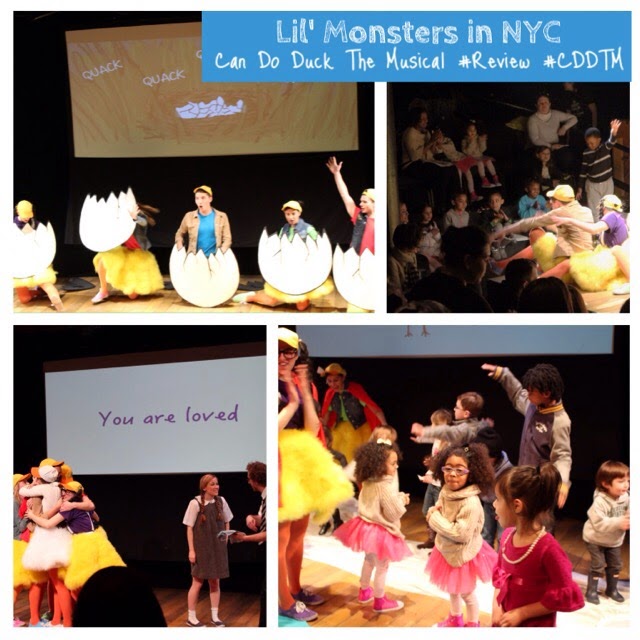 "In our house, our kids know that when it comes to getting things done and setting goals the word CAN'T might as well be known as one of those bad 4 letter words" I overheard my hubby explaining to Ducktor Morty who's the author of the children's book "The Can Do Duck" (which was illustrated by his two young daughters and wife).

Last week we were invited to the preview performance of Can Do Duck: The Musical,  an Off Broadway, kid-friendly show (based on Morty's book) at the Lynn Redgrave Theater at Culture Project in Soho, NYC. Although it was definitely one of those chilly winter mornings in the city we can say it was totally worth the trek from Queens because my two boys aged 4 and 10 had such a good time and raved about the fun they had. 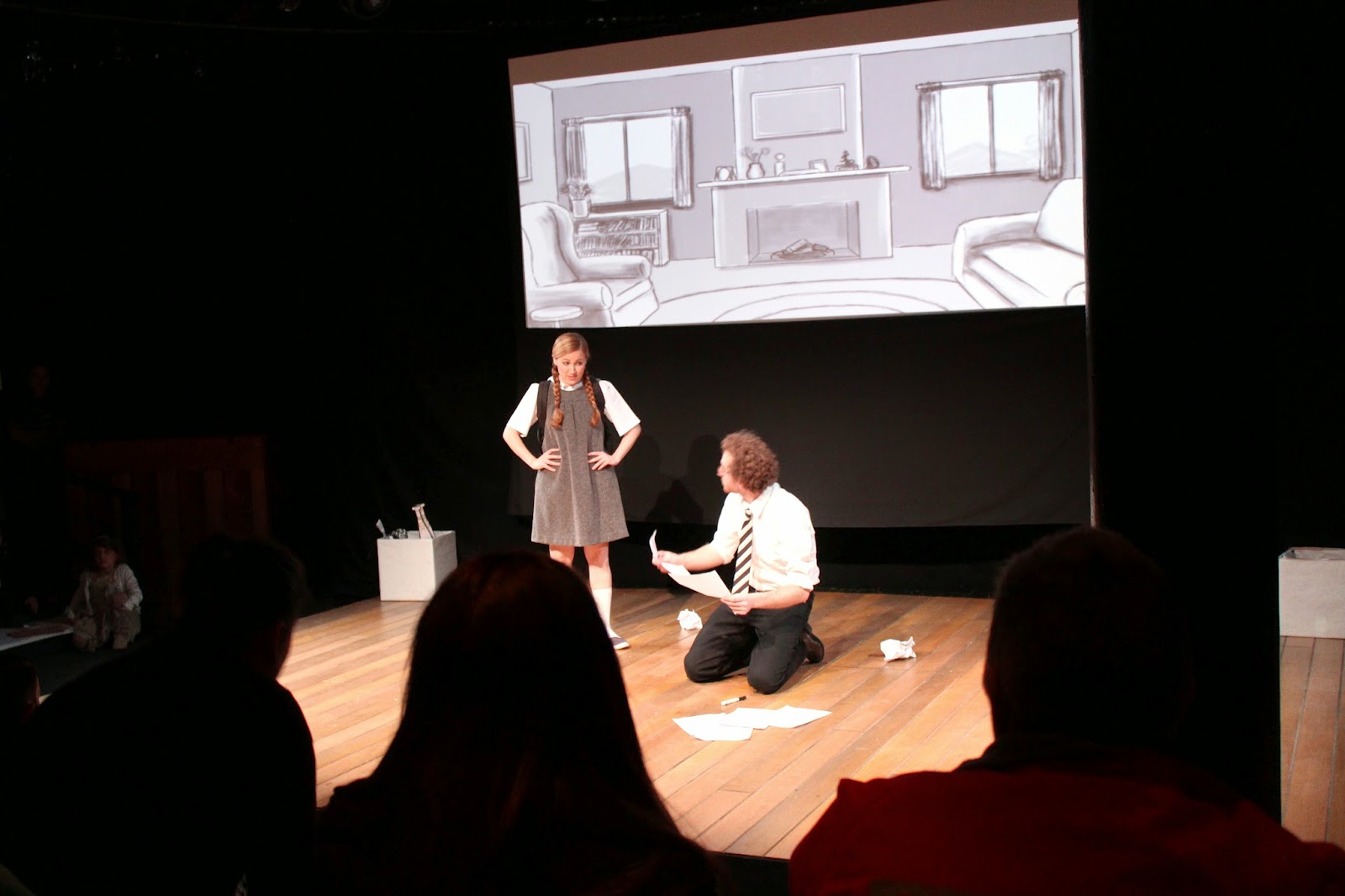 Directed and produced by the author's daughter Arielle Sosland, this inspiring musical featured catchy songs and was funny and touching. Mike and I watched from the third row & our boys sat on the floor with a bunch of other tiny theater goers.There really wasn't a bad seat in the house which allowed the kids in the crowd to hop on stage and interact with the cast. 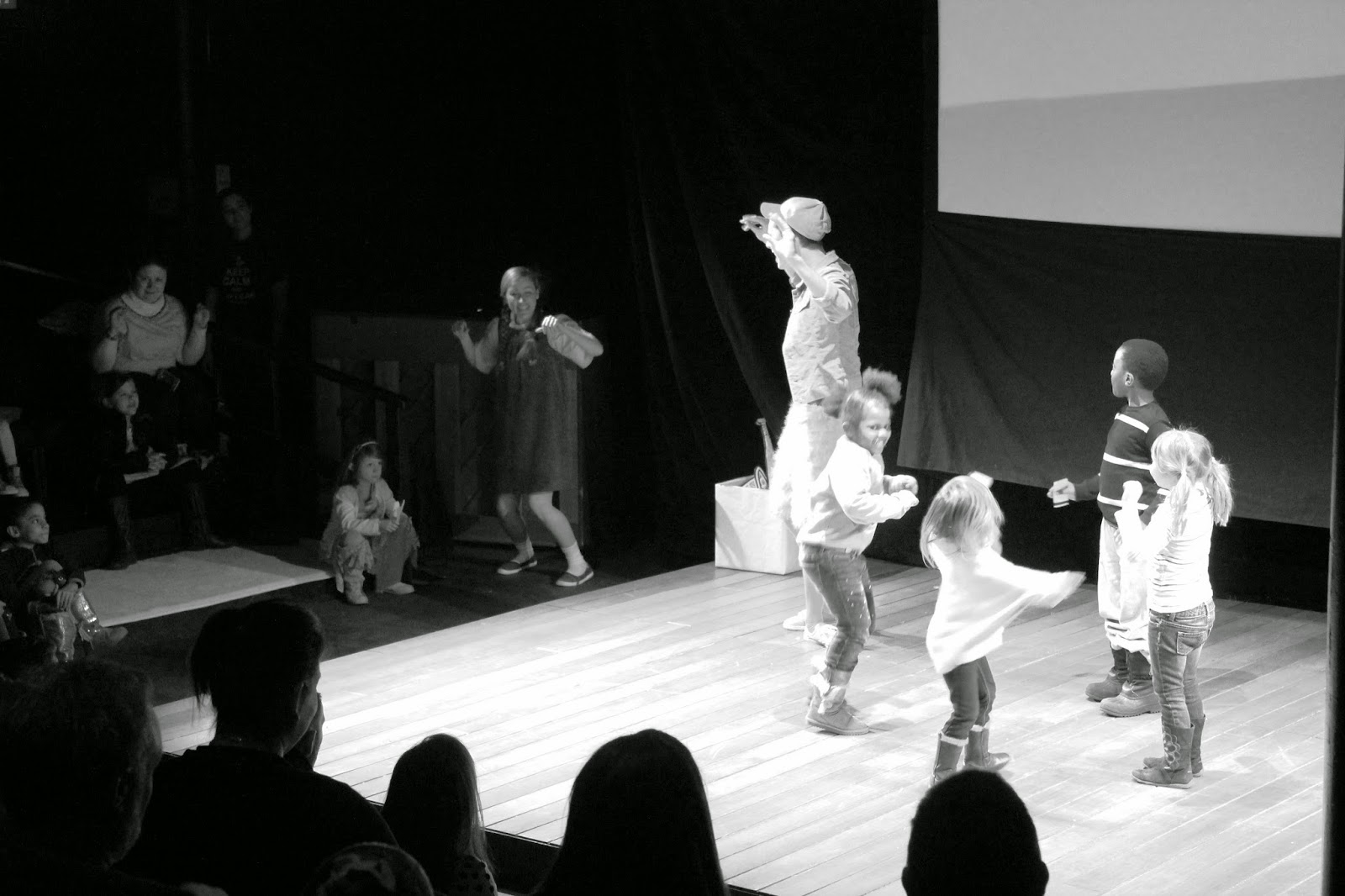 With the theme of Believing in Yourself prominent, during the performance viewers get to follow the lives of two families, one human dad who's been brainstorming ideas for his new children's book with the help of his young daughter Sarah and another made up of a mother duck and her 5 ducklings (Can Do, Russ, Penelope, Lilac and Nelly) who face issues that are very common for most kids: accepting one another, facing fears and sibling rivalry. 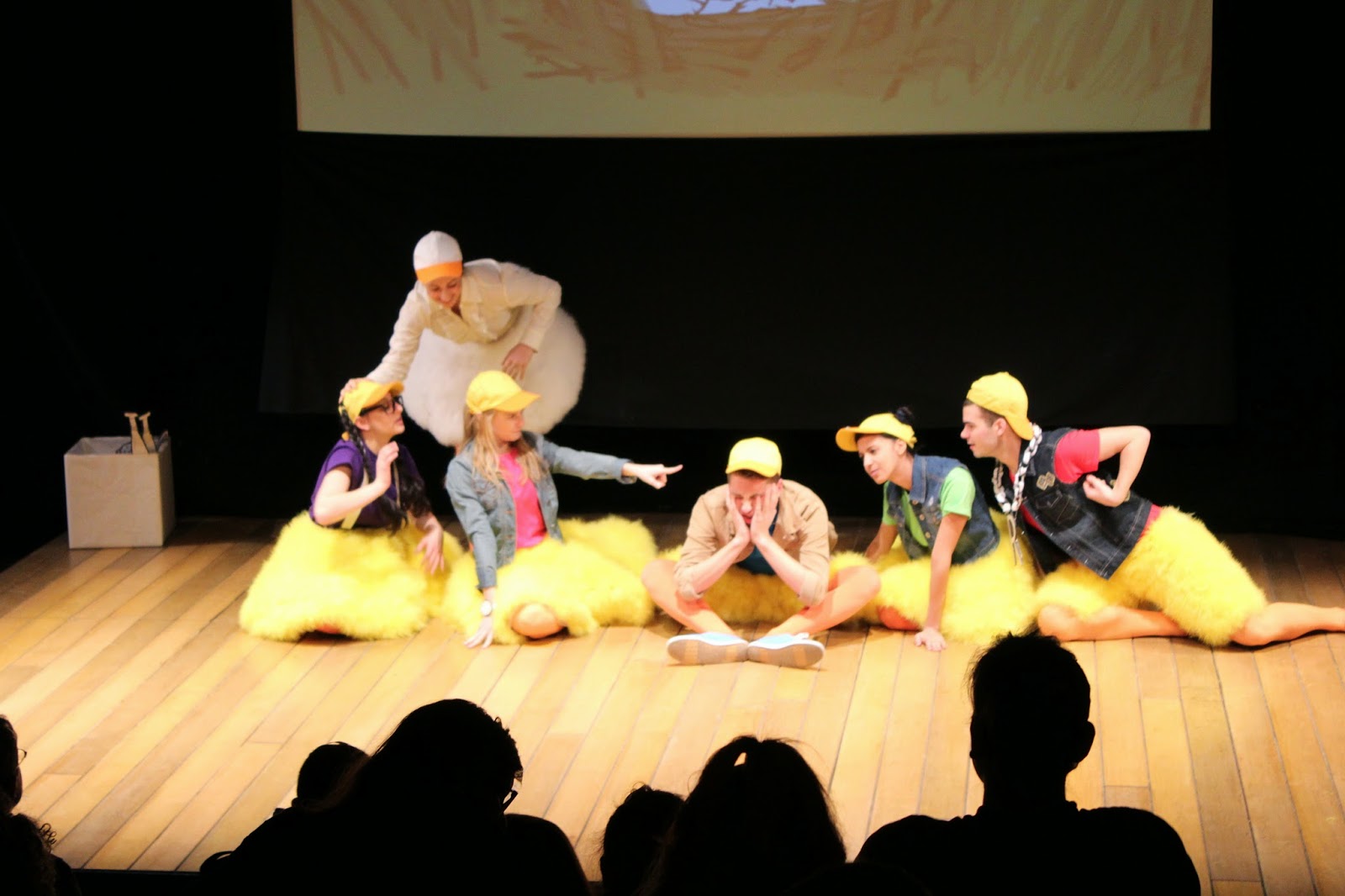 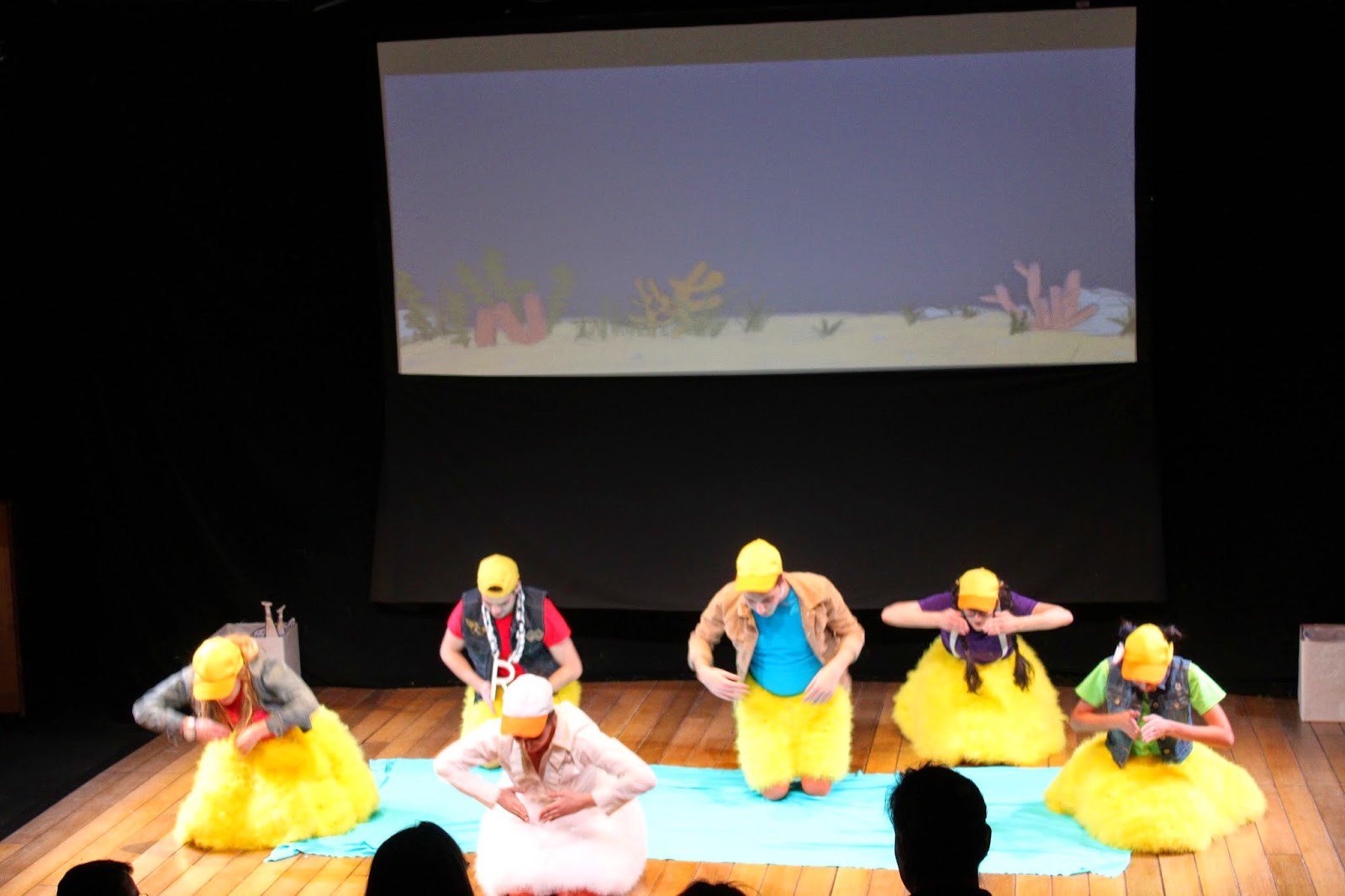 Geared towards children ages 3-11, little ones will most enjoy being able to follow the story along by watching the animated scenes drawn on the screen behind the live performers. The kids in the audience were completely captivated and engaged as they watched the tale unfold and giggles filled the room as we witnessed the ducks learn to walk, fly and swim. 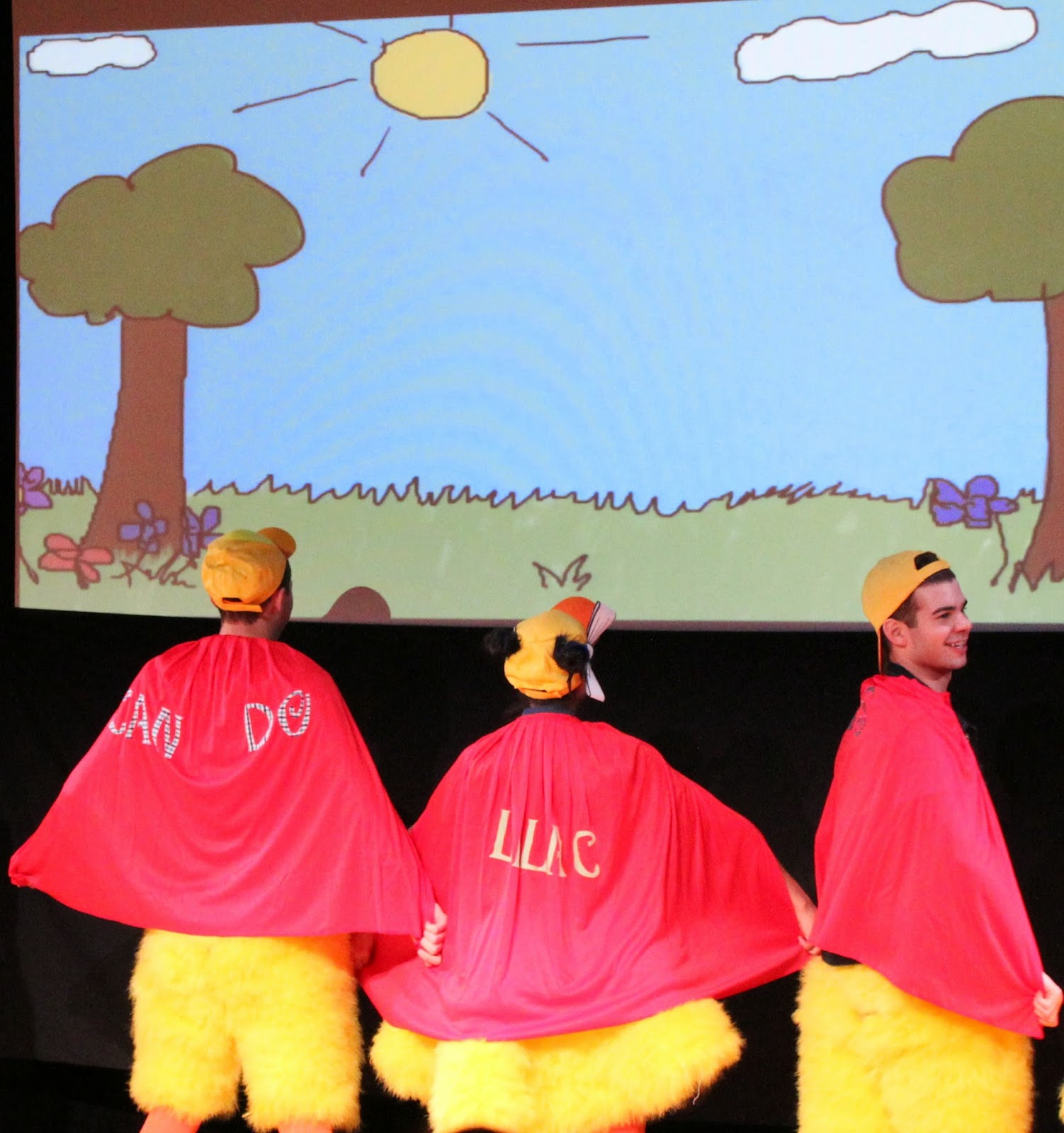 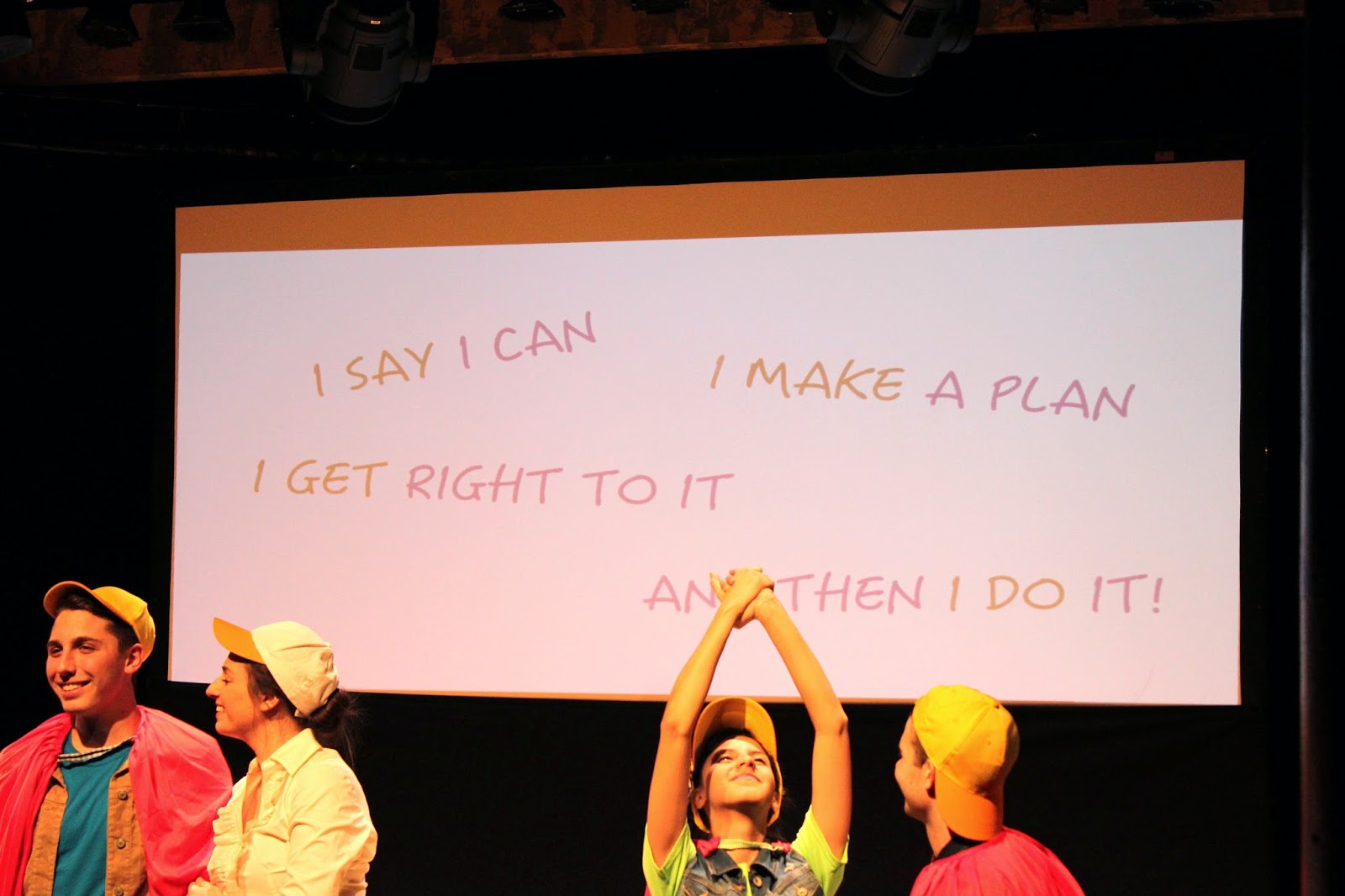 I know after the show a few of the moms admitted to getting teary eyed by how sweet the unexpected ending was & how overall it echoed the importance of supporting your loved ones and having a "Can Do" attitude!

Having a positive frame of mind has been crucial in our home as we have all recently gone through significant transitions: Tristan just started preschool a month before his 4th birthday, our 10yr. old CJ just transferred from the school he'd been at since Pre-K, during the middle of 4th grade to attend a pre-professional ballet public school and my hubby and I are both taking leaps of faith to explore our creative passions. Although change is good, we've definitely needed to be each others cheering squad these days. Towards the end of the show, when we heard the phrase "I say I can, I make a plan, I get right to it and then I do it" it really resonated with conversations we'd been having & will surely be a great confidence booster for all ages! 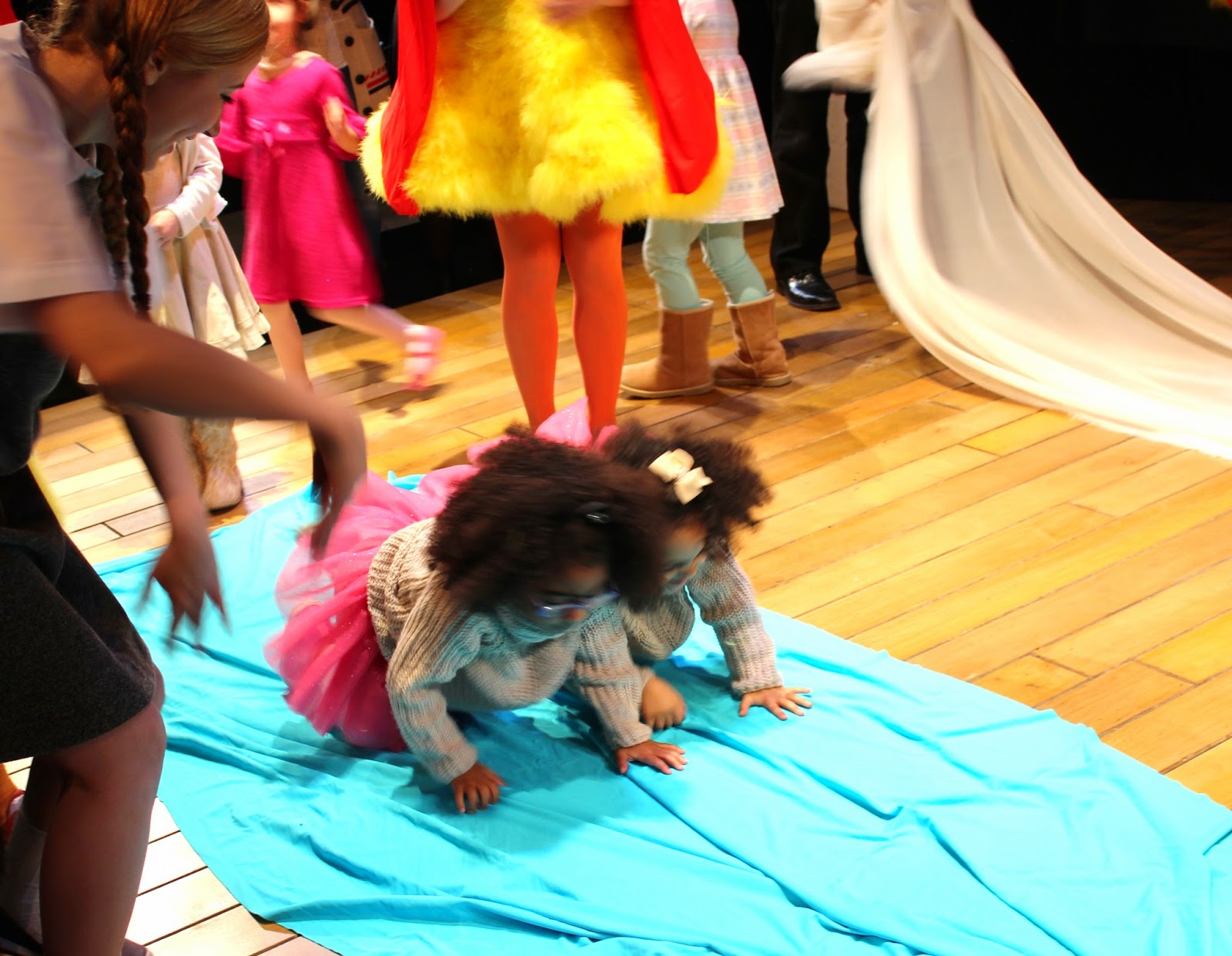 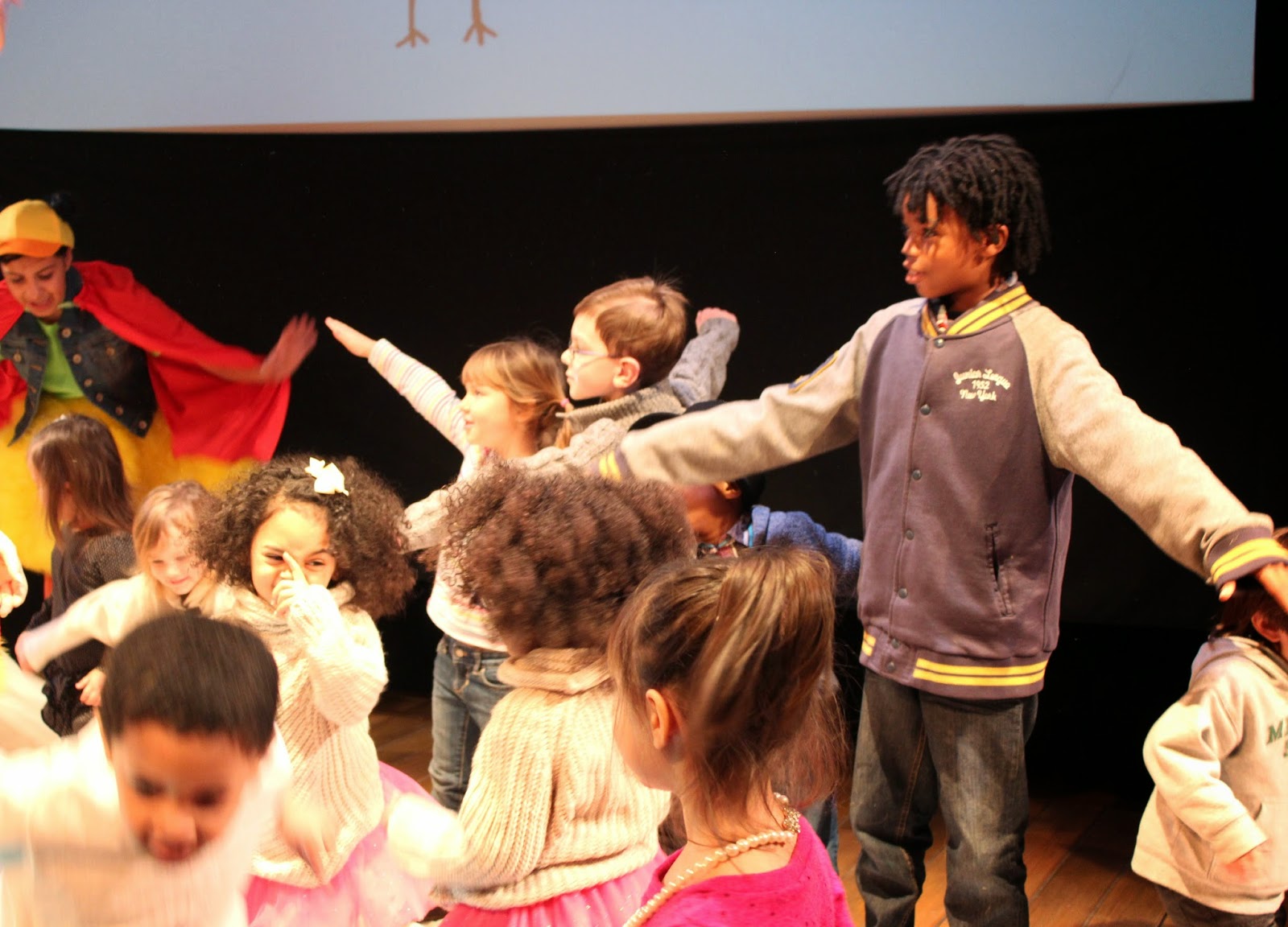 At the conclusion of the show all of the lil' monsters were invited up on stage to learn from the ducklings how to swim and fly. As we listened in on a Q&A with the author of the original children's book and his wife & their daughter Arielle (Director) they shared how her college project led to bringing her father's story to the stage. 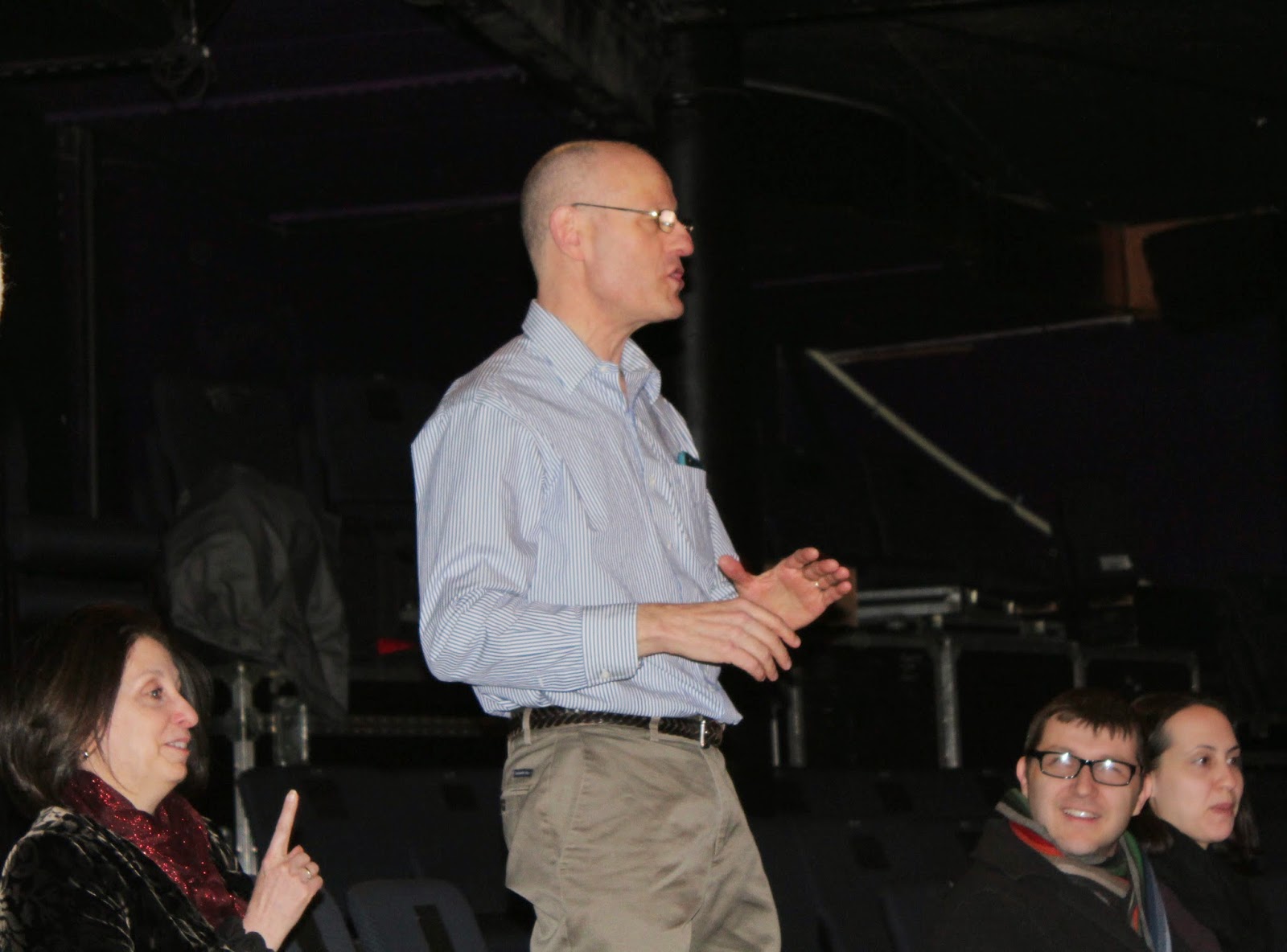 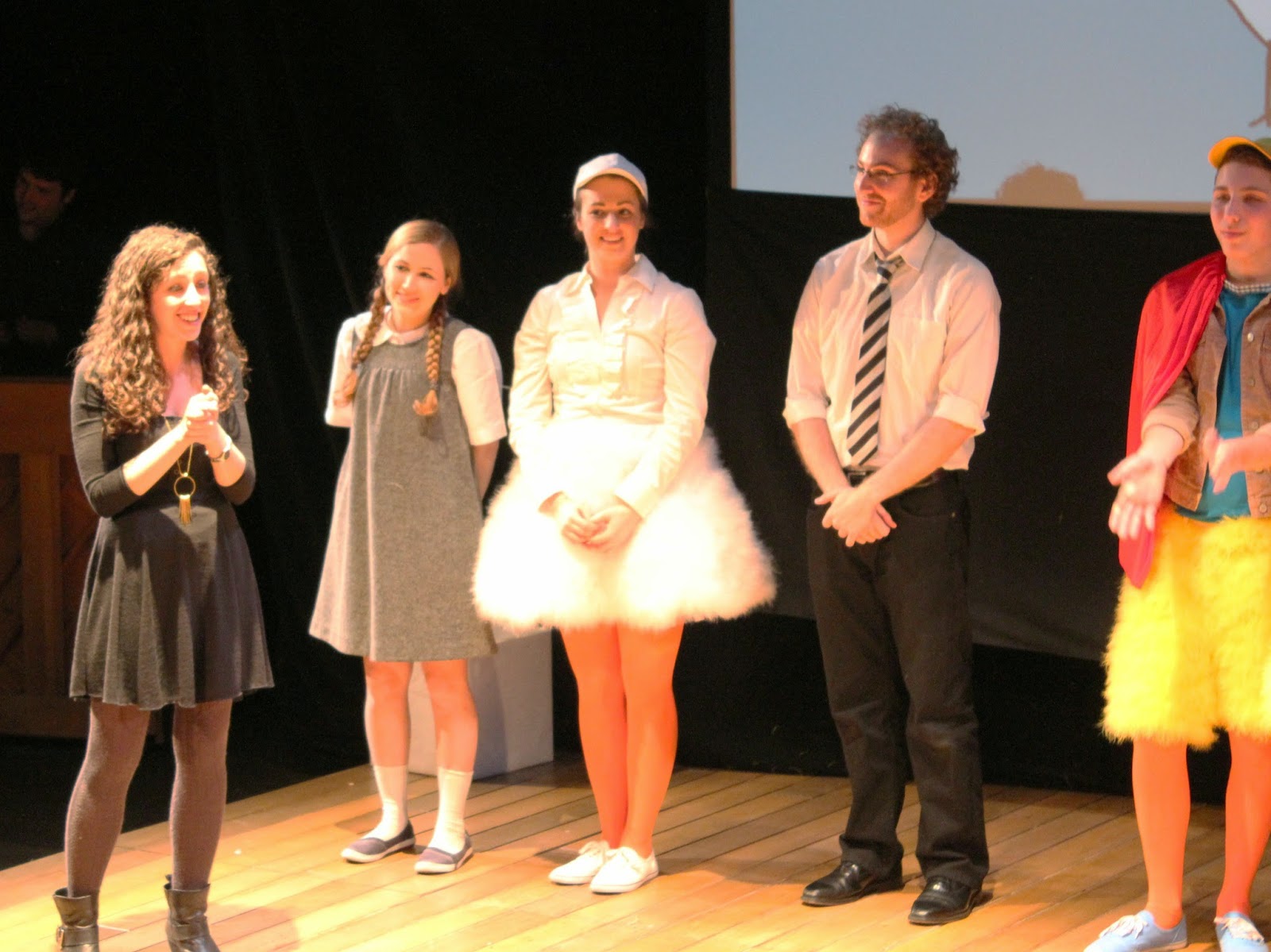 The hour long show runs through March 8th 2015, with Saturday and Sunday performances at 11am, so don't miss out on this opportunity for some indoor fun!