Lil' Monsters in NYC: Get Ready for Some Xtreme Fun with Ringling Bros Circus #Giveaway #RinglingNYNJ 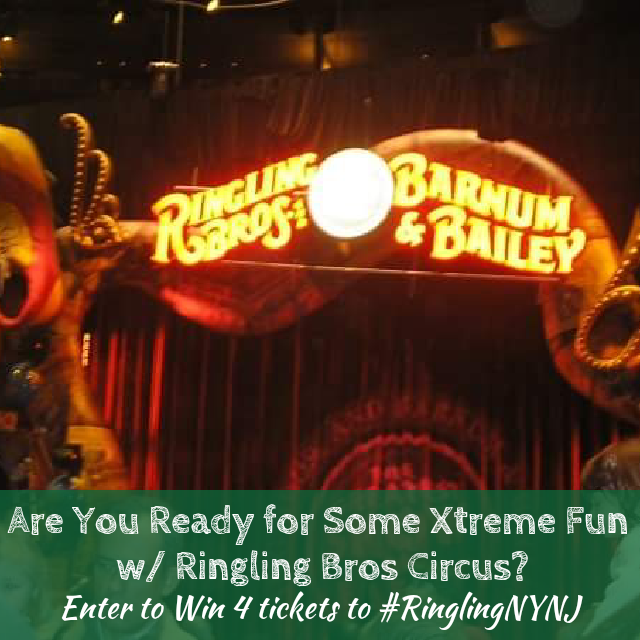 As a little girl I remember my parents taking my younger sister and I to Madison Square Garden to see The Greatest Show on Earth: Ringling Bros Barnum and Bailey Circus and it being one of the coolest shows we had ever watched. Without a doubt the show was Xtremely entertaining and we found ourselves mesmerized by the lights, music and high energy, amazing performances. Some of our all-time favorite acts included watching the daring motorcycle riders race around in a metal ball (how on earth did they get so many to fit and ride around at those speeds?), the seemingly fearless animal tamers give commands to ferocious lions and the beautiful women who could gracefully contort their bodies while drifting through the air.

I always knew that taking my children to the circus would be a must and the first time we took our oldest son CJ, he was only 3yrs. old (photographed below). Imagine how amazing it was for him to be able to attend a pre-show where he had the chance to meet the Ringmaster of the show and while up-close, watched a talented elephant paint a colorful masterpiece in front of a crowd of super-excited families. And now that we have our animal-loving, dare devil son Tristan to add to the mix, seeing the show after all these years will prove to be a crazy, X-citing, fun filled night at the Barclay Center. 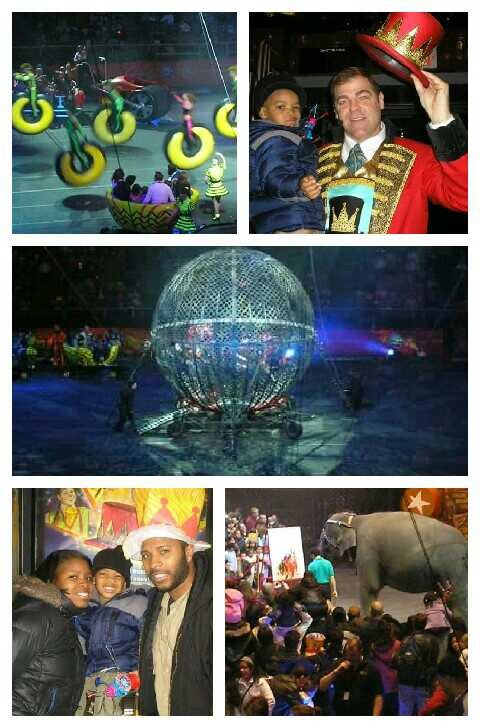 This year at Ringling Bros.® Presents Circus XTREME, Ringmaster David Shipman guides audiences on a quest around the world with the help of hilarious adventure seekers, Alex and Irina Emelin. The show thrills as the Mongolian riders, an all-female troupe, displays their skills in one of the most unique acts this year, performing a series of tricks and maneuvers atop elegant two-hump camels. Jaw-dropping freestyle BMX riders and free running tumblers fill the arena floor performing crazy-stunts mixed with acrobats leaping through a 15 foot transparent tower – and that is just one act! During this energetic show, personal introductions to their performing pachyderms will allow audiences to be on a first name basis with the magnificent animals. All this and more happens during the most unexpected circus experience at Ringling Bros. Presents Circus XTREME.

Get X-Cited because we'd like to offer one of our readers the opportunity to win (4) tickets to one of the following show dates.

This Giveaway is open to entrants ages 18+  residing in the U.S.A only and closes at 11:59pm on Feb 3rd. The winner must respond within 24hrs. Good Luck!


Disclosure: The opinions expressed are 100% my own and we will receive tickets to attend opening night to facilitate a review. No other compensation was received.