Must Have's For Lil' Monsters: Review of the Crayola DJ App 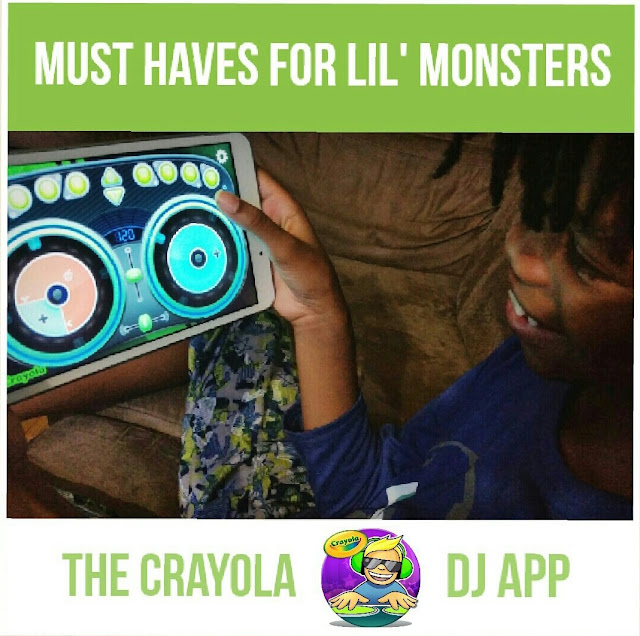 Note: Thank you to Legacy Games for sponsoring this post. As always, all opinions are my own

Music is universal and brings people together, it stimulates the brain, encourages movement and puts smiles on the faces of all ages. After school the first thing my monsters ask for is for me to play one of their curated playlists of music as they break out into their own mini dance party and show off their moves. This week we had the opportunity to try out the new Crayola DJ App as the monsters pretended to spin awesome beats on our tablet.

What's great about the Crayola DJ App is that you don't have to be a musical prodigy with tons of skills to enjoy it because it gives easy instructions to follow while kids create multiple tracks simultaneously. Kids will have so much fun playing with almost 100 exclusive tracks (created by professional DJ’s), with 5 musical styles available, including Hip Hop, Pop and Dance. 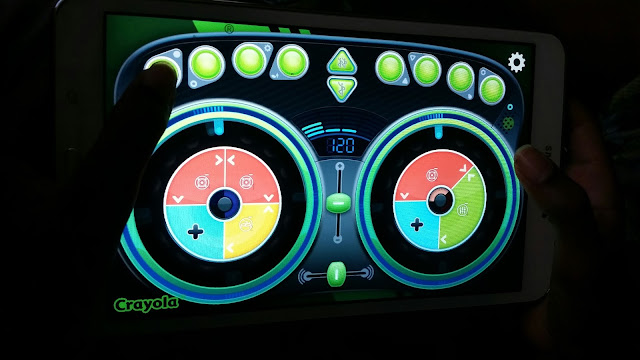 Once a child has mixed their music just the way they like it, it's showtime! While they bop their heads to the beat they can scratch & create a spectacular light show with the color-coded tracks. It’s a lot of fun and they can even earn points during the show: The more scratching and on the fly changes children make, the greater the applause of the crowd and the higher the point score.

The coolest feature to the boys was the DJ Battle! As brothers they love a healthy dose of competition and rather than argue about who gets a turn mini DJs can battle it out in two-player mode to see who the star of the main stage is. You could tell they were proud of their musical debut as celebrity DJs and neither wanted to stop playing. At one point a horn sound echoed through the room, which reminded my boys of a famous DJ on the radio and they started to giggle because it seemed like the real deal, like they were performing for a huge crowd.
DJs can then save their music to play again and again for friends and family which makes it the perfect app for keeping busy while on the go. 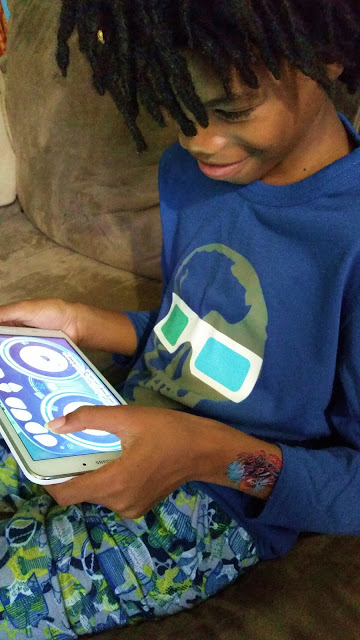 The new Crayola® DJ app is available now for $4.99 on Google Play for Android phones and tablets. In June, it will also be sold in the iTunes Store for iOS devices, for the same price. Be Sure to Follow Legacy Games on Twitter and Facebook to keep up with all the latest news.