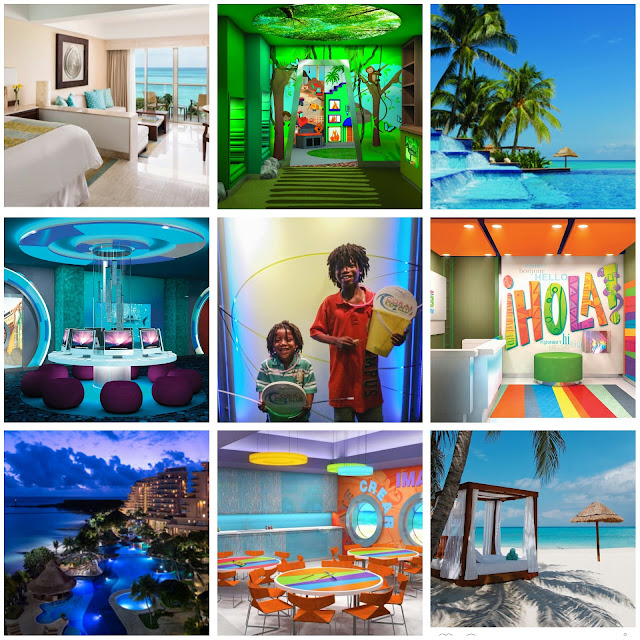 We aren't avid travelers yet but we hope to get bitten by the travel bug sooner than later now that my Crohns disease flareups have subsided a great deal this year.Of course we daydream of where our next family destination will be and ultimately it will have to be kid friendly. We know first hand as parents to a 10 year old that appealing to Generation Z is not easily accomplished because kids today are so easily consumed by the abundance of apps that take them on adventures without the need to ever have to leave their cushy sofa or to move away from a screen. With that in mind, where do you go as parents to escape to paradise and that has fun "Edutainment" for kids?

We recently headed to the Sony Wonder Technology Lab in NYC to learn all about The Grand Fiesta Americana Coral Beach Cancun opening it's doors to its newest family member, the $2 million, 40,000 sq ft state-of the-art ‘Coral KidZ Club. 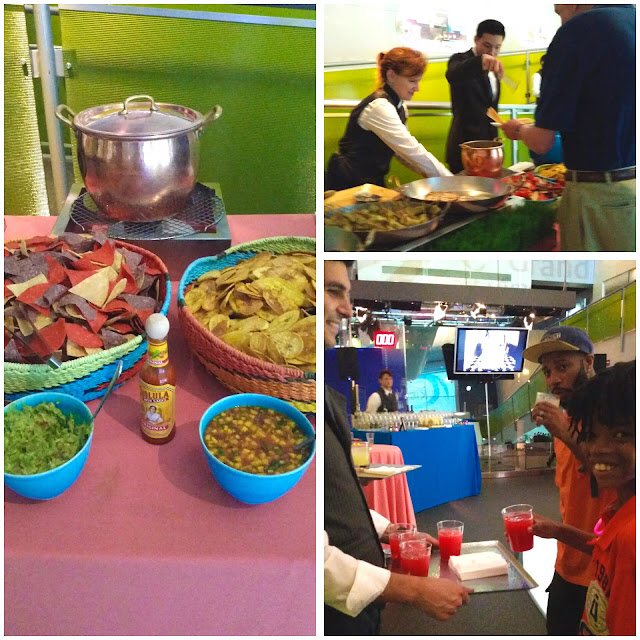 Designed for children ages of 3 to 12 or ‘Gen Z-ers,’ the new Coral KidZ Club will turn up the dial on make-believe and take the playground concept to another level.With the use of cutting edge technology, the club is designed to encourage interaction with other children as well with parents. It would almost seem torturous to our kids if we had them travel without any of their gadgets and gizmos. I honestly would welcome a reprieve for all of us from technology and social media to sit on a sandy beach and take in the calmness..

“We wanted to create the best possible kids club, one that breaks the mold in terms of innovation, and technology. It is why we wanted to work with Launch by Design as they have created some of the world’s most impressive children’s programs,” said Alberto Gurrola, Managing Director of Grand Fiesta Americana Coral Beach Cancun

Anna Bada Crema is an award winning designer and the founder and president of Launch by Design Inc. Under her vision the company has become a world leader in creating dynamic state of the art spaces for kids entertainment and learning experiences. While chatting with Anna about the new Coral Kidz Club she conveyed to us that everything she does is driven by her passion to inspire children because they are our future. 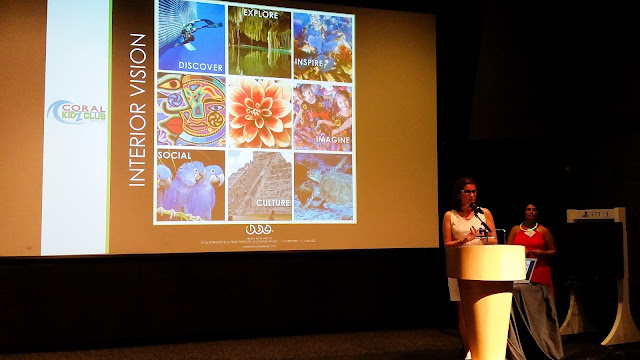 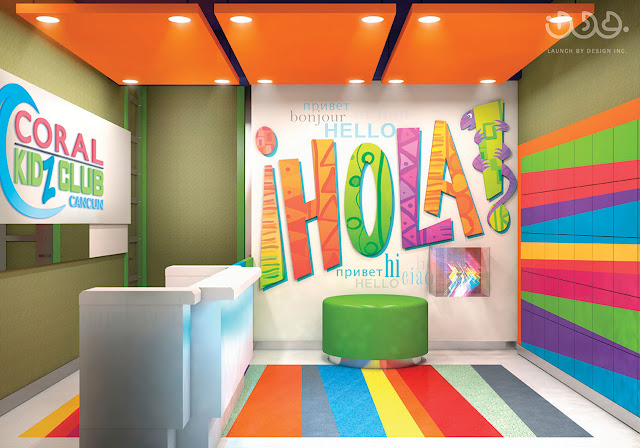 From the very moment when they enter the Coral KidZ Club, kids are greeted by bright colors and fun patterns’ that are splashed on the walls along with international greetings which make guests from all around the world feel at home. After checking in, kids can store their personal items inside a cubby and set off to find their age appropriate zone.

Having to figure out how to keep our two boys, who are nearly 6 years apart entertained is no easy feat these days as our oldest, CJ (now age ten) has been spending more of his downtime on the phone with friends and plugged into his tablet and video games. Recently at a local amusement park I ended up allowing CJ to hangout with the thrill-ride chasers closer in age, rather than be miserable with his lil' brother following behind him. 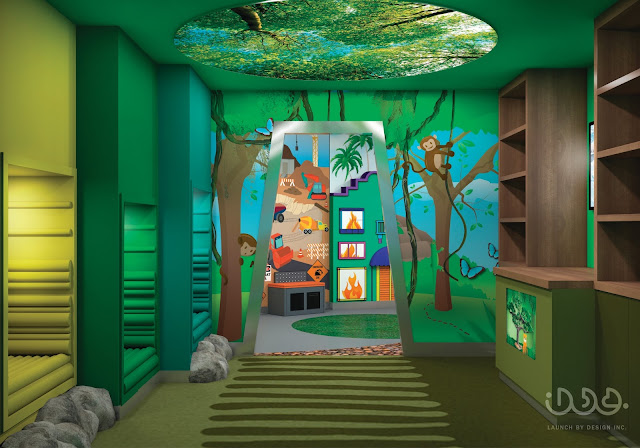 Young guests between the ages of 3-5, will find an area devoted to imagination and learning where toddlers can choose their own path - city, park or jungle. The cityscape features: Mexican-style homes and a fire station with a firehose which can be used to put out a virtual fire; an I-spy wall made up of Latin American iconography; a construction zone; a Mercado and play kitchen. Next door is the Jungle room, a quiet zone deep in the forest where kids can curl up in a nook with a book. As soon as our 4 year old spotted this room on the slideshow, his eyes lit up in excitement as he spotted the monkey (his daddy he calls him monkey) swinging from the vine. Having individualized spaces based on age is such a great detail that makes the experience more personalized for kids of all ages. 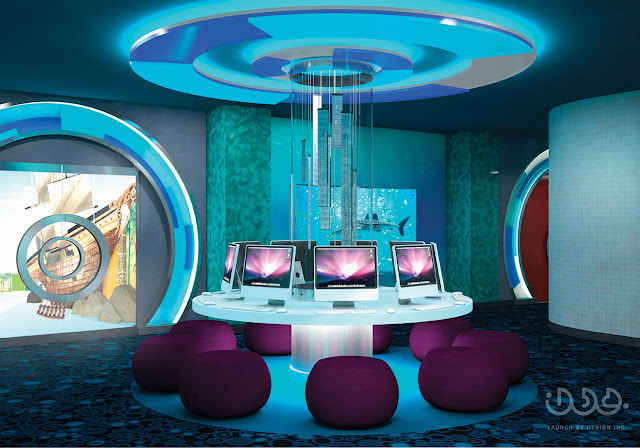 Tweens and teens will pass through an awesome illuminated arched portal and are transported to the computer zone & in the futuristic gaming area they will enjoy the latest interactive video games. With the goal of bringing the Mayan culture into the 21st century, Launch by Design commissioned an interactive 30 square foot LED wall with an electronic game that teaches children about the ancient culture through learning, interactive play and fun facts. Kids will love the idea that they can earn rewards from playing these games and can claim their prizes throughout the hotel.

If your children are little creatives then they will delight in an Open Play Theater which features a stage with a digital backdrop, theatrical curtains, a light-up dance floor and a backstage dressing room complete with costumes, make-up and dressing mirrors. While the Arts and Crafts area is designed for maximum creativity and offers stunning views of the ocean through three large porthole windows. 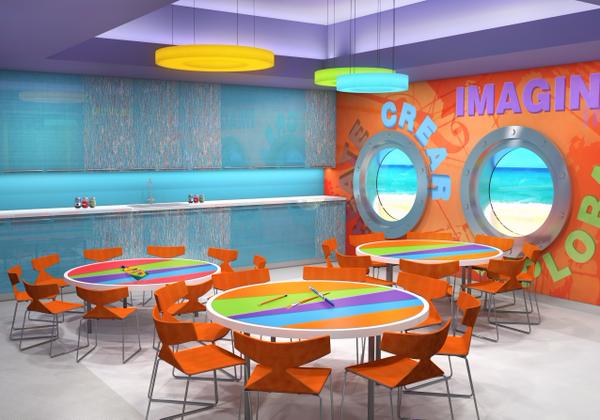 The Coral KidZ Club extends its fun and sense of discovery to the outside.  Active play is enhanced with innovative NEOS®, the world’s first electronic play system for the playground, that combines both the speed and fun of video games with the lively movement of aerobic exercise.  In the Open Play area kids will also find a basketball hoop and custom race car track for racing their very own remote controlled cars, while traditional Mexican sidewalk games can be found on the ground throughout. A casual outdoor lounge area with rock-shaped furniture is a spot for both children and adults who want to take a moment to relax. 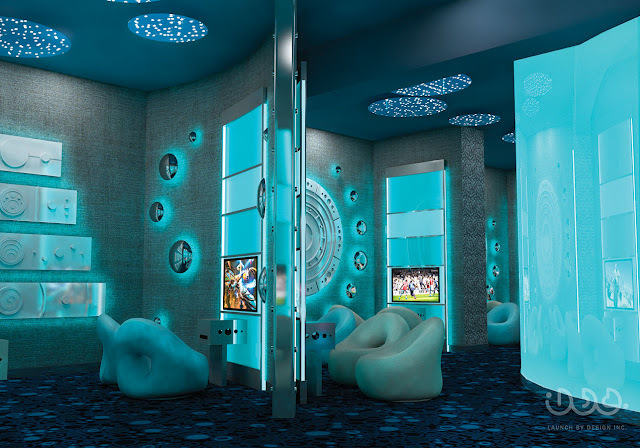 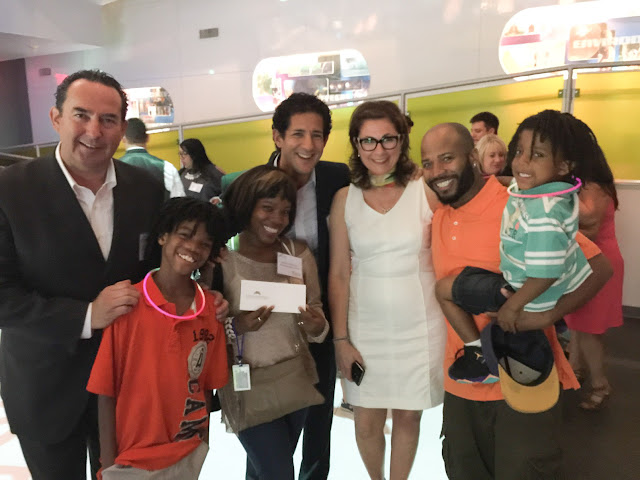 After mingling and enjoying flavorful Mexican fare and drinks, my hubby and our boys headed back into the theater with a few other kids and dads to play video games. But they missed out on AN EXCITING ANNOUNCEMENT!

Little did they know, that while they were immersed in gaming, after me placing my business card in the raffle bowl at the last minute we were blessed enough to be chosen as 1 of 3 Winners of a 4 day, 3 night stay at The Grand Fiesta Americana Coral Beach Resort and our prize includes our meals for the duration of stay. Isn't that amazing? We are so thankful for such a beautiful opportunity to share with the lil' monsters. I was dang near in tears, CJ couldn't stop cheeseball smiling while the hubby profusely said Thank You! We already agreed to unplug once we landed and since we haven't been on a trip on our own ever (even during our honeymoon we had family join us) and managed to persevere through a bumpy 2 years due to my Crohns disease, we definitely plan to take advantage of dropping the boys off at the Kids Zone which launches in less than a week! Beyond Exciting! 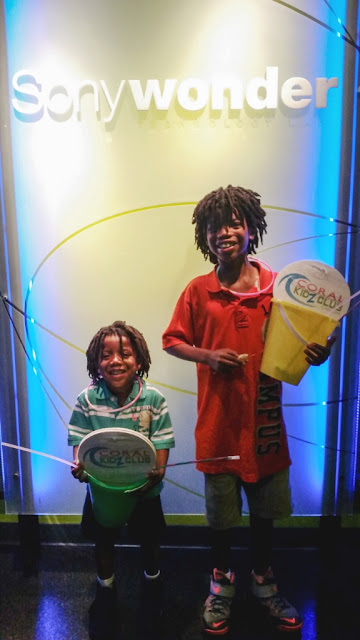 We can't say thank you enough to Alberto, Marcusio Anna, Launch By Design and Grand Coral Beach for such a generous opportunity and we can't wait to take you guys, our readers on vacay with us as we share the trip on social media and the blog, so stay tuned!

*Disclosure: We were invited as media to attend, opinions expressed are 100% my own. No other compensation was received for this post. We entered  raffle to win the trip provided.