Hotel Transylvania 2 : Drac's Pack is Back for a Batty Good Time! #HotelT2

Disclosure: Both my writer and I were invited to attend two screenings and received passes in order to facilitate this review. Opinions expressed are 100% our own & no other compensation was received. 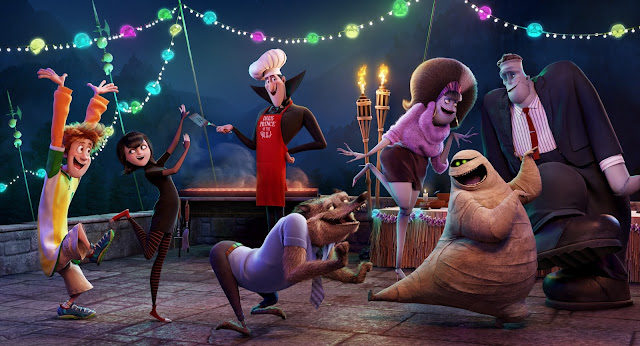 Hotel Transylvania 2 from Sony Pictures Animation was just released nationwide on Friday, September 25th and is a must see for the entire family! The sequel takes place 7 years later and Drac's Pack is back for another adorably fun adventure. We find the hotel, that was once hidden and meant just for monsters has now been transformed into a hotel for both monsters and humans! Mavis {Selena Gomez}  is all grown up and married with a child of her own. While adjusting to having a child whom she and Johnny (her human husband) named Dennis, they are faced with the decision to remain at the hotel with Count Drac (Adam Sandler) or to go live amongst the humans. 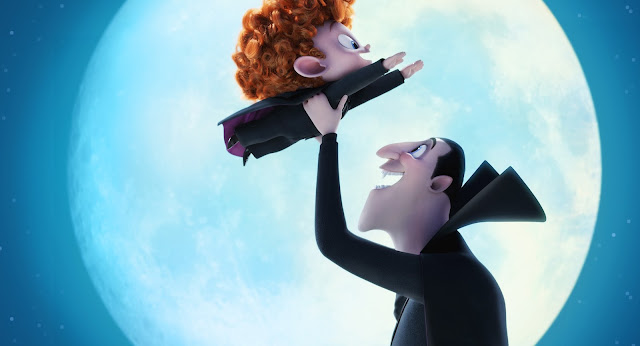 With half human Dennis showing no signs of being a vampire "Vampa" Drac  with the help of old pals Frank, Murray, Wayne and Griffin are determined to make him a vampire in order to keep the family together and put him through a "monster in training bootcamp",despite Mavis' insisting that they accept Dennis for who he is.

And things get downright BATTY when Drac's dad, Vlad arrives with his right hand goon to discover the hotel is overrun with humans.


"The first Hotel Transylvania has been a favorite with my children, they still watch it multiple times daily. So its no shocker they both thoroughly enjoyed this follow up, probably even more than the first. From the jokes about Drac not being able to use a cell phone and the shenanigans that lands him on YouTube, Hotel Transylvania 2 is a film that can be enjoyed by both children and adults."    - Valerie

" It's always great finding a movie that the entire family can sit down and enjoy and never gets old, sometimes sequels aren't as great as the first but this one is just as good if not better than the first. After seeing the movie both of my lil' monsters are looking forward to Halloween, and my youngest can't wait to dress up as Dracula" - Danielle

Aside from not only being a comedic adventure, viewers witness the growth of the characters that happens, especially Drac. In the first, we saw a vampire who wanted to protect his only daughter and was dead set against having anything to do with humans, and now the hotel accommodates them.Themes of the film will really resonate with parents as we watch our children grow up and have great lessons for our lil' monsters: realizing although it's hard to let go you can't stay stuck in the past, you must be able to accept change & that you can't force people to be something they aren't. We all become who we are meant to be in time.

The Drac pack is back for an all-new monster comedy adventure in Sony Pictures Animation's Hotel Transylvania 2! Everything seems to be changing for the better at Hotel Transylvania... Dracula’s rigid monster-only hotel policy has finally relaxed, opening up its doors to human guests. But behind closed coffins, Drac is worried that his adorable half-human, half-vampire grandson, Dennis, isn’t showing signs of being a vampire. So while Mavis is busy visiting her human in-laws with Johnny – and in for a major cultural shock of her own – “Vampa” Drac enlists his friends Frank, Murray, Wayne and Griffin to put Dennis through a “monster-in-training” boot camp. But little do they know that Drac’s grumpy and very old, old, old school dad Vlad is about to pay a family visit to the hotel. And when Vlad finds out that his great-grandson is not a pure blood – and humans are now welcome at Hotel Transylvania – things are going to get batty!Cast: Adam Sandler (Dracula), Andy Samberg (Johnny), Selena Gomez (Mavis), Kevin James (Frank), Fran Drescher (Eunice), Steve Buscemi (Wayne), Molly Shannon (Wanda), David Spade (Griffin), Keegan-Michael Key (Murray), and Mel Brooks (Vlad)Directed by Genndy Tartakovsky, produced by Michelle Murdocca, executive-produced by Sandler, Allen Covert, and Ben Waisbren, and written by Robert Smigel.


Many thanks to Sony Pictures Animation, KidzVuz and Review Wire for allowing both of our families to enjoy such a fantastic If you haven't yet, make sure you head to theaters for this kid- friendly and hilarious movie and to keep up with all the spook-tacular Hotel Transylvania 2 fun follow along on Facebook/ Instagram/  Pinterest and official site.

Valerie Pierre is a Brooklyn based blogger at Mommy R+R, a lifestyle website dedicated to the relaxation and rejuvenation of moms. She is wife, to a hardcore gamer geek and mom of 2 children whose veins flow with Red Bull. You can find her roaming the isles of her local Target or bookstore