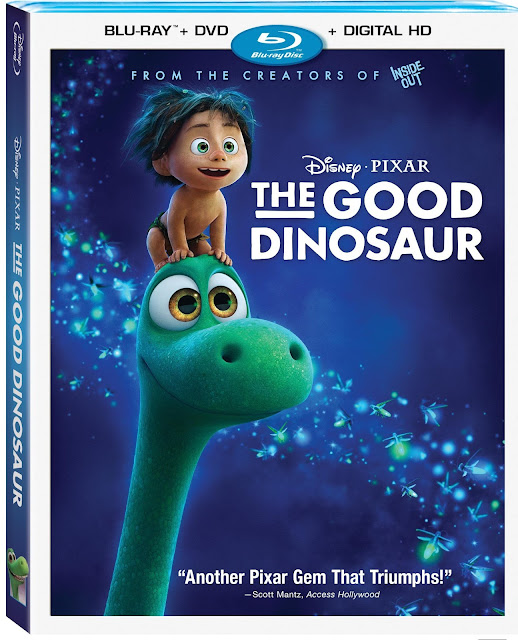 There's nothing like a great Disney Pixar movie to give you the warm and fuzzies, teach you valuable lessons, make you laugh out loud or have you reaching for the Kleenex as you try to hold back a tear or two. Our boys have grown up on Pixar movies and we absolutely enjoyed watching Disney Pixar's Good Dinosaur in theaters.  A must see for families, this story of two unlikely friends Arlo the dinosaur, and Spot a mischievous, fearless cave boy unfolds while they learned the true meaning of family and bravery & while teaching us that although being small in stature, having a big heart and giving it your all are what count most.

Very similar to the Lion King there is an adventurous-dark scene with the daddy dinosaur and his son which ends with the father dying and will pull at your heart strings just a bit. But overall the film has beautiful, vibrant imagery and was really hilariously fun to watch. 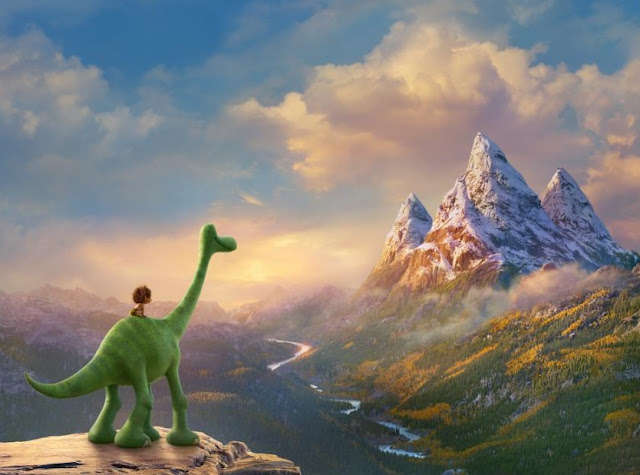 "The Good Dinosaur" asks the question: What if the asteroid that forever changed life on Earth missed the planet completely and giant dinosaurs never became extinct?  Pixar Animation Studios takes you on an epic journey into the world of dinosaurs where an Apatosaurus named Arlo (voice of Raymond Ochoa) makes an unlikely human friend. While traveling through a harsh and mysterious landscape, Arlo learns the power of confronting his fears and discovers what he is truly capable of.

Disney Pixar's Good Dinosaur was released this week {February 23rd 2016} on Blu-ray™ Combo Pack, Digital HD and Disney Movies Anywhere & we are hosting a GIVEAWAY for a copy each to 2 WINNERS which includes extensive Bonus features like the Academy Award© Nominated Theatrical Short "Sanjay's Super Team," Making-of Featurettes, Deleted Scenes and More! Take a peek at this adorable short below and enter the Rafflecopter to win a copy.


We are excited to be able to partner with Disney Pixar The Good Dinosaur! They will be giving two lucky readers a copy each of The Good Dinosaur. Giveaway ends March 4th 2016 at 11:59pm. Winner will be contacted via email on the morning of 3/5. Winner will have 48 hours to respond and claim prize. Prize will be mailed by Disney once prize is claimed. If not claimed another winner will be chosen. 18+/USA only. Please enter on the rafflecopter below & Good Luck!

a Rafflecopter giveaway
Posted by Dellah at 2:42 PM