Disney Art Academy: A New Nintendo Game that Brings out the Inner Artist in Kids of all Ages 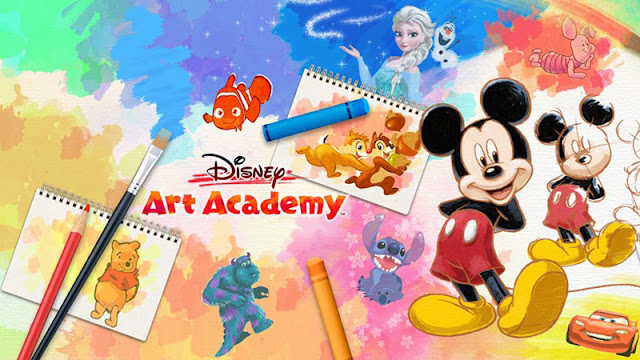 Last month I had a wonderful opportunity to attend a private event at the Nintendo Store at Rockefeller Center to learn all about an amazing new game for the Nintendo 3DS and 2DS Disney Art Academy - a learn to draw game {$29.99} that features over 80 Disney and Pixar characters. With easy to follow lessons, the game takes you through different levels and skills of drawing from basic filling in of favorite character's like Olaf, Winnie the Pooh and Nemo to shading, expressions, portraits etc. There's continuous fun as the game player work's their way up to unlock new characters to draw and can then share with their friends or parents.

Disclosure: We were invited to a preview event of the game and received a game for review purposes. Opinions expressed are 100% our own and no other compensation was received. 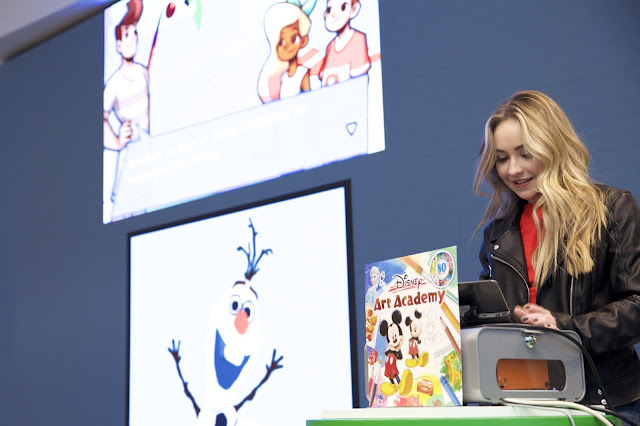 Co-hosted by Sabrina Carpenter, Hollywood Records recording artist and star of the Disney Channel’s Girl Meets World we were among the first to actually play the game before it's May 2016 release. 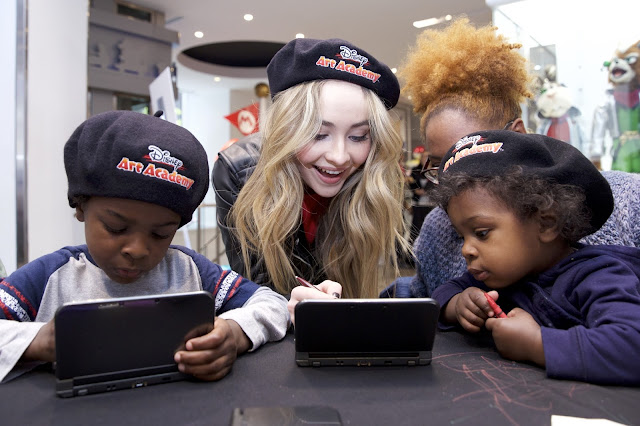 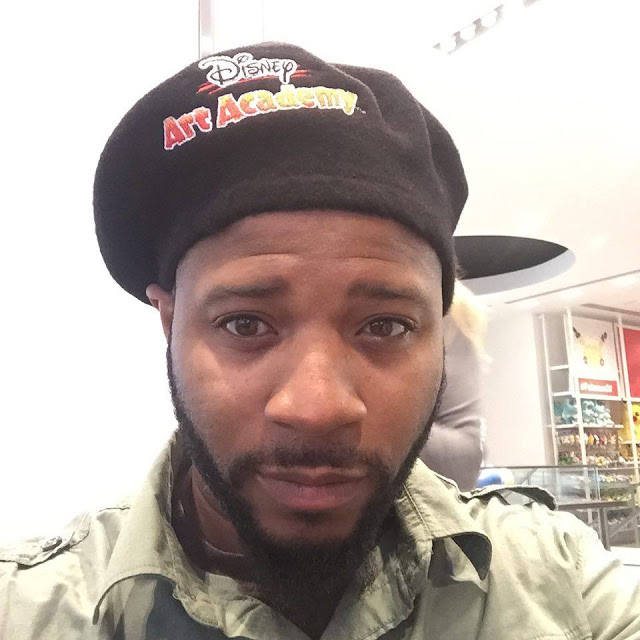 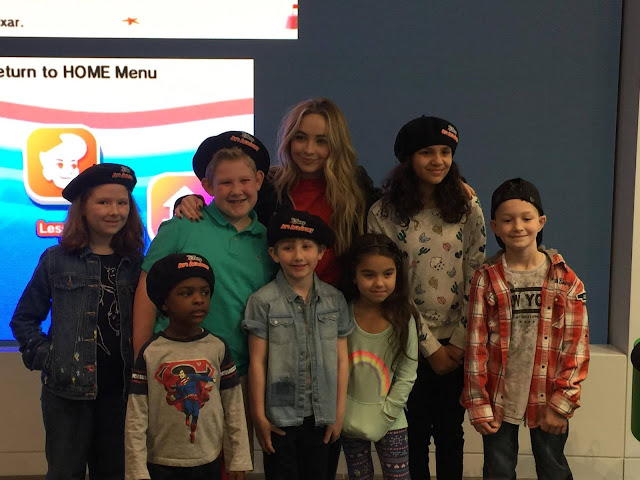 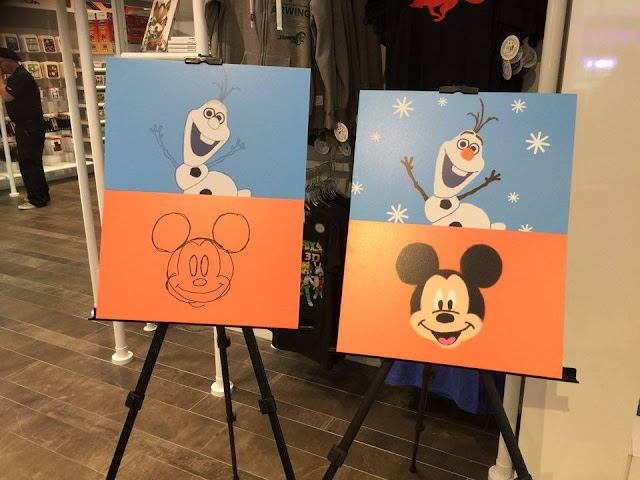 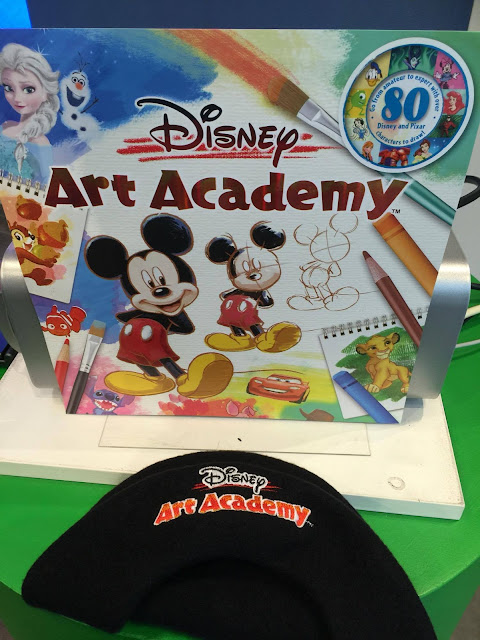 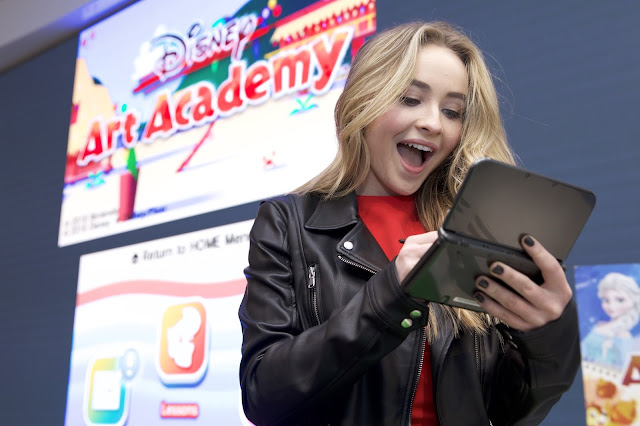 So far it's been a great way to keep our 5 year old entertained at home & on our commutes into the city and we know it'll be perfect for our flight when we take our vacation this summer.  As he completes each step you can see how proud of himself he is, there are a lot of instructions that he can't read entirely on his own that he needed help with but after a few tries he's able to just figure it out on his own. 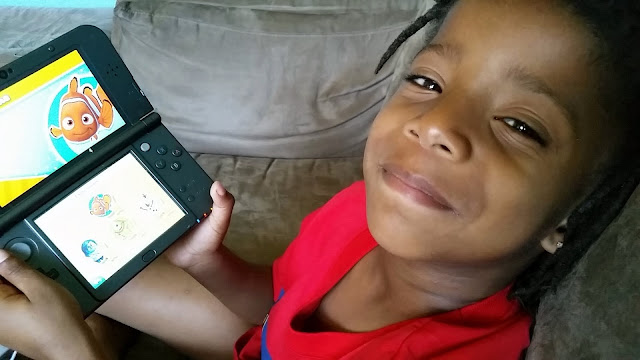 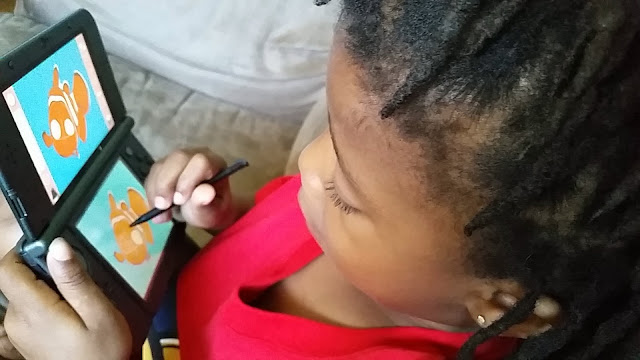 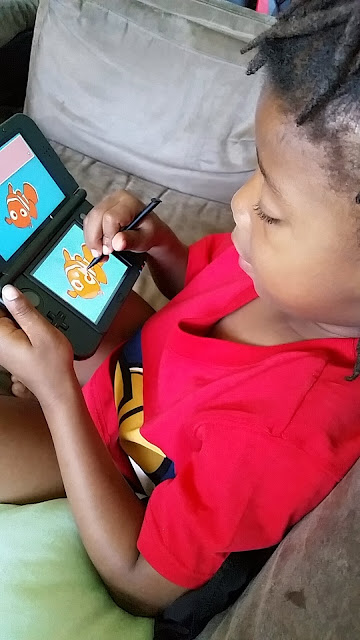 Your Lil' monsters are going to have so much fun channeling their inner artists and creating masterpieces of his or her favorite Disney characters throughout the summer (if you ever manage to put it down, lol). The new Disney Art Academy  game is a great addition for every 3DS/2DS owner who loves to draw or wants to have fun passing their time away creatively.  Perfect for the youngest of gamers, you can now you catch a great deal on the 2DS at a reduced price of $79.99 {originally $99.99} and it includes the racing game Mario Kart 7. Kids can soon check out the new game in the Kirby series, Kirby: Planet Robobot, which launches June 10, as well as two new kid-friendly games coming later this year: Style Savvy: Fashion Forward and Disney Magical World 2.
Posted by Dellah at 11:02 PM