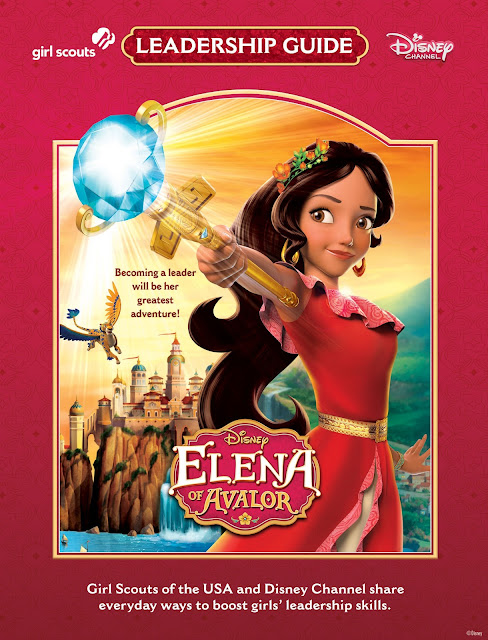 If you watched this year's Olympics in Rio, then you've witnessed a diverse and amazing group of athletic women fulfill their dreams by showing great teamwork, leadership and determination to succeed. I hope that little girls all around the world are inspired by Monica Puig  for winning the first gold medal for Puerto Rico & 19 year old African American, 5x gold medal winning gymnast - Simone Biles.  And let's not forget the first woman to wear a hijab while competing in the Olympic games like Muslim fencer Ibtihaj Muhammad. These young women have proven that despite their differences if you're a go-getter that's willing to be a leader and dreams big, anything  can be accomplished.

Girl Scouts of the USA (GSUSA) and Disney Channel are teaming up to inspire girls and their families to practice leadership. The collaboration brings GSUSA’s focus on leading like a G.I.R.L. (Go-getter, Innovator, Risk-taker, Leader)TM, the Girl Scout way, and Disney Channel’s recently launched animated television series Elena of Avalor into action with the debut of The Elena of Avalor Leadership Guide by Girl Scouts and Disney Channel. Available in English and Spanish beginning today, the Guide showcases leadership activities and conversations parents and caregivers can engage their preschool through fifth-grade girls in to boost their everyday leadership skills and prepare them to create the future they imagine. 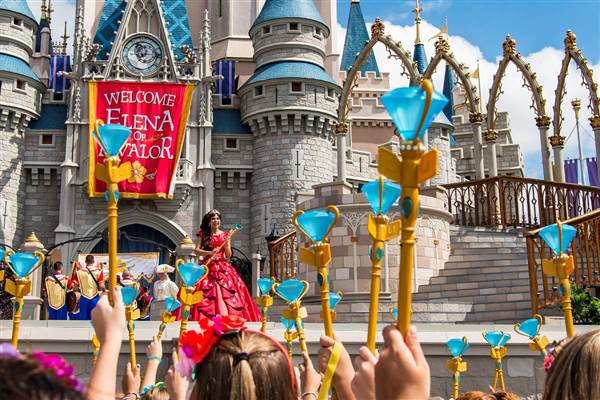 "As we launch Elena of Avalor on Disney Channel, nothing is more important to us than using the impact that we know television has on our audience to showcase strong, ambitious role models for young girls. Our work with GSUSA will give us the chance to amplify that message and be a part of the largest community of young female leaders, by providing materials and inspiration that demonstrate every girl has the power to lead," said Nancy Kanter, executive vice president, Original Programming and General Manager, Disney Junior Worldwide.

Within the guide are 12 Tips to Inspire Leadership which can be downloaded in English here  and in Spanish here for activities that will help your little one recognize the leader within her by grade level. A few of my favorites are: 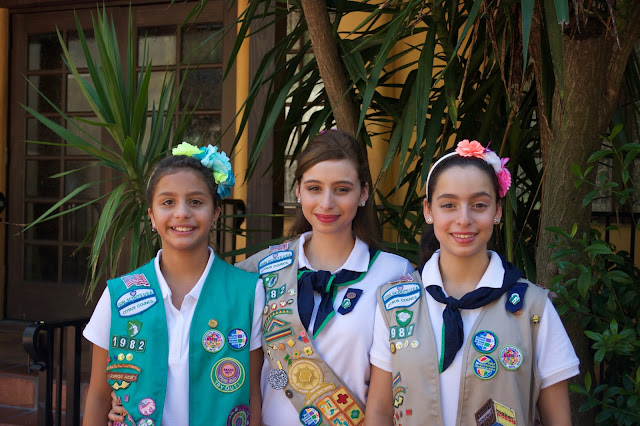 The inaugural “Elena of Avalor—Scepter of Light Award," was presented to Girl Scout Gold Award recipients. The Gold Award is the highest recognition a Girl Scout can earn, with recipients demonstrating extraordinary leadership through “Take Action projects” and exemplifying compassion, critical thinking, collaboration, and courage—the very leadership qualities that Elena of Avalor models. Award recipients participated in events including Elena’s Royal Welcome at Walt Disney World in Orlando this month and an upcoming GSUSA event in Chicago in the fall.

Disney's Elena of Avalor follows the story of Elena, a brave and adventurous teenager who saves her kingdom from an evil sorceress and must learn to rule as crown princess until she is old enough to be queen. Set in Avalor, an enchanted fairytale kingdom inspired by diverse Latin cultures and folklore, Elena's journey will lead her to understand that her new role requires thoughtfulness, resilience, and compassion, the traits of all truly great leaders. The series airs Fridays at 7:30 p.m. EDT on Disney Channel.