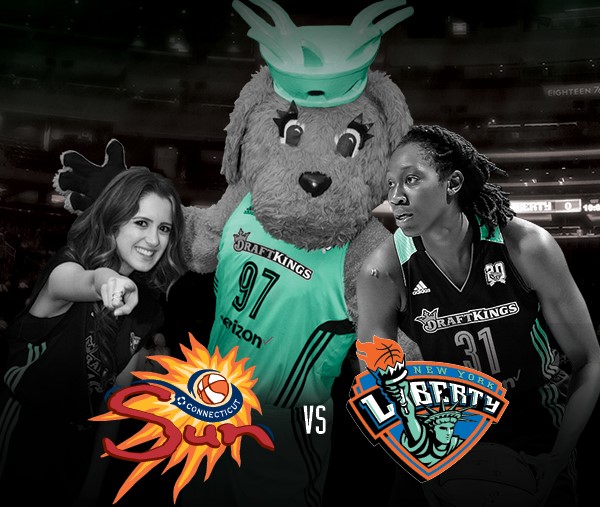 The countdown is on! Summer vacation here in the city is winding down and in less than a week the kids will be heading back to school and what better way to celebrate conquering a new school year than with a Back to School NY Liberty Game at Madison Square Garden? The Liberty is one of New York’s most successful teams and are even making a run to qualify for the WNBA playoffs and they are part of one of the most entertaining sporting events we've ever attended! On Friday September 9th, they'll be playing against the Connecticut Sun and making a run for the playoffs! And they need you to #Showup and cheer them on!

As part of the fun-filled night they have an amazing half time show planned with a performance from Laura Marano of the Disney Show Austin & Ally who'll be singing her hit "Boom Box" and new song "Lala". Here's the details:

To purchase tickets head to Ticketmaster.com  and take a peek at the fun we had when we showed up for a game this July. 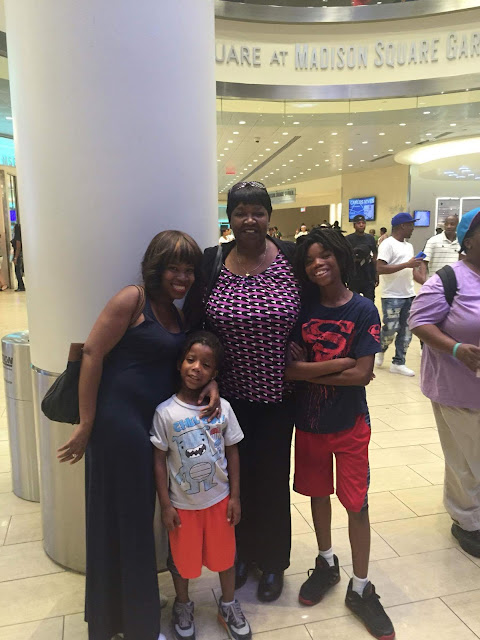 One of the greatest things about living in NYC is there's no shortage of fun things to do with the entire family over the summer, so when we received an invitation from Kidzvuz to #Showup for a NY Liberty game at Madison Square Garden I knew we were in for an exciting night. I've never had the chance to take our auntie Rita out and figured since she is a huge Knicks fan and overall basketball lover she'd be a great guest to bring along. I'm just so proud of myself for keeping it a secret until we arrived at MSG the smiles on their faces was priceless.

The ladies of the NY Liberty faced off against the Seattle Storm and we had the chance to watch them warm up on the court before game time! The kids were really impressed with their ball dribbling skills and wanted to join them in shooting hoops, the boys swore that the hoop was lower than a normal game and that they could easily shoot a 3 pointer. 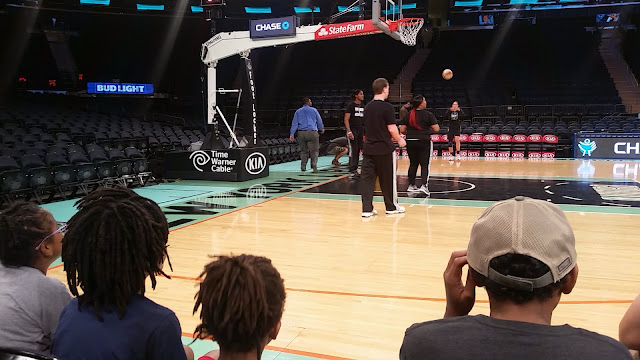 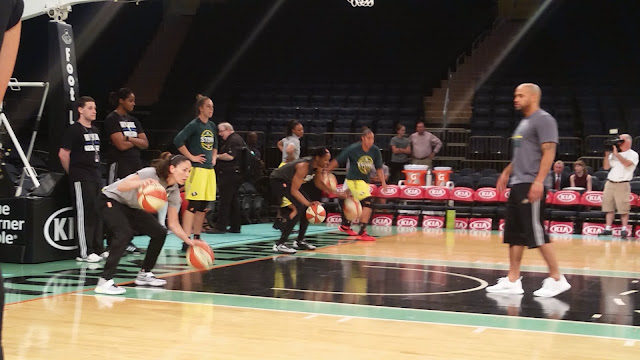 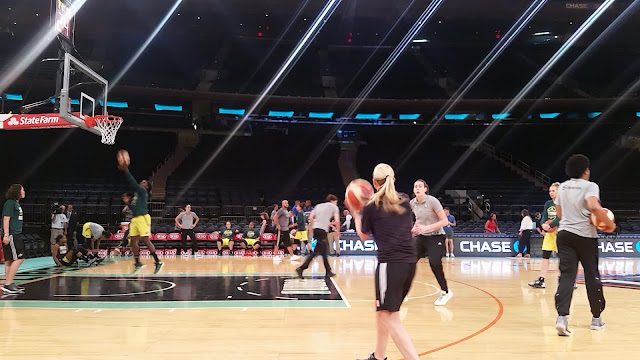 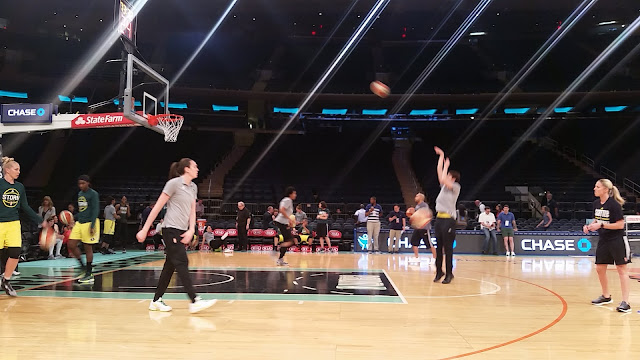 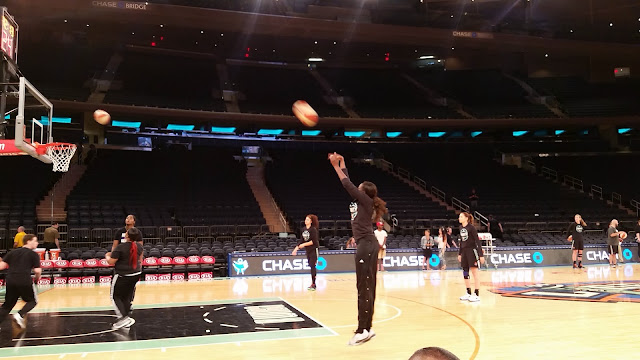 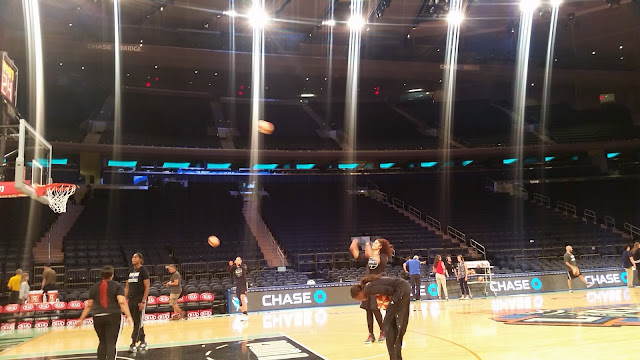 Before the game started we grabbed popcorn, sodas and orders of chicken tenders and fries, that we devoured before the 1st quarter even really got started. 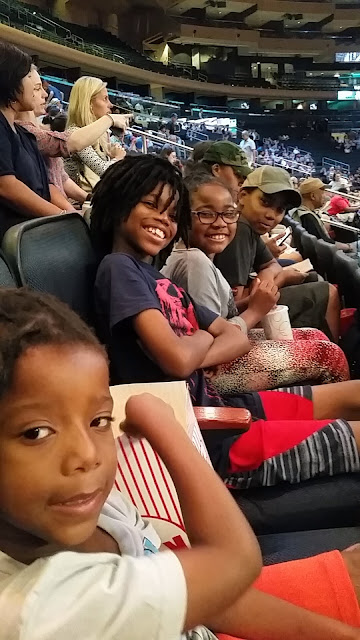 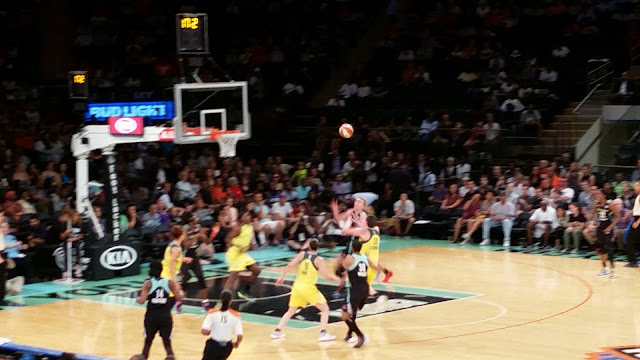 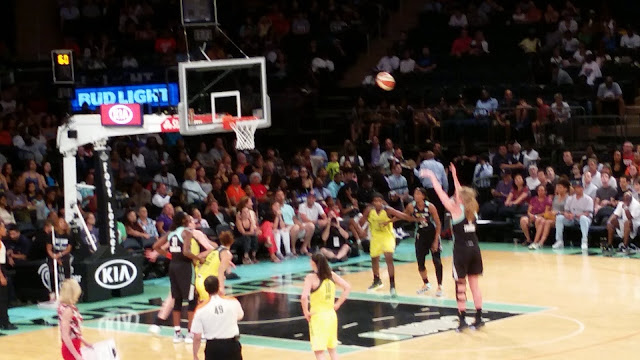 The evening was filled with lots of entertainment in between each quarter to keep the crowd energized, a school for the disabled sang the national anthem beautifully, there was a larger than life game of tic-tac-toe, talented mini hip hop dancers who showed off their moves, a  sassy salsa performance and of course Maddie the mascot who had the crowd on their toes in hopes of catching a t-shirt {photo of Maddie courtesy of MSG}. 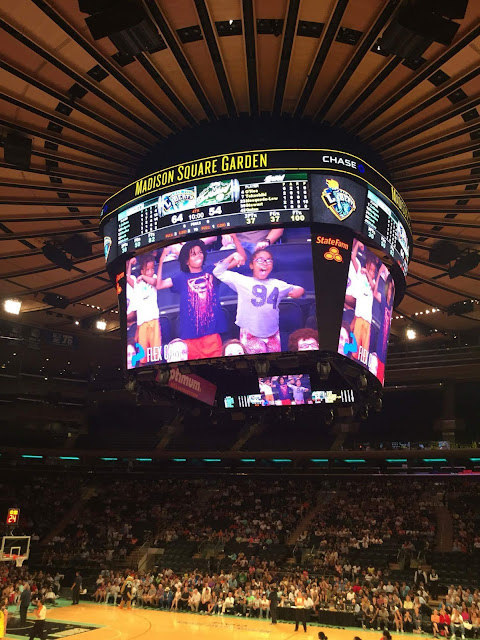 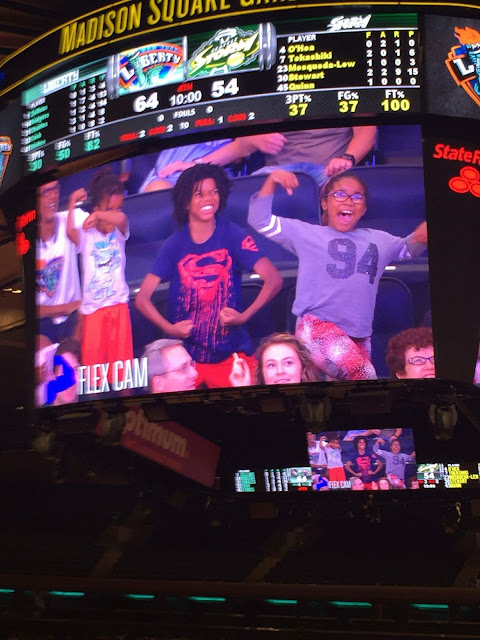 The highlight of the night was certainly seeing our kids up on the jumbo-tron dabbing and flexing their muscles, we were so excited we actually missed snapping a picture the first time but our too cool kids ended up being featured two more times and Nichol of fivelittlewords was able to capture the epic moments on her cellphone. CJ even made the end of the game highlight reel, he felt like a celebrity! And of course the cherry on top was the NY Liberty win at 78 to 74 which made for a great ending to such an amazing night.

There are 4 more games here in NYC {including one this labor day weekend} until the end of the season and we can't wait to Show Up for the upcoming Back to school Game at Msg, will we see you there?
Posted by Dellah at 10:28 AM