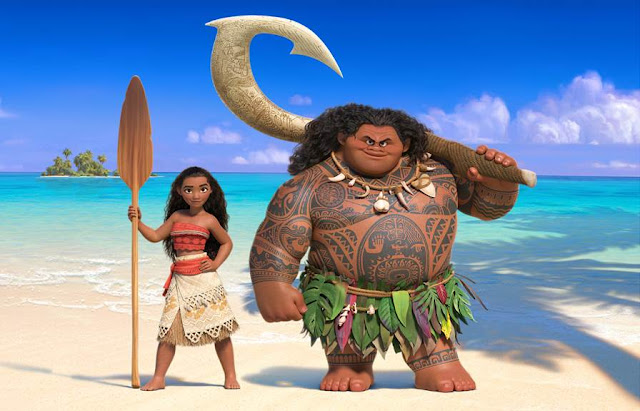 Not knowing much really about the professional world of acting or theater, I'm always searching for ways to inspire and encourage our eleven year old CJ who has expressed an interest in making it on to the big screen someday with his charming yet silly personality, love for dancing and surprising fascination with creating music digitally. While attending this months People En Espanol Festival at the Jacob Javits Center I had the opportunity to get a sneak peek of not yet seen footage from Disney's Moana and sat in on a panel discussion with a member of the films dynamic music team - Tony award winner Lin-Manuel Miranda of the beyond popular Broadway show Hamilton.The morning not only gave us an exclusive look at the behind the scenes travels, artwork and music for the film but provided an enlightening discussion on following our callings and celebrating culture. 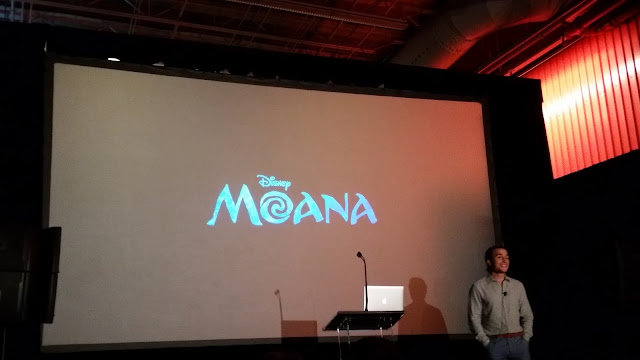 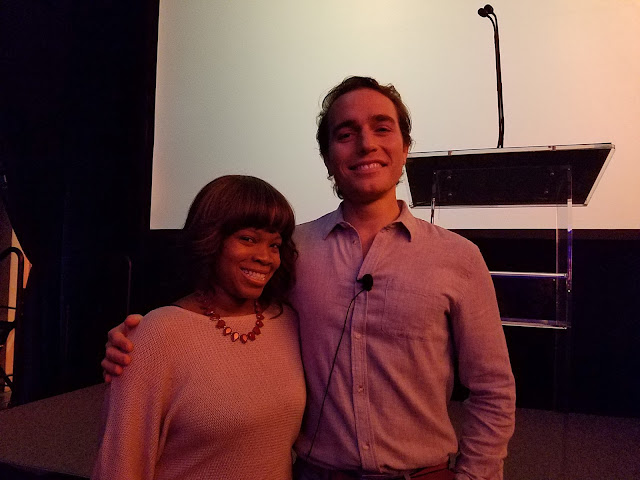 Venezuelan filmmaker Jose Ruiz was beyond excited as he discussed what it was like for him growing up and admiring the works of Ron Clements & John Musker {filmaking team behind The Little Mermaid, Aladdin and The Princess Frog} and then to bring his dreams to fruition by working alongside those industry legends for Disney's Moana. He was beaming with pride when he mentioned how cool it was to see his Latin name roll through the credits and as he guided us through how everything came together to make the film. We had the chance to watch footage of their time spent on the ocean and with the native people, and I loved how the opening credits began with the camera panning across the enchanting Disney castle and we could hear authentic Polynesian rooted rhythms playing in the background.

There was one clip that showed how Auli‘i Cravalho was chosen to become the voice of Moana and I think everyone in the room may have teared up just a little bit to see how excited this 14 year old young lady was when she received the news and shared with her mom that she had gotten the part. One thing that stood out for me was that her mother told her to savor the moment and it's just like my reminder to my boys to live in the moment everyday. 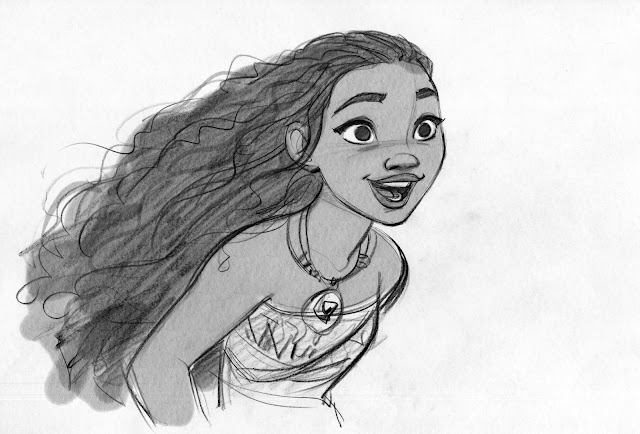 The diversely talented team behind the film’s inspired music includes Tony®- and Grammy®-winning songwriter/composer Lin-Manuel Miranda, who counts among his credits Broadway’s Pulitzer Prize-winning and multiple Tony-winning “Hamilton” and the Tony-winning “In the Heights.”   The creative team also includes three-time Grammy®-winning composer Mark Mancina (“Speed,” “Tarzan” and the Oscar®-winning “Training Day”) and Opetaia Foa‘i, the founder and lead singer of Te Vaka, a winner of numerous world music awards. Written by Miranda and performed by Dwayne Johnson in the film, “You’re Welcome” showcases the colorful personality of his character Maui.


Can you imagine discovering that you were going to be a parent and that you'd been hired to work on the music for a Disney animated film, all in the same day? What most of us would think were what dreams were made of, had become a reality for Lin-Manuel. During the afternoon panel discussion, Lin-Manuel talked about how much fun he had and how charming Dwayne "The Rock" Johnson was to work with. Personally, as big WWE fans in our house we'd go out to support any family friendly film The Rock was involved in. And bonus points for casting him for being half Samoan. 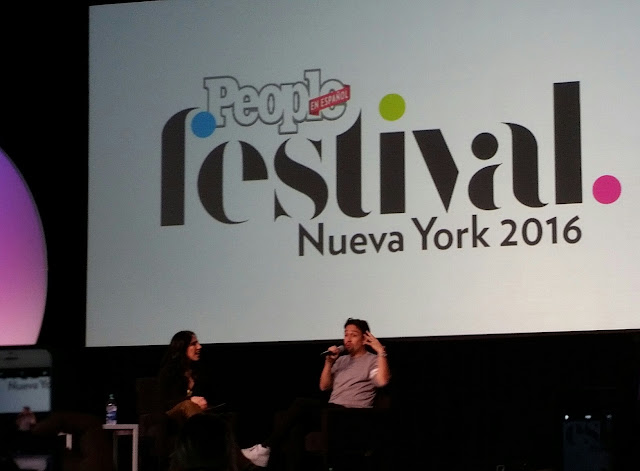 “Find yourself in the work” is one piece of advice that was given to the audience by the Hamilton star . By following their callings Lin-Manuel felt that Disney’s Moana was a relatable character because despite uncertainty and the naysayers they each still pursued their passion, for her it was being out on the ocean searching for purpose and for him it was pursuing a dream career in the arts. Other great pieces of advice he gave were:
Life gets in the way of following your passion “You have to pay rent, you have to go to school….If you love it, you’ll find room for it”
“You have to be good and be nice to the people around you - treat everyone as if they are the one to give you a job because Karma is real!”
It's funny how these pieces of advise transcend from being a child and will still be wise words well into adulthood and seeing as Lin-Manuel was a kid who grew up in The Heights of NYC, I was able to use his story and this panel discussion as talking points with my tween aged son. As he approaches he's teen years I can see how his interests develop and even change sometimes from month to month and just as in Disney's Moana, lessons of self-discovery are priceless.

What's the best piece of career advice you'd ever received or given?

About the Movie:
For centuries, the greatest sailors in the world masterfully navigated the vast Pacific, discovering the many islands of Oceania. But then, 3,000 years ago, their voyages stopped for a millennium – and no one knows exactly why. From Walt Disney Animation Studios comes “Moana,” a sweeping, CG-animated feature film about an adventurous teenager who is inspired to leave the safety and security of her island on a daring journey to save her people. Inexplicably drawn to the ocean, Moana (voice of Auliʻi Cravalho) convinces the mighty demigod Maui (voice of Dwayne Johnson) to join her mission, and he reluctantly helps her become a wayfinder like her ancestors who sailed before her. Together, they voyage across the open ocean on an action-packed adventure, encountering enormous monsters and impossible odds, and along the way, Moana fulfills her quest and discovers the one thing she’s always sought: her own identity.

About the Soundtrack:The Moana soundtrack can be pre-ordered today HERE and a digital pre-order will be available Friday, Oct. 28th.  The Moana original motion picture soundtrack features 14 tracks and will be available wherever music is sold and streamed on Nov. 18, 2016.  The Moana two-disc deluxe edition and the digital deluxe edition soundtrack, which are also available Nov. 18, feature additional tracks including demos, outtakes and instrumental karaoke tracks.  For more information on Walt Disney Records’ releases, like them on Facebook.com/ disneymusic or follow them at Twitter.com/disneymusic and Instagram.com/disneymusic/.

After 20 years since it’s debut,  we can expect to see Lin- Manuel Miranda playing alongside Emily Blunt in the sequel of Disney film, Mary Poppins in 2017 but in the meantime let’s countdown to Disney’s Moana hitting theaters on November 23rd, 2016. Visit the official MOANA website here: http://movies.disney.com/moana

ABOUT THE MOVIE
Three thousand years ago, the greatest sailors in the world voyaged across the vast South Pacific, discovering the many islands of Oceania. But then, for a millennium, their voyages stopped – and no one today knows why. From Walt Disney Animation Studios comes “Moana,” a sweeping, CG-animated adventure about a spirited teenager who sails out on a daring mission to prove herself a master wayfinder and fulfill her ancestors’ unfinished quest. During her journey, Moana (voice of Auli’i Cravalho) meets the once-mighty demi-god Maui (voice of Dwayne Johnson), and together, they traverse the open ocean on an action-packed voyage, encountering enormous fiery creatures and impossible odds. Directed by the renowned filmmaking team of Ron Clements and John Musker (“The Little Mermaid,” “Aladdin,” “The Princess & the Frog”), and produced by Osnat Shurer (“Lifted,” “One Man Band”), “Moana” sails into U.S. theaters on Nov. 23, 2016.
Posted by Dellah at 11:34 PM