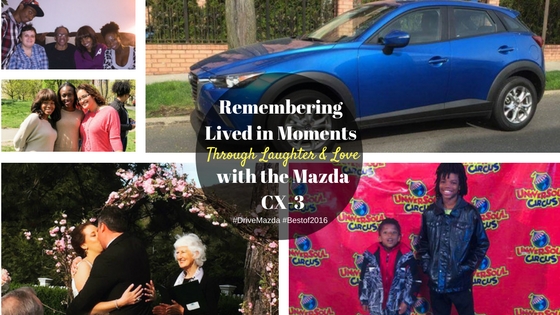 Looking back on 2016 for a lot of people means remembering some pretty awful moments whether personally or in the news. Moments that may have made your heartache, ones that may have made you frustrated or angry but one thing my hubby Mike is always encouraging me to do, is to seek out the positive in every lived in moment big or small. Having the ability to just pick up and go in a reliable car is a top priority for families, whether it's the daily trips to your grocery store or to create long lasting memories with friends and family. When setting off on the road the last thing you want to worry about is the safety of your loved ones. Compact in size and perfect for our family of four the Mazda CX-3 allowed us to celebrate a long time friends birthday, witness the union of two Blue Sky film makers, dab with clowns and make an urgent spur of the moment visit to see our favorite uncle. 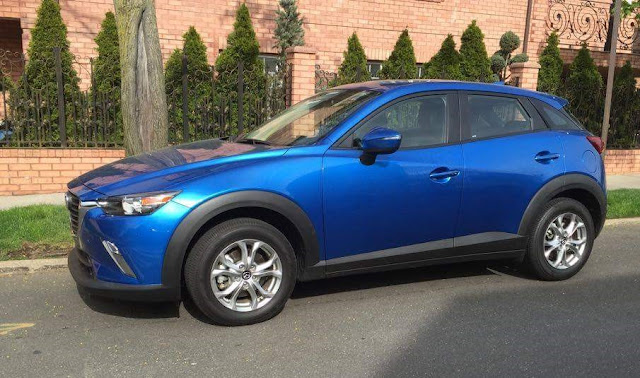 Disclosure: We were provided this car by Mazda and Driveshop USA to facilitate a review. Opinions expressed are 100% our own and no other compensation was received.

Live!
Driving into the city isn't normally a preference for the hubby but hitting the streets of New York with the Mazda CX-3 made the trip uptown to the Harlem Meer a quick, comfortable ride for everyone. Aside from being a great looking car, two highlight features of the car that Mike enjoyed while driving us from Queens to Manhattan were: 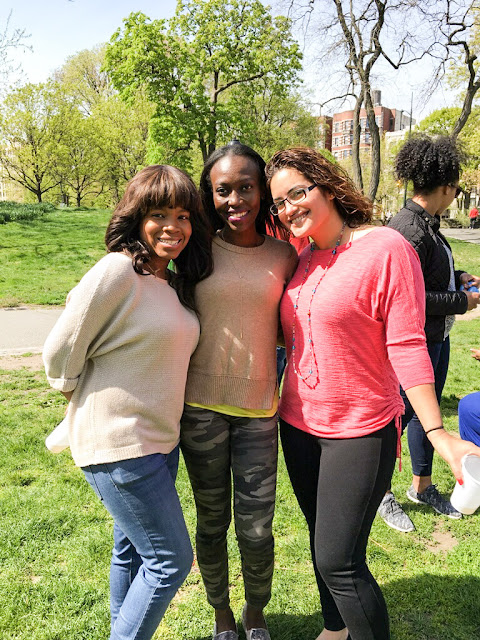 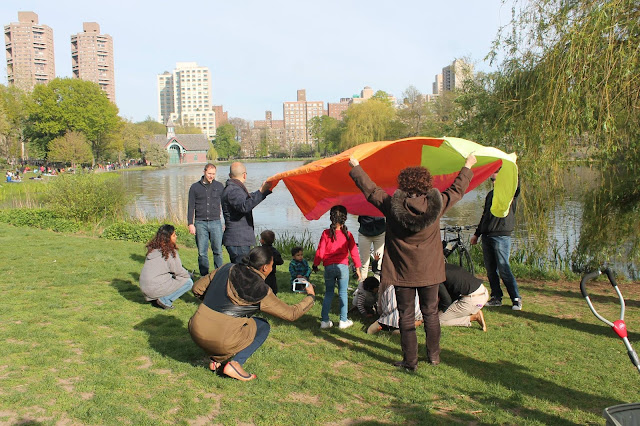 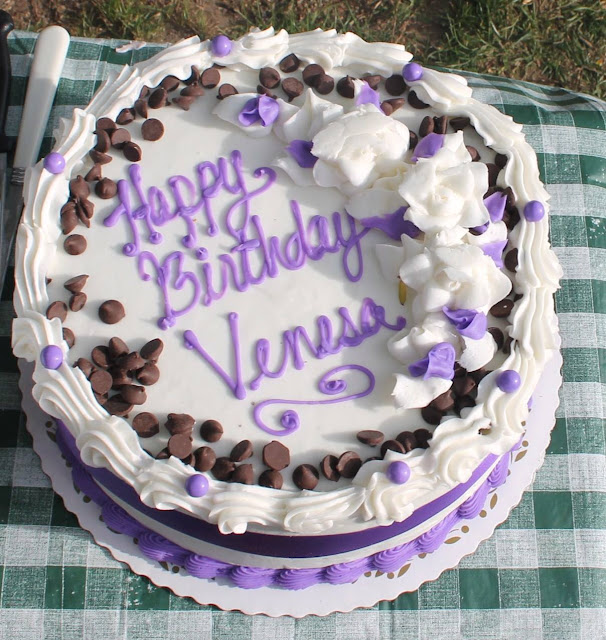 Reconnecting with girlfriends I've chilled with since High school is always good times! It was great to see a few familiar faces from our high school days, a trip down memory lane every now and then is definitely needed as we all end up caught in juggling the day to day.
With just an hour to catch up with Venesa the birthday girl, her family and our other bestie Natacha before flying off to a wedding we dug into some empanadas while we watched the next tiny generation of architects and engineers run their toddler toes through the grass while flipping mini footballs under vibrant colored parachutes. Oh to be young and carefree! 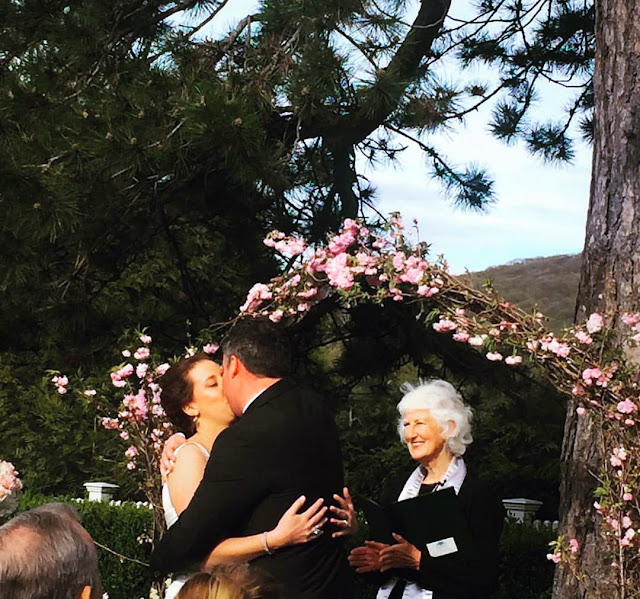 Love!
We've probably seen every Blue Sky Studio animated movie ever made {from Ice Age to Rio and Horton Hears a Who} so it was pretty adorable to witness two of their team members tie the knot. We drove through the Hudson Valley to the  Highland Country Club to witness my boss give her daughter away, which is never an easy thing for a mother to do. Can you believe we almost missed the ceremony? It was a relief to climb Bear Mountain while seated in the Mazda CX-3 as we made each turn smoothly, including the one we forgot to make initially which caused us to be late. One thing that stood out to me on our drive was just how quiet the Mazda CX-3 was as we winded each bend, the wind and road noise levels were much lower than expected. 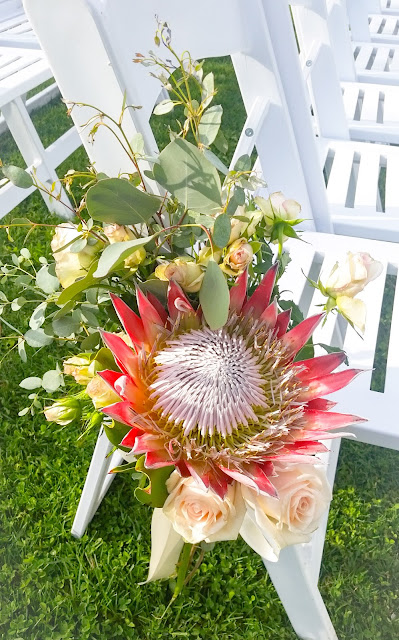 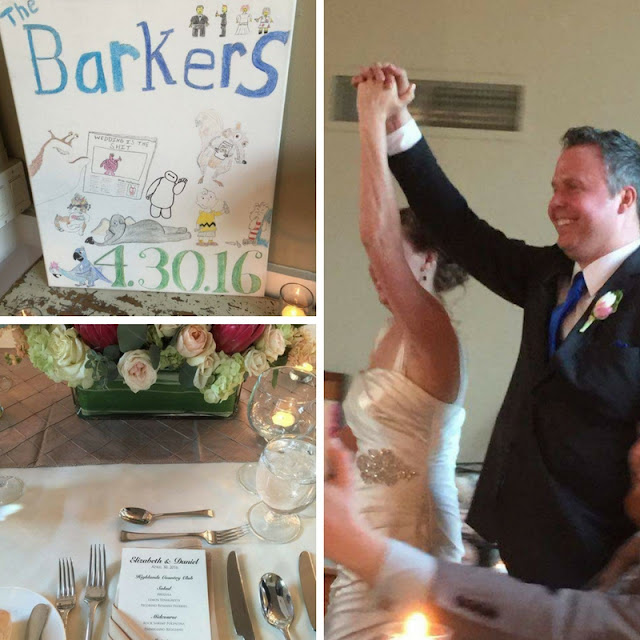 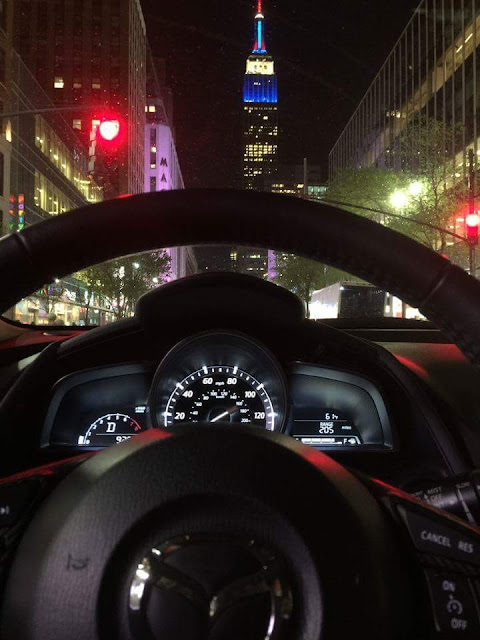 The scenery was gorgeous and many of us were mesmerized by the florasl which included a larger than life King Protea which is the national flower of South Africa, where the groom was from. On the drive back that night it gave Mike and I chance to chat up my co-worker Lorraine and her new fiance Steve who were snug in the back seat. 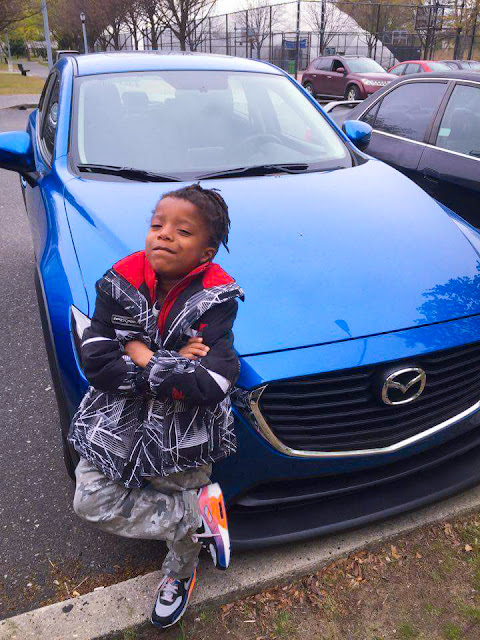 The Levels of Awesomeness in The Mazda CX-3

My boys were all the way turnt up as we made our way to the @universoulcircus in the Mazda CX-3. Stay tuned for our review of this cool & sporty ride & a few peeks at what to expect from the show. And are you following all of our fun on Snapchat? Get to it! 👻 Dellajubilation #TBT #Driveshop #drivemazda #mazdacx3 #carreview #instacars #turnup #Dab #dance #dadlife #momofboys #cars #monstersbeingmonsters #family
A video posted by Danielle (@dellahsjubilation) on May 19, 2016 at 6:12am PDT

Laugh!
There's nothing like a bit of fun and laughter spent under the big top with your favorite people, so while the Universoul Circus was running only a 20 minute drive from home at Roy Wilkins Park we knew we had to check it out. 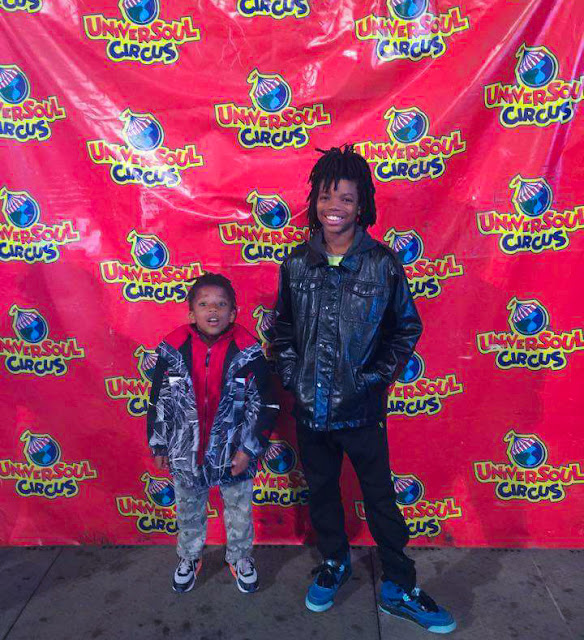 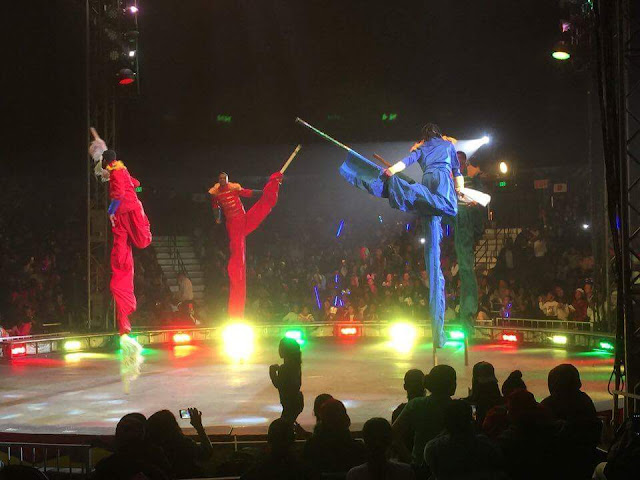 If you are looking for a circus show that will have you up on your feet dancing and clapping along to the rhythmic beats from around the world, amazed by all of the high flying stunts and humored by the silly skits performed then the Universoul Circus is a must see. The performances themselves are packed with unexpected surprises but we had no idea that Bishop Hezekiah Walker {popular Gospel Music artist and prominent Brooklyn Pastor} would be the honorary ring master for the evening, which made for a very special experience. 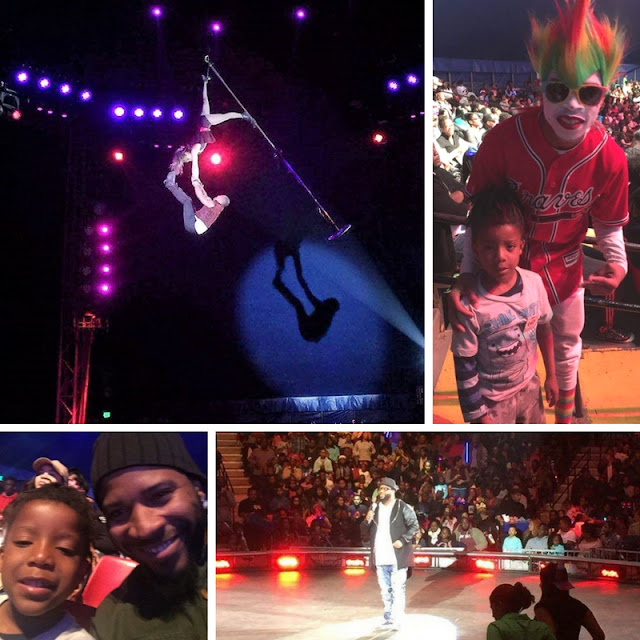 With less than 48 hours gone by, never could any of us have imagined that when we received the call that our uncle Poncho was in town for the week of his birthday, that it would be the last time we heard the faint version of his normally hearty belly laugh that would always end up having us all crack up. After such a beautiful weekend it was like our world came crashing down instantly when he sat us down to tell us he was very sick and that his lack of keeping in touch was because he was too scared to face his illness. As a family with just a day before his 65th birthday we wanted to keep his spirits high. 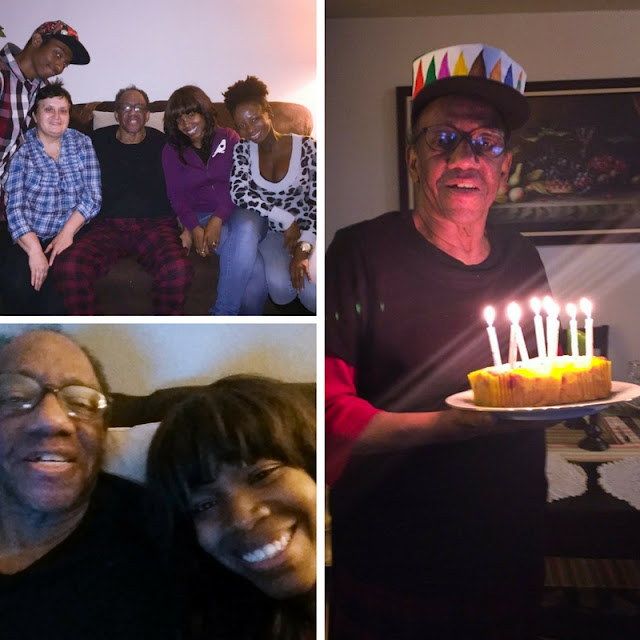 Being able to pick up an go in the Mazda CX-3 to celebrate him was such a blessing because he was a 2nd father to so many of us and with distance, traveling to see loved ones can sometimes prove to be difficult. He was the epitome of living in the moment, finding humor in everything and loving hard! Saying goodbye to him just days later & holding his hand while he took his last breathe was the hardest thing I'd ever done in my life. R.I.P uncle Poncho .

What are some key features that would be a must have for your family in the Mazda CX-3?