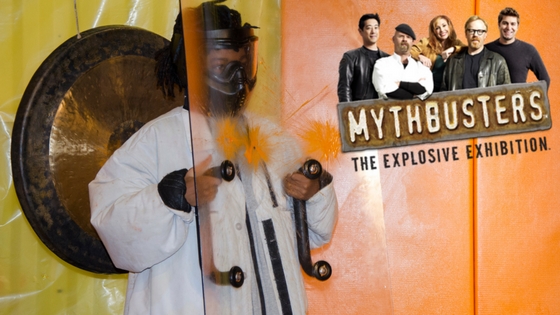 "Science isn't just for scientists and people in lab coats - it's something that everybody can do everyday", those words sound like something my MythBusters loving husband would say but this was in fact the sentiment of Dan Tapster, Executive Producer of the Discovery Channel Show "MYTHBUSTERS". As a former elementary and preschool teacher and a mama to two boys one in grade school, the other in middle school I couldn't agree more. Children should recognize lessons on science in the world around them and the daily activities they partake in. The New "MYTHBUSTERS, Explosive Exhibition {running through September 2017} at the Liberty Science center encourages an interactive, hands on experience that will inspire curiosity in kids of all ages.

Thanks to Momtrends and the Liberty Science Center I was able to take my brother and tween son CJ to check out the new exhibit and it was Amazing! 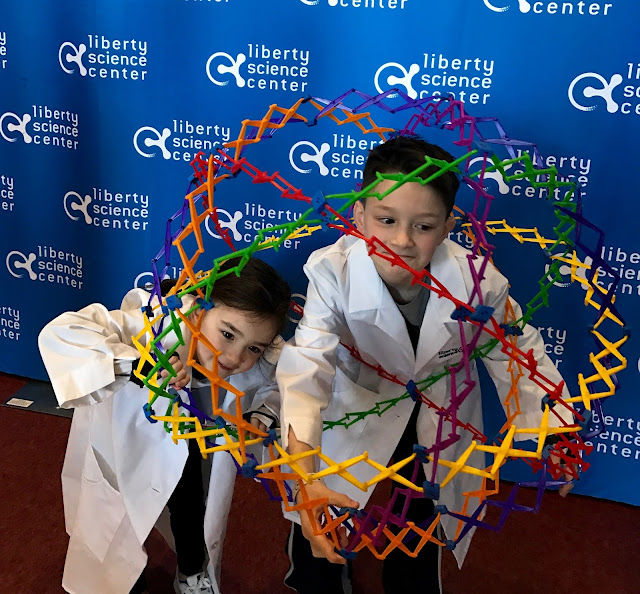 If you aren't familiar with the popular show you should check it out because it has such a unique approach to getting it's viewers to ask deeper questions as they use scientific method and ingenuity to debunk myths and urban legends. Today the Mythbusters have tested more than 800 myths and conducted 2,500 experiments and several of them were recreated after 5 years of research and testing to bring visitors of the Liberty Science Center one of the best indoor museum exhibits we've ever seen. 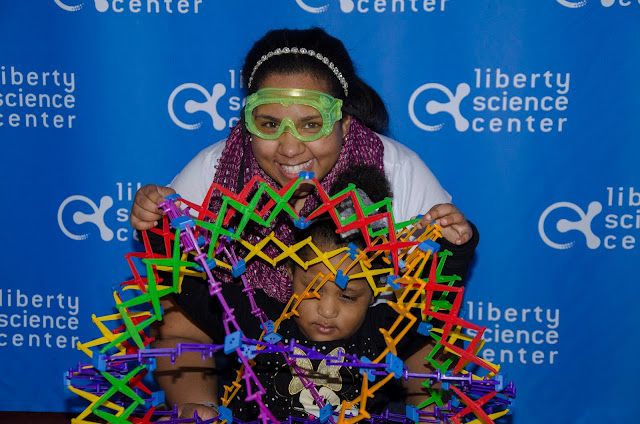 It's one thing for a child to read about science in a book, but when given the chance to witness it happening live before your eyes or while doing some hands on investigating, what could be better? 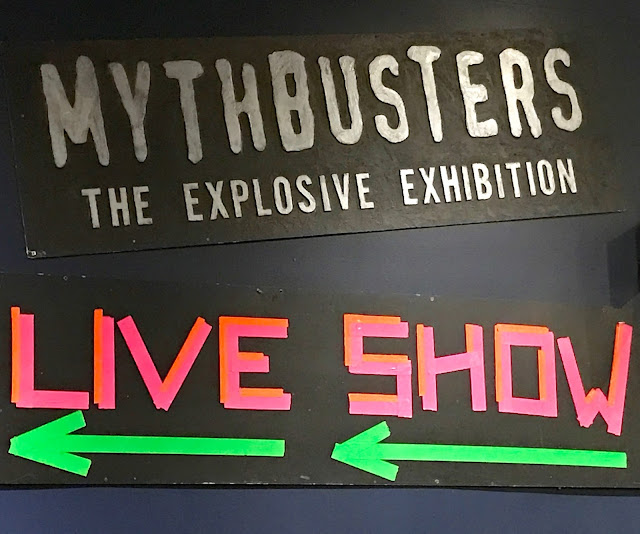 Can a human dodge a bullet traveling up to 170 miles per hour? 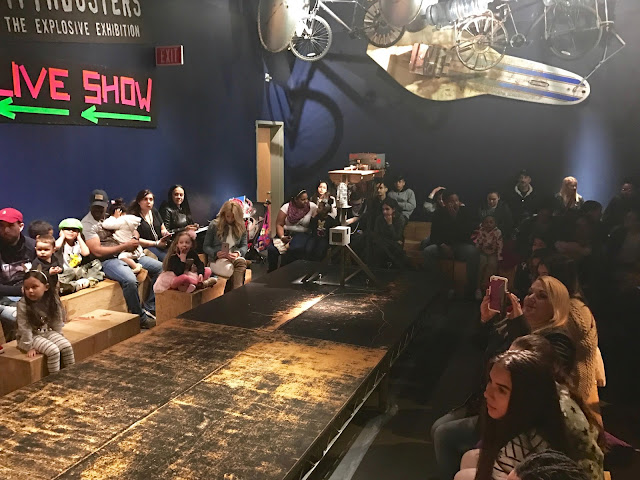 Before the live show at the Exhibition began on the demo stage our hosts needed to find a few brave volunteers who wouldn't mind testing out a hypothesis that involved being shot with paintballs. And of course, who's daredevil kid raised his hand, yepp of course my oldest son CJ was up for the challenge all in the name of science. I'll admit, after needing to sign a waiver for him to participate I was a tad bit freaked out and he was too. 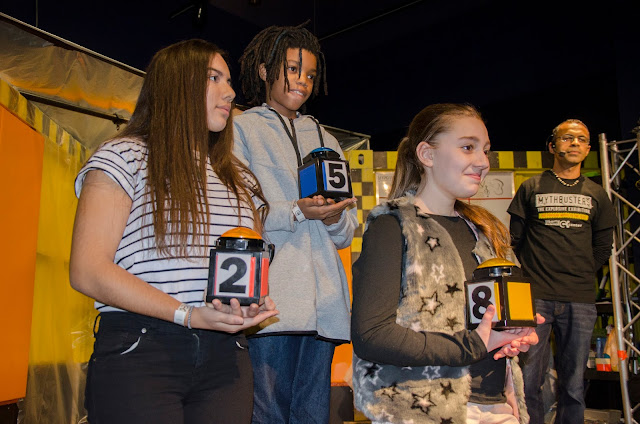 One of three kids to participate would get the chance to participate in the actual show after testing out their reflexes with a few light and sound challenges using a quiz show buzzer. The young lady who used buzzer #8 was quick to tap it when cued by a light signal at .5 seconds and CJ clocked in only one second faster at .4 seconds when cued by a loud sound and was chosen to see if he'd be able to dodge a bullet.

What do you think? Is it Possible, Impossible of Plausible? 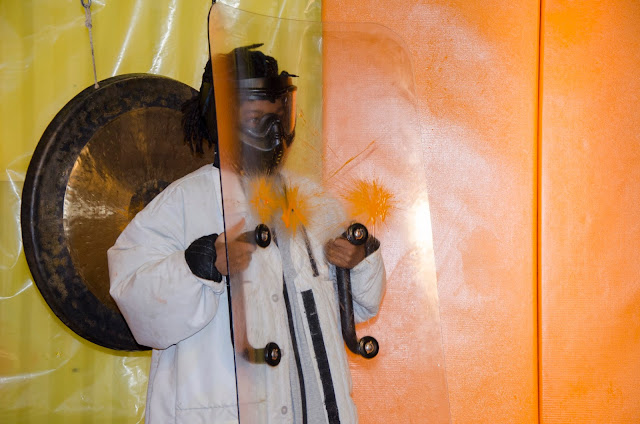 DON'T TRY THIS AT HOME!

The live show was great because the audience was able to ask questions and it definitely seemed to highlight  what Mythbusting is all about - learning, excitement and danger!

After the live stage show we headed into the exhibit which featured more than 100 original props, tools, interactive videos and illustrations that were used by the show's Mythbusters themselves. There are about a dozen interactive experiments that may be familiar if you watch the show, while others were brand new.  We made our way through the exhibit and started in the blueprint room which is where the mythbusters create visual maps and lay out their plans step by step. 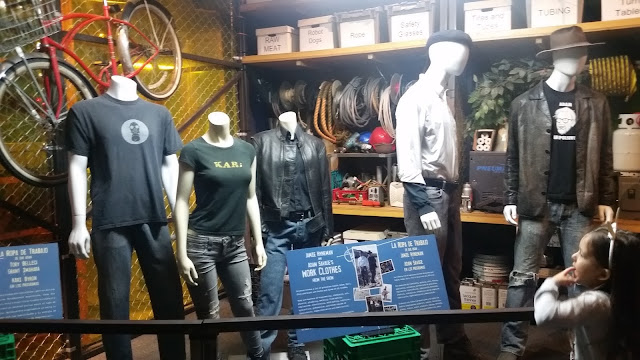 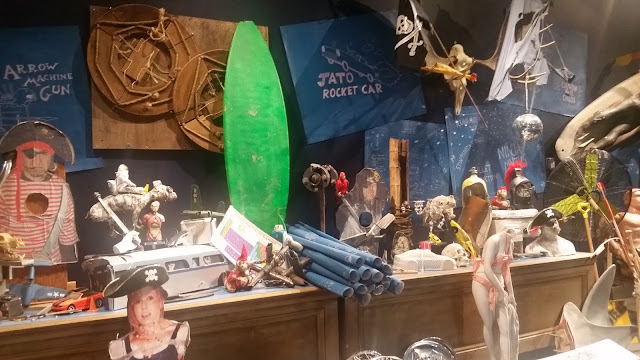 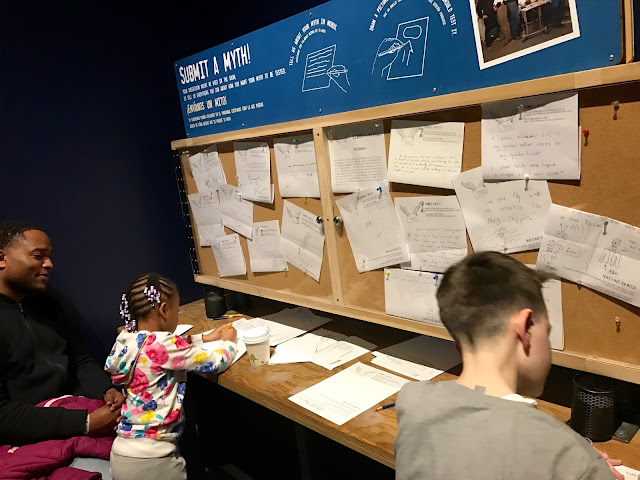 Here's a look at some of the myths that you'll get a chance to try and solve, be prepared to have a lot of fun and for your kids to beg you to stay! 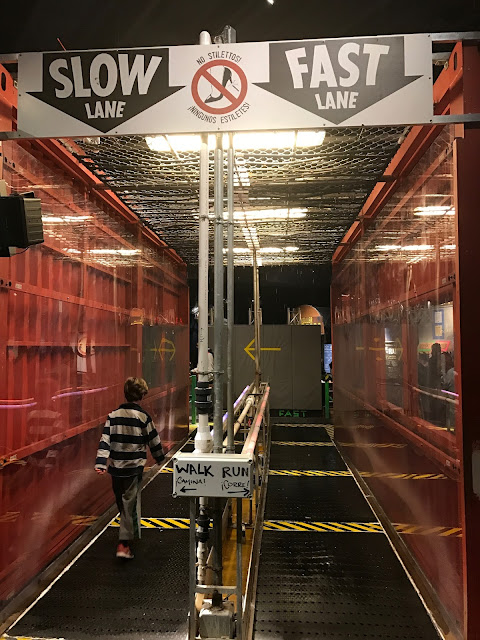 Myth: You'll Stay Drier Running in the Rain than Walking 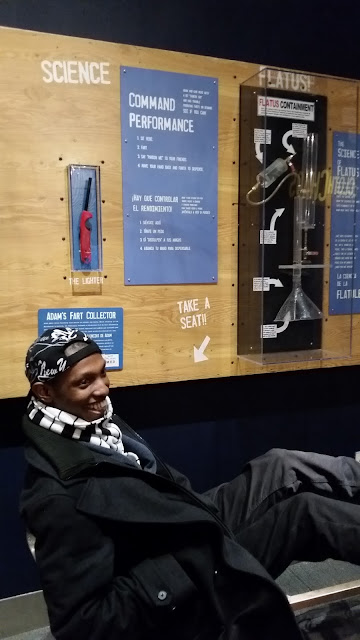 Myth: It is Easy to Fart on Command 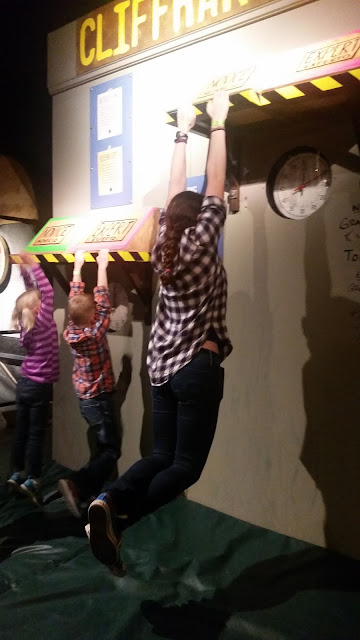 Myth: You can Hang off a Ledge For as Long as You Want 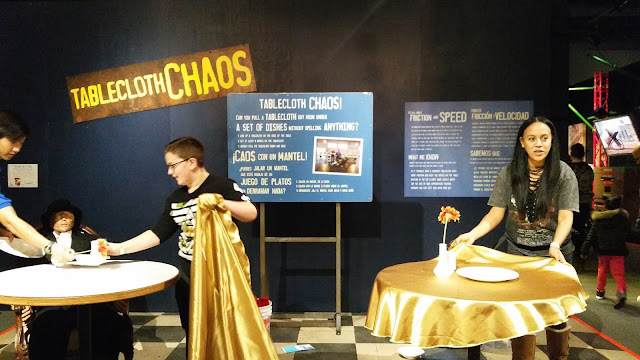 Myth: You can Pull a Tablecloth out From Under a Table Setting Without Disturbing any Plates, Cups or Silverware. 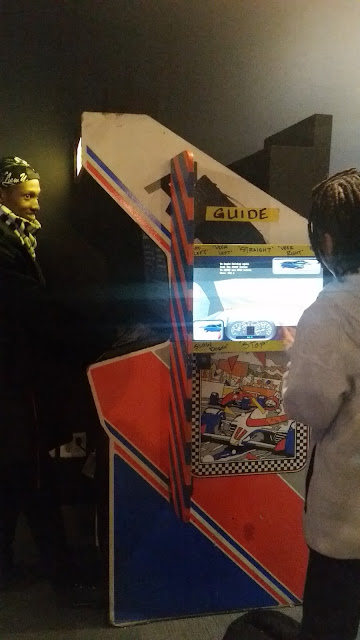 Myth:  You can Drive Safely without Seeing the Road If You have Someone's Help

This Mythbusters Explosive exhibit is surely one not be missed so make sure to plan a visit to the Liberty Science Center with the entire family!