Disclosure: This is not a sponsored post but we were given passes to attend and to facilitate this giveaway. Opinions expressed are 100% my own.

Countless weekend hours were spent by my boys kneeling on the floor as they pushed around mini hot wheel figures of their favorite Disney Pixar Cars characters. The Cars movie franchise is one that our kids have grown up loving and watching over and over, each time being just as entertaining as the last. We've been trying to contain our excitement as we countdown to June 16th when Disney Pixar's Cars 3 races into theaters nationwide.

Just last month my girlfriend Marta and her hubby took their gaggle and our lil' monsters to the Road to the Races Tour at Atlas Park to check out the cars, preview a snippet of the movie and more. I can admit that I was pretty bummed that the hubby and I couldn't see our boys reactions to seeing the race cars in full size. We can only imagine how hyped they all were when they stepped inside of  the long tractor trailer that featured a pretty cool movie theater for guests to view clips before it's release. 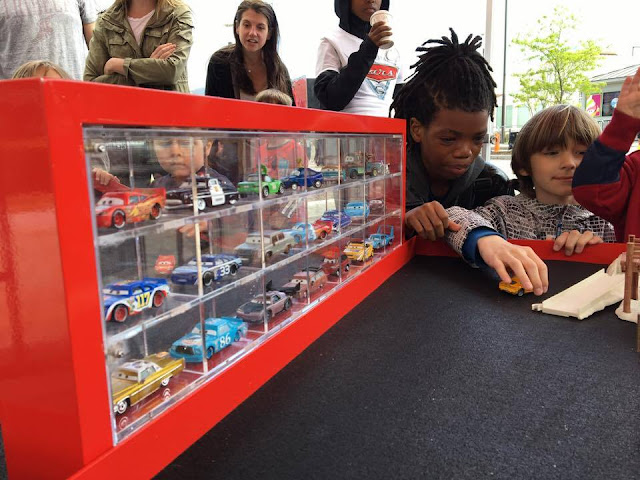 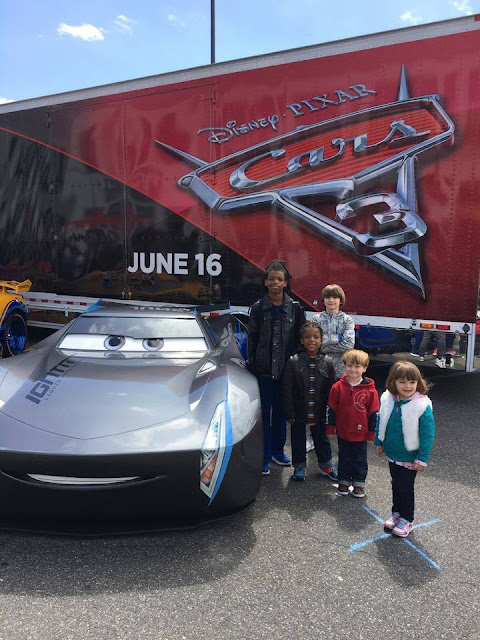 Blindsided by a new generation of blazing-fast racers, the legendary Lightning McQueen (voice of Owen Wilson) is suddenly pushed out of the sport he loves. To get back in the game, he will need the help of an eager young race technician, Cruz Ramirez (voice of Cristela Alonzo), with her own plan to win, plus inspiration from the late Fabulous Hudson Hornet and a few unexpected turns. Proving that #95 isn’t through yet will test the heart of a champion on Piston Cup Racing’s biggest stage!

Lightening McQueen has met his match and is returning to the speedway this month to face off against a race car unlike any other he's faced on the track. Like anything shiny and modern, Jackson Storm is definitely one cool ride with fancy features and speed but does he have the smarts to take on the legendary #95?

Check out the latest "Rivalry" trailer and grab your tickets below.

We're offering fans of Disney Pixars Cars 3 tickets to an advanced screening of the movie here in NYC. All you have to do is enter the giveaway below * Make sure to complete the mandatory entries to unlock the form to fill out your ticket request. Tickets are given on a first come first serve basis - limited to 3 max. Open to entrants ages 18+*