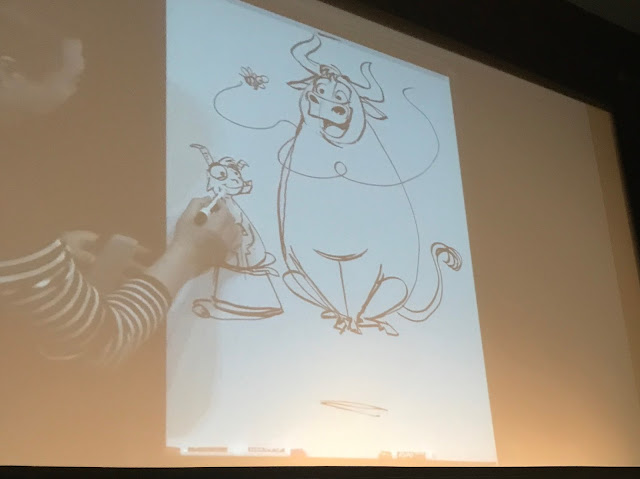 As part of the The Film Society of Lincoln’s Center’s, MY FIRST FILM FESTIVAL at the beautiful Walter Reade theater in NYC, we were luckily invited to meet the director of fan favorites Rio and the Ice Age trilogy, Carlos Saldanha, whose newest project is the upcoming 20th Century Fox release "Ferdinand" and had the chance to sit in on a master class on how to draw the famed director's future animated film star.The evening proved to be a wonderful experience for everyone as the kids were able to see a director's cut sneak peek into the movie, and we got to meet some of the voices for the characters. Set in Spain, FERDINAND explores fundamental life themes such as “kindness”, “embracing diversity” and “BULL-living you can achieve anything.” 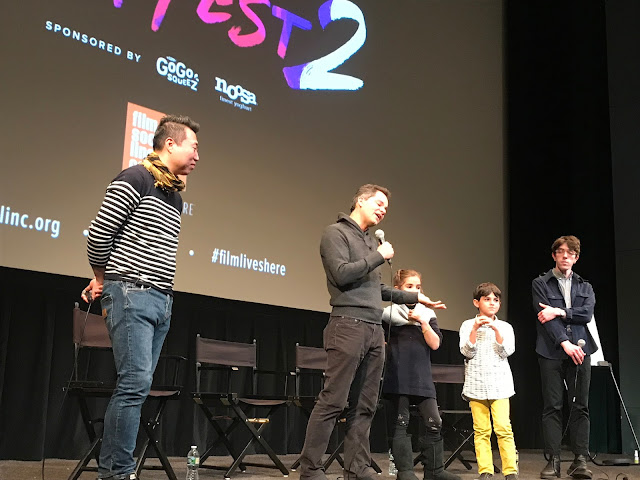 As a dad, this was fun for me because it turned out that Saldanha's children both had voice roles in the film. I am always making sure my daughter understands that any job, career, life path is possible for her and having her see a little girl and boy around her age doing such things helped to emphasize the theme of such efforts. Saldanha took questions from the kids, sometimes deciphering their jumbled thoughts from mixed words as all parents do and gave thoughtful, complete answers. It was cute to see siblings who would repeat each others questions just for the chance to participate in the Q&A. I tried to get my daughter to ask a question or two but right now we are dealing with a little, low voiced shyness so I left her alone. 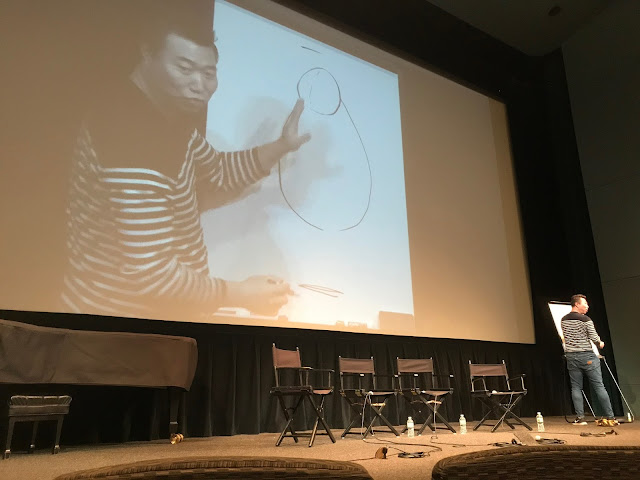 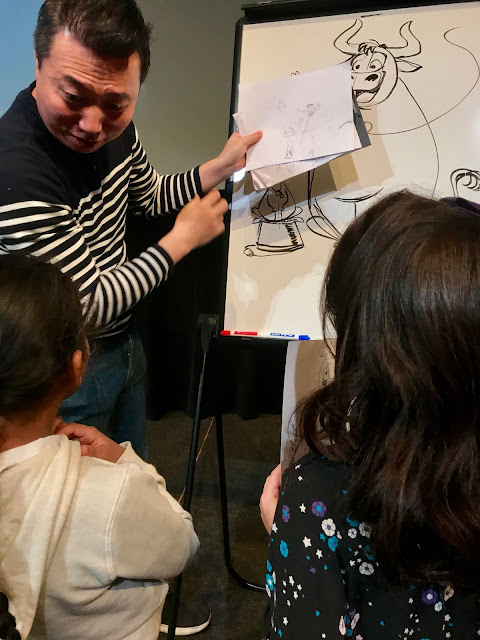 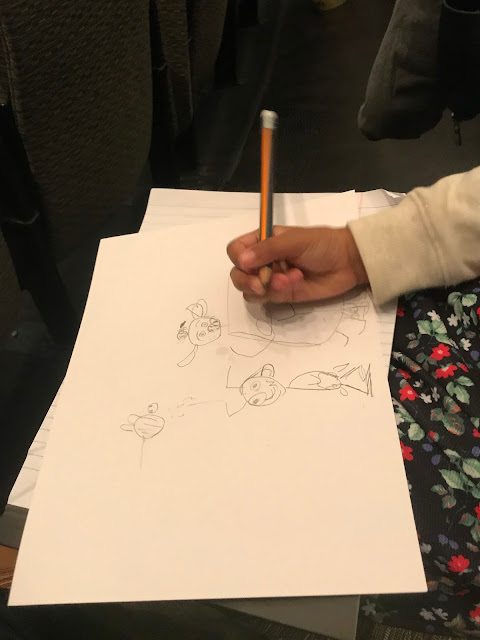 Once the questions were over, the animator, one of almost 400 people that it took to make "Ferdinand", took us to school. All of us were provided with a brand new bull sized pencil and drawing paper. Our teacher stood in front and we followed every step of his drawing Ferdinand and one of the many funny characters he meets in his adventure as the nicest bull around.

The event was a fun and creative way to give kids a peek into the behind the scenes work and the people who spend years making movies for us. I am all about arts and crafts for my daughter, so I was happy to see how the master class allowed her to focus on her drawing efforts. Ferdinand is a great, classic children's story that has now been re-imagined by Saldanha and is sure to be a hit this holiday season! "Ferdinand" is in theaters December, 15th.

SYNOPSIS: FERDINAND tells the story of a giant bull with a big heart. After being mistaken for a dangerous beast, he is captured and torn from his home. Determined to return to his family, he rallies a misfit team on the ultimate adventure. Set in Spain, Ferdinand proves you can’t judge a bull by its cover.

From Blue Sky Studios and Carlos Saldanha, the director of “Rio” and inspired by the beloved book “The Story of Ferdinand” by Munro Leaf and Robert Lawson, “Ferdinand” is a heartwarming animated comedy adventure with an all-star cast that includes John Cena, Kate McKinnon, Gina Rodriguez, Anthony Anderson and many more.

Enter Below to get tickets - please note you must arrive early as seating is not guaranteed and tickets {Maximum of 4} are given on a first come first serve basis.

Dad Contributor: Sergio G. has a daughter and works daily to cohesively co-parent with her mother here in NYC. He is a CUNY graduate with a bachelor's in Public Administration and a minor in English. He works at a NY accounting firm during the day but his passion lies in the arts.
Posted by Dellah at 7:32 AM