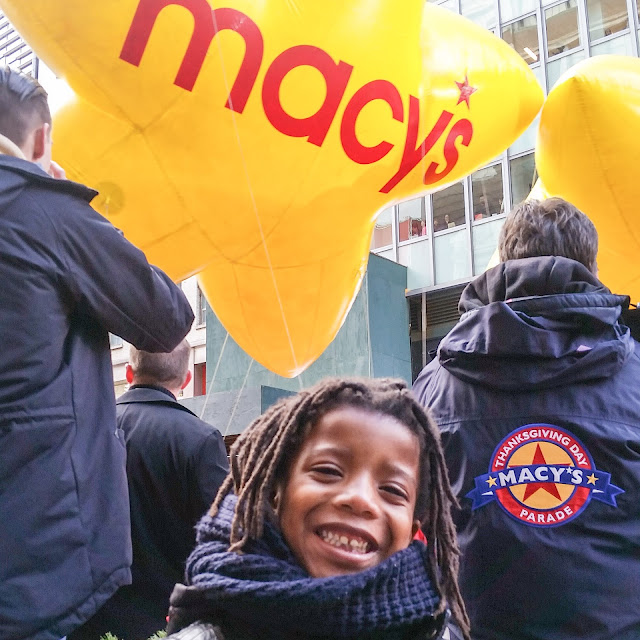 Before we can even think about digging into my hubby's or mama's mouthwatering, food-coma inducing holiday meal for lunch {LOL, yes I said lunch because it's rare that we actually start eating later than noon and by dinnertime some of us may be on our third helping} there is one activity that is an absolute must and that's watching the magical Macy's Thanksgiving Day Parade.

This year marks the 91st year and there's always new floats, balloons, and appearances to get excited about. Since the hubby isn't a fan of crowds and he prepares the holiday feast, he gets a pass on attending, so I'm left debating whether or not the boys and I will see it all up close or from the comfort of our pj's at home this time around.

There's really nothing like experiencing the parade in person with the millions of kids of all ages who eagerly await to kick of the festivities of the season. When we were little my parents or our mom and her best girlfriend would bundle my younger sister, brother and I up, pack thermoses of hot chocolate and we'd hop on the subway headed Uptown from Queens. Once we got into the city we'd find a sidewalk curb close to the start of the parade and a fast-food place with a restroom nearby to camp out near until the iconic parade began.

Whether it was 32 degrees out or raining and even if we had to stand on the metal banisters or sit on an adult's shoulders the entire time, going to the parade made for some of the best childhood memories ever! We couldn't stop smiling as we watched our favorite television characters as larger than life balloons soaring above us. I guarantee that we were belting out songs along with our crush of the year boy bands and talented theater casts who performed trendy hits on each detailed float. 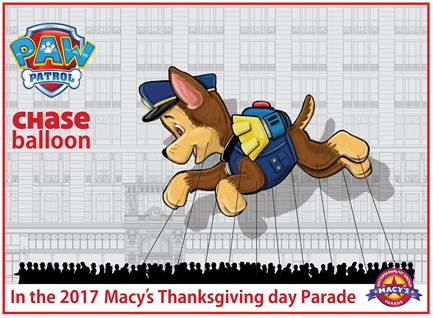 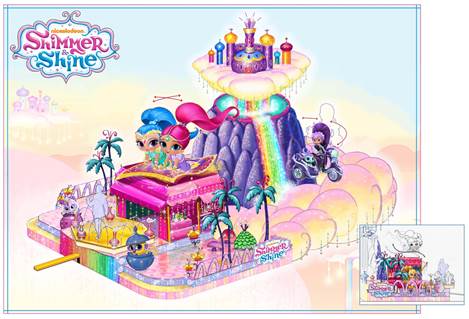 For it's 91st year Macy's will bring a paw-some pup and genie magic to New York City on Thursday, Nov. 23, 2017 with the debut of a brand-new PAW Patrol character balloon and Shimmer and Shine float, based on the hit preschool series. Heroic rescue pup Chase from the animated series PAW Patrol, produced by Spin Master Entertainment and broadcast on Nickelodeon, will soar through the New York City skies for the first time as a high-flying giant balloon. In addition, the vibrant Shimmer and Shine float will bring the magical genie land of Zahramay Falls and the beloved characters Shimmer and Shine to life for more than 3.5 million spectators lining the route and more than 50 million viewers nationwide. 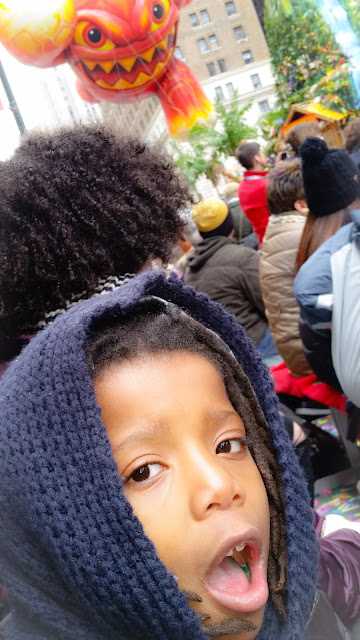 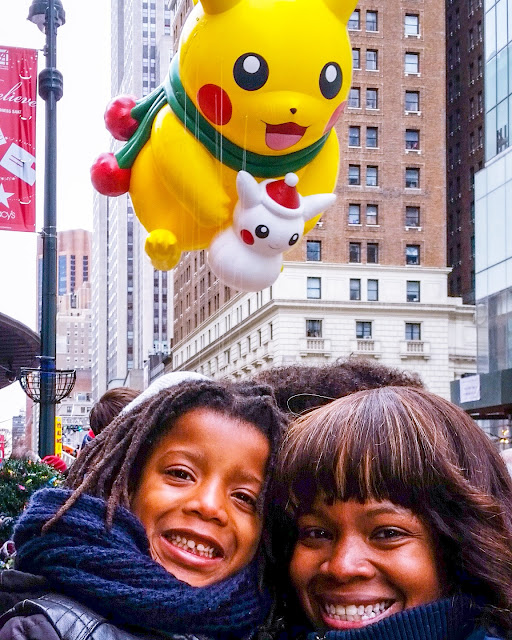 The Macy's Thanksgiving parade has been a family tradition that I always knew I couldn't wait to share with my own lil' monsters. Lucky for us, last year thanks to the appearance my oldest son CJ made on the Today Show with Toy Insiders, the Skylanders Imaginators Team gifted us with two tickets to watch from the stands in front of Macy's where all the televised performances happen. Held up on the blue police barricades by another viewer and myself, years ago CJ had the chance to experience the parade for himself, so he thought since he was older now that I should take Tristan. 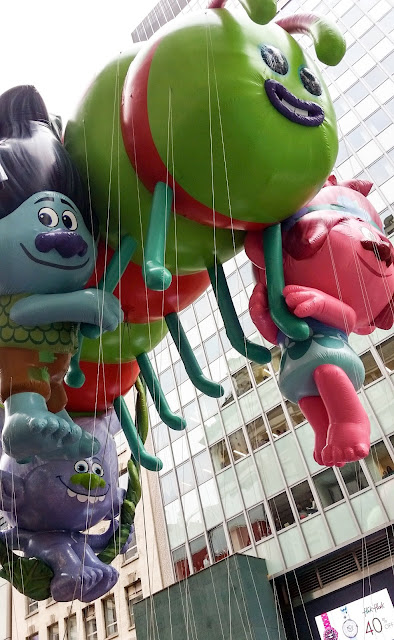 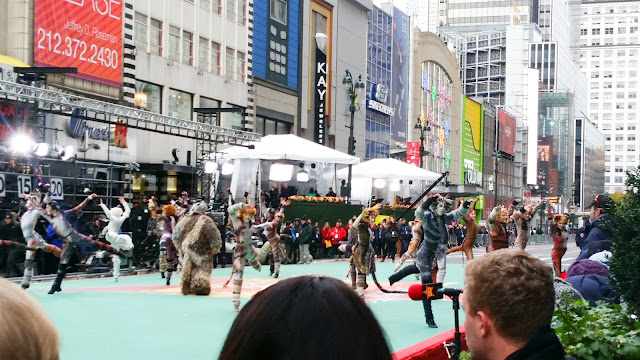 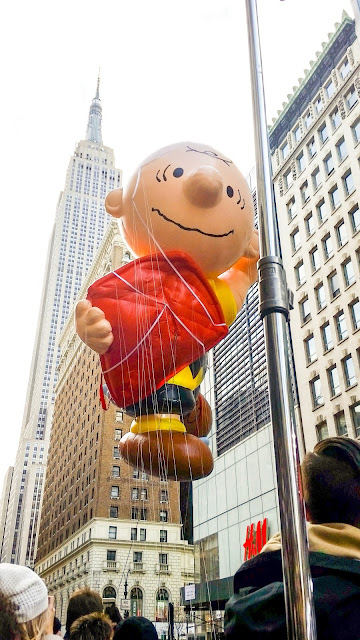 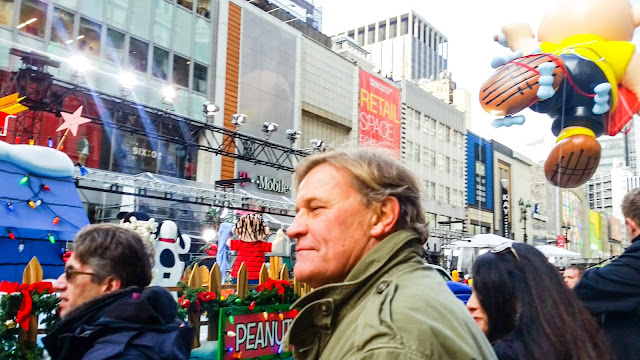 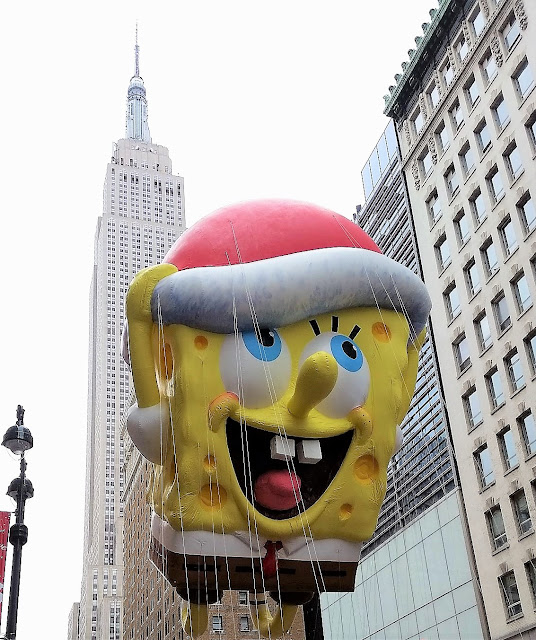 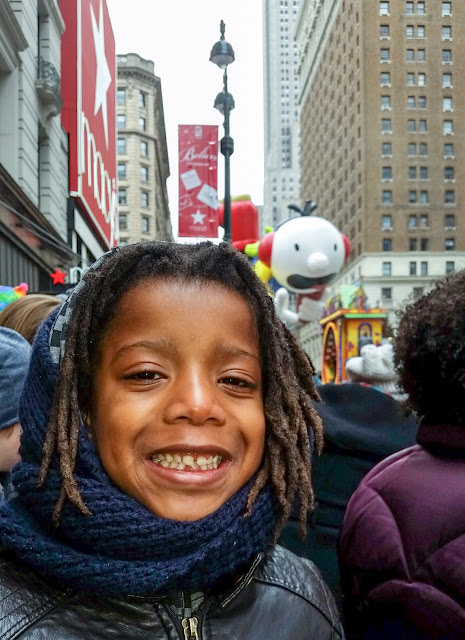 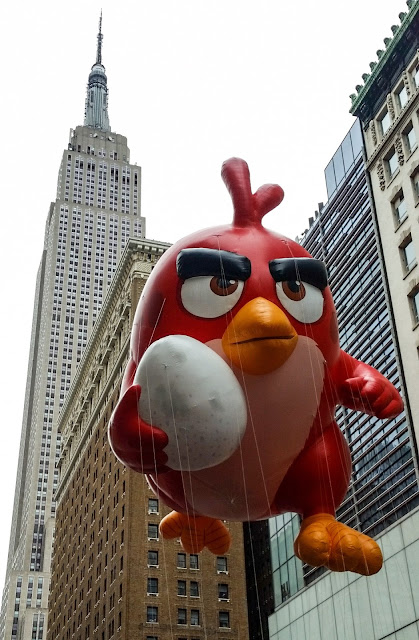 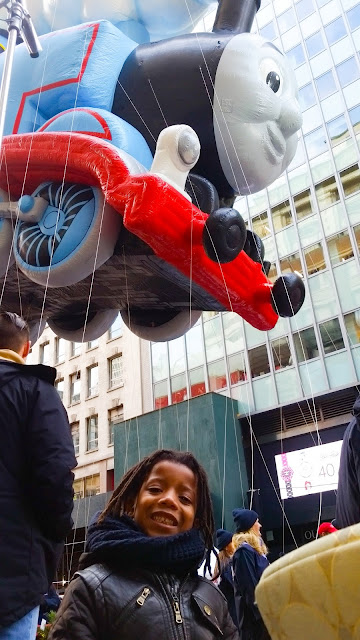 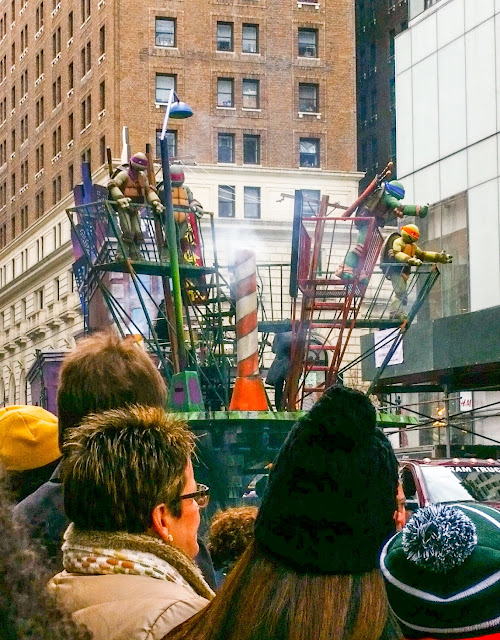 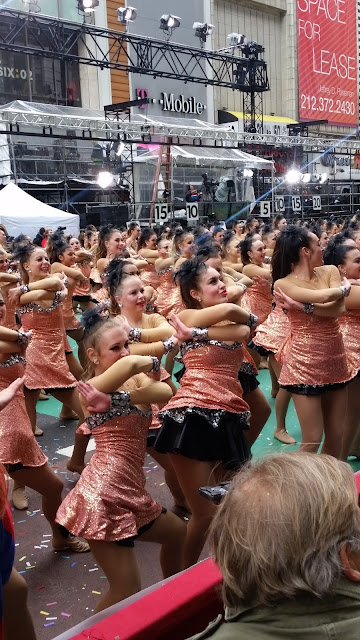 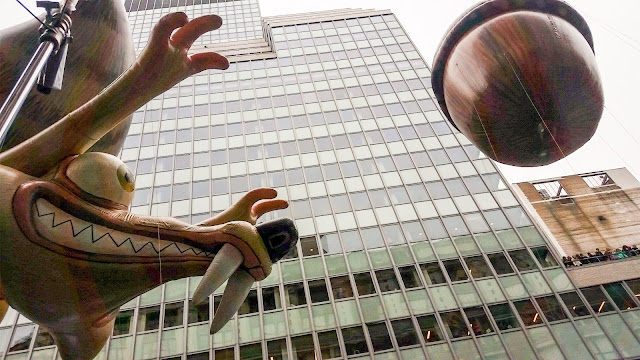 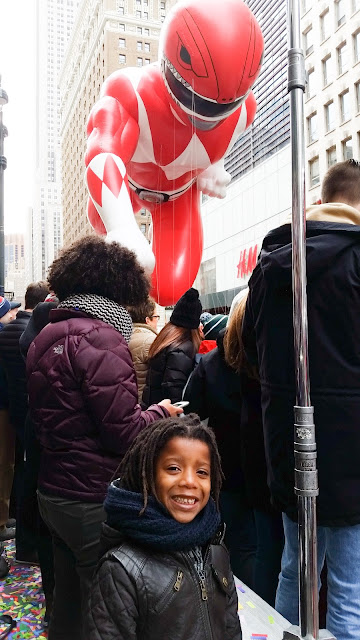 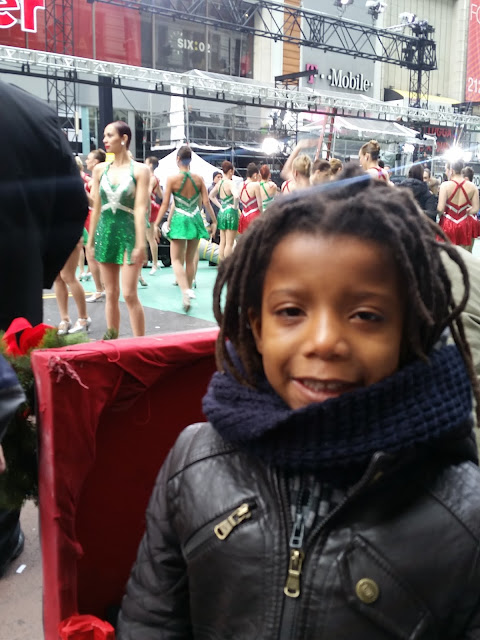 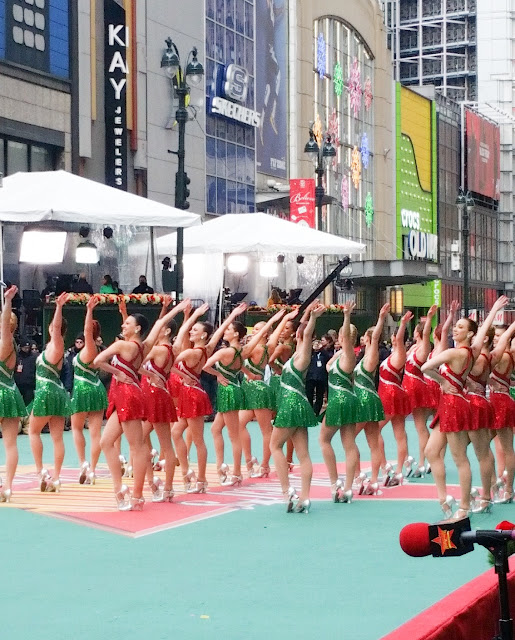 Since I'm always behind the camera and on social media I tried to truly live in the moment and missed snapping pics of The Muppets opening performance and Santa's arrival but none of that could top the cheeseball small on my lil' monsters face when it was all over. It was such a fantastic morning and nothing like when I had gone as a child. I tried to convey to Tristan just how special the day was because it wasn't something that everyone gets the chance to do.


The 91st Annual Macy’s Thanksgiving Day Parade airs nationwide on NBC-TV, on Thursday, November 23rd 2017 from 9am to noon; in all time zones.

Where will you be watching from and which float or balloon are you excited to see?