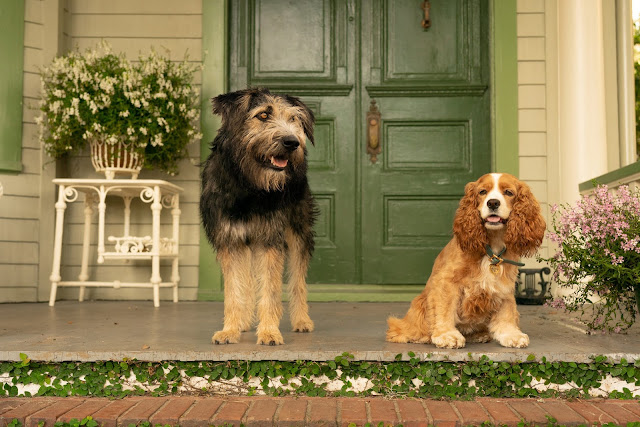 I'll be the first to admit that I'm easily distracted by dogs, large and furry ones, stubby-legged ones with big floppy ears and even the scraggly looking ones with a lot of heart - I really don't discriminate. Looking back on pictures of me visiting my Grandmother on the Lower Eastside, I seemed really happy in the photos that included her German Shephard Nija who was practically double my height when she got on her hind legs. From stories told to me, there really is something to be said for a loyal dog, she was my protector and always by my side.

It wasn't until my first time seeing Disney's animated classic Lady and the Tramp that I most vividly recall really wanting a particular type of dog. American Cocker Spaniels were everywhere I looked in our Queens neighborhood and I begged my parents for one even though I knew the answer would be no without a hint of hesitation.

One of my best friends in grade school had gotten the most gorgeous cinnamon brown Cocker Spaniel and I remember being so upset at my mom and dad for refusing to let me have one. My wishlist to Santa even included a new pup, and year after year I was pretty disappointed that there wasn't a surprise wrapped in a pretty hatbox under our Christmas tree. Eventually, they agreed to let me have an adopted cat named Little Bit who I loved bunches but I knew as an adult I'd always end up with a shelter dog of my own. 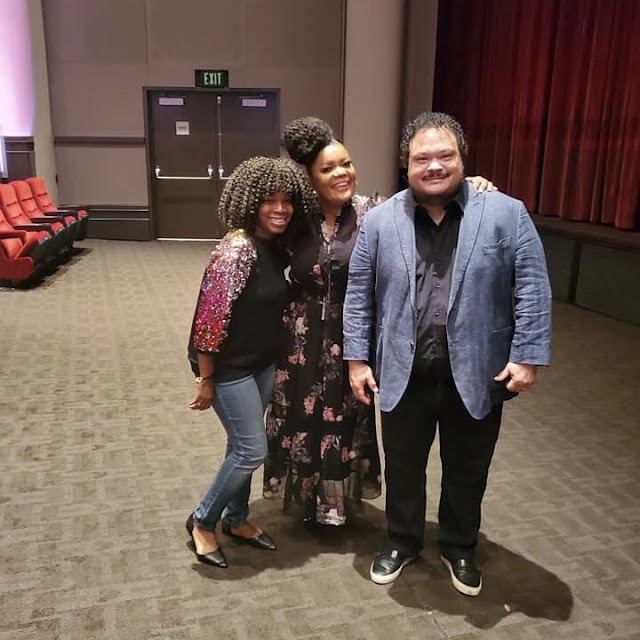 During the Geekly Retreat, we had an incredible opportunity to screen the new Disney Plus original Lady and the Tramp which would later launch on Disney plus on Nov 12, followed by an interview with actors Yvette Nicole Brown who plays cat-loving aunt Sarah and the misunderstood Dogcatcher played by funnyman Adrian Martinez. I was so ready for the nostalgia of this iconic childhood movie and to see if the remake would be just as good.

In this romantic adventure that pulls at your heartstrings, live-action and photorealistic animation are combined in such a natural way you'd honestly believe every moment is the real deal. “Lady and the Tramp” stars: Tessa Thompson as the voice of Lady and Justin Theroux as the voice of Tramp; Kiersey Clemons as Darling; Thomas Mann as Jim Dear; Janelle Monáe as the voice of Peg; Yvette Nicole Brown as Aunt Sarah; Adrian Martinez as the dogcatcher and Sam Elliott as the voice of Trusty.

About Lady and The Tramp:

In Disney+’s “Lady and the Tramp,” a timeless retelling of the 1955 animated classic, a pampered house dog and a tough but lovable stray embark on an unexpected adventure and, despite their differences, grow closer and come to understand the value of home. 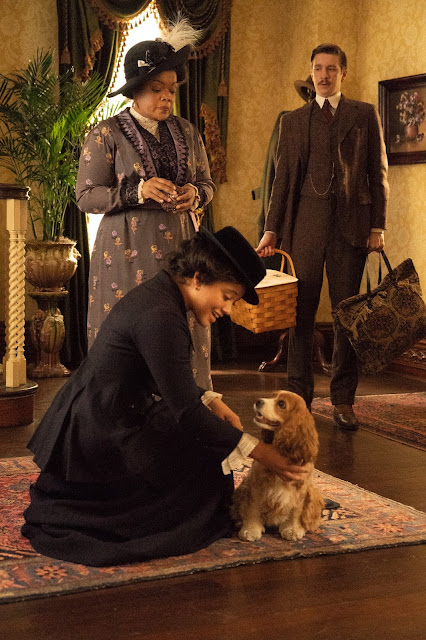 It was the comedic talents of Yvette Nicole Brown (“Community,” “500 Days of Summer”) that made her the filmmakers' first choice to cast her as Aunt Sarah, the narrow-minded, dog-hating relative of Darling. During the interview, Yvette discusses having to pretend to not be a dog lover and adopting one of the dog doubles "Harley" as her first dog. 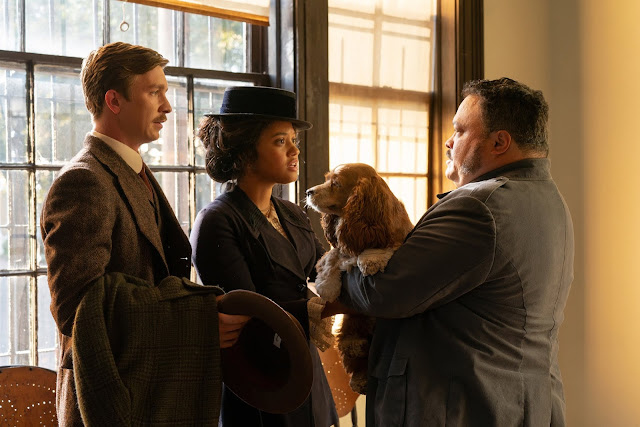 Casting The Pups & The Importance of Pet Adoptions

When it came time to find dogs to embody the beloved characters on screen, the filmmakers turned to veteran animal trainer Mark Forbes. Up first for Forbes was finding the perfect Lady and perfect Tramp, and it was so important that they find two dogs who closely resembled the iconic characters from the 1955 film. “We had to get it just right,” explains Forbes. “We wanted to find the best-looking dogs but also ones who had worked before or been trained.

“Casting these dogs was one of the most stressful, but also one of the most moving parts, of making this movie,” says director Charlie Bean. “We needed dogs that best represented the animated versions, but we were also hoping to find rescued animals.” As a result, the Disney team, filmmakers and Forbes searched high and low for dogs in need of rescue or adoption to play the parts. “It is not only the right thing to do, but the message really aligns with the messages in this story,” says Forbes. “This is a story about discovering the meaning of family and, despite all the odds, finding your way back home to the ones that love you. We wanted to try and find homes for dogs that may otherwise have not been adopted.” 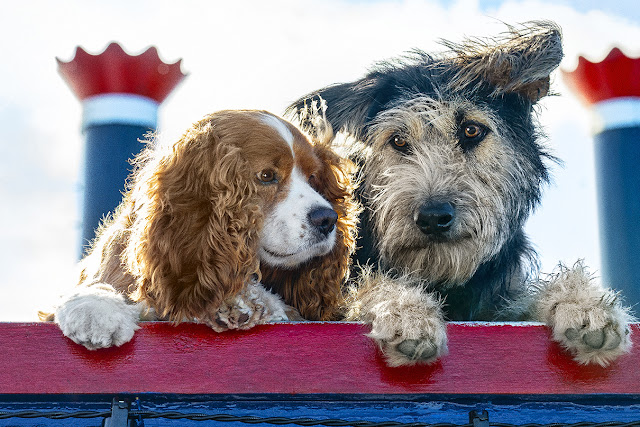 For Tramp, the charming street smart loner, the filmmakers' cast Monte, a mix of breeds (most likely schnauzer and shepherd), who entered their lives at the perfect time. Monte was wandering the streets and rescued by a shelter in New Mexico before being pulled by an animal rescue group in Phoenix, where Forbes found him. After casting him as Tramp, he went one step further and adopted Monte himself. “Monte is not necessarily what you would call a tramp…he's much more of a rascal,” says Forbes. “He’s a goof and he loves to chew on everything, but he's also a lot of fun because everything with Monte is about ‘hey, let’s have fun doing this.’ It’s not about work with him, it’s always about play.”

A bright-eyed American cocker spaniel from Texas named Rose was cast as Lady.  Rose not only fit the part physically, but she also had the right personality since she was raised as a prized hunting dog. Rose’s owners had begun looking for an alternative home for her where she would continue to be stimulated and active when Forbes found her. “Rose has been hunting since she was a puppy, so she has a very intense personality,” says Forbes. “She’s a pistol and she needs a lot of attention and likes routine, so she was perfect for this role.” 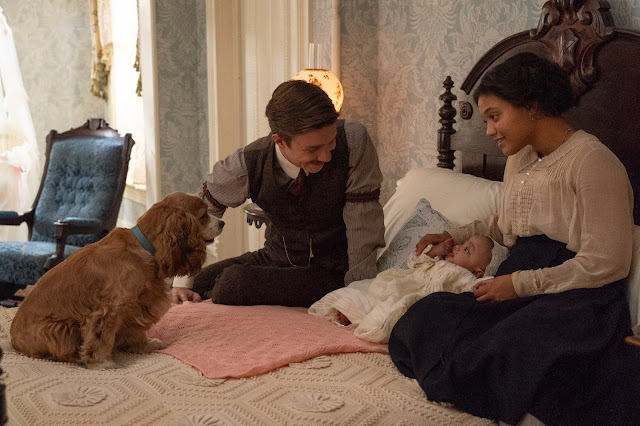 When our oldest son was just 3 years old we decided to adopt our first dog Sonic from Northshore Animal League and he was truly the perfect fit for our family. We had no idea that ironically our new Fox Terrier mix would be just as lightning fast as the iconic videogame hedgehog.

Two years later we had our second child and I remember being frustrated with finding Sonic's porcupine quill-like hair stuck on everything from the baby bouncer to our infant's tiny onesies. Contrary to what most believe of terriers, he was really laid back so I was never truly worried about him losing his cool with the boys.  I was more concerned with his own safety and two rambunctious kids running through our small NYC apartment.

Five years later and I don't know what possessed us to get a second dog, our mini bully Nutella is anything but chill! She's our feisty, cuddler who needs all of our attention and then some. We were gifted her by my brother in law and she was deemed our youngest's dog. Well, after the first year with a brand spanking new puppy I honestly was at my wit's end Persevering with chronic autoimmune disease as an entrepreneur and running after 2 kids and 2 fur babies ain't easy. With Mike working nights I can admit I've teetered on the idea of putting Nutella up for adoption. 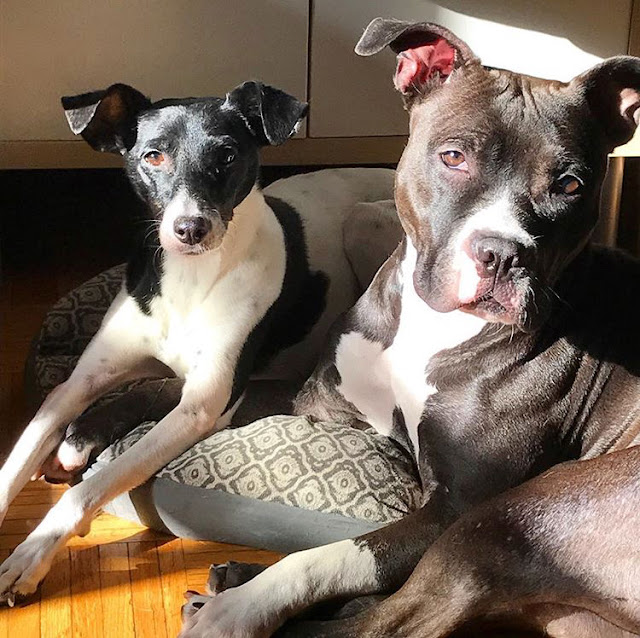 Actress Yvette Brown brought up a valid point during the interview that I don't think most people consider before getting a pet, especially a dog:

" I think people get pets for themselves, forgetting that this is also a creature that has a life and feels things as well. So you have to be really honest about how much time you have. The space you have in your home. The money you have if something were to go wrong because they're very expensive, animals are expensive. It's such a big life decision to make on a whim. I call him (Harley) my son, no disrespect to anyone that is a mother. But the care and the love that I give this creature is what I imagine a mother would give to their child, right?

And so you would not have a kid willy nilly. You wouldn't just go out one day and bring a kid home tonight. You'd make sure you had a crib and you would make sure that you had food and you make sure you'd have diapers and you'd read some books on how to care for a child. It's the same level of attention to detail you should put into having a pet any kind of pet but especially a dog because they need us so much. You know, cats are very independent, but dogs live off of our approval. I would say wait until you know that you have the time, the heart and space to give them a good life, it's not just about you. You have to give them a good life too."

While watching the Disney Plus Original there's a final scene where the Darlings and the dogcatcher talk about Tramp being Home that was so heartfelt. I couldn't believe I started tearing up and instantly felt bad for ever considering giving Nutella away. Whether you're a dog owner/lover or not you'll really love this sweet film and it's great messaging.

Have you or would you ever consider adopting a dog? If so let me know which breed would be your dream pet.