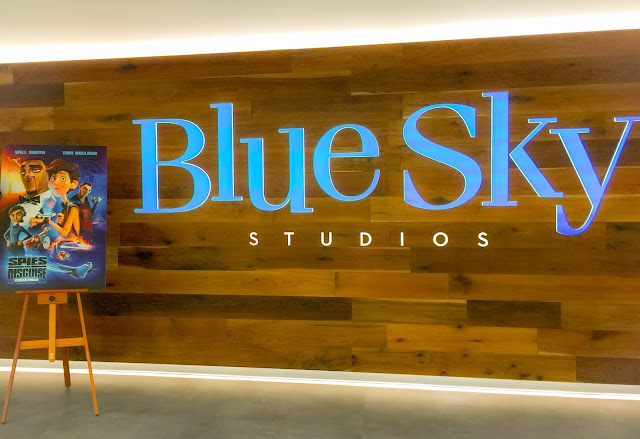 Disclosure: We were invited to attend a media day at Blue Sky Studios in anticipation of the release of Spies in Disguise in theaters.


Blue Sky Studios is infamous for some of the most memorable movie-watching moments that we've had as a family and I'm sure you can relate. From insanely popular classics like Ice Age and Rio to newer titles like Horton Hears a Who, The Peanuts Movie, Ferdinand and the upcoming Spies in Disguise, we've been fans of Blue Sky Studios's innovative animation and storytelling style for over a decade.

Were anyone else's kids completely obsessed with the opening musical sequence from the colorfully animated movie Rio like our two boys were? I'm telling you we played those first few minutes repeatedly while they danced around flapping their arms like crazed tropical birds in the Amazon. Watching them squawking and singing along have made for some adorable memories. You'd think that one catchy song was the entire full-length movie and don't get me started on the hilarious antics of Scrat from the Ice Age franchise! Poor thing can't ever catch a break and he gets a good laugh out of kids of all ages.

As you can imagine, the hubby and I completely geeked out over the opportunity to head to Connecticut to tour Blue Sky Studios. During the exclusive media tour, we'd get a first glimpse at some behind the scenes footage and art before chatting it up with the movie makers and debuting Directors Troy Quane and Nick Bruno over their new comedy adventure film Spies in Disguise which stars actors Will Smith and Tom Holland and hits theaters on Christmas Day. 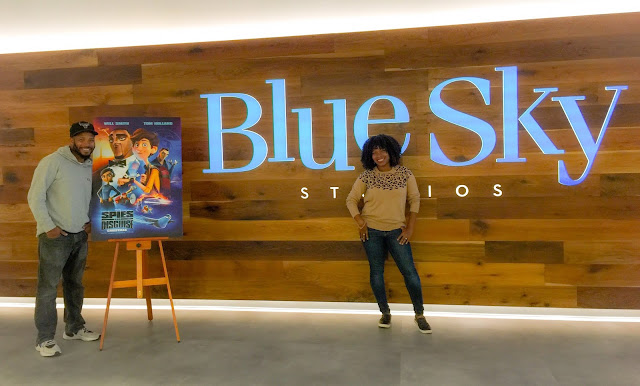 The history of Blue Sky Studios dates back to 1982 when the idea of a feature film made only with computers wasn't even conceptualized. Disney had hopes to make use of all the emerging computerized technology and hired a small computer animation company called MAGI to work on the groundbreaking CGI animation of their film TRON. From this point, six diversely talented animators went on to form Blue Sky Studios which through humble beginnings went on to produce 12  feature films.

Noting that their success didn't come easily, I love stories like these where people are creating entertaining works of art that are engaging & bring people together because of their passion for the projects not just to make a buck. There was a lack of software, funding, and clients back then but fast forward to today and the founder's vision had far exceeded their dreams. Winning their first academy award for Best Animated Short Film in 1999 for the "Bunny" followed by 5 nominations over the years. Undoubtedly Blue Sky's Studios has proven that they are a force of dreamers and creatives to be reckoned with.

You could feel the creative energy buzzing around as soon as you stepped off the elevator to enter their office space. When we got to the waiting area we all knew we needed a pic with the iconic Blue Sky Studios logo and stood in complete awe of some of the sculpted character molds that adorned shelves from all of their movies throughout the years. (We weren't allowed to snap any of our own pics so I did some sleuthing of my own to dig up some pics from the interwebs for ya!) I kid you not after touring the studio Mike was already on the website looking for job postings, yes he's a chef full time at night but his day time side hustle is as a production assistant for television, movies, and theater. 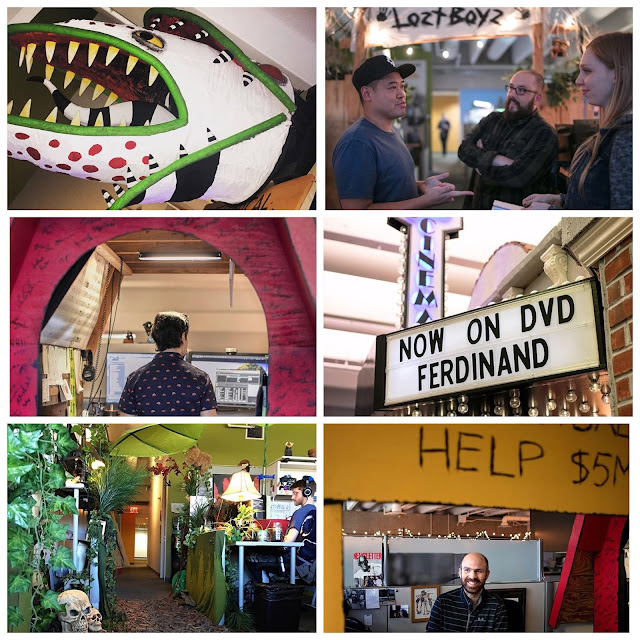 We were actually some of the first guests to visit the offices after a hefty renovation but what stood out to us the most was all of the intricate details that went into the cubicles that everyone worked from. Talk about creative! Clearly, if you're going to spend countless hours working on your artistic craft then your work environment has to be one to inspire daily creativity.

You could see how much they all love what they do based on the efforts they put into designing these out of the box moments at every turn. Plus I'm sure a bit of friendly competition for the coveted title of "desk of the month" helps to motivate ideas for their movie-inspired spaces and gets the juices flowing for upcoming projects.

About the Movie:
Super spy Lance Sterling (Will Smith) and scientist Walter Beckett (Tom Holland) are almost exact opposites. Lance is smooth, suave and debonair. Walter is…not. But when events take an unexpected turn, this unlikely duo is forced to team up for the ultimate mission that will require an almost impossible disguise – transforming Lance into the brave, fierce, majestic…pigeon. Walter and Lance suddenly have to work as a team, or the whole world is in peril. 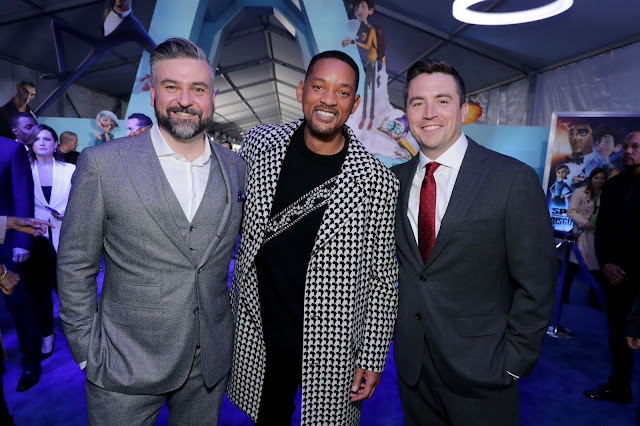 Next we headed into a viewing room to excitedly chat with first-time directors Troy Quane and Nick Bruno who shared with us some of the behind the scenes art and development that brought the movie to the big screen. 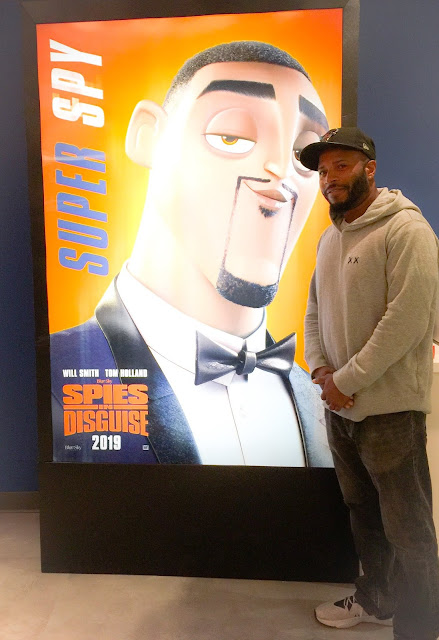 They jumped right in and described working with Will Smith who they were able to secure for the role on their very first ask (which according to them, rarely ever happens). As most of us would assume being the mega hilarious and seemingly cool guy that he is, Will was described as an amazing collaborator and creative partner who helped to bring a unique and very specific voice and attitude to his character, hero & secret agent Lance sterling.

"We wanted to create a character who could stand shoulder to shoulder with the greats like James Bond and Jason Bourne. Where most spies lurk in the darkness Lance Sterling wants everyone to know he's in the room, the guy even has his suits gadgetized so that his own musical soundtrack plays once he walks in. Lance Sterling is not only smart, but he's also fast and sleek and every thread on his body is bespoke and he eats and drinks only the finest"

This film also has a historic moment with an amazing collaboration with four rings brand Audi. Super spies are notorious for their tricked out rides and the directors felt that Lance deserved to have his own real-world car. This partnership with Audi created the RSQ e-tron, the first concept car strictly made for an animated film, describing the vehicle as cool would be an understatement.

The model was designed in close cooperation with Blue Sky Studios and boasts a holographic speedometer, an electric drive, a fully automated driving mode, and visionary design language.  In other words, it's beyond SEXY! (Troy and Nick use the term quite a bit to describe elements of the project, lol!)

Like any buddy comedy, the duo is usually made up of polar opposites in character, which brings us to Walter Beckett, the agency's gadget guy played fittingly by the adorable Tom Holland.  Nick Bruno admittedly describes the Spider-man actor as his daughter's first crush, as he scrunches up his face in true dad fashion, but who can blame her?!? To us casting Tom Holland for Walter was perfect, his traits very similar to Peter Parker - adorable and a bit socially awkward and overall an unsuspecting hero. Where Lance believes in fighting fire with fire, Walter is all for no violence and focuses on developing gadgets (think glitter, kittens, and hugs) that can keep everyone safe, yep even the bad guys!

Although these two guys are very different you can see that their loneliness is a common ground and this adventure is all about bringing them together to see if they can save the world. "I fly solo" is one of Lance's mantras and that all goes out the window after he drinks a concoction mixed up by Walter and is turned into a pigeon, who by nature is a flock animal. You're going to love the funny tribe of pigeons who help on the mission to clear Lance's name. 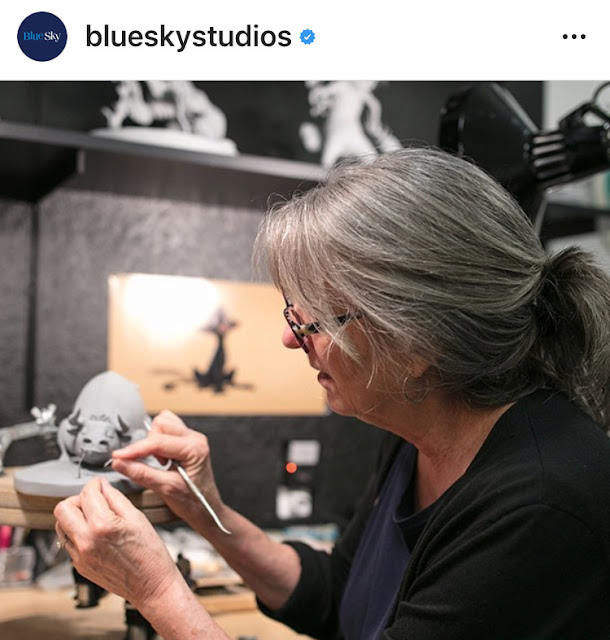 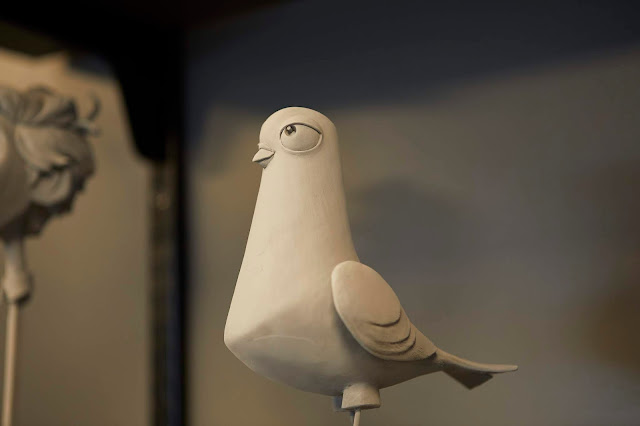 At the conclusion of our preview of the first 20 minutes or so of the film, we stopped by to see the works of lead sculptor Vicki Sauls who's been working at Blue Sky Studios for over 14 years. As part of the art/design department at Blue Sky, her role is to sculpt physical or "practical" maquettes (small sculptures) of most of the main characters for Blue Sky's films.

Vicki works directly with the character designers, production designers and directors of each film to help visualize the main character dimensionally before the character is moved into production.  The character designers work on developing lots of iterations of a character in 2D until the design meets the approval of the directors and they settle on a significant pose/expression that is the essence of the character. She then uses that drawing and replicates it in Sculpey (a plastic clay) to flesh the maquette out and make any changes that may be necessary. Once the clay maquette has been approved a digital scanner is used to scan it into the computer, then the modelers have a direct digital template of the character, along with the actual maquette. The maquettes are also used by other artists and animators in various departments such as "Fur", "Cloth", "Story" and "Animation" as reference.

If a character is sculpted for development, a maquette can be used to help "pitch" a film idea when the directors are trying to get a project greenlit. Usually maquettes impact the final film by way of clarifying a character's design dimensionally and are used as a visual reference for the character pipeline.

Getting a close up look at all of her intricate designs were so impressive and gave us a much clearer insight into the process of making an animated movie. 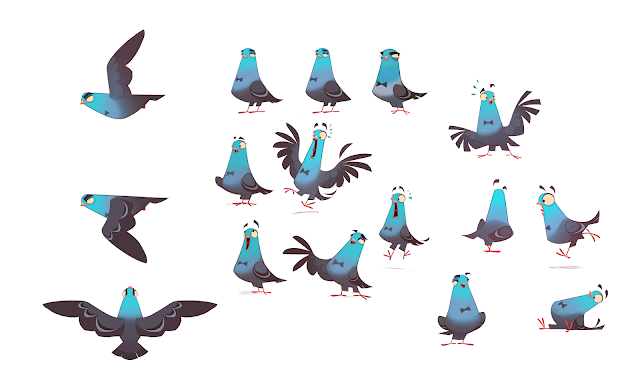 To wrap up our tour we sat down for a quick art lesson from animators Ty Carter and Graham Silva. They broke down the process of drawing being the layering of shapes and gave us a chance to freehand our own Lance the Pigeon.

It was really important to the team that Lance not be turned into just a typical cartoon bird. It's a very cartoony design but his wings are wings, there's no finger-pointing, he unsuccessfully tries to hand chop someone in the neck and driving is impossible without voice activation.

Pigeons can be found all over the globe and typically go unnoticed and Bruno explains, “They’re in every city around the world. No one pays attention to them. Nobody even knows that they’re there. So they’re hiding in plain sight. Because they have eyes on the side of their heads, they can see in 360 degrees, which means that at any given moment they can see your face and their butt. And you can’t sneak up on them.”

“Because they will just fly away,” concurs Quane. “They’re one of the fastest birds in the world. But because they’re so fast, they see at a faster rate of speed than we do, so everything to them feels slow motion. We would always refer to that as Pigeon Bullet Time. They see UV light, bands of light that we can’t see with the human eye.” Quane continues, “On the surface, it seems like a joke, but really this is the best cover for a spy. No one knows you’re there. 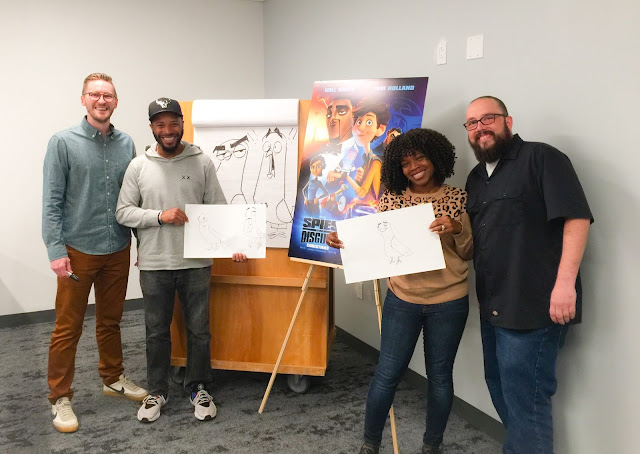 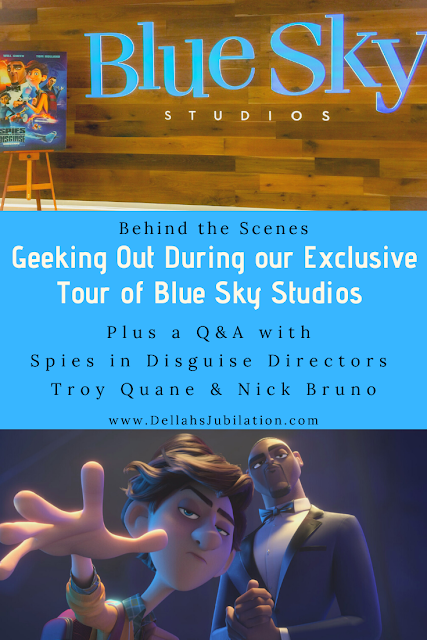