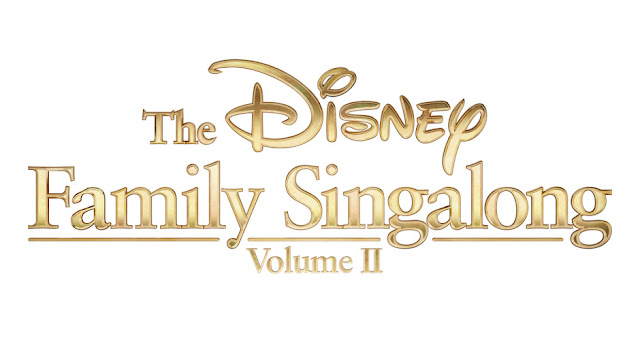 Music has always been a source to help celebrate life's moments and with a sprinkle of pixie dust, a fun way to uplift spirits. The Disney Family SingAlong, with 13 million viewers was such a hit in our house and featured a star-studded lineup of industry talent like Ariana Grande, Josh Groban, John Stamos, Kristin Chenoweth, Auliʻi Cravalho and more. Hubby and I belted out our childhood favorite melodies from the Jungle Book, Hercules and Aladdin, while our boys enjoyed singing along to Moana and Toy Story.

This Mother's Day you can find me lounging around in pajamas and my new Little Mermaid ears all day, with no plans but to chill out with my boys, enjoying breakfast in bed, a morning walk (with my Disney Villains handmade facemask on) and a marathon of our fave themed board games.  We'll wrap up the night with dinner and show as we tune into the airing of The Disney Family SingAlong II on ABC at 7pm ET.

With the Little Mermaid being one of my treasured first  Disney princesses, without a doubt I was hyped to eventually witness a black girl magical performance from actress and singer Halle who's to play Ariel in the live-action remake. We've got fingers crossed that production delays won't push the film release back too far. Halle teaming up with her sis Chloe and singer/actress Anika Noni Rose to sing a soulful rendition of "Almost There" was perfect, and has me anticipating fresh beignets and the opening of the new Princess Frog themed restaurant in Disney World.

I'm personally looking forward to Kermit, Miss Piggy, and the rest of “The Muppets”  gang raising the curtain and opening the show, followed by a warmup with Tituss Burgess who has such powerhouse vocals. Not going to lie, he had my vote along with Queen Latifah to play the role of sea witch Ursula in The Little Mermaid remake.

Our family had all kinds of feelings about the musical performances in the live-action remake of The Lion King, but ultimately felt that Danny Glover, Billy Eichner and Seth Rogen had the best collaborations in bringing the hit songs to life.

Show performances will include the following:


With even more Disney magic and creative at-home choreography “The Disney Family Singalong: Volume II” brings back the animated Mickey to guide the on-screen lyrics, allowing audiences, families, friends and loved ones to follow along in perfect harmony with their favorite celebrities as they sing memorable Disney songs. All the songs featured in the playlist and more can be streamed on all services @DisneyHits.

Most importantly The special will also raise awareness about Feeding America’s vast network and resources for people in the country who are finding themselves in unfamiliar circumstances and facing hunger for the first time due to COVID-19. Families and vulnerable members of the community who need help can visit FeedingAmerica.org/FeedTheLove to learn more about Feeding America’s COVID-19 response and how to locate local food banks for help.

The nationwide singalong will air before an all-new remote episode of “American Idol” airing at 8:00 p.m. EDT. “The Disney Family Singalong: Volume II” will also be available to stream on Disney+ on TUESDAY, MAY 12.
Posted by Dellah at 6:56 PM