An Amazing Month for the WWE: The Launch of the WWE Network, Introduction to the Animated Slam City Series & The Release of Scooby Doo WrestleMania Mystery

Disclosure: The opinions expressed are solely my own, I received a gift bag for attending the event and no other compensation was received. 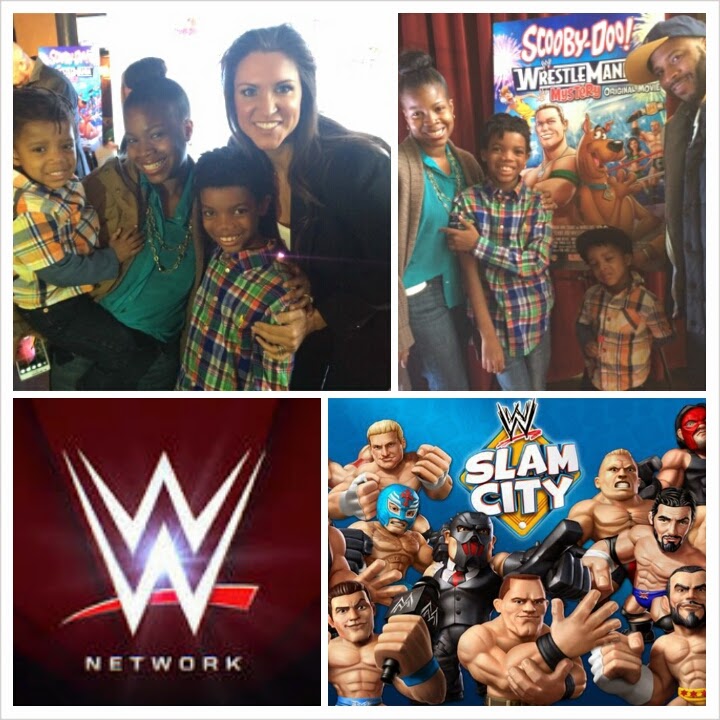 The last few weeks have been really exciting for true fans of the WWE! Having grown up watching wrestling legends like Triple H, Stephanie McMahon & Hulk Hogan with our grandparents and to now be able to watch the antics of Daniel Bryan, Sin Cara and the Miz with our two monsters, is really special for my Hubby and I. So it's no surprise that because our 9 year old and 3 year old are such WWE fanatics {They produce their own energy packed show using their action figures and wrestling buddies while recording with their 3DS and Vtech Kids Camera and doing their own mommy anxiety - inducing stunts}, I have to try to keep up with all the latest and greatest from the WWE and their superstars.

At the end of February the WWE made history with the launching of their WWE Network which is a video streaming service. At first I was skeptical about wanting to pay for a premium channel of 24/7 wrestling. I know my kids would want to watch all the time but I totally think its worth its $9.99/ month fee {with a 6 month subscription and like with other shows I'll monitor how often they watch. The WWE was giving out a 1 week free trial last week that I decided to take advantage of so that we could check out the channel for ourselves, before committing. With the upcoming Pay-Per-View Wrestlemania 30 costing viewers $50-$60 to see from cable and satellite distributors, the subscription is a great deal! Included with the service, subscribers get to view hours of classic wrestling content, live broadcast's of the WWE's 12 Paper-view showings and encore showings of RAW and Smackdown. Subscribers can view the WWE Network on all Internet equipped media devices, tablets, smartphones and computers, making the $60 for 6 month subscription well worth the money.


There was some major kid and family friendly buzz being created over the last week in the WWE community with the introduction of the new animated series with Mattel called Slam City and this weeks release of  the awesome movie Scooby Doo Wrestlemania Mystery on DVD. Earlier last week on March 19th Chief Brand Officer {& one Bad ass Mama} Stephanie McMahon held a twitter party to celebrate the new kids property Slam City which includes an original short animated series and product line of apparel, toys, back to school gear, books and home videos by the end of 2014. In 2015 A mobile app will be introduced along with home goods, party supplies and stationary.

In Slam City some of our favorite WWE Superstars find themselves fired from the WWE by a new character "The Finisher" and having to find new day  jobs. With John Cena as an auto-mechanic, Randy Orton as a zoo keeper, Alberto Del Rio as a coffeehouse barista and Sheamus as a theater usher, the superstars must face new challenges and settle scores outside of the WWE ring. The goal of the slam city site is to provide our kids with engaging, fun content that promotes problem solving, creativity, healthy habits and fitness. On the Slam City site kids of all ages can not only watch the stop motion animated series, they can al play games and print out posters of their fave WWE superstars. As a mom I truly appreciate the WWE trying to implement more family friendly, age appropriate and fun content for our children to view and play.
Press Play on the video below to check out the 1st episode featuring John Cena in Auto-tude Adjustment.


This past Saturday my family and I were invited as guests along with several other mommy bloggers to the Premier of the Warner Bros and WWE movie Scooby Doo and the WrestleMania Mystery at Tribeca Cinemas in downtown Manhattan. 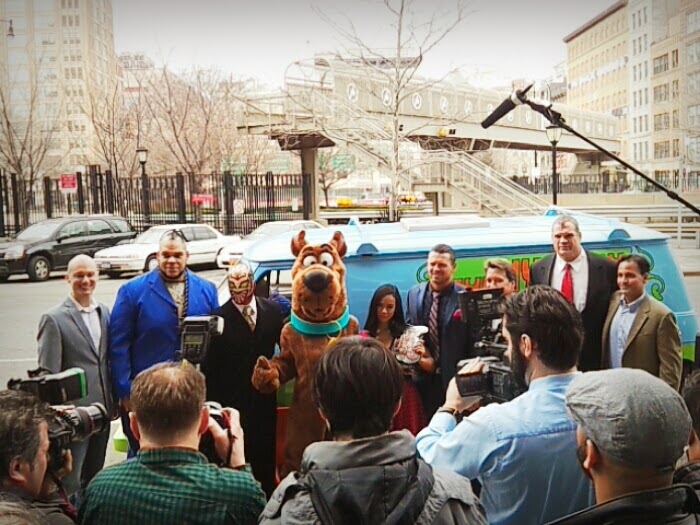 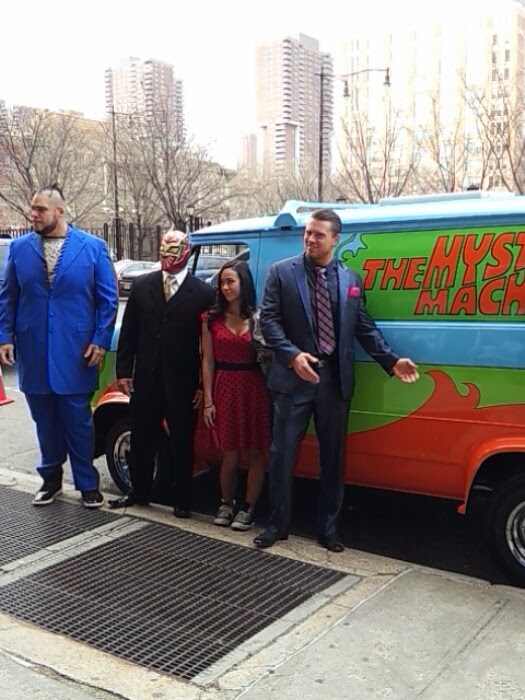 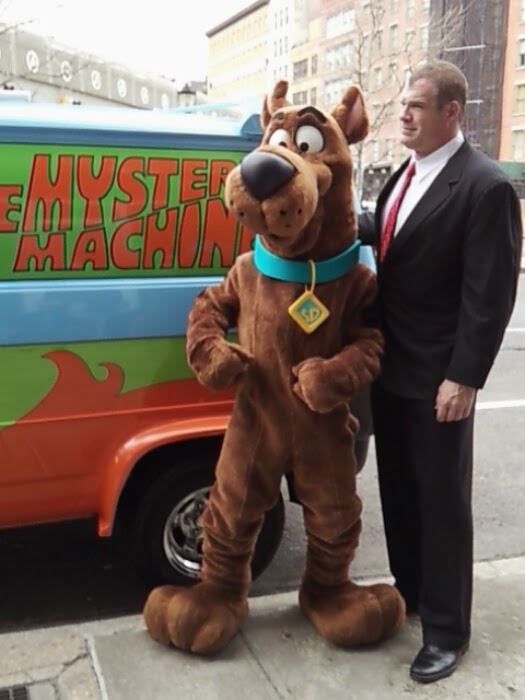 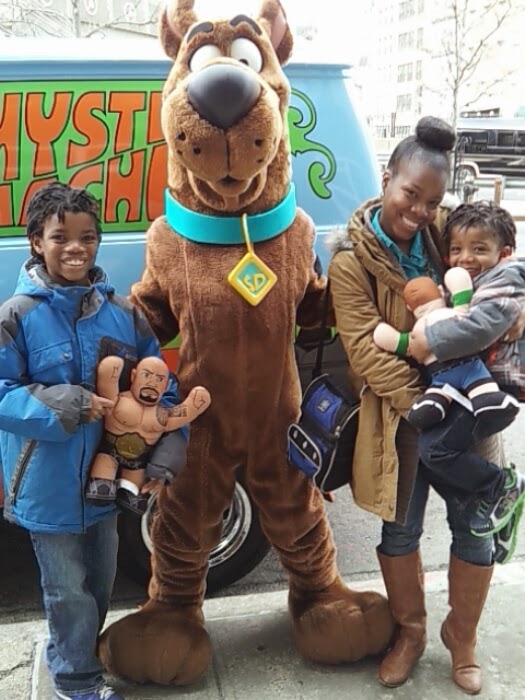 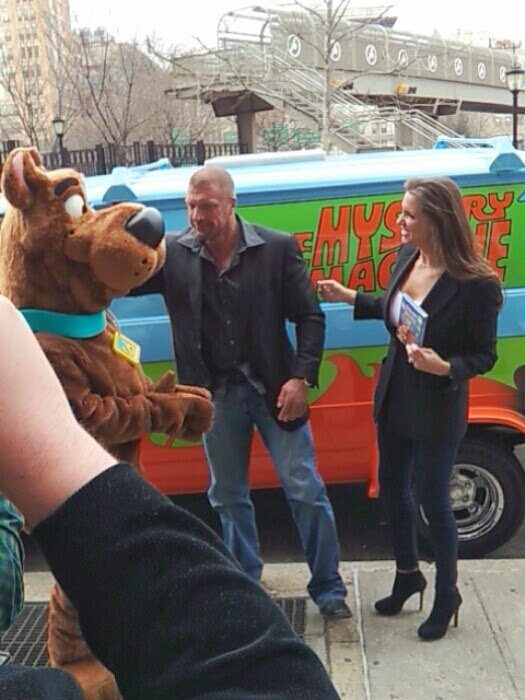 By Far the highlight of the event for us was listening in on interviews and meeting the Super Stars: 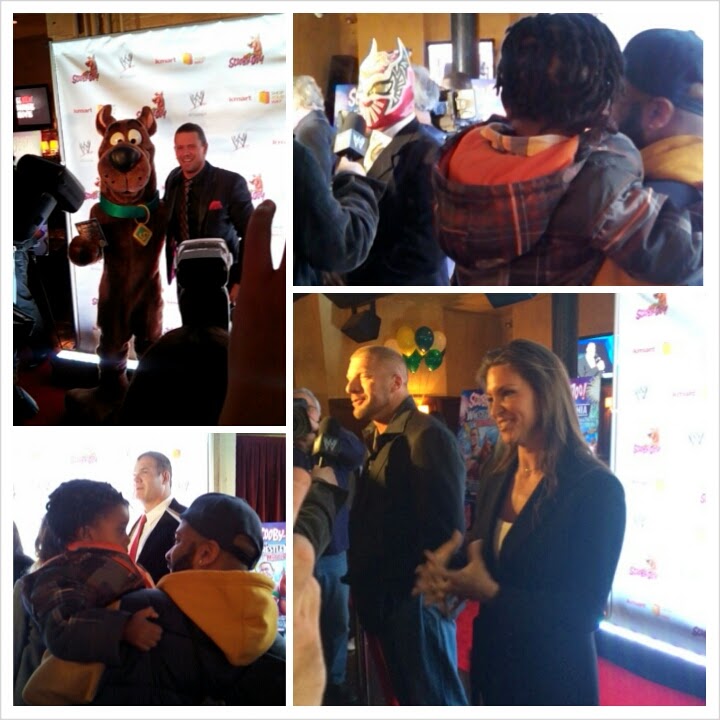 While the Superstars were asked questions, Tristan kept pushing his dad closer to the larger than life characters he has grown to love watching on the television. 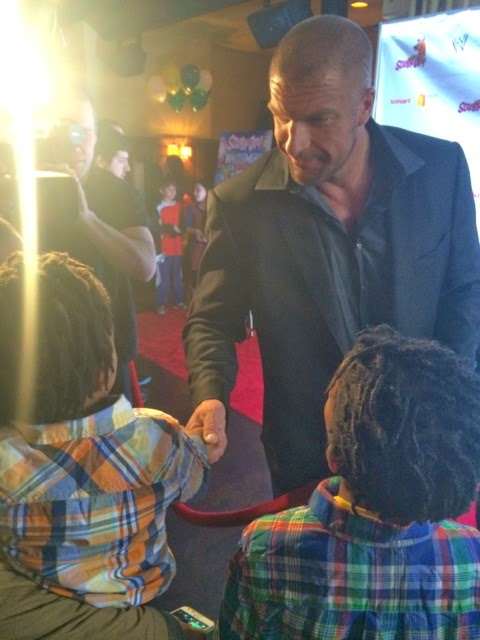 The boys were able to shake hands and take a picture with Triple H, but I don't think they were anywhere near as excited as I was. 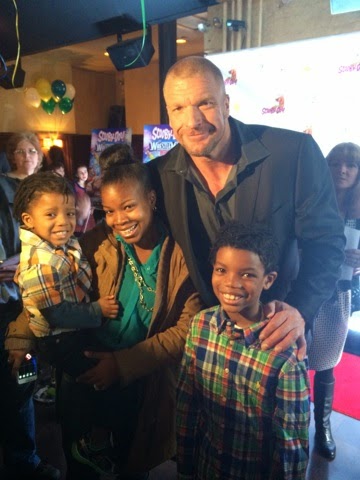 In this new film that was released to DVD on March 25th, Shaggy and Scooby Doo who are huge WWE fans get tickets to Wrestlemania but in true Scooby Doo fashion, there's a mystery to be solved in WWE City when someone sets out to ruin the event. Having watched the cartoon as a kid,  it was pretty cool to see the collaboration of characters and having Scooby, Shaggy,Velma, Daphne and Fred share a screen with John Cena, The Miz, Triple H, Sgt. Slaughter and more. Overall the movie was really cute, the kids and parents enjoyed the story-line as it was entertaining, full of action and funny and stayed true to classic Scooby Doo cartoons. 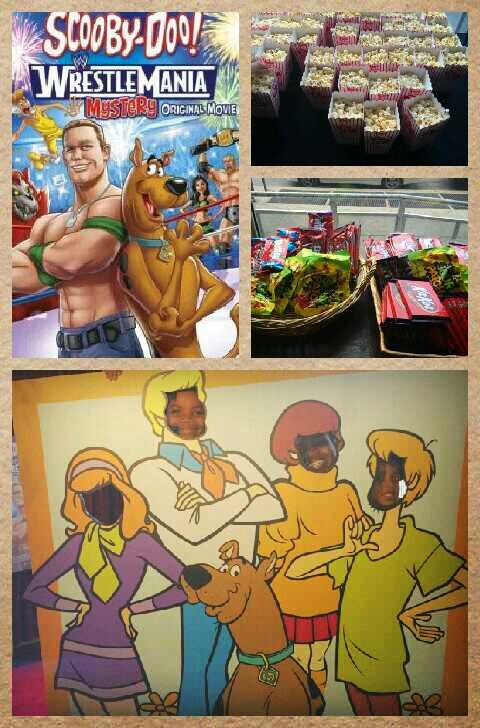 We are excited about all the new things happening within the WWE community that's geared towards kids and looking forward to seeing what develops over the next few years!