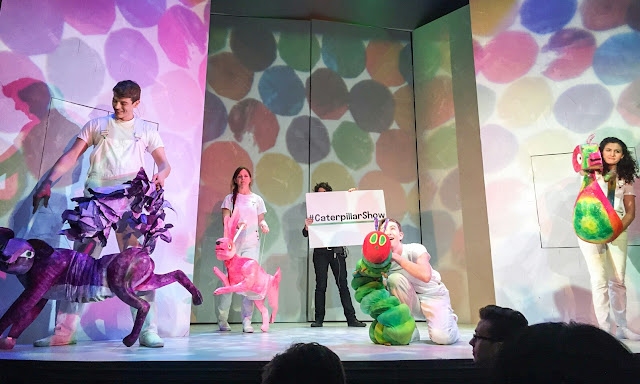 What do you get when one of the greatest authors of children’s books puts on a stage show compiling four timeless classics? Nothing but little happy faces with eyes spilling out over some of the most colorful, artistically amazing and engaging puppeteering you will ever see! Eric Carle, a name all parents know and love, has been catering to generations of children with his uniquely illustrated and simply written children’s books for over 45 years. Now, he has once again revolutionized children’s storytelling by providing us with an opportunity to see his well-known books brought to life on stage in The Very Hungry Caterpillar Show.

Choosing only four of a possible 70+ stories must have been a difficult task for Carle and stage show creator Jonathan Rockefeller, but the adaptations of The Artist Who Painted a Blue Horse, Mister Seahorse,The Very Lonely Firefly, and of course, the pièce de résistance, The Very Hungry Caterpillar, has led to critical acclaim by both theater professionals and most importantly, children of all ages. When I first heard of the show, I became very excited with the idea of seeing these stories live. One of my main reasons for excitement, beyond the fact that I have read these stories to my cousins when they were teeny tots as well as my own three year old daughter who loves and has learned much from these “iconic colorful hand-painted tissue paper collage illustrations and distinctively simple stories” is the curiosity of how they would present these stories on stage. 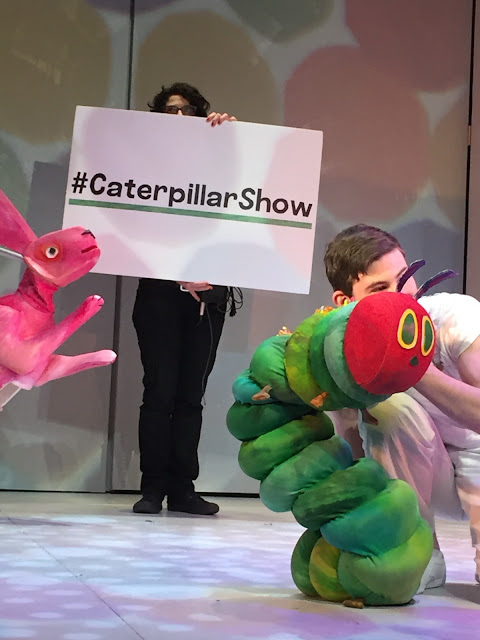 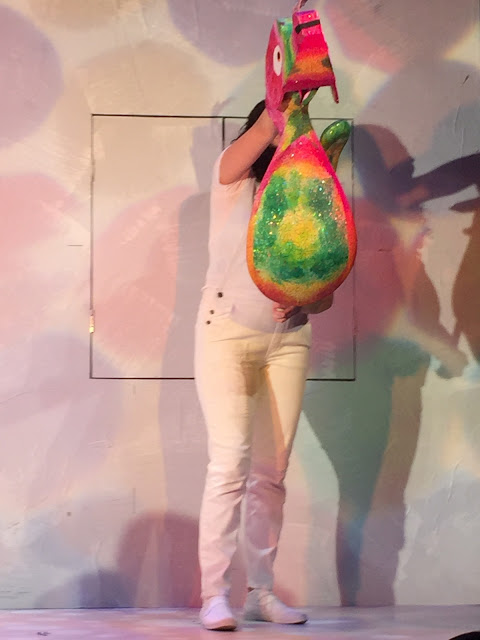 My curiosity was greatly satisfied when this past Easter Sunday, Danielle myself and the lil' monsters saw Eric Carle's great stories come to life before our very eyes! The biggest challenge I thought the production faced was maintaining both the vibrant colors and unique aesthetic of the many incomparable characters such as the multi-colored, polka dotted donkey, while staying true to the simplicity for which Carle's storytelling is famous. The result is worthy of Eric Carle's storied career with an array of colorful characters who seem to have stepped right out of the books. The human cast of puppeteers do their best to minimize their existence in the production and the simple set design allows for the spotlight of The Very Hungry Caterpillar Show to be nothing more than the 75 handmade large scale puppets which will leave children and adults alike in awe. 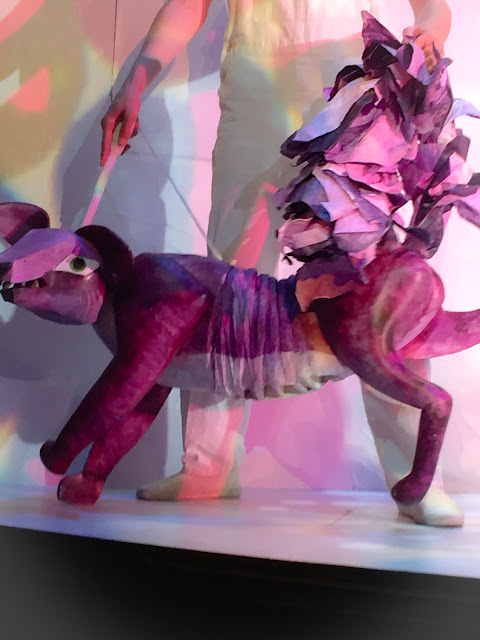 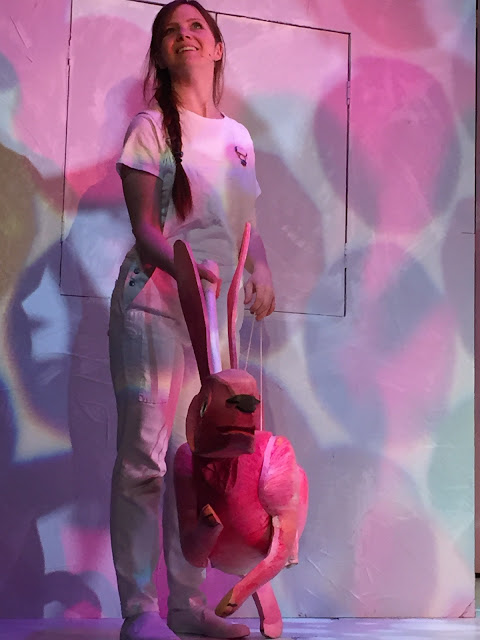 The Very Hungry Caterpillar Show by Rockefeller Productions runs through April 17 at the 47th Street Theatre at 304 West 47th Street (between 8th and 9th Avenues). Tickets are available now online or by calling 212-279-4200. Travelzoo is also offering tickets for $29.50, grab yours here there are only 2 weeks left to view it.


After the show we decided why not head to 5th avenue to catch a glimpse of everyone in their Sunday best and creative bonnets for the Easter parade. 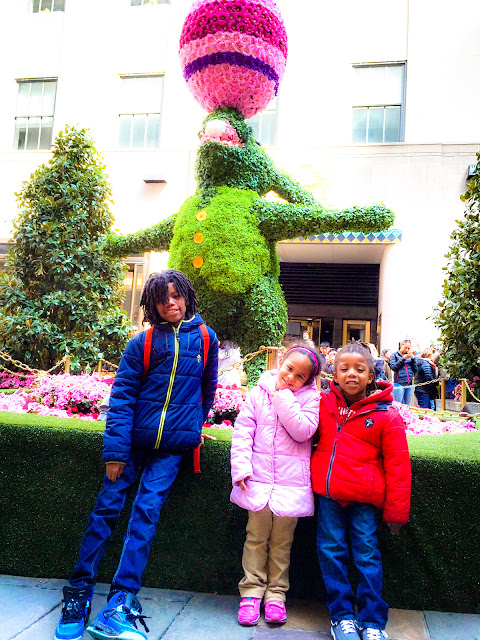 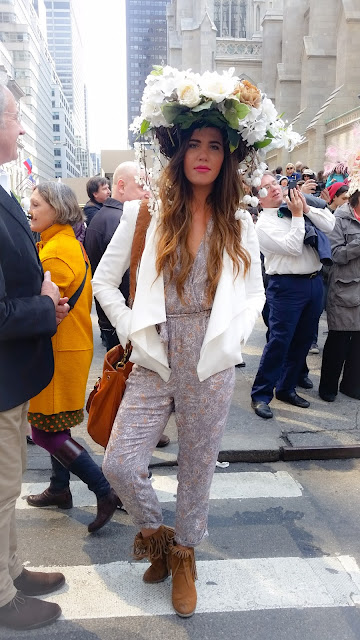 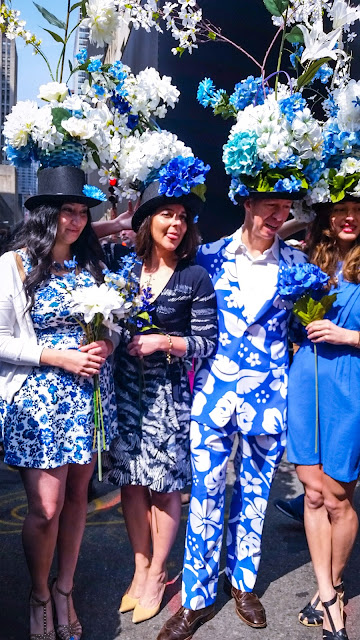 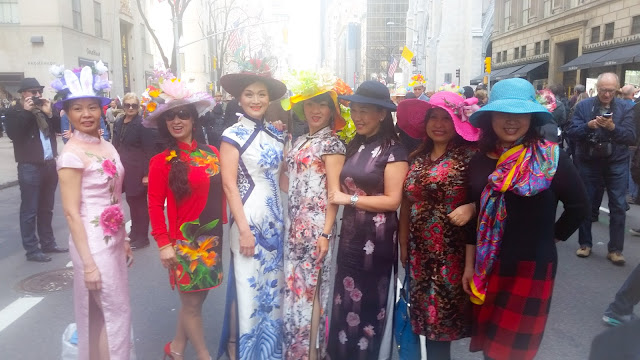 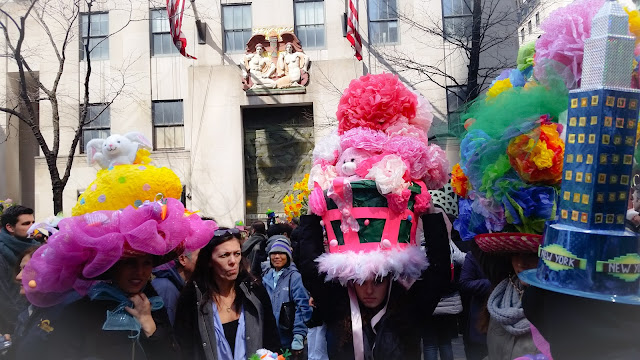 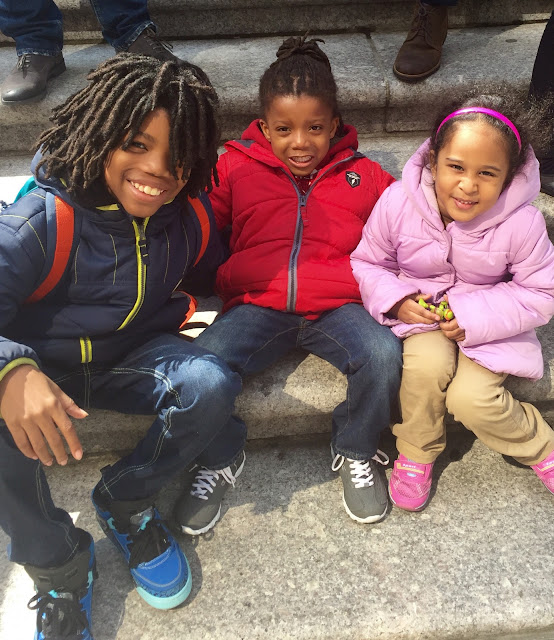 What's a favorite Eric Carle book in your house? How did you spend your Easter Sunday?

Dad Contributor: SG has a daughter and works daily to cohesively co-parent with her mother here in NYC. He is a CUNY graduate with a bachelor's in Public Administration and a minor in English. He works at a NY accounting firm during the day but his passion lies in the arts.

Disclosure: We were provided tickets to attend as media and no other compensation was provided. Opinions express are 100% my own.