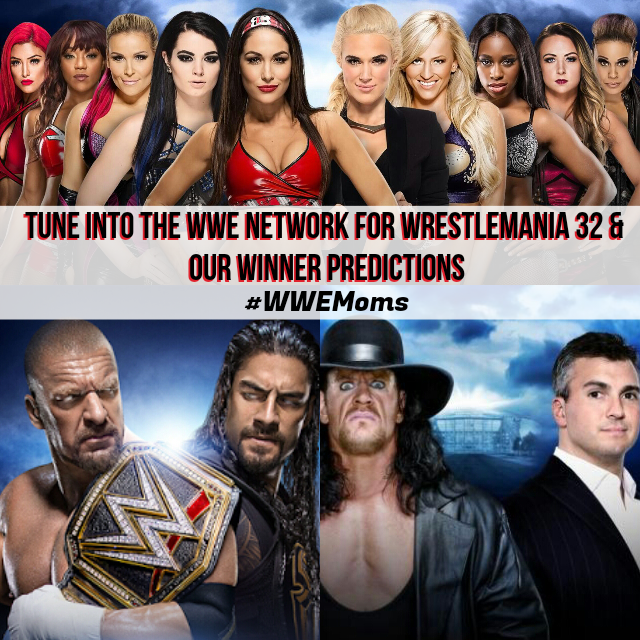 Let the countdown begin! As I write this my boys and I are currently tuned into the WWE Network and having ourselves a Wrestlemania marathon of years past as we await tonight's big night flashing back to year 31 & Randy Orton's win over Seth Rollins, the legendary match up between Triple H and Sting, and the hard to watch defeat of Roman Reigns to the beast Brock Lesnar}.Wrestlemania is comparable to the Superbowl where we'll all witness the blood, sweat and tears of the greatest Superstars and Divas to ever enter the ring for this 32nd year! Having grown up watching wrestling with my grandmother and my dad It's no surprise I've been a long time fan for nearly 3 decades! We tuned into the Hall of Fame ceremony last night and I literally got choked up right along Ric Flair as he talked about Dusty Rhodes and Rowdy Piper, two phenomenal men who I grew up watching and cheered on. It's always great to share the excitement with my two boys, even when we seem to disagree on some of the wins for this grand event, nonetheless what we can all agree on is that tonight is going to be EPIC! Or in the words of the Rock Electrifying!

WWE World Heavy Weight Championship:  Triple H vs. Roman Reigns
I'm just going to put this out there, right from the beginning: I am in no way a fan of that conniving Seth Rollins but wouldn't be surprised if he showed up in the ring during the match between the King of Kings Triple H and Roman Reigns. Seth seems to have to continuously prove he is the golden child and I don't think he'll turn up to support either man but to make a statement of his own. {I say this also because we've caught glimpses of him on the axxess event posters}And let's not forget thos of us who'll be waiting on baited breath in hopes of an appearance from The Rock to show us what he's been cook'n up.
Family Prediction: Despite Seth's interference Roman Reigns is going to win!

Hell in a Cell Match: Shane McMahon and The Undertaker
I just asked the boys who their winner was and my 11 year old just went into the most obnoxious Shane - O- Mac chant. Where it's great to see the return of the fearless and bold Shane and I'd love if he'd take over Monday , I just feel a way about having the Undertaker lose a 2nd time at Mania. Watching Brock take him down was one thing, but we can't ruin his legacy by having him lose again. There's been buzz about his retirement which makes sense but I would have preferred him do so last year rather than him being defeated again. C'mon it's Hell in Cell, the Undertakers Playground - he has to win.
Family Prediction: Split // Lil' Monsters are voting for Shane and the parents are voting for Taker! 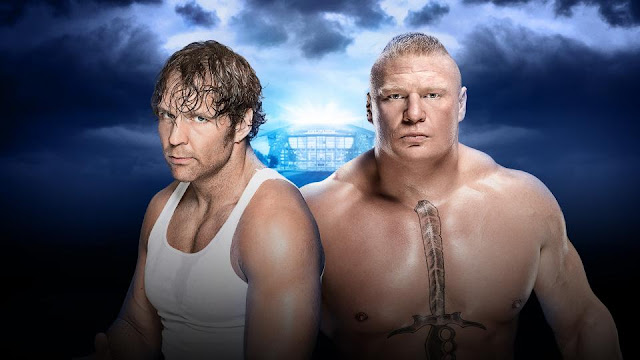 No Holds Bar Match: Dean Ambrose and Brock Lesnar
Talk about a hard call. Thinking about the Beast incarnate's track record we'd undoubtedly name him as coming out on top. But not without Dean giving it his all, he's got heart like no other and as crazy as crazy gets add a few weapons to the mix and this will be a match to watch.
Family Prediction: Torn// We want Dean to win but his opponent Brock is unstoppable.

Intercontinental Championship: Zack Ryder vs. Sami Zayn vs. Kevin Owen vs.  Dolph Ziggler vs. The Miz vs. Stardust
Ok so it's easier for us to say who isn't going to win: Stardust, The Miz, Kevin Owen. Leaving us with Zack Ryder, Sami Zayn and Dolph.
Family Prediction: The boys are rooting for Sami Zayn and I'm a loyal Dolph Fan all the the way but ultimately we think it makes sense for Kevin Owen to retain the belt.

Dream Match: A.J Styles and Chris Jericho
We'd say this was evenly matched experience vs. youthfulness. Y2J is one of my favorites but him seemingly going heel is not so appealing and down playing the skill of A.J Style is just because Jericho "really don't want none".
Family Prediction: A.J Styles 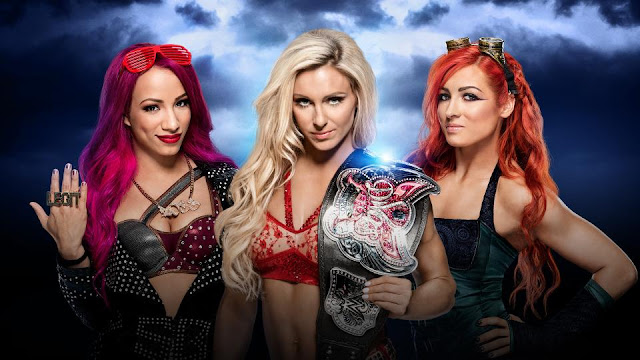 Divas Triple Threat Match: Charlotte, Becky Lynch and Sasha Banks
Overall one of the biggest matches of the night, it's just great to see some new faces. Where we respect the legacy of Ric Flair, we aren't fans of Charlotte and so she will not get our vote.
Family Prediction: Sasha Banks.

Tag Team Match: The New Day vs. The League of Nations
We'd say League of Nations based on the numbers, having Rusev and Sheamus in the ring is definitely a threat. But with these rainbow and unicorn loving trio being the new fave good guys who knows.
Family Prediction: The New Day

Kick off Match: The Usos vs. The Dudley Boys
We are just going to jump right into our prediction because this is one of the least exciting matches, which hurts us to say as Uso fans. We wish they were going to be a part of the main show.
Family Prediction: The Usos

10 Diva Tag Match: The Total Divas vs. B.A.D and Blonde
Let me just start off by asking, why Lana or Emma really? Huge fans of Tamina and Naomi, but we'd be really surprised to see this team pull it off.
Family Prediction: Total Divas

United States Championship: Kalisto vs. Ryback
These two are family favorites, so it's impossible for us to decide but who doesn't love an underdog for the win?
Family Prediction: Can't Call it.


So What do you think about our predictions? If you haven't yet subscribed to catch tonight's show then hurry up and head over to WWENetwork.com to catch it for FREE  for 1 month as a new subscriber and you won't miss out on any of the big events like Summerslam {which we are hyped about, as it's heading back to NYC} and all the other entertaining programming that you can stream.

Disclosure: As a WWE Ambassadors we will share information regarding upcoming events, programming, philanthropy and more! Opinions expressed are 100% my own and no other compensation was received.