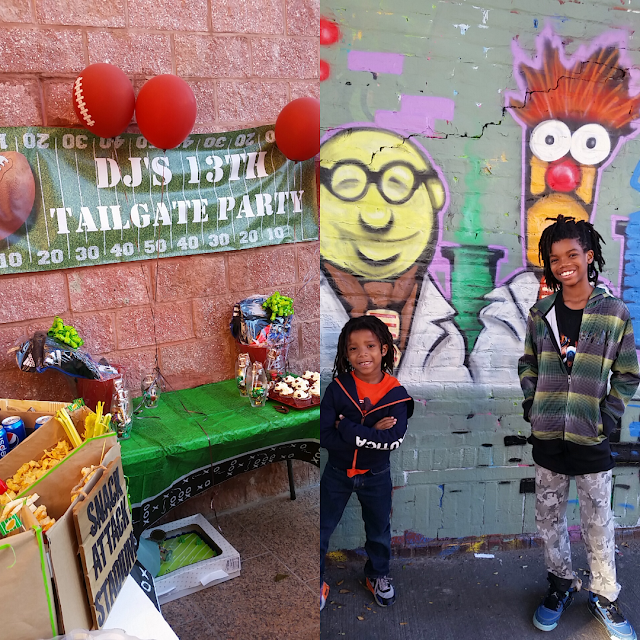 We suck when it comes to attending birthday parties! Well I guess in actuality I suck or the universe just doesn't work in our favor every now and again. and we end up late or needing to cancel. The hubby will take no ownership in this because it's usually me who has to schlepp the boys somewhere that feels like it's across the country to get to. And of course I feel horrible, because yeah it's some cute kids celebration of life but if you know me and our crazy world we have the most random shit happen to us, so much so you'd think we were lying. And honestly I'd almost prefer I'd been lying then to have to actually physically or mentally go through whatever the heck it was that prevented us from having cake and Ice cream and singing the Stevie wonder rendition of Happy Birthday as your awesome kids opened our dope gifts! To our credit we always give a gift whether we make it to the shindig or not and I usually hope that counts for something but I know it's important to just be there.
We don't drive and even if we had a car I don't have a license {trust me with my go-cart anxiety nobody wants to see me on the road} so every weekend party ends up usually being some 2 hour trek to somewhere outside of Queens.

On two different occasions my kids ended up sick, do you really want me to bring my snot nosed, coughing and hacking ,moody monster to your kids party? Probably not, I know I don't want to deal with their crap all the way there while we slowly crawl from station to station thanks to the MTA and weekend track work.  And if it's not them, then it's me and well I have a Chronic auto immune disease and if that isn't justifiable enough I honestly don't know what is but I'm probably curled up in a ball on my bed in pain or perched on the toilet in tears because hey that's the life of someone with Crohn's disease.

And I get it, birthday parties are expensive, I would hate it if a handful of people ended up cancelling or even worse if they didn't call and flaked with no notice at all, unless of course it was an emergency. My kids love going to birthday parties so I feel like I put some bad mojo - karma out there and they may never see an invite again. Which isn't fair to them especially since we've only ever thrown them classroom parties or house parties with family like my mom did with me. And their dad was a Jehovah's Witness as a kid so.....

Despite the lil' monsters giving me a hard time as the clock ticked on and both still only half dressed we managed to make it out the door an hour late! Which isn't by any means a first for us, I'm having flashbacks to the time my atm card wasn't working, the cab company had no drivers around, there was torrential down pours ... I could keep going how many mishaps have happened. I swear I wouldn't be surprised if we were late to our own party if we had one at one of those bouncy house, paint a plate, hold a snake type celebrations.

And there I was sleep deprived and un-caffeinated and maneuvering the kids from one station to the shuttle bus that was our saving grace despite the crowd as the J train unsurprisingly wasn't working. I swaer I could have turned back, I was disappointed we'd be nearly 2 hours late but we were determined to make it to the tailgating party that my blogger wifey Karen of Mami does it all was hosting for her son Dj's Big 13! 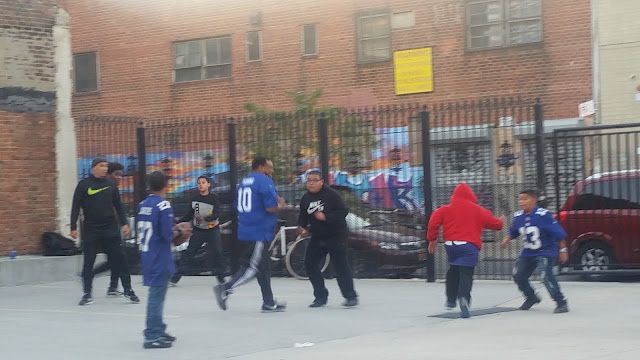 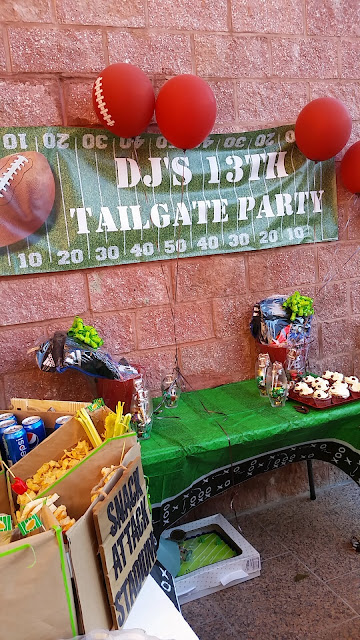 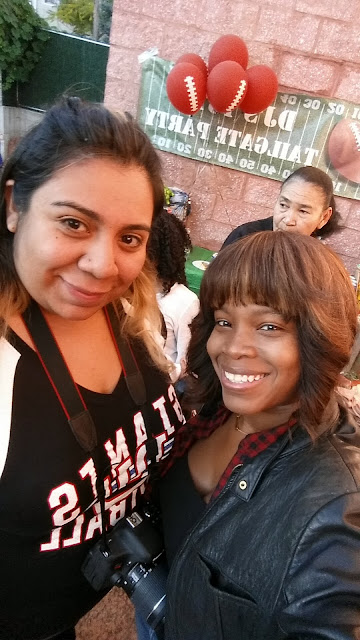 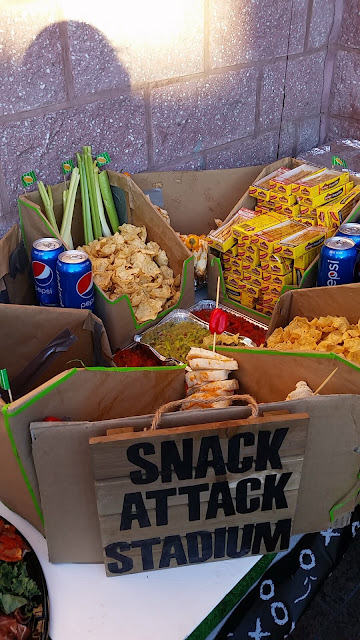 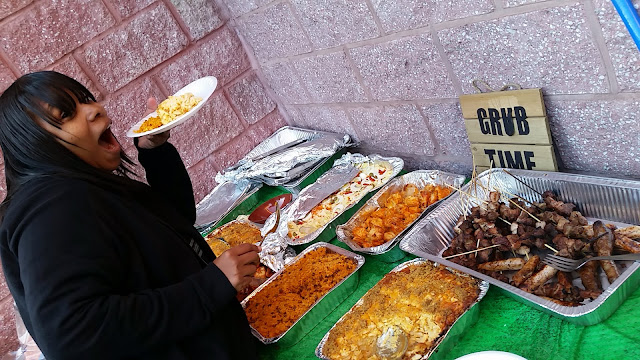 Thanks for a fun party. Had a great time @mami_doesitall #DJTurns13 #yougotthis #hostesswiththemostest
A photo posted by Nichol Perez LIFESTYLE BLOGGER (@nilimo) on Oct 15, 2016 at 5:35pm P


And it was a blast! As google maps guided us to the parking lot of her family's church in Brooklyn we stumbled upon some pretty dope street art of the Muppets that my monsters loved. Each one found a character that reflected their calm and cool or crazy silly personality.When we arrived the kids were ready to dive right into the football game that was being played and I was starving and dug right into the awesome food my girlie prepared which included Sandwichitos which were surpisingly really yummy. I'd never had Spam before or cheese wiz but add a roasted pepper to it, put it on some bread and delish, I tell ya! As a blogger it's nice to just hang out with your colleagues outside of brand hosted events, like normal friends do. 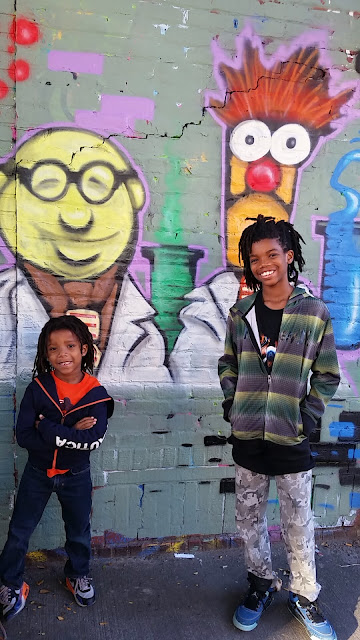 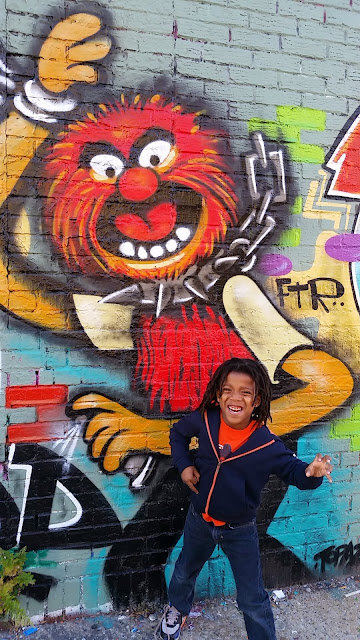 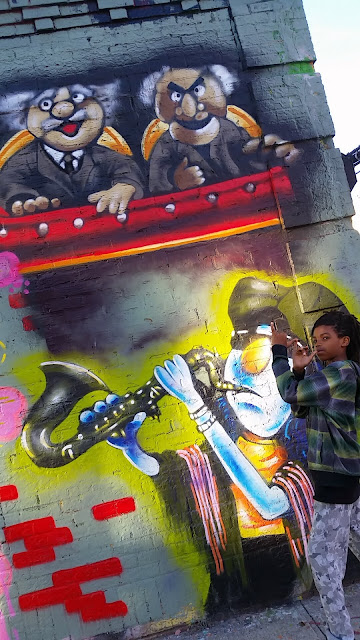 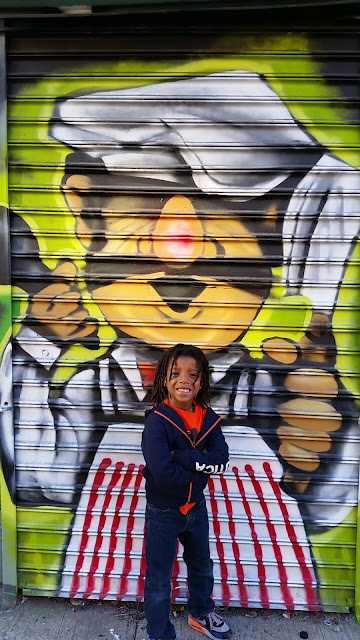 I'm hoping this means we're on the road to redemption as colorful as the streets of Bushwick and that 2017 is filled with lots more Birthday Bashes wit our favorite people!

What's the coolest birthday party you've ever hosted or attended?