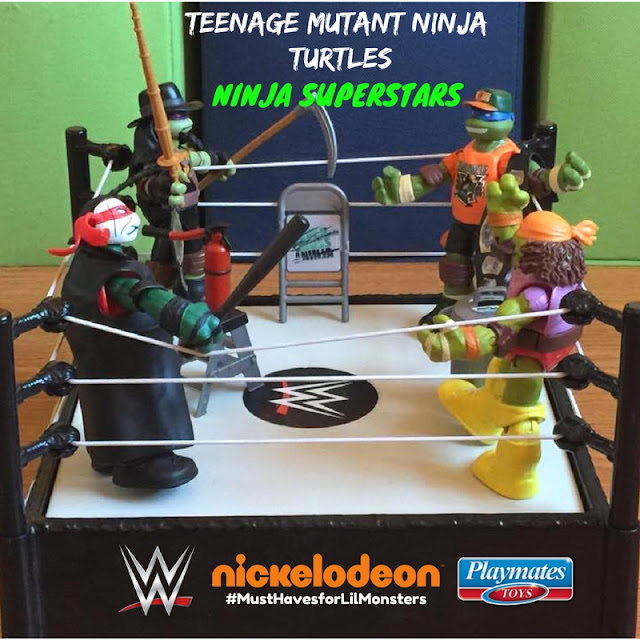 Disclosure: We were provided the action figures to facilitate the stop motion video, no other compensation was received and opinions expressed are 100% our own.

Hands down two of the most iconic brands that I obsessed over as an 80's baby were the WWE and the Teenage Mutant Ninja Turtles, can you blame me? Most people won't believe that my dad & gramps introduced me to what was once the World Wrestling Federation {The WWF} back in the day but it's true she loved watching legendary superstars like "Macho Man" Randy Savage and Sting in the ring. My grandmother would let us stay up late to watch pay-per-view matches, only for us to wake up early on the weekends to binge watch those pizza loving, bad guy fighting TMNT cartoons. I find it just a bit hysterical and pretty damn cool that I have two boys who are also huge fans of both lines, all jokes aside I seriously unwind from a long week tuning in with them and we have a blast! So imagine how hyped we were when we spotted on the Ringside Collectibles Instagram the new WWE Teenage Mutant Ninja Turtles Ninja Superstars from Playmates & Nickelodeon.


Here's what my two lil' monsters thought about the new collectible figures:

Tristan: " They look funny and really awesome, especially John Cena and he even comes with the United States belt! And Taker, it's cool that he comes with a shovel and he wears his hat really low like he does on the show" Check out Tristan's impersonation of The "Macho Man" Randy Savage on Instagram.

CJ: "Their outfits look really realistic to what the superstars would wear in the ring and then kids can really use their imagination when playing. The only thing I wish was that the figures were more flexible so that I could pose them in more ways, especially to make stop motion videos. Overall they're pretty cool! Making stop motion videos takes a lot of patience and you have to be really into it otherwise it won't be as fun & it won't be worth your time."


Here's what you need to know about this fun mash-up: 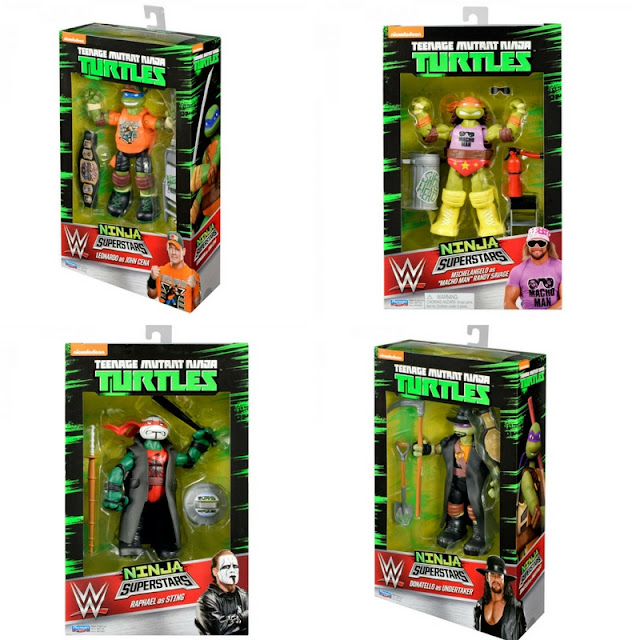 Which of these Teenage Mutant Ninja Turtles Ninja Superstars are
a Must Have for your Lil' Monsters?