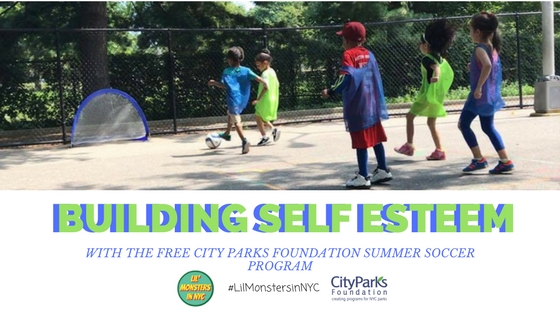 It's the summer Tristan has been waiting for! He's six and a half and finally old enough to participate in the free sports programs hosted by the City Parks Foundation in local playgrounds around the 5 boroughs of New York. Every summer for the last six years he's been watching his big brother CJ leap hurdles during Track and Field at Juniper Park  and practice his tennis swing at Cunningham Park and he's always wanted to step off the sidelines to show his ever growing grit on the field and courts. For the first year ever, the city introduced soccer to the roster which has always been a sport he's wanted to play, so this FREE program was a definite must to add to our Mommy Camp schedule. 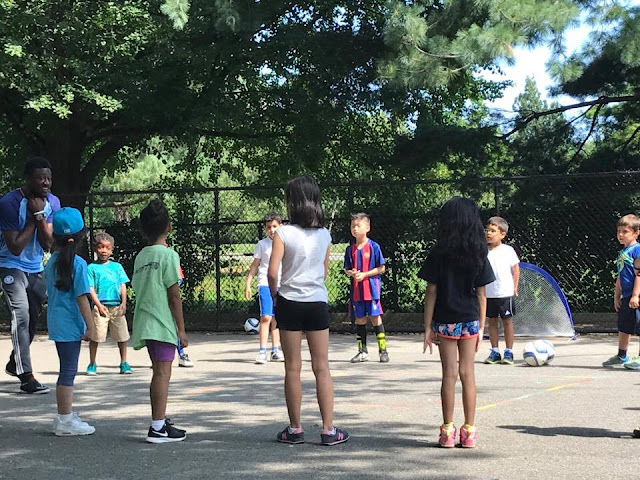 Soccer in Queens is played at The Playground for All Children, which I was familiar with because on summer ventures with my own mommy as a kid we went there often to play in the sprinklers, run around in Flushing Meadows and to grab refreshingly flavored treats from the Lemon Ice King in Corona. Day 1 was great, Tristan was beyond excited and ended up having the best time ever.

Having been on the track team all through middle school and high school and as a student of Tae Kwon Do and Ju Jitsu for years I am a huge advocate for physical activities and team sports. You could find Mike on the basketball courts weekly and he's always talking about us moving to the burbs so that the boys can be involved in higher quality sports programs. Registration fees, deposits, equipment and transportation can all quickly add up so naturally I think these twice a week sessions are a great way to get started without worrying about the investment if it turns out your kid really isn't a fan of the activity. 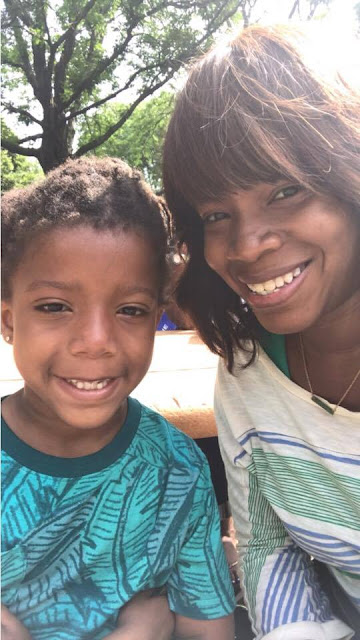 Once we arrived at the park they divided the kids into three groups: 6 to 8 year olds and 9 to 10 year olds and 11 and 12 year olds, the older kids went first. Which meant Tristan got a little antsy waiting for the hour long session with the older kids to end. But it didn't dampen his excitement as he's been dying to play team sports and having a jersey to put on was the icing on the cake! 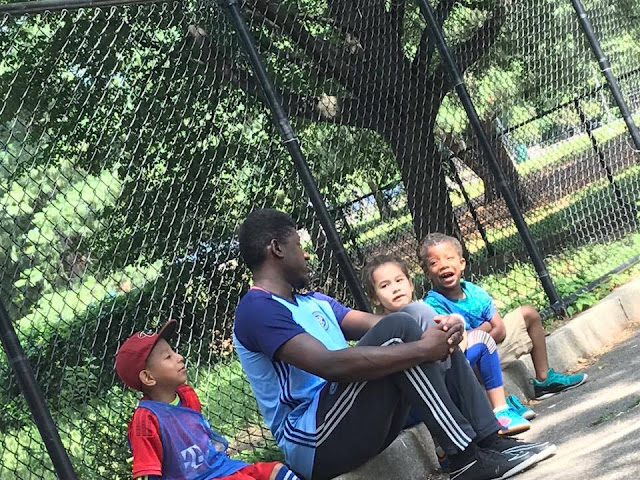 Kwame, one of the instructors was great with the kids, he cheered them on for every ounce of effort they put in, consoled them when they were upset they didn't get the ball or got a boo-boo. 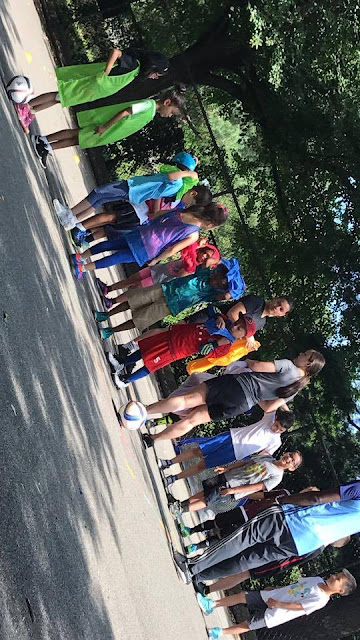 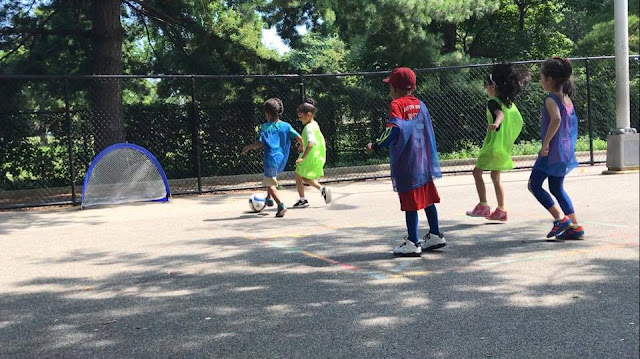 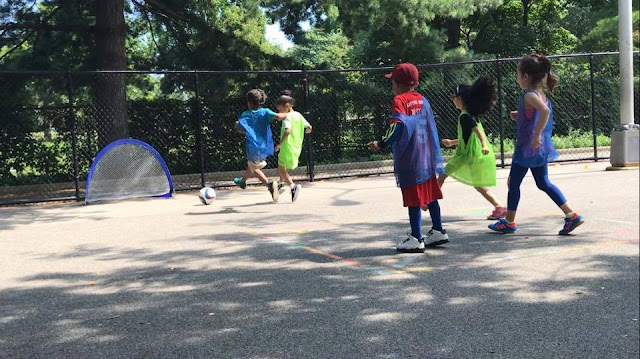 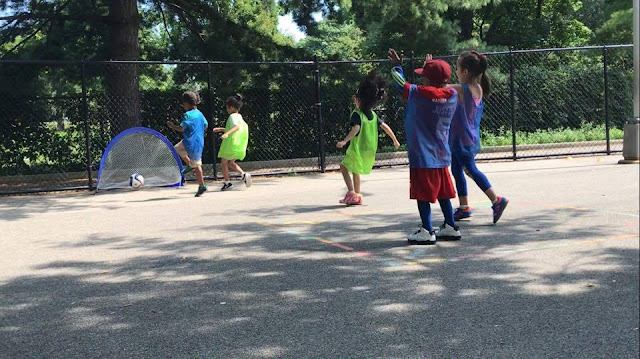 Tristan was the first to score and it made him feel so good to have his new friends and team members cheer him on. The high five from one of the instructors was an instant confidence booster. 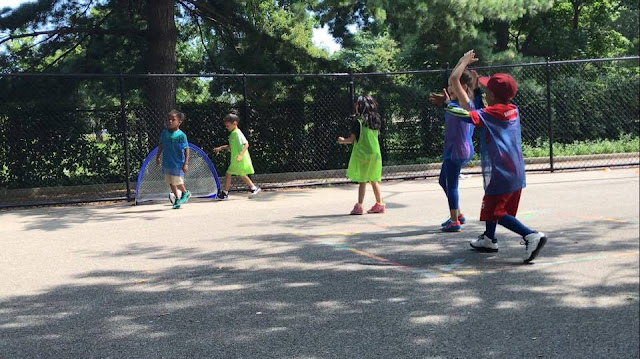 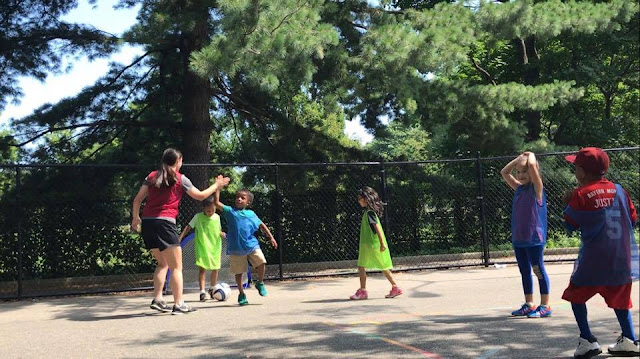 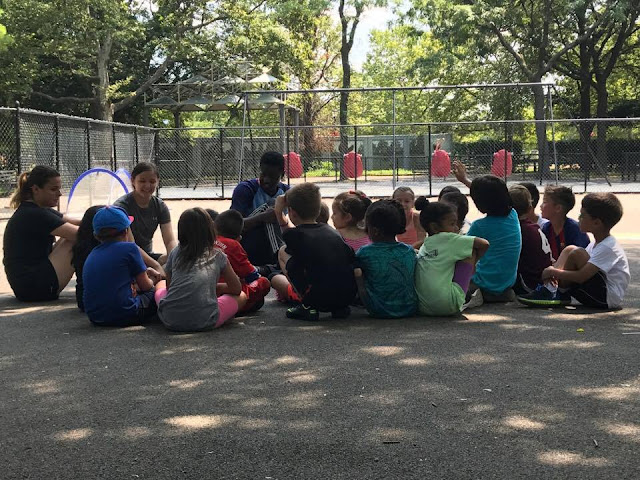 At the end of the session the instructors sat the children down in a circle to reflect on how their first day went. There were mostly thumbs up but a few thumbs down from kids who either got hurt or didn't really get a chance to kick around the ball but they had the chance to voice how they thought the next day could be better.

Along with a few of the other parents, I was concerned about injuries because they were playing on the concrete grounds of the park but ongoing sessions are now being held on the grass areas of Flushing Meadows.

Aside from Soccer, if your looking for ways to keep your lil' monsters busy you can register them for Tennis, Track and Field and Golf.