Sometimes being your friendly neighborhood Spider-Man just isn't enough! Spider-Man Homecoming was released in theaters nationwide on July 7th, 2017 and before it's premier I had the exciting chance to cover a press junket with a few local NYC + west coast bloggers and media. Not only am I not a real reporter, I'm not a "real" blogger but Danielle's long time Queens neighbor, friend since High School & proxy for her blog when she's not available. The movie is definitely thoroughly a high school movie: the actors actually look like teenagers and the relational dynamics they build between the characters are very dimensional.

Having spent my childhood and currently raising my gaggle of three in the borough, extra kudos to Marvel & Sony for making the population of a Queens high school look very ethnically diverse without having to supply an explanation for it. When the producer Amy Pascal was asked during the press junket what was the inspiration for that she answered (rightfully so): "Reality." It got a big positive reaction from the crowd. 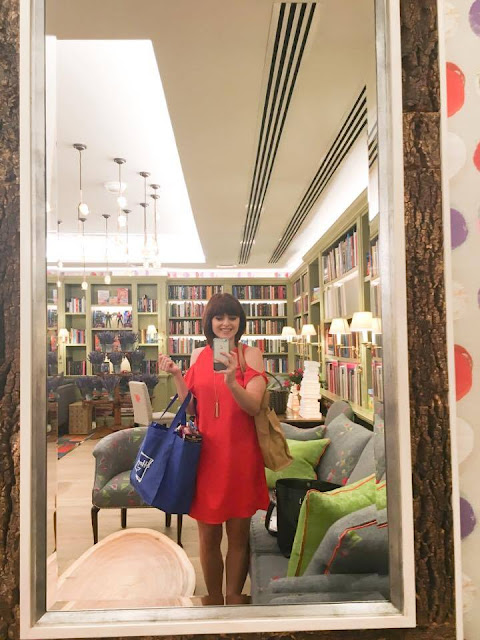 Naturally there's a lot of expectation with this latest installment and we've all been waiting for Peter Parker to find his way home to the MCU.  I have to be honest, I'm very partial to Andrew Garfield and to me Tom Holland did not surpass Garfield in anyway. He is not swoon worthy but what bothered me more, is that the banter just wasn't as quick and sharp as it ought to be. However, he's very good at bringing an complex emotional dimension to the character and does seem to be more aligned to the original Spidey. He's not just emo for emo's sake. 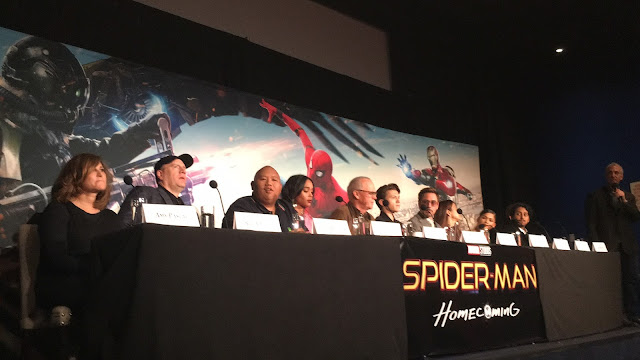 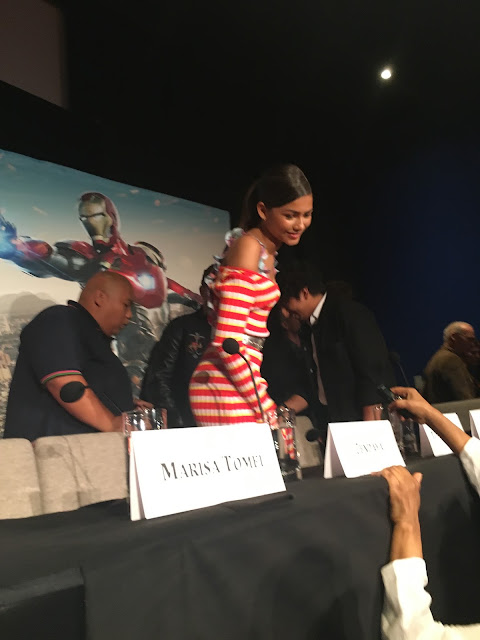 Zendaya played very much against type - unglamorous, reserved, dry-humored - and she totally pulled it off. She establishes her character with very few lines of dialogue but she hooks you which is great because it isn't until the last scene of the movie that we find out she's MJ. 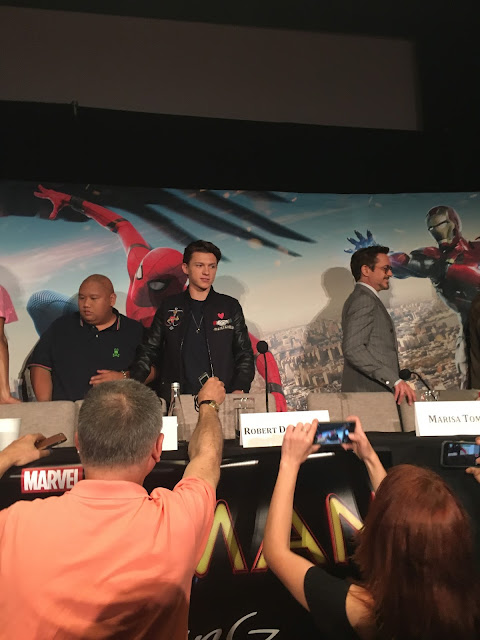 During the junket, the moderator introduced Robert Downing, Jr. as the godfather of the MCU because not only was his first Ironman inaugurated into the MCU but because now his presence threads together all the MCU movies. Watching him, at this point, it's hard to distinguish where Tony Stark ends and RDJ begins. He is always on, which is great for us because he's quick witted and funny but I think he very much melted the character of Ironman into himself. 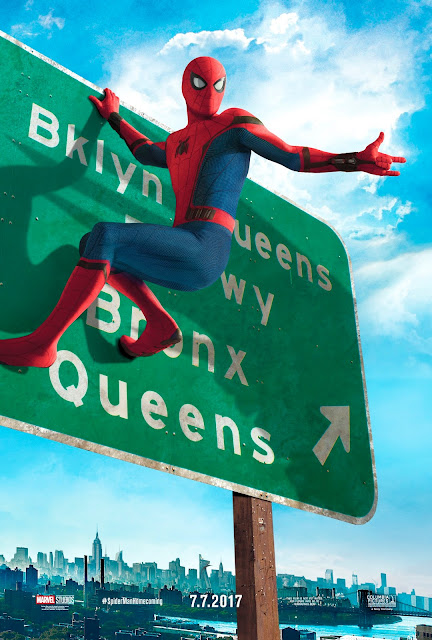 My question for the panel

Me: Hi. Marta from Dellah's Jubilations. A blogger, not a real reporter. (Oohs and hisses from the audience, you'll have to see the movie to get the reference)
RDJ: (without missing a beat and very dryly) Thank you making the distinction. (Laughs)
Me: This question is for the producers. As longtime resident of Queens, is it possible that in the next installments you can film some of the scene here in actual Queens?
(Somebody in the audience shouts out "because he is from Sunnyside." I at this point no longer have the mic but I keep shouting out Queens locations like Riis Park, the courthouse stairs, Corona park.)
Kevin Feige: (very enthusiastically) Yes!
At this point I get the mic back but a commotion has broke out and the panelist are just talking over each other.
Me: "Look I know it's a double edged sword as the hipsters have now discovered Riis Park but it'd be nice to see Queens get some action on screen."
Director: "Yeah I think the World's Fair was in Ironman movies."
Michael Keaton: (turning to RDJ) "Robert, this reminds me about those times when we used to get some action in Queens." (Laughter erupted).


Spider-Man homecoming is a coming of age story, that skips all the rehashing of the origin of our friendly neighborhood Spider-Man and allows us to get excited about the action while still keeping everything entertainingly playful.  Definitely a Go See!

Contributing Writer: Marta Glogowski is a SAHM Queens mama to a gaggle of three, who you can find on Instagram creatively setting pictures to words and giving a voice to the stories we ultimately have to tell for ourselves.
Posted by Dellah at 8:41 AM