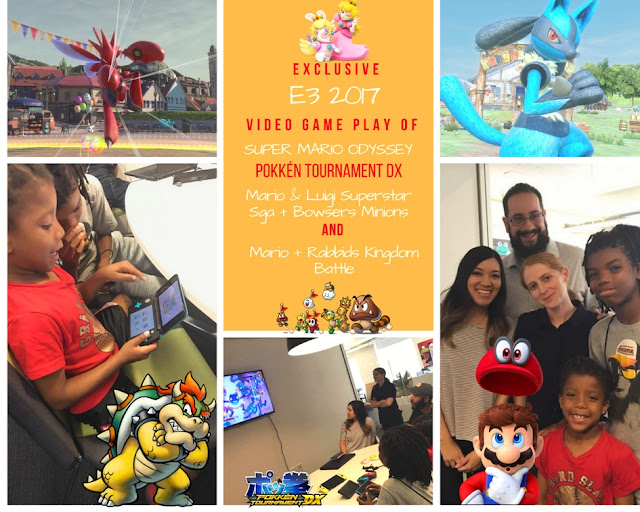 Hey guys it's Chris from Lil' Monsters in NYC and today I'm giving you my input on three new Nintendo games that will be coming out on Nintendo switch soon. My lil' brother Tristan and I had the very awesome chance to visit the Nintendo corporate offices with our parents while getting sneak peeks at the new games

The first game that we got to test out was Mario + Rabbids Kingdom Battle. Now this game really surpassed my expectations and was a really fun and addicting. Did you know that Mario + Rabbids Kingdom Battle Won Best original and Best strategy game at E3 this year? Well that's how amazing this game is. Now you're probably wondering where the crazy awesome Rabbids come in? Well let me tell you what story is: The mushroom world was undergoing chaos when a mysterious vortex appeared in the sky bringing these Rabbids to the mushroom world. So now Mario, Luigi, Princess Peach and Yoshi must team up with the four hero Rabbids on a journey through 4 different worlds to restore peace and order back to the mushroom kingdom.

Exclusively designed for the Nintendo Switch system, I like that the game features a new side to Mario games with turn based game play which allows us players to take our time to position our hero characters and unleash their actions. 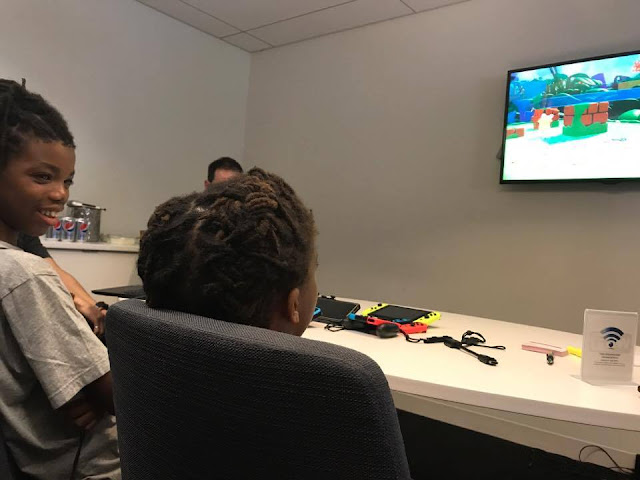 I know that in most Mario games we’ve seen in the past they required strategy to find all three gold star coins and other important items but this game shows so much intensity that it's unlike any Mario game we've seen. The strategy that is required is unreal, there are so many options and you need to know your steps on the staircase to victory. It's really so addicting that all you want to do is play this game all day everyday. Plus there are over 250 different weapons for the 8 heroes to use to combat their enemies. So if you're excited like I'm excited go check out Mario + Rabbids Kingdom Battle in stores on Aug 29,17. 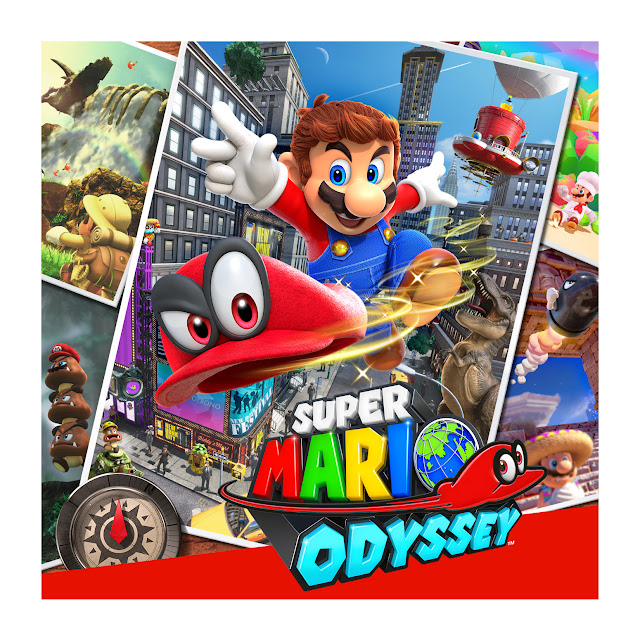 After Mario helps save mushroom kingdom he goes on his own adventure in the 3D game, Super Mario Odyssey. In this brand new open world game Mario goes on his new airship called the Odyssey to explore new worlds and tries to save Peach from Bowser's crazy wedding plans. 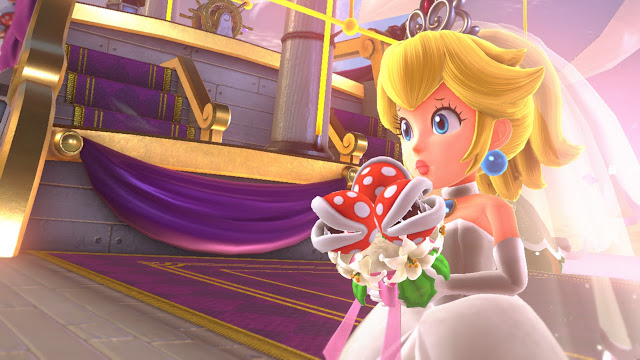 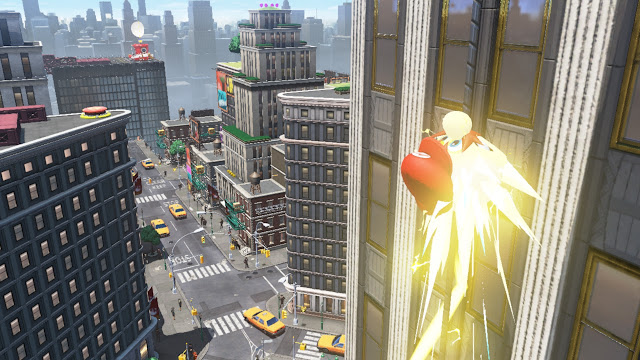 What I love the most is Super Mario's new moves: cap throw, cap jump & capture. And with this magical cap you can control just about everything from goomba's to humans and taxis passing by. And if you want to get to the top of a skyscraper, who wouldn't want to turn into an electrical spark, that can zip to tall heights at lightening speed! 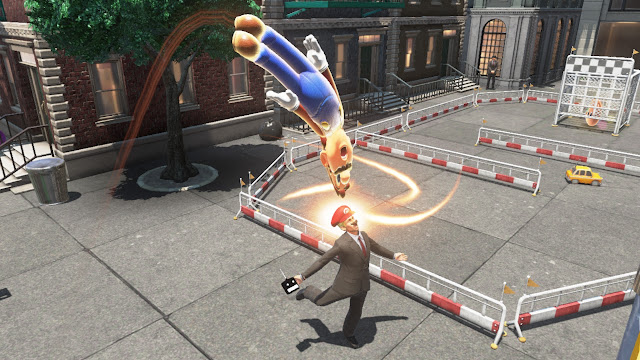 
You can find Super Mario Odyssey in stores October 27,2017 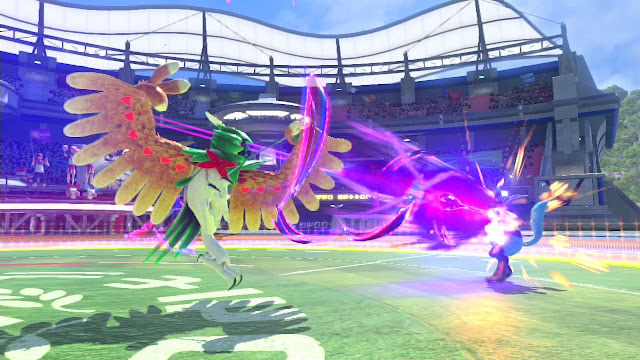 Before leaving the offices we were able to try out the first ever Pokemon title for the Nintendo Switch: Pokkén Tournament DX. It's pretty amazing because you can take direct control of 21 different prized fighters in arena fight. In most Pokemon games you are the trainer telling the Pokemon what do but in this new game you're actually the character and can do your own moves and stuff. 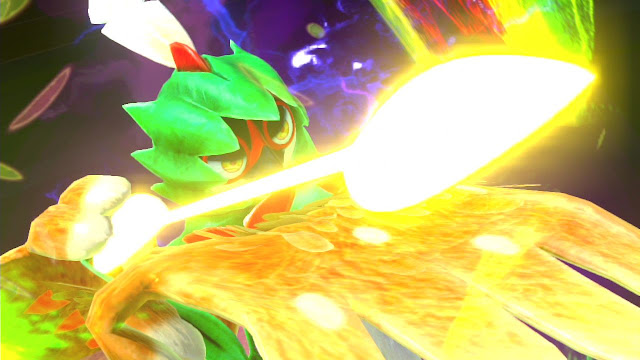 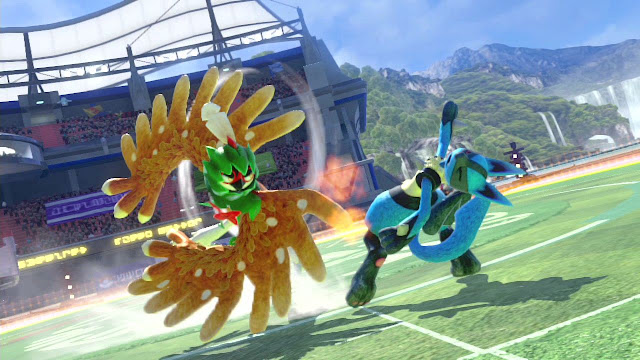 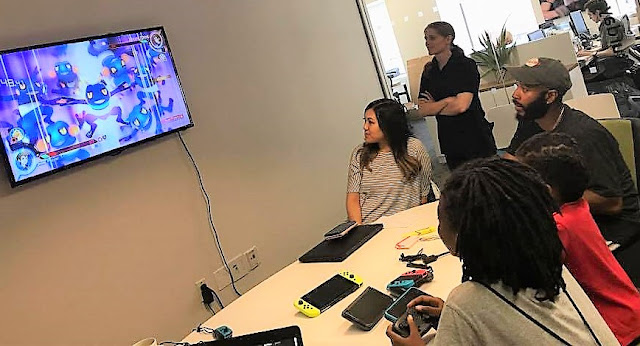 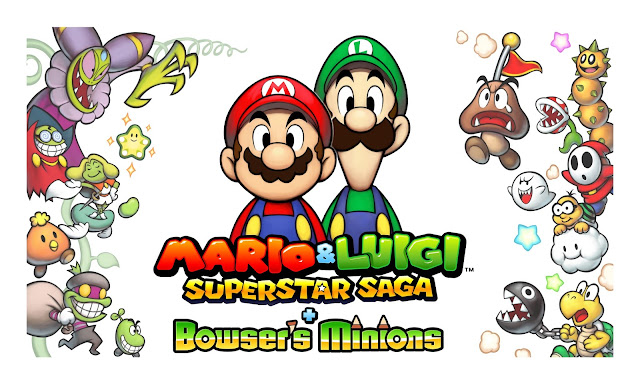 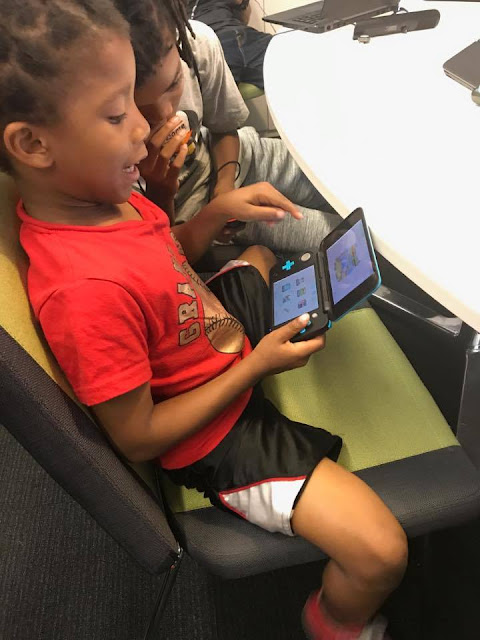 While waiting patiently for a turn, Tristan got his hands on the NEW 2DS XL {in stores on July 28th} and tried out the Mario & Luigi Superstar Saga + Bowsers Minions. The brothers head to the Beanbean Kingdom with Bowser on a mission to save Peach's voice. If you ask him, he thought it was really lit! I liked it because it reminds me of the classic games that my parents played and it has amiibo support. You can find it in stores on October 6th, 2017, just in time for my brother's birthday, ha! 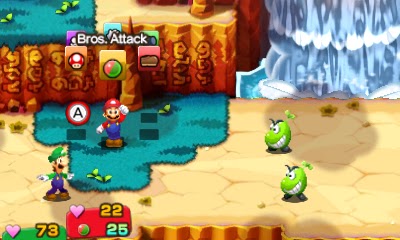 Thank you Team Golin for letting us stop by to play! 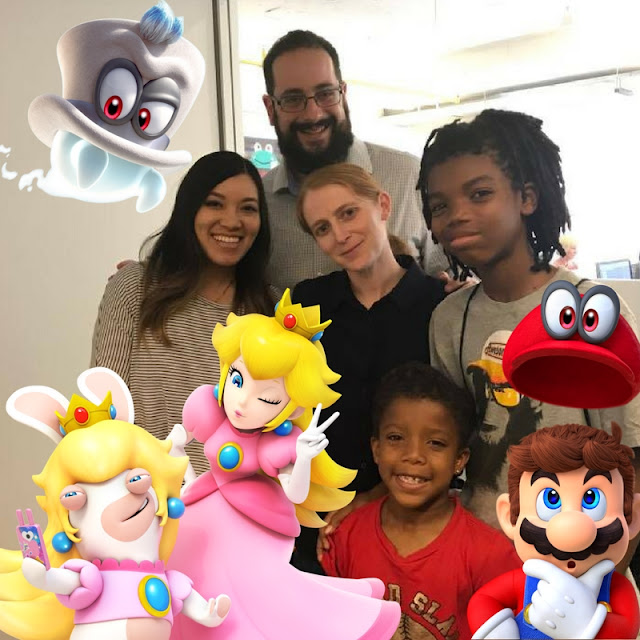 CJ is a tween-aged middle school New Yorker that loves Gaming, making Stop-Motion videos, WWE & of course Bacon. You can check out his adventures with his Lil' Brother on Instagram & Youtube .
Posted by Dellah at 2:00 PM