Microsoft Gaming for Everyone: Celebrating Diversity and Inclusion Among Gen-Z Gamers #MyXbox 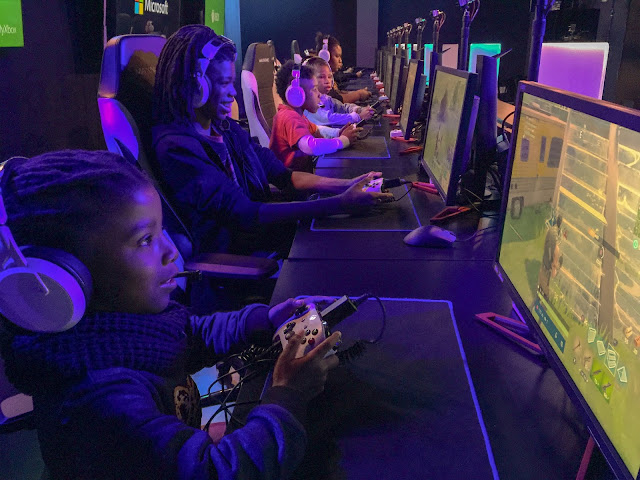 Disclosure: We attended this event as media and opinions expressed are 100% our own.
So, how are you're Fortnite dance skills? If you're a parent of a tween or teen these days I'm sure you're all too familiar with your kids requests for more vbucks to purchase skins and their victorious, orange justice and flossing dance moves. Gaming is pretty big in our house, the common enjoyment of classic games like Sonic the Hedgehog and Super Mario Bros. admittedly was one of things that hubby and I enjoyed doing together when we first started dating. So it's really not a surprise to us that our boys countdown until Friday after-school so that they can power up their Xbox.
African American consumers over-index when it comes to gaming consoles. Sixty-six percent of Black households in the US own gaming consoles, compared to half (51%) of the total population. However, Black gamers feel excluded, unwelcomed, and are disproportionately underrepresented in both video games and in the gaming industry. 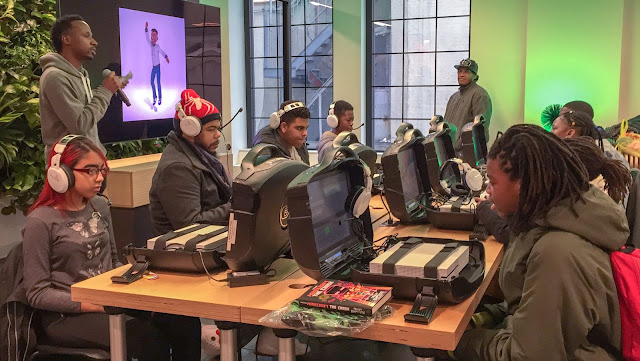 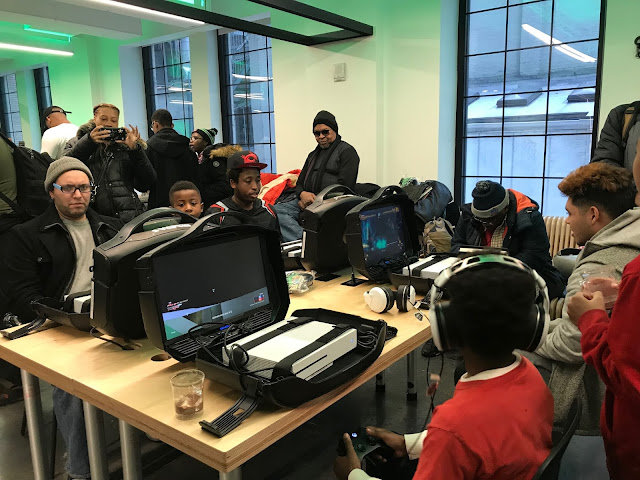 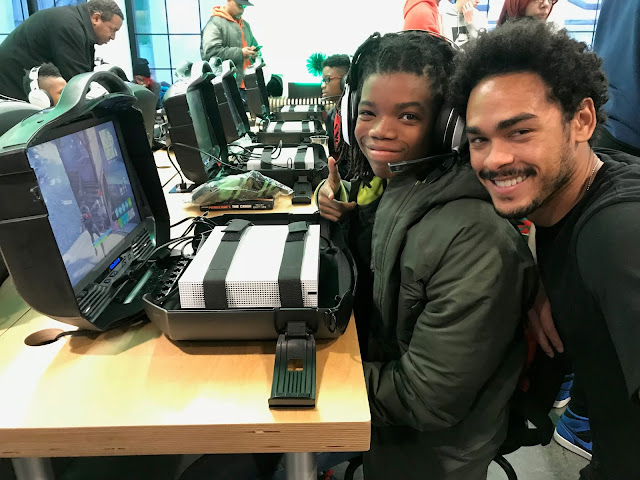 The good news? Microsoft Gaming for Everyone is delivering on the promise of inclusion and commitment to providing meaningful opportunities for Black children and teens to express and celebrate who they are through the Xbox experience, with the #MyXbox Party. The #MyXbox Party uses in-person and virtual Xbox Avatar creation and customization to introduce Black Gen-Z gamers to the console!
By partnering with organizations like Harlem Children Zone for the event, Xbox will provide an opportunity among young people who want to see themselves reflected in the video game industry.
As the first installment of the #MyXbox campaign, the party gave new and existing young Black gamers the opportunity to design their own kind of fun playing blockbuster games like “Forza Horizon 4.”
Geared towards tweens and teens ages 11 to 16 and their families, we joined Emcee: Xbox Community Lead Malik Prince and guestsPower 105.1 The Breakfast Club Co-host Angela Yee and Actor and Xbox Gamer Trey Smith (yes! that's Will Smith's son!) 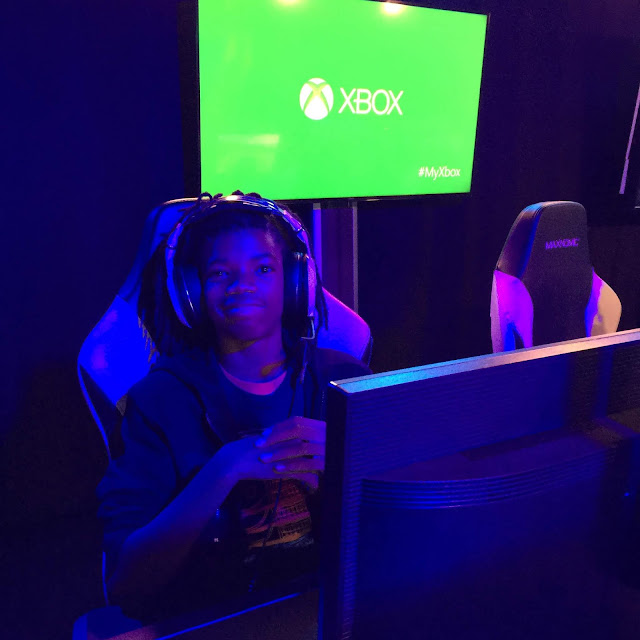 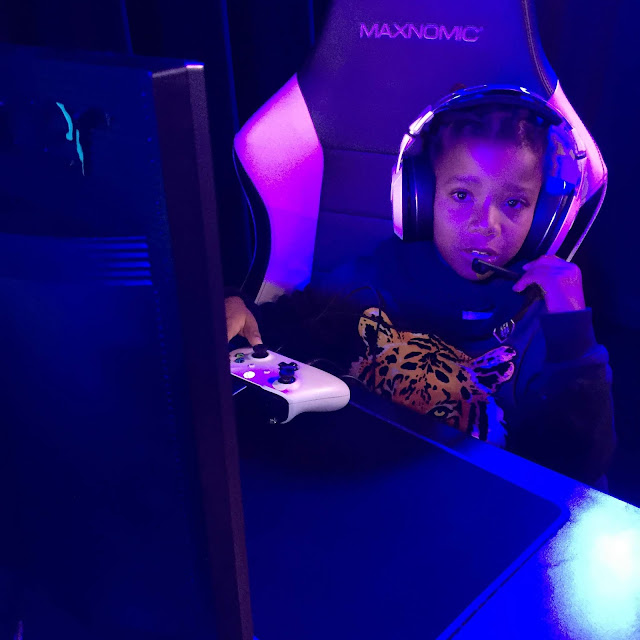 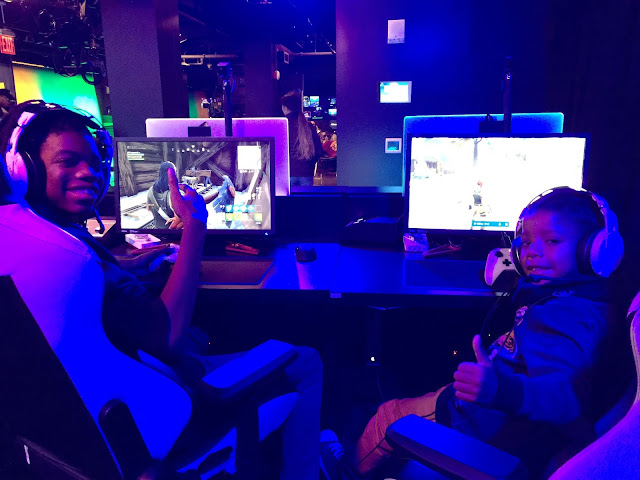 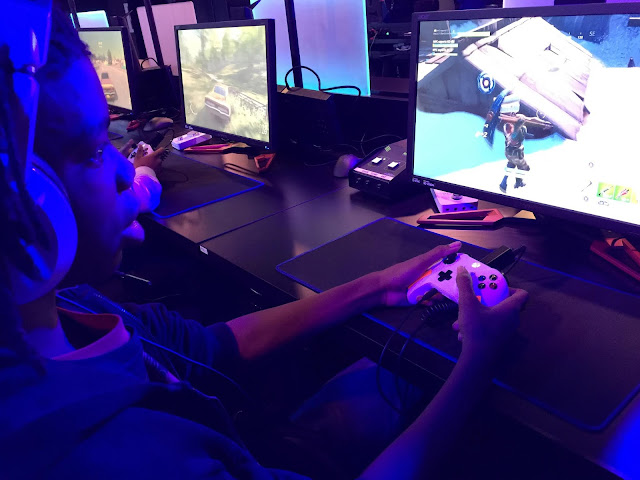 Undoubtedly CJ and Tristan had a blast playing their favorite games with other fanatics just like them especially since their Xboxone crashed {I joke that the universe was telling them that they play way too much).

We had no idea how cool the Flagship Fifth avenue MIcrosoft store was - we learned that they have weekly Friday Fortnite tournaments from 5:00pm to 9:00pm  where visitors of all skill level can play and win lots of cool prizes and a series of monthly events for classic games like Street Fighter and newer titles like FIFA19.

The boys loved putting on their headsets and feeling like they were really apart of a competition in the super cool Esports studio, as you can imagine it was pretty hard to get them to leave! Once the weather warms up I know we'll be making trips to the city to kick off their weekend game play. 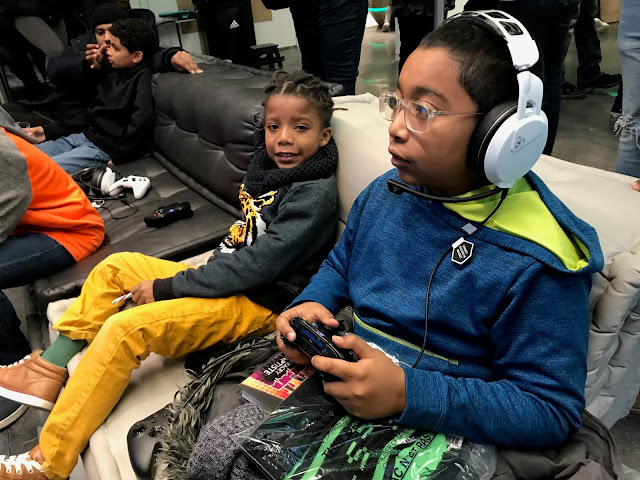 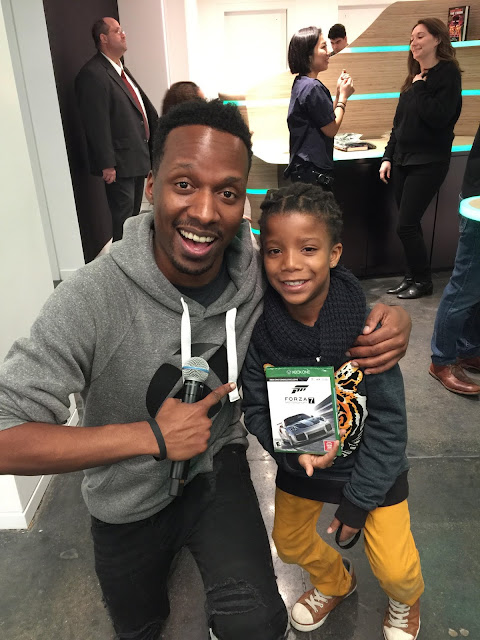 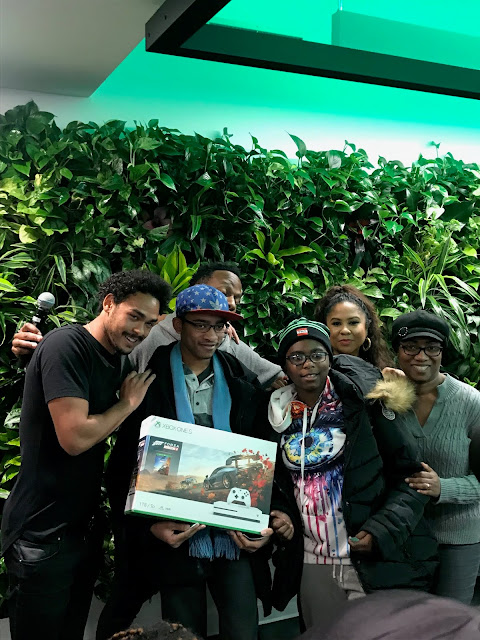 Of course it wouldn't be a real party if there wasn't a dance off! Mini gamers eagerly volunteered to show off their best Fortnite inspired dance moves and walked off with some fun new games. There was also an amazing raffle where very lucky guests took home a new console.

The amazing thing about the community of gamers is that they all mutually enjoy playing and despite their differences there's a common love of video games that naturally brings kids of all ages together. I commend Microsoft for seeing the importance of supporting inclusion by designing avatars that resemble their biggest fans and looking forward to seeing more diversity.

Are you a family of gamers? What are some of your favorite games right now?