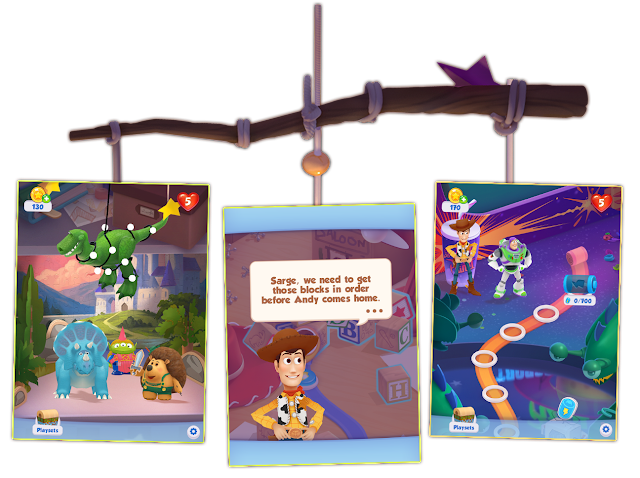 Big fish games recently released Toy Story Drop!, a new mobile game fully themed in the Toy Story universe and it's been the perfect way to keep Disney and Pixar fans preoccupied while waiting for Toy Story 4 to hit theaters on June 21st. The new game will include characters, friendships, locations, environments and motifs from the entire Toy Story universe, including the latest installment.  Players progress through gameplay by matching, dropping and clearing hundreds of exciting puzzles to help favorite characters like Woody and Buzz Lightyear overcome larger-than-life obstacles as they journey across iconic locations such as Andy's Room and Pizza Planet. 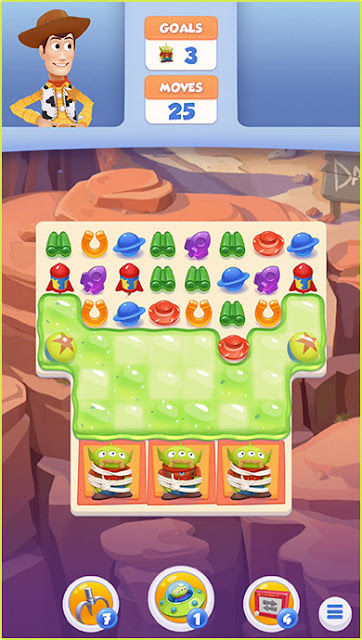 Players can also unlock bonus gameplay driven by new Toy Story narrative adventures inspired by the toys’ unique worlds. Players can help Sheriff Woody and his posse of friends track down Evil Doctor Porkchop who has robbed the bank, or join Buzz Lightyear to protect a top-secret prototype from Zurg’s clutches. 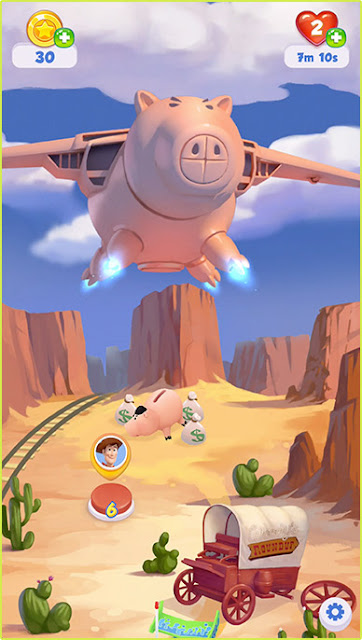 Toy Story Drop!, by the developer of Gummy Drop!, is available worldwide on the App Store, Google Play and the Amazon Appstore and it is coming soon to the Microsoft Store on Windows 10. To learn more, please visit: www.toystorydrop.com and follow Facebook, Twitter and  Instagram.
Posted by Dellah at 1:21 PM