Disclosure: We were provided tickets to attend an advanced screening

NYC pigeons are pretty bold and unassuming and most times they don't even flinch a feather when you pass them in the streets. They really have a lot of nerve! After experiencing an early preview of the new Twentieth Century Fox and Blue Sky Studios production of Spies in Disguise during the Geekly Retreat, I'm realizing the reason they're the most common creatures found across the globe is that they obviously must be top-secret international agents out to save the world. Ha!

Could you imagine if every NYC pigeon you'd ever passed on your walk to the subway or while sitting in Central Park was really a spy?

Super spy Lance Sterling (Will Smith) and scientist Walter Beckett (Tom Holland) are almost exact opposites. Lance is smooth, suave and debonair. Walter is … not. But when events take an unexpected turn, this unlikely duo is forced to team up for the ultimate mission that will require an almost impossible disguise – transforming Lance into the brave, fierce, majestic… pigeon. Walter and Lance suddenly have to work as a team, or the whole world is in peril. “Spies in Disguise” flies into theaters this Christmas.
Facebook | Twitter | Instagram |Trailer 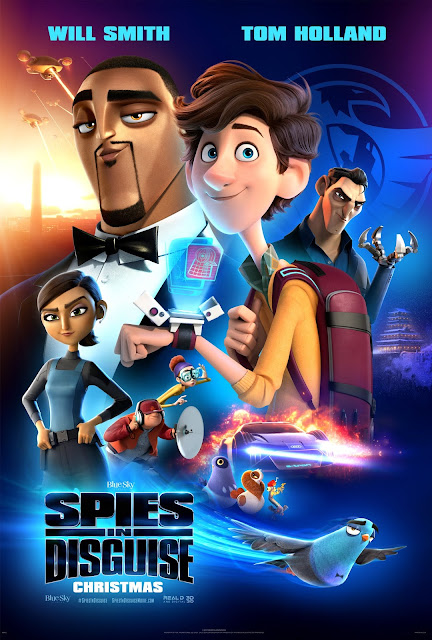 You Must grab FREE passes to the upcoming NYC Advance screening on Saturday, December the 14th, 2019 @ 11:00 AM
Where: AMC Lincoln Square (1998 Broadway, New York, NY 10023)
*Please note that Dellah's Jubilation is not responsible for issuing passes. Passes do not guarantee seats so please ARRIVE EARLY as availability is first come first serve.

Grab your passes using the giveaway tools below and enjoy the movie!