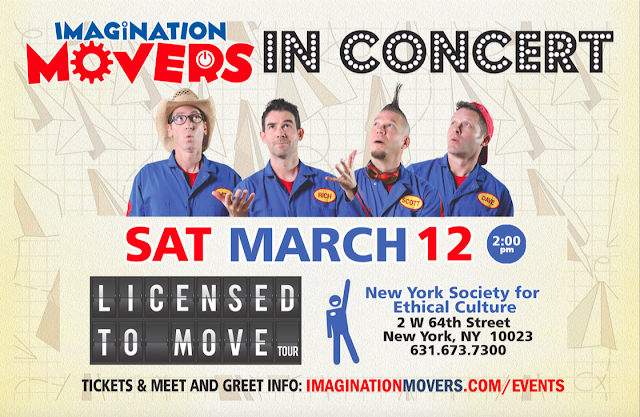 As parents, we have all employed the power of music for the benefit of our kids. The exposure to varying types of music from lullabies to nursery rhymes, theme songs of their favorite shows, to even simple and unique melodies we make up for our children play an important role in our kids’ development. I tend to let my musical side come out by constantly making melodies for my three year old baby girl of the most mundane things. She is a lover of music and so I have found that is a great way to reach her even in her crankiest of moments. There is no better feeling for us than to find that magical way where we can entertain our children while teaching them.


Four dads from New Orleans have found a way to do exactly that. Rich Collins, Scott Durbin, Dave Poche, and Scott “Smitty” Smith had an idea that all parents have but few are able to bring to life, to give children a television show that caters to them both visually and aurally without being condescending. Out of this ordinary idea came something extraordinary: the Imagination Movers. From entertaining to teaching and all that lies in between, these four dads use music  to address eating habits, bedtime monsters, the days of the week and many more fun themes found in 75 episodes over three Disney produced seasons. 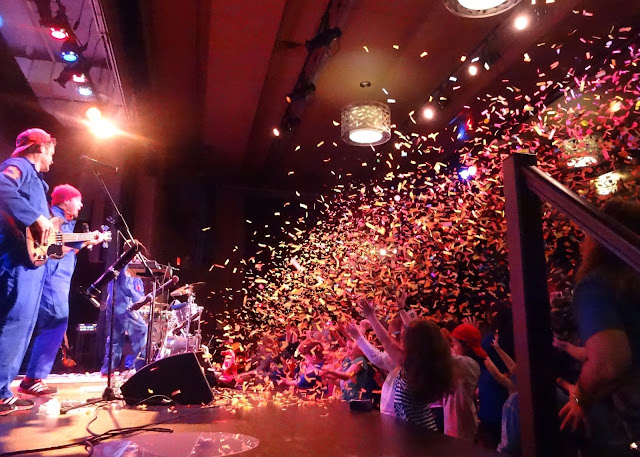 As an urban dad, it is great to find a high-energy kids band that presents my daughter with music that uses instruments and melodies that she wouldn’t often hear. The Imagination Movers have combined a few genres in order to reach kids everywhere and are described as a combination of the Red Hot Chilli Peppers and the Blue Man Group making them an exciting mix of pop/rock. Combine that, and the fact that these entertainers are also goofy dads, and you’re in for an incredibly fun show full of great music and onstage shenanigans.

The Imagination Movers have become an international phenomenon that continues to grow. The show now airs in over 55 countries, selling half a million CD’s and DVD’s while touring throughout the country and are currently developing an animated series called “Super Movers”.

The Imagination Movers bring their unique brand of children’s entertainment with the motto of “reach high, think big, work hard, have fun!” to New York City’s The Concert Hall at New York Society for Ethical Culture on Saturday, March 12th and to Huntington’s The Paramount on Sunday, March 13th. Take a listen down below to some of their latest tunes, get moving and catch a show.

The Concert Hall at New York Society for Ethical Culture

Dad Contributor: SG has a daughter and works daily to cohesively co-parent with her mother here in NYC. He is a CUNY graduate with a bachelor's in Public Administration and a minor in English. He works at a NY accounting firm during the day but his passion lies in the arts.