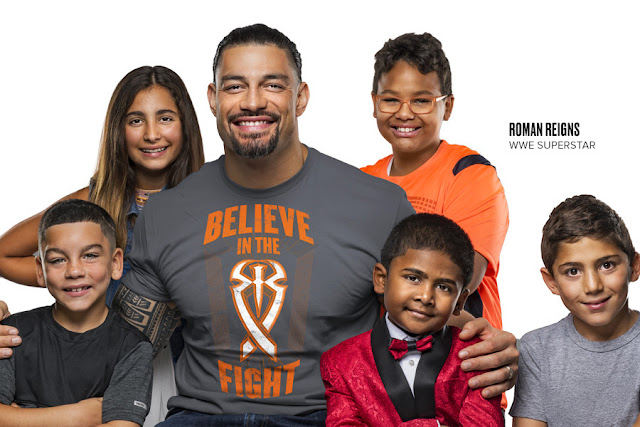 Despite the screaming fans and blinged-out championship belts, I try to remind my boys that their favorite WWE superstars are really just everyday people who face up and down moments juts like the rest of us. When you think of the high-energy talent that battles it out, night after night, it's hard to believe that our fave wrestlers could be faced with a life-threatening illness while still trying to entertain thousands of fans. This week Roman Reigns opens up about his battle with Leukemia and his partnership with Leukemia Lymphoma Society as part of his commitment and determination to keep fighting for patients and families. 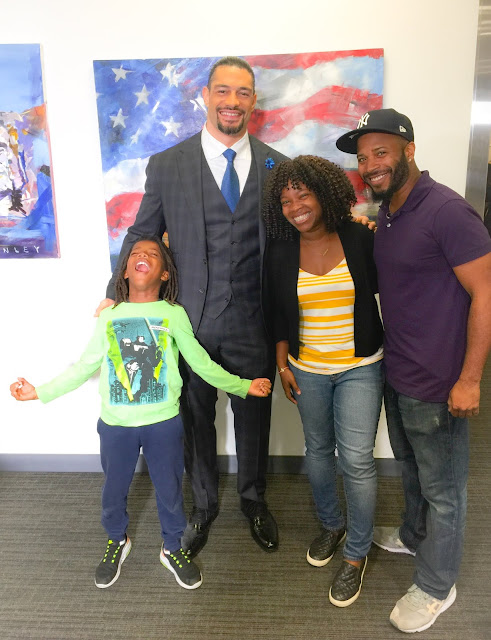 From the moment we first saw Roman Reigns live, in a match with his tag team The Shield during Extreme Rules, to our recent meet and greet with him during a segment at FOX and Friends, we've always been fans of his colossal strength and influence in and outside of the ring. Knowing that he'd be in town to celebrate SMACKDOWN heading to FOX on Friday nights and his new partnership announcement, I reached out to the Fox and Friends team that the boys have done toy segments with to arrange for a surprise meet and greet.

We woke up crazy early for what we thought would be just a quick hello and a snap of a few pictures. Roman was the sweetest to Tristan and not only took pics before his first airing but asked if we planned to stick around while he shot all of his footage that morning and it was an incredible experience.

Tristan not only had the chance to tell the story of how he earned the scar above his eyebrow trying to replicate The Big Dogs iconic spear move on his big brother but he also had the chance to chat him up about upcoming matches and the road to Wrestlemania with a few questions that Roman suggested would help warm him up before going on air. Clearly, a priceless moment we'll never forget. 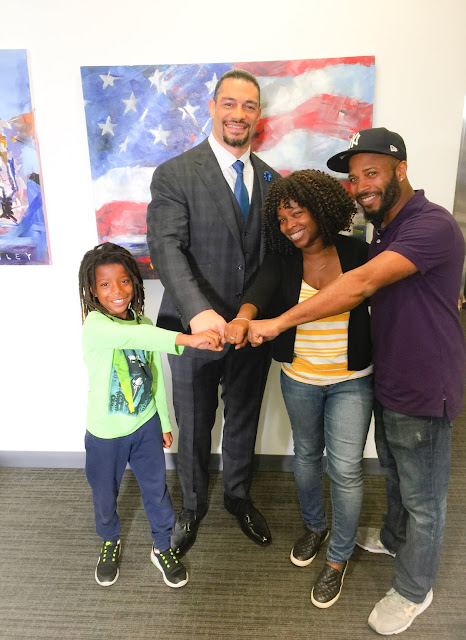 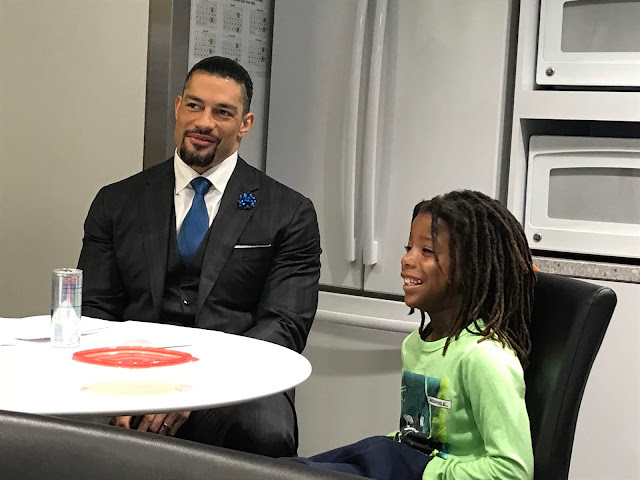 Reigns’ personal journey with leukemia began in 2007 when he was diagnosed with CML at age 22. He battled and beat the disease; however; 11 years later, Reigns’ cancer returned, and he was forced to relinquish the Universal Championship and take time away from WWE. After facing down cancer for the second time, Reigns made a heroic return earlier this year.


“My own journey with leukemia inspires me to do whatever I can to help young cancer patients,” Reigns said. “I know how tough it is to deal with cancer, and I want to show people that even someone like me can be knocked down, but with the right treatment and support, we can get back up to fight another day. That’s why I’m so honored that WWE and I are helping The Leukemia & Lymphoma Society spread the word about the great work LLS is doing to find new and better treatments for kids and provide financial assistance to families struggling with a cancer diagnosis.”


The LLS Children’s Initiative addresses the need for more to be done now. While there have been more than 40 treatments approved by the FDA in the past two-and-a-half years for adults with blood cancer, only four therapies have been approved in the past three decades for first use in children with cancer. And the children who do survive face a lifetime of deadly complications from toxic treatments. Leukemia is the most common cancer diagnosed in children and the second-leading cause of cancer death for children. 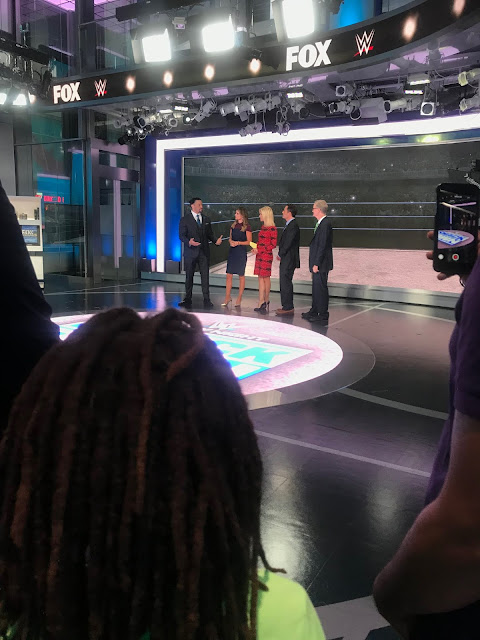 While progress has been made in finding new treatments and even cures for some cancers, few new, less toxic treatments have been approved for childhood cancers, including leukemia. LLS recently launched The LLS Children’s Initiative to tackle pediatric cancer from every angle by doubling its investment in pediatric research, strengthening patient support services, including back-to-school resources, family support groups and financial assistance, and advocating for policies that will ensure coverage for treatment and care. As well, LLS will launch a first-of-its-kind clinical trial for pediatric leukemias in 2020. The PedAL Master Clinical Trial is a bold, precision medicine approach to using genomics to target therapies for children. 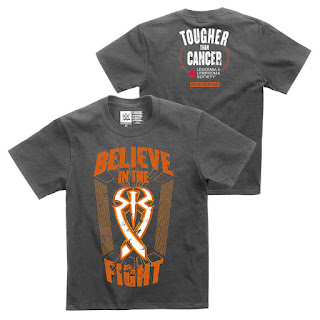 Through this partnership, WWE and Reigns will generate awareness and support for research to find new, less toxic treatments for childhood cancers, and LLS’s unique educational and support services for patients and families, including financial assistance. WWE will use its global platforms, including TV broadcasts, Live Events, WWE Network and digital and social media to support LLS’s mission. In addition, a portion of sales from select Roman Reigns merchandise will be donated to LLS.
Posted by Dellah at 5:42 PM