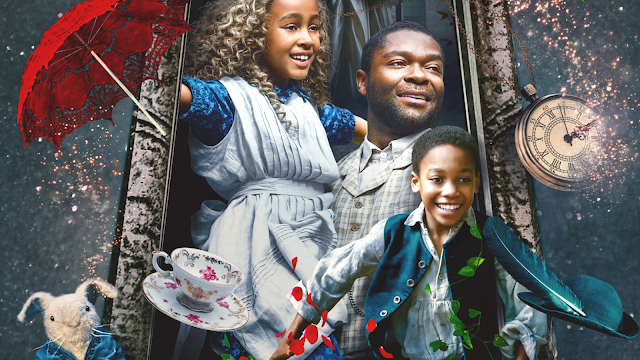 The film 'Come Away' from Relativity Media isn't an actual Disney movie but it is based on the iconic stories of Peter Pan and Alice in Wonderland. Directed by Brenda Chapman who also worked on Disney Pixar's 'Brave', this new family-friendly adventure excitedly has a diverse cast of leading actors. We've got your FREE passes to see the film on 11/11 before its theater release on Friday, November 13th.
Lately, there have been numerous prequels and live-action movie remakes created for the big screen, what are your thoughts on many of these classic stories being reimagined with actors of color?
This fall Yara Shahidi recently announced accepting a role as Tinkerbell in Disney's upcoming live-action Peter Pan to the disappointment of many and last year folks dang near lost their mind at the thought of their beloved Ariel of the Little Mermaid being played by singer Halle Bailey. I'll never understand what the big deal is, when the characters are fictional, to begin with.
And then there are those who've voiced that we need to stop remaking films and come up with more original concepts and characters altogether. Where I do agree and find myself hoping for more imaginative works,  I'm always down to see a fresh spin on traditional tales I grew up with as a kid that inspires children of all ages and allows young Black and Brown children of today to see themselves in such imaginative toles.
While watching the trailer my own tween was instantly mesmerized by a scene featuring the rambunctious Pan and The Lost Boys but my hubby was completely annoyed by the idea that suddenly Peter Pan and Alice in Wonderland are brother and sister.

In this imaginative origin story of two of the most beloved characters in literature – Peter Pan and Alice in Wonderland - eight-year-old Alice (Keira Chansa), her mischievous brother Peter (Jordan A. Nash), and their brilliant older sibling David (Reece Yates) let their imaginations run wild one blissful summer in the English countryside.

Peter, eager to prove himself a hero to his grief-stricken and financially-struggling parents, journeys with Alice to London, where they try to sell a treasured heirloom to the sinister pawnshop owner known as C.J. (David Gyasi). Returning home, Alice seeks temporary refuge in a wondrous rabbit hole while Peter permanently escapes reality by entering a magical realm as leader of the "Lost Boys." 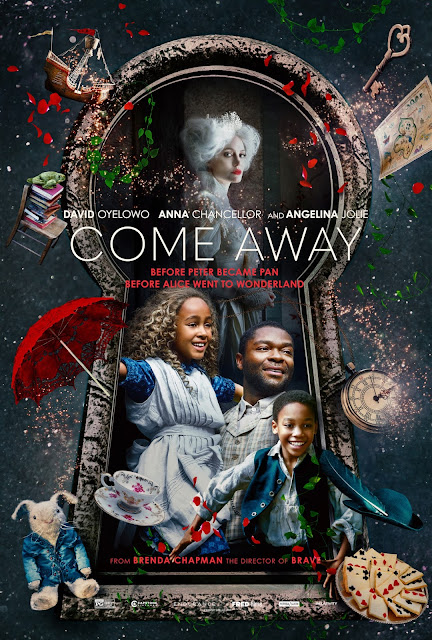 This Wednesday, November 11th, you and your favorite people can join us for a Free virtual screening of 'Come Away' at 7pm Eastern time.
To grab your passes just use the giveaway tools below and make sure to enter your email to subscribe to our site so you don't miss out on all the fun giveaways and screening passes we have to share with all of you.
Then Click on the GoFobo Box for the link and once you're on their page click on the box that says "RSVP" at the top to grab your pass.
That's it, easy peasy, we hope you enjoy your movie night!
Entry-Form
Posted by Dellah at 1:02 PM